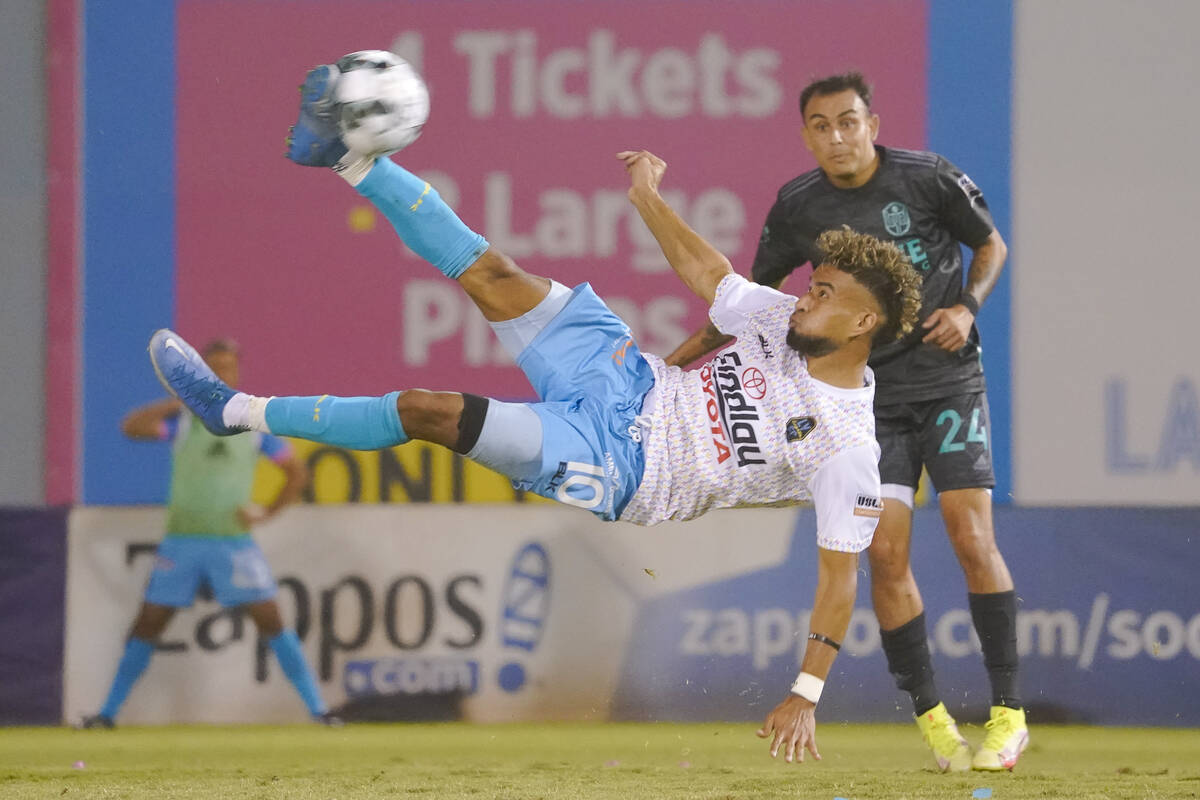 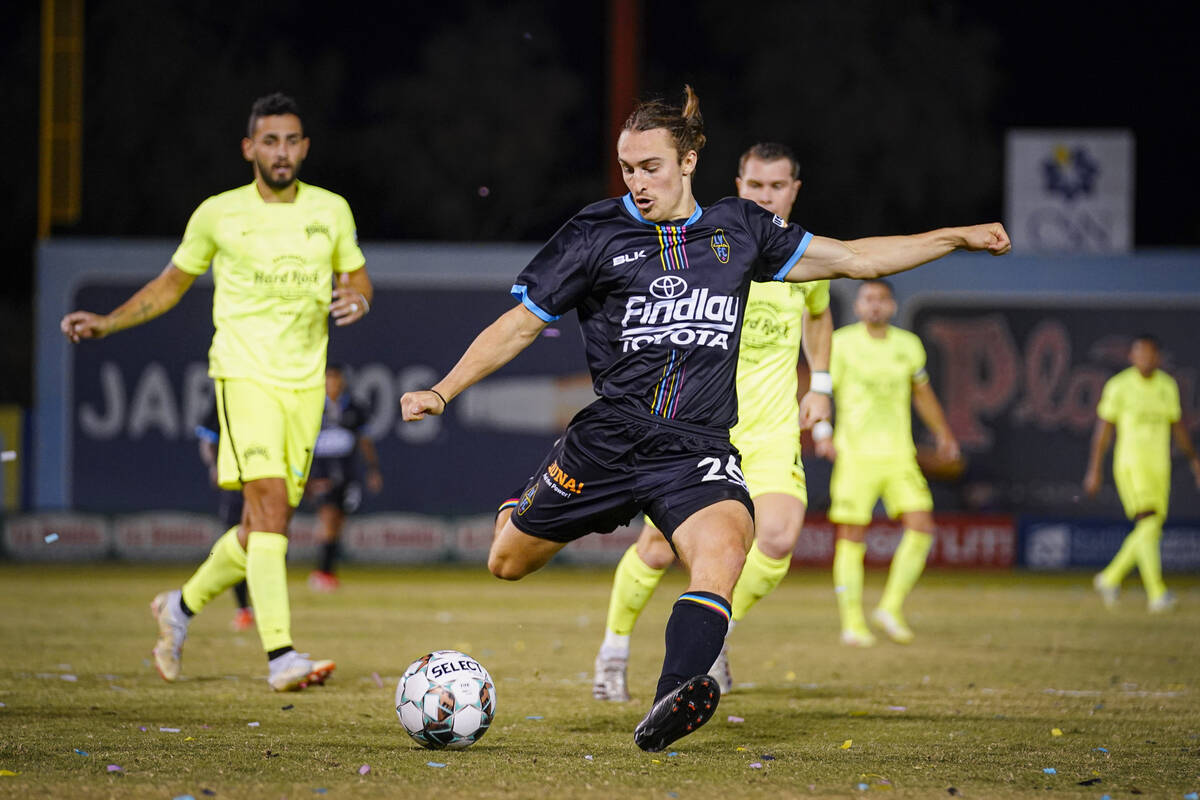 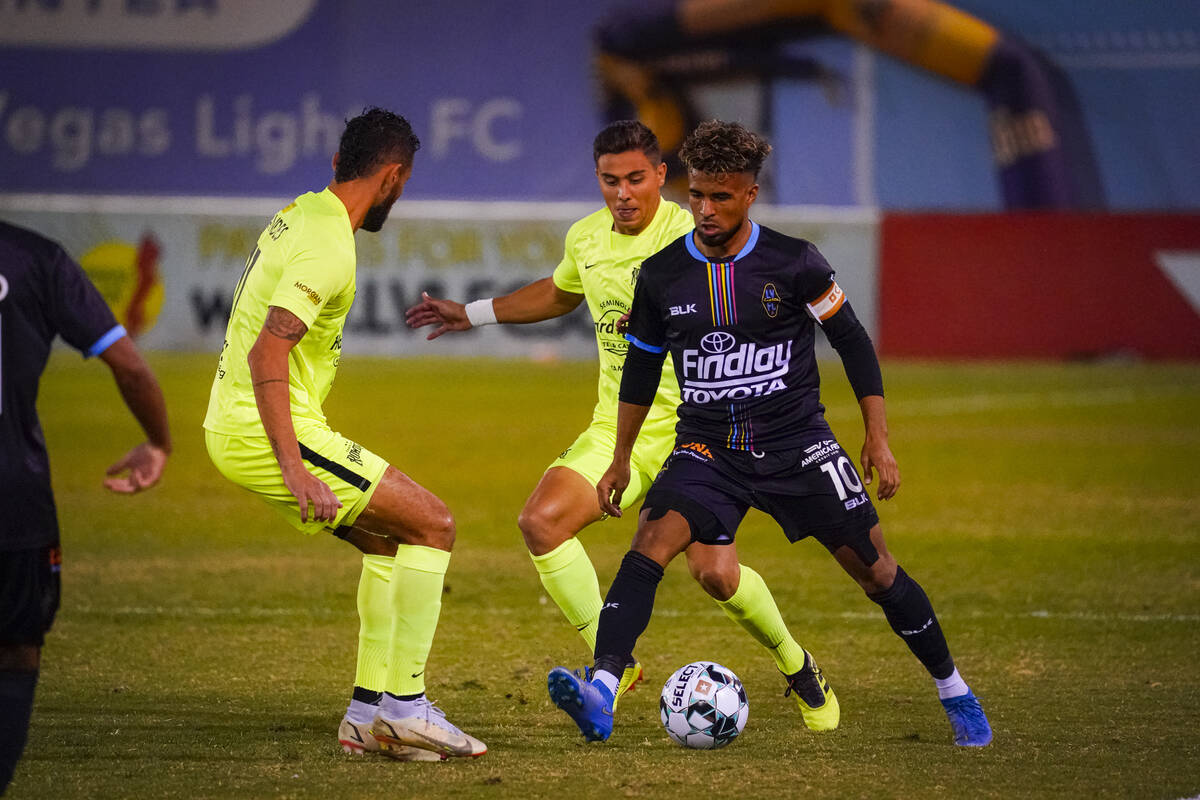 Danny Trejo dribbles the ball against a pair of defenders. (LV Lights Communications) 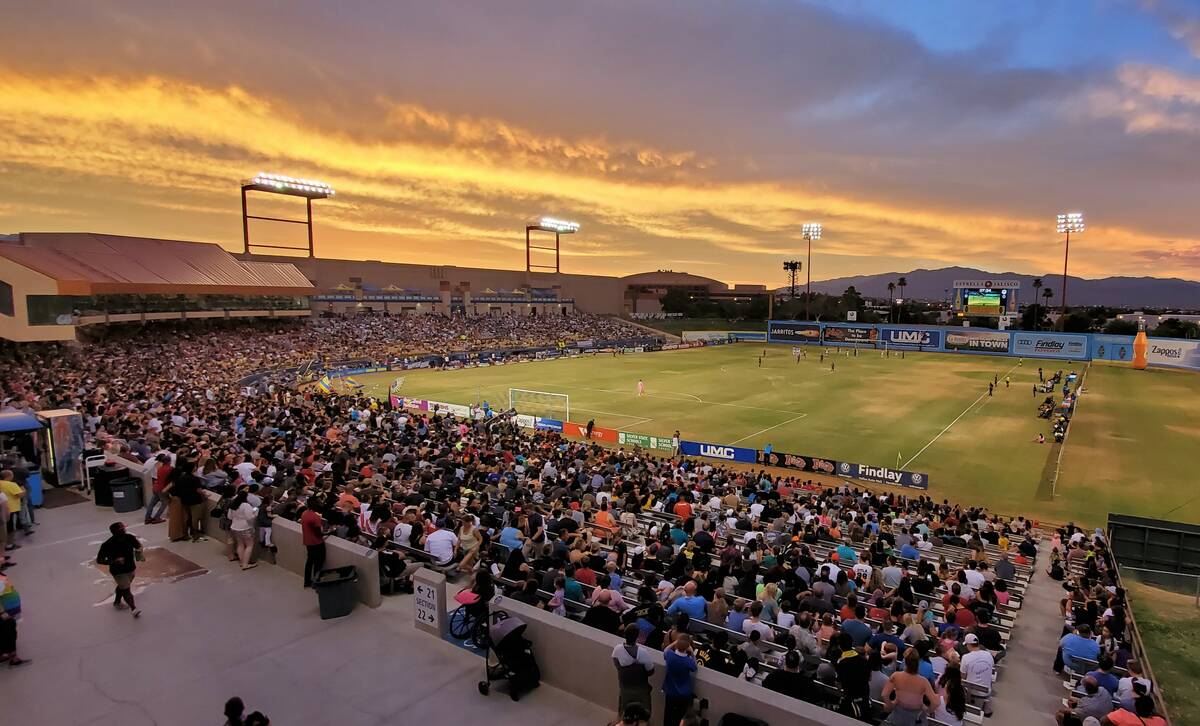 A view of Cashman Field, the home of the Las Vegas Lights, during a game. (LV Lights Communications)

Las Vegas Lights coach Enrique Duran’s messages to his players as they prepare for the upcoming season have been simple. Compete on every possession of every game and play together as a team.

Duran, who takes over as head coach after serving as an assistant last year, believes that is the best way for the Lights to improve from last season. He sees his messages resonating with this year’s team.

“They are starting to understand that the message of being a team is the only way to compete at the level they should be,” Duran said.

The Lights begin their 2022 campaign Sunday on the road against New Mexico United. Last season, the Lights finished in last place in the Pacific Division of the United Soccer League with a record of 6-23-3.

Throughout training camp, Duran and his staff have challenged the players with a demanding practice regimen. Making his team go through adversity on the practice field is what Duran said his team needs to reach its goals.

Midfielders Danny Trejo and Frank Daroma also return. Trejo struggled to stay on the field due to injuries, but scored four goals in his final nine appearances. Daroma led the Lights in minutes played and will be expected to help win battles for the ball to help the Lights control possession.

Another returnee is defenseman Dekel Keinan. Late last season, Keinan felt the team struggled with its consistency. It is something he, as one of the more experienced players on the team, is hoping to help correct.

“It’s a big issue to stay consistent and disciplined for the whole 90 minutes,” Keinan said. “If we’re be able to do that for a long period of the season, I think it will be a huge step forward.”

Duran wants his team to be known for a style of play that makes it clear his players “enjoy having possession of the ball.” He wants them to take advantage of ball possession to create as many chances as possible offensively.

On defense, he wants his team to be aggressive and pressure the opponent, which will help them control the ball.

The Lights played four scrimmages as part of their preseason training. Duran saw his team improve throughout the scrimmages and become comfortable with the systems he is implementing.

“The players are starting to understand these concepts and ideas that should be helping us to provide that style that should match the characteristics of the players we will have on the field,” Duran said.

Keinan said he thought the scrimmages were important to help the team build on-field chemistry and confidence that they can compete with every team in the USL.

Duran knows he will be tasked with keeping his team together and focused on consistently competing at a high level. He sees his team embracing his approach.

“We are trying to play a beautiful style of soccer, but sometimes you will have to do whatever it takes to win games,” Keinan said. “And I think that’s a very important part of developing young guys and to winning.”