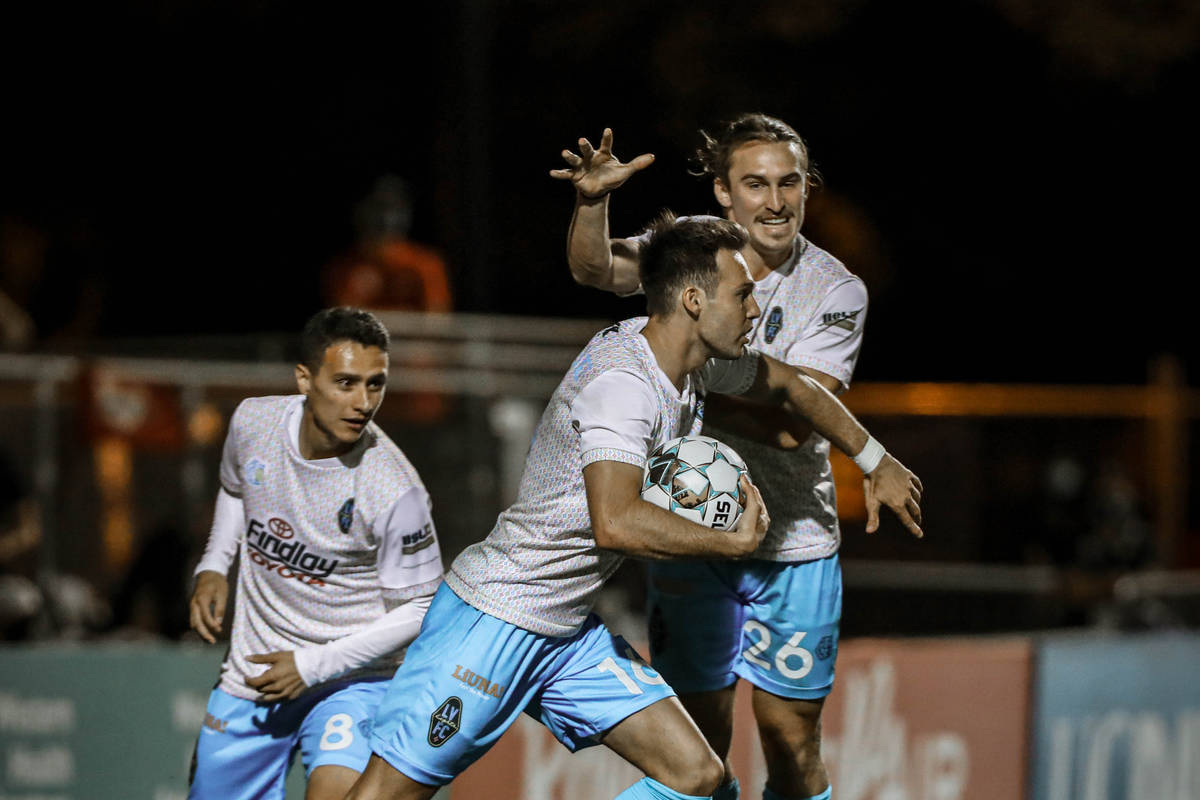 When it was announced this spring that LAFC would become Lights FC’s new MLS affiliate, it seemed as if everything had come full circle for LAFC forward Danny Musovski.

“It kind of came really fast. I didn’t know anything until it was announced,” Musovski said. “It’s just been funny how that worked out.”

Musovski, a Las Vegas native, was raised in Henderson and attended Liberty High School. He’s spent the first two games of the 2021 USL season with the Lights on loan from LAFC.

Musovski finds himself representing the city where he grew up and where he put together an amazing high school and college career.

“It was fun. I was just playing soccer with my best friends at Liberty,” Musovski said. “It was definitely special memories.”

As a junior, Musovski helped lead Liberty to its first state playoff appearance and the team was ranked as high as No. 3 in the city in his senior season. He opted to stay in the desert and attended UNLV from 2014-2017.

He made an immediate impact with the Rebels as a freshman in 2014, finishing with 18 points, just one point behind the WAC Offensive Player of the Year. Musovski finished his collegiate campaign ranked top-10 all-time in points, goals and assists for the Rebels.

He was named WAC Offensive Player of the Year twice, was first-team All-WAC for three straight seasons, was a two-time All-American and put together one of the most decorated soccer careers in UNLV history.

Coming out of UNLV, Musovski was selected by the San Jose Earthquakes in the second round of the 2018 MLS draft. He never saw the field for San Jose but was placed on loan not far from home with Reno 1868 FC.

He signed with Reno permanently in 2019 after San Jose released him after only one season.

A solid campaign with Reno in 2019, in which he scored 11 goals in 23 appearances, led to Musovski signing with the MLS’ LAFC ahead of the 2020 season.

Last year Musovski only played in 15 games and started six when LAFC was shorthanded. However, he was able to flash his playmaking ability, finishing the year with five goals, including a game-winner against the LA Galaxy.

This year he started the season back in Las Vegas with the Lights on loan. And even though he’s only been with the club for a short period of time — the Lights are 0-2 heading into Saturday’s game at Phoenix — it’s an environment that feels familiar to him.

Musovski has a clear focus on doing all he can to help the Lights succeed, but he’s also eager to get back with LAFC. Musovski scored the team’s only goal of the season in last week’s loss to Sacramento Republic FC.

Musovski wants to continue to build upon the success he had last season while relishing the opportunity to represent his city.

“Anytime I can represent Las Vegas on any level, of course, I’m going to want to represent well … Las Vegas teams, they like winning, so I want to do my best to help that happen,” he said. “It’s personal for me.”

The opportunity for LAFC to develop young talent by sending them to the USL and for the Lights to pull from LAFC’s MLS level talent pool is a win-win.

“Danny is the perfect profile of the type of player we want playing for the Lights,” Vegas owner and GM Brett Lashbrook said. “We’re just so fortunate with this LAFC affiliation to be able to have players of Danny’s caliber and those type of connections playing for his hometown team.”