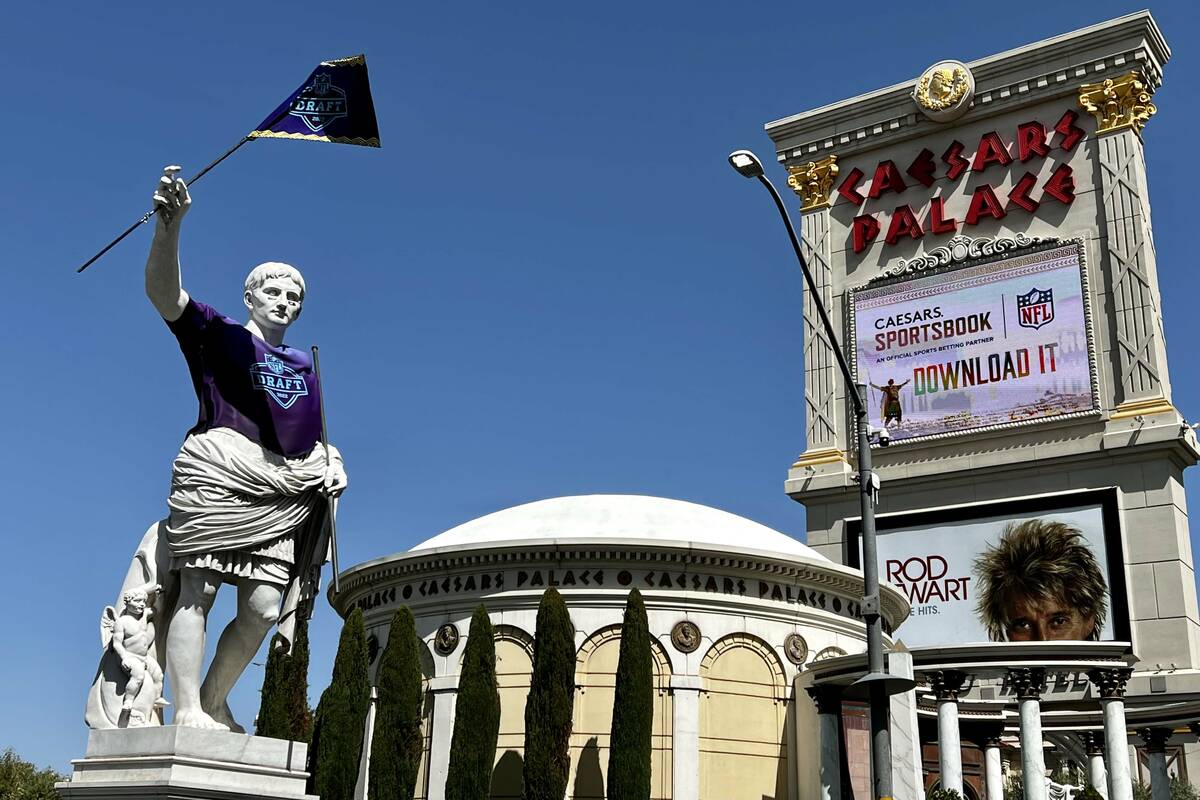 Caesar decked out in a draft shirt at the casino entrance on Thursday, April 28, 2022, in Las Vegas. (L.E. Baskow/Las Vegas Review-Journal)

The National Football League Draft show will go on, even if it gets windy in Las Vegas Thursday night.

The Las Vegas forecast office of the National Weather Service on Thursday issued a high-wind advisory with wind speeds of between 30-45 mph possible.

While McCarthy joked that the NFL did not bring its “snow playbook” to Las Vegas, he said player selections and the announcement of picks would continue regardless of weather conditions, including severe sustained wind.

“We have space to announce selections in the Caesars Forum where much of the inner workings of the Draft take place,” McCarthy explained. “The commissioner would announce the picks from there and the players would get their jersey, hat and hug there before continuing on their media tour.”

The first round of the draft is scheduled to begin around 5 p.m. An outdoor draft theater has been built just east of the High Roller and the Linq promenade. Draftees are scheduled to first appear at a red-carpet floating stage at the lake that fronts Bellagio, then be shuttled to the draft theater to be introduced on stage by Commissioner Roger Goodell when they are selected.

Tens of thousands of football fans are expected to gather in the vicinity of Las Vegas Boulevard and Flamingo Road for the event, which continues Friday and Saturday with a total of seven rounds of selections.

The NFL Experience, a free themed attraction near the stage with league memorabilia, player appearances and other football-related entertainment is near the stage, which will become the centerpiece for a series of free concerts every night of the event.