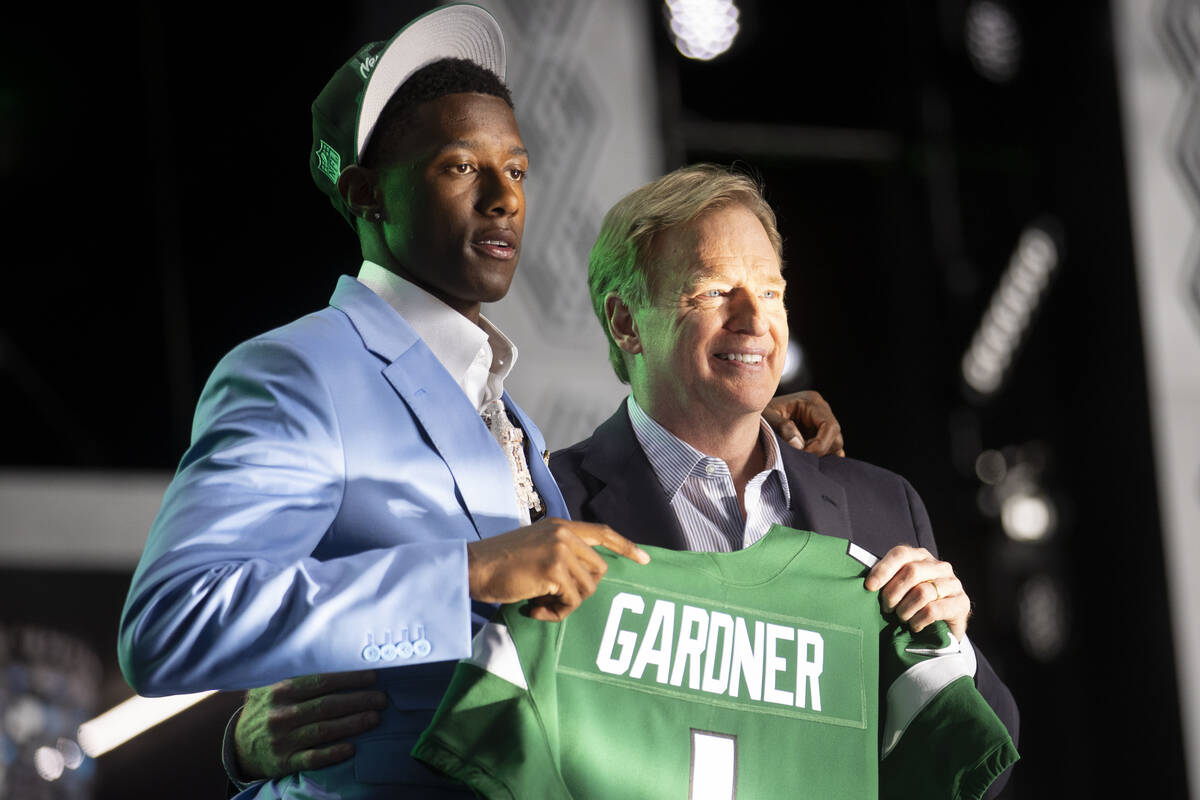 NFL Commissioner Roger Goodell, right, poses with Sauce Gardner, after the New York Jets selected him as the fourth pick in the first round during the NFL Draft event in Las Vegas, Thursday, April 28, 2022. (Erik Verduzco / Las Vegas Review-Journal) 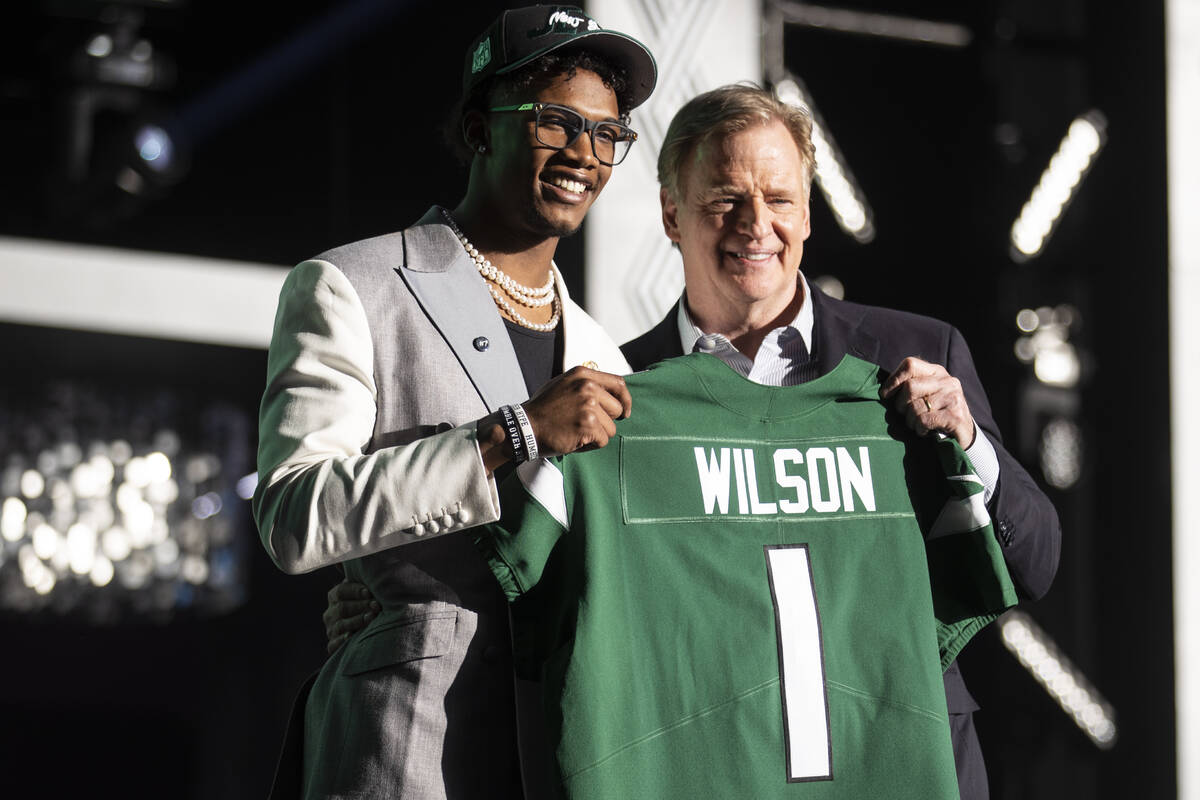 The phrase “Same Old Jets” may be on the verge of retirement.

It’s clearly a new era for the franchise, which had a phenomenal week at the NFL draft in Las Vegas.

It helps to start in the favorable position of having two picks in the top 10.

The Jets first nabbed Ahmad “Sauce” Gardner at No. 4, who could well be the best cornerback in the draft.

Garrett Wilson, the top wide receiver in the opinion of many analysts, was then added to the roster with the 1oth pick.

It was an impressive haul for general manager Joe Douglas, but he wasn’t finished.

When edge rusher Jermaine Johson II slid down the board, the Jets aggressively moved back into the first round to grab the projected top 10 pick at No. 26.

The Jets then added the draft’s best running back prospect in the second round when they got Breece Hall.

That’s four players who should be able to step right in and make solid contributions.

The influx of talent will be a welcome change in New York, where fans aren’t used to seeing such shrewd work done by their front office.

Here’s a look at the other winners from this week’s draft at Caesars Forum:

This one is far less surprising.

One of the best organizations in the league had another big week.

The Ravens got an extra first-round pick for talented, but disgruntled wide receiver Marquise “Hollywood” Brown. That enabled them to land potential star safety Kyle Hamilton as a bargain because he fell due to a surprisingly slow 40 time and the best center in the draft, Tyler Linderbaum.

Baltimore kept dealing and acquiring picks, which led to an insane haul.

Edge rusher David Ojabo is essentially a draft-and-stash after tearing his Achilles at pro day. Otherwise, he’d have been a first-rounder.

Travis Jones is an underrated defensive tackle, a position of need for the Ravens. They also got massive tackle Daniel Faalele and two of the best tight ends in Charlie Kolar and Isaiah Likely.

The Chiefs seized on the fall of cornerback Trent McDuffie, using one of their first-round picks to trade up and get him.

They stayed put with their other first-rounder and added defensive end George Karlaftis to continue bolstering the defense.

After staying away from receivers with the first two picks, Kansas City was still able to get talented wideout Skyy Moore in the second.

Linebacker Leo Chenal was good value. They also added potential contributors in the secondary and on the offensive line.

They used one first-round pick to acquire star wide receiver A.J. Brown and the other to move up and grab potential star defensive tackle Jordan Davis ahead of the Ravens, who were believed to be interested in him.

Linebacker Nakobe Dean’s medical history dropped him out of the first round, but he is an absolute steal in the third.

They needed a quarterback, but not right away. Marcus Mariota can hold down the fort as Desmond Ridder develops and waiting until the third round to draft Ridder allowed them to address other needs.

While Drake London may not have been the consensus top wide receiver, he gives them a much-needed playmaker on the outside.

Troy Andersen has immense upside at linebacker and Arnold Ebiketie has all the traits to be a very good pass rusher.