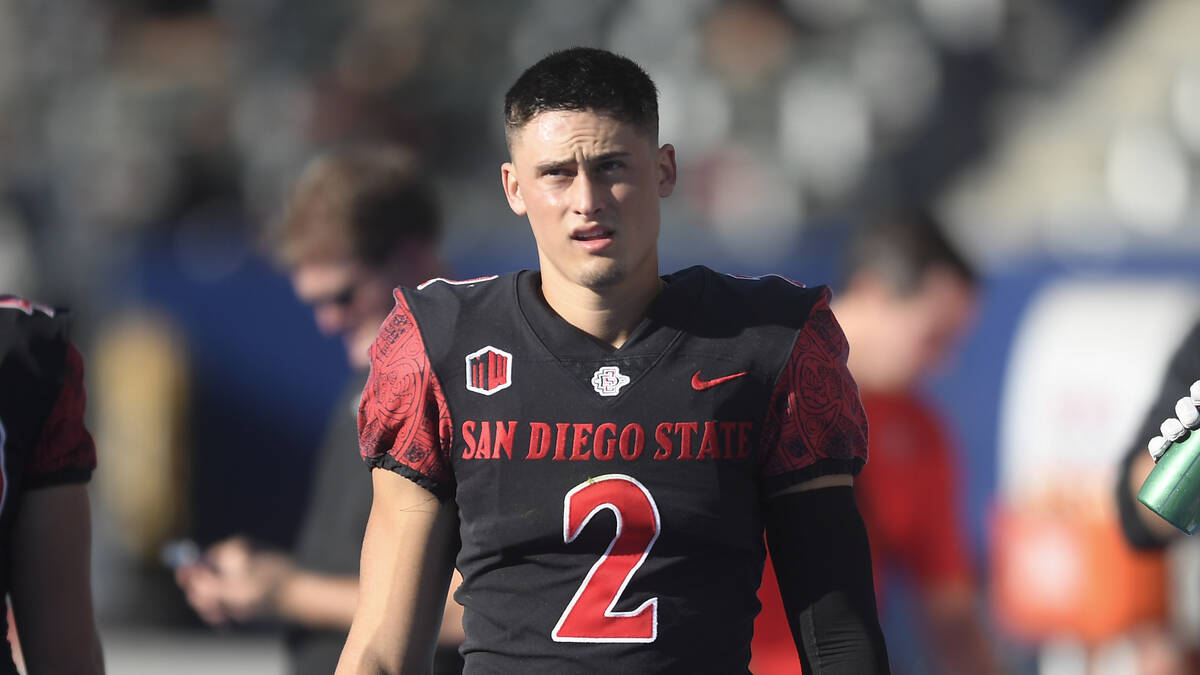 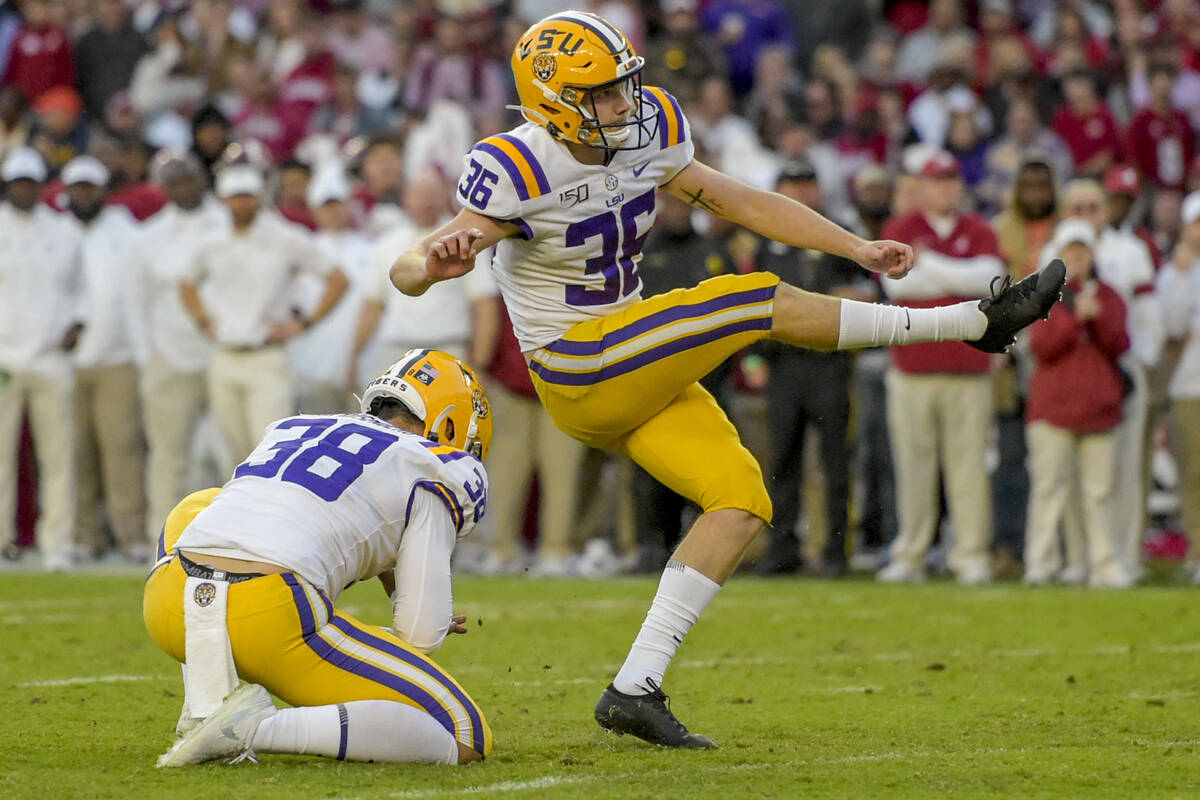 Matt Araiza has never really been fond of the “Punt God” nickname he picked up for his booming drives at San Diego State.

He has even less affinity for the teams that passed him over in the NFL draft at Caesars Forum.

Sunday’s third and final day of the event saw the first kickers and punters to come off the board. While Araiza had the most buzz and popularity of the punters, he was the third one picked.

“The people who know me know that I take a lot of things very personal,” Arazia said after the Bills selected him in the sixth round. “Yeah, we’ll just say that I’ll have a lot of motivation to dominate this season.”

The Ravens took Jordan Stout of Penn State and the Buccaneers selected Jake Camarda of Georgia in the fourth round, marking just the third time in history two punters were picked before the end of the fourth round.

It wasn’t just punters making a splash on Sunday.

LSU kicker Cade York went to Cleveland as the 124th overall selection, the earliest a kicker has been picked since Roberto Aguayo in 2016.

Cleveland didn’t have to look far to find evidence of how securing a reliable kicker can be beneficial. The Bengals are in a division with Baltimore and Cincinnati.

The Ravens have been one of the more consistently successful franchises in the league and have Justin Tucker, one of the all-time greats, as their longtime kicker.

The Bengals used a fifth-round pick on Chase McLaughlin last year and he helped them to a Super Bowl in his first season, a run that included several clutch kicks.

Cleveland hopes York can have the same kind of impact.

“A very talented young player with a strong leg,” Cleveland’s Director of Player Personnel Dan Saganey said of York. “We saw him kick on multiple occasions and really feel good about adding him to the roster.”

“I believe that I’m the best kicker in this draft because I’ve been able to make big kicks in big situations,’’ he said.

Araiza also believes in himself, but he’s not so sure about the famous moniker.

“To be honest I don’t necessarily love the nickname,” said Araiza, a very athletic punter who also believes he can kick field goals at the NFL level. “I understand it’s a huge compliment but I think it’s a little too much.”

The request may have come too late for his new fan base. Bills fans immediately made “Punt God” trend on Twitter, and Araiza quickly took to social media to request a table to jump through in a nod to the notorious “Bills Mafia.”

The San Diego resident may be ready for the fan base, but the lifelong San Diegan will have to adjust to the weather.

“I’m kind of excited for that challenge,” he said. “I love it. I think the biggest job in the NFL is to out-punt the player across from you. As long as I can bring better field position to my team than the team we’re playing against, that’s kind of my goal.

North Carolina State punter Trenton Gill was the final specialist off the board, going 255th to Chicago.