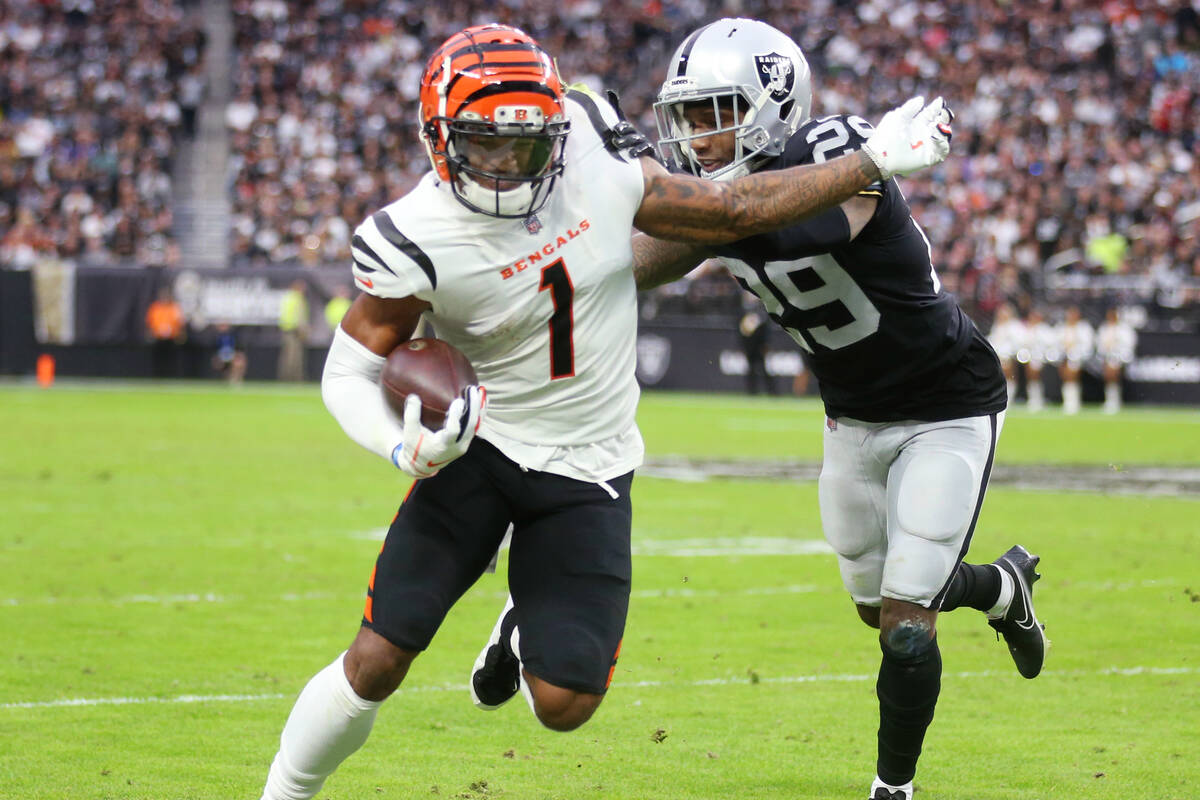 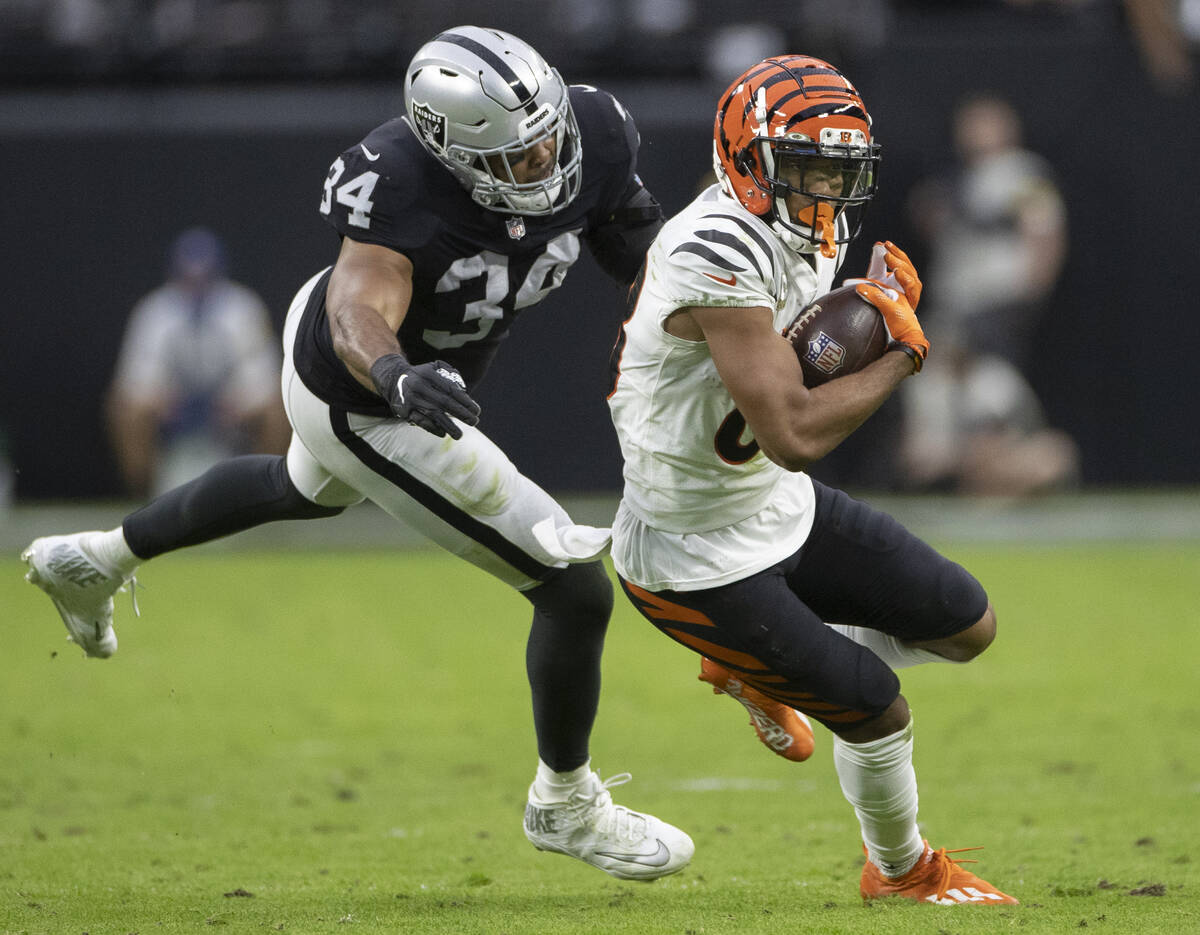 Three quick takeaways from the Raiders’ 32-13 loss to the Cincinnati Bengals on Sunday at Allegiant Stadium:

A negative trend continued to badly hurt the Raiders.

They not only made mistakes, but often at the worst times.

The Raiders had forced the Bengals into a punting situation in the first quarter when Yannick Ngakoue needlessly pushed Cincinnati quarterback Joe Burrow after he released the ball. That penalty helped lead to a Bengals field goal.

In the second quarter, Brandon Facyson launched and led with his helmet, drawing a flag. The Bengals would have kicked a field goal. That play was on third down. The penalty kept alive the drive, and the Bengals scored a touchdown for a 10-6 lead.

In today’s football, teams are rewarded for being aggressive, but the Raiders were anything but.

Derek Carr didn’t target a wide receiver until he completed a 4-yard pass to Hunter Renfrow with 22 seconds left in the first half.

There was the head-scratching run call on third-and-6, also late in the half, that drew boos from the crowd. A jet sweep on a third-and-1 on the opening drive of the third quarter that came up short did little to settle their nerves.

At the end of the half, with two timeouts to spend, the Raiders chose to sit on the ball and not stop the clock. True, the odds were against getting much with little time left, but a completion downfield could have put the Raiders in position for a field goal.

When the Raiders were aggressive, they moved downfield in three plays for a fourth-quarter touchdown.

The Raiders’ defense gave its offense a chance to win, but wore down late. Cincinnati had just 13 points through three quarters, but in the end the Bengals owned the ball for 37:20 and pulled away late.

For most of the game, the Raiders got pressure on Burrow and didn’t let running back Joe Mixon do much damage. Keeping that up for four quarters, however, proved too much of a challenge.