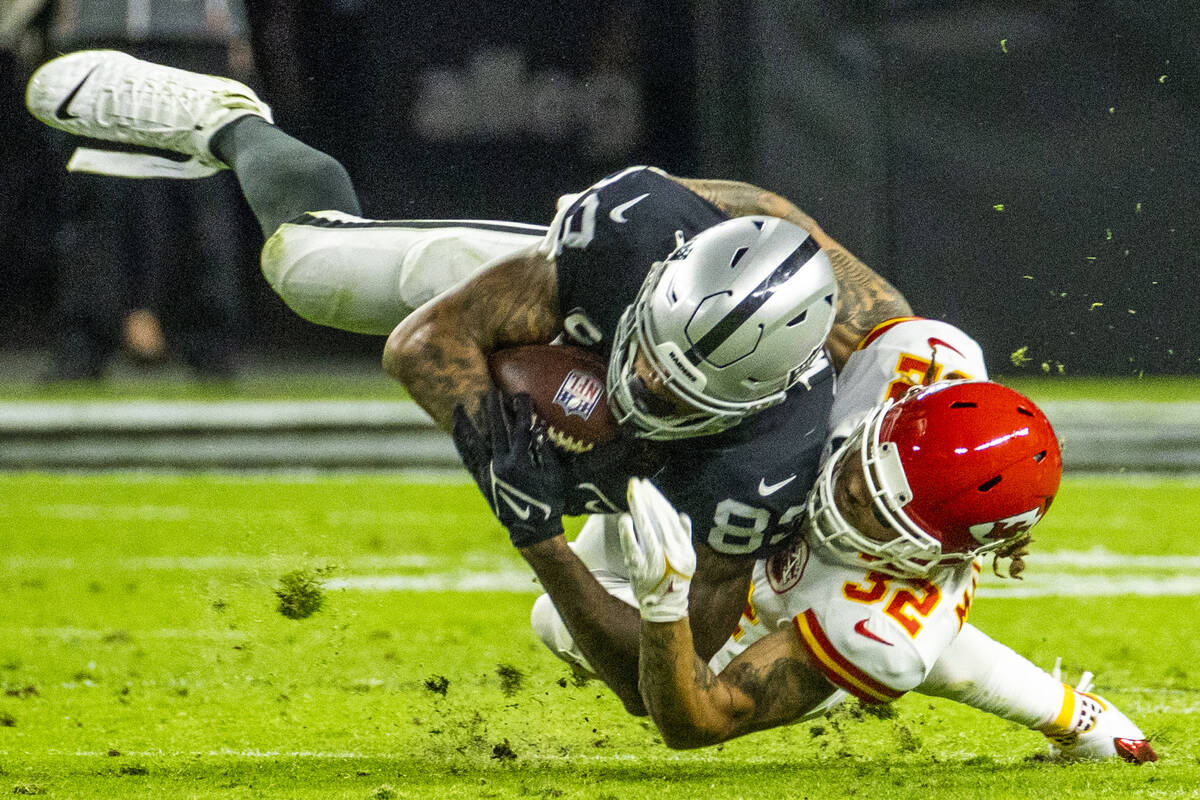 Three quick takeaways from the Raiders’ 41-14 loss to the Kansas City Chiefs on Sunday at Allegiant Stadium:

1. Raiders are in trouble

Though the Chiefs moved just half a game in front of the Raiders into first place in the AFC West, it’s clear the difference between these teams is much greater.

The Chiefs moved the ball nearly at will, looking more like the high-powered offense that appeared in the past two Super Bowls. Patrick Mahomes passed for 406 yards and five touchdowns.

On the other end, the Chiefs’ defense made the Raiders work for everything, limiting them to 299 yards and forcing two turnovers.

The question for the Raiders is whether they’re heading for another second-half collapse after this loss and the one a week ago to the New York Giants.

There were opportunities for the Raiders to actually give the Chiefs a game, but they often were their own worst enemies.

Their first two drives were interrupted by false start penalties that forced a pair of punts, setting the tone early.

In the third quarter, the Raiders had a chance to really push the Chiefs when Derek Carr completed a 38-yard pass to DeSean Jackson, who had only green grass in front of him. But Jackson had the ball knocked loose for a costly turnover.

Raiders safety Tre’von Moehrig had an interception in his hands in the fourth quarter, but dropped the ball. The Chiefs made the Raiders pay on the following play with a touchdown pass.

It’s almost a given that tight end Travis Kelce will have a big game when facing the Raiders, and he again came through.

He was particularly effective in the first half when the Chiefs began to establish their dominance. He had eight targets, catching seven passes for 89 yards.

Mahomes targeted Kelce 10 times overall, completing eight of those passes for 119 yards. The only surprise was none of Mahomes’ five TDs went to Kelce.