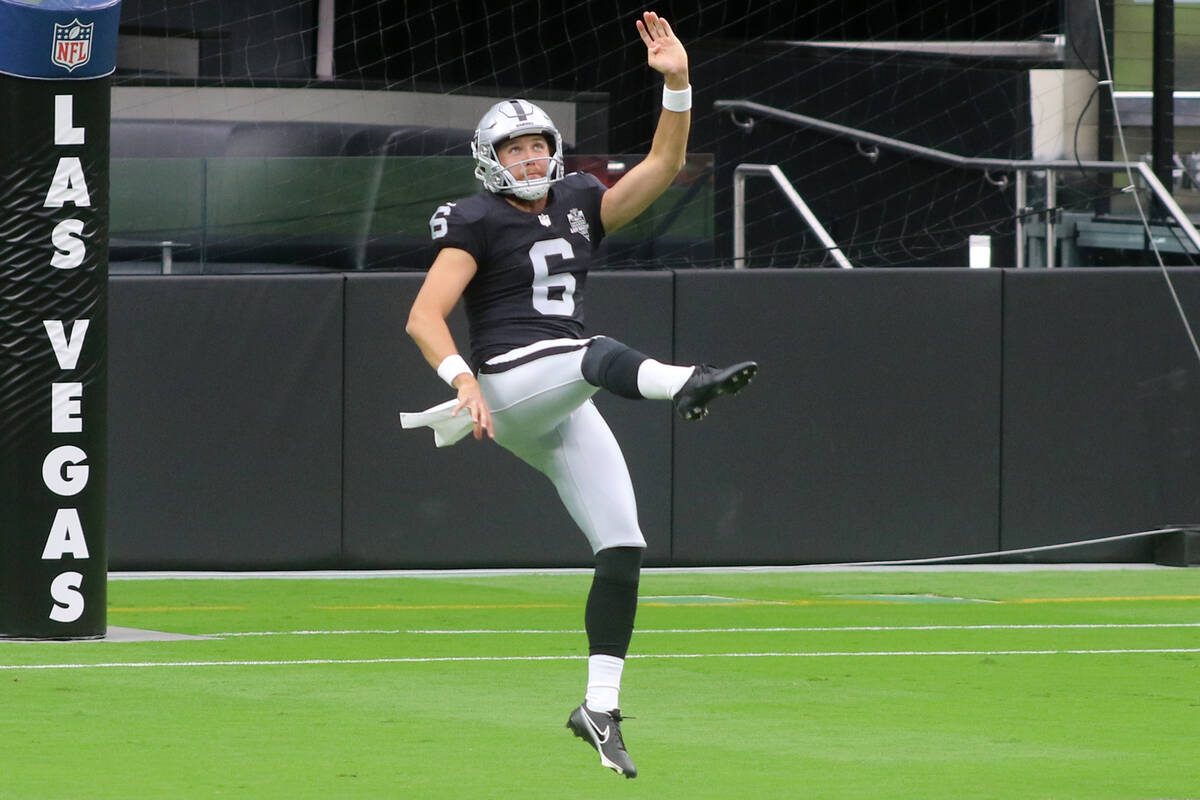 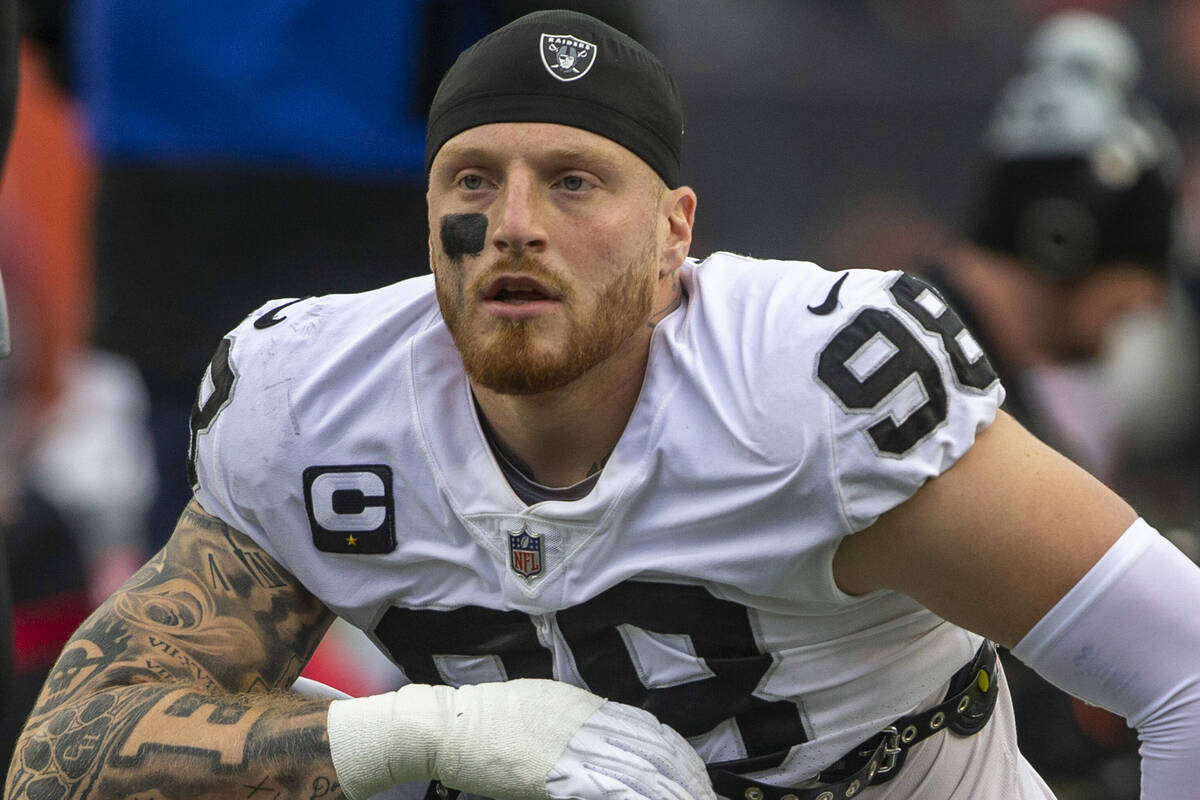 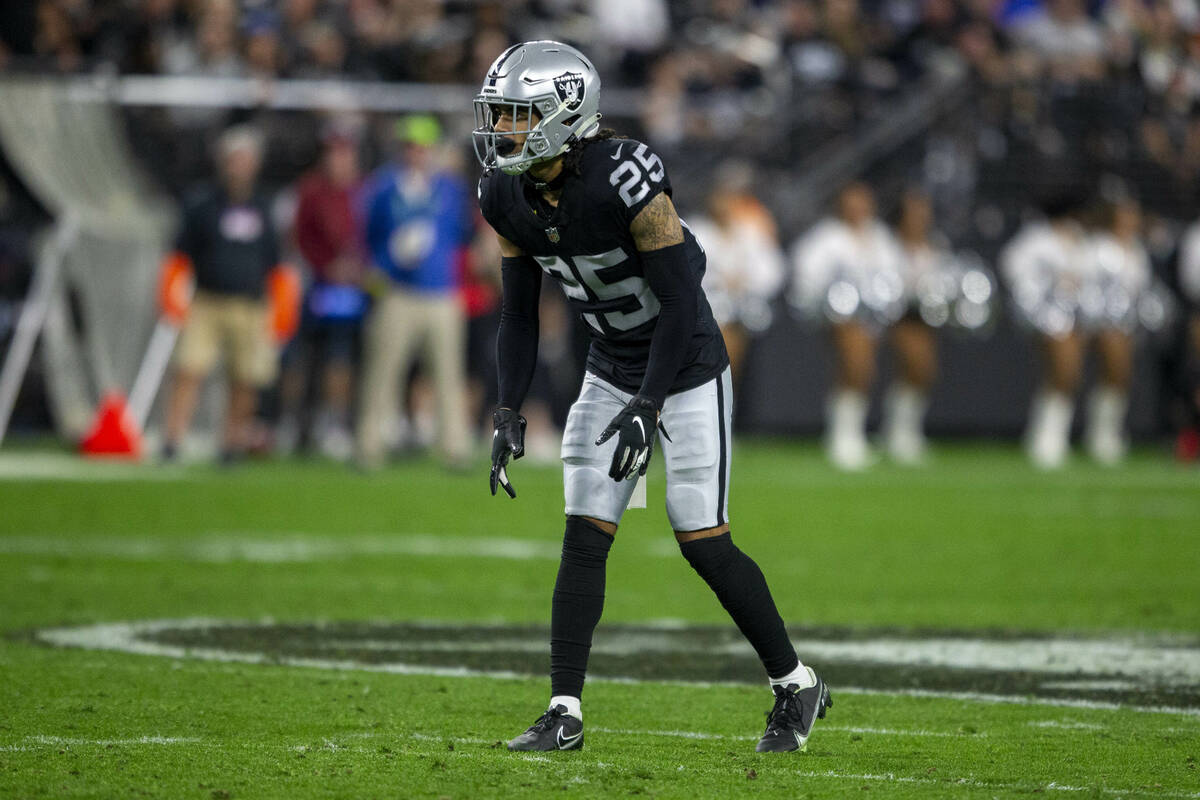 Raiders free safety Trevon Moehrig (25) gets in position during the second half of an NFL football game against the Los Angeles Chargers on Sunday, Jan. 9, 2022, at Allegiant Stadium in Las Vegas. (Heidi Fang/Las Vegas Review-Journal) @HeidiFang

The Pro Football Writers of America have recognized three Raiders players for their performance during the 2021 season.

Cole led the NFL with a 50-yard average on 64 punts. That included a long punt of 71 yards.

Crosby led the NFL with 100 quarterback pressures, according to Pro Football Focus. It was the most pressures by any player in a single season since PFF began tracking that stat. Crosby also had eight sacks.

Moehrig, a second-round pick in 2021 out of TCU, was the 23rd- ranked safety in 2021, according to PFF, while starting every game.