Raiders' special teamers AJ Cole and Daniel Carlson discuss receiving contract extensions with the Silver and Black and what it meant to them to remain with the team. (Heidi Fang/Las Vegas Review-Journal) 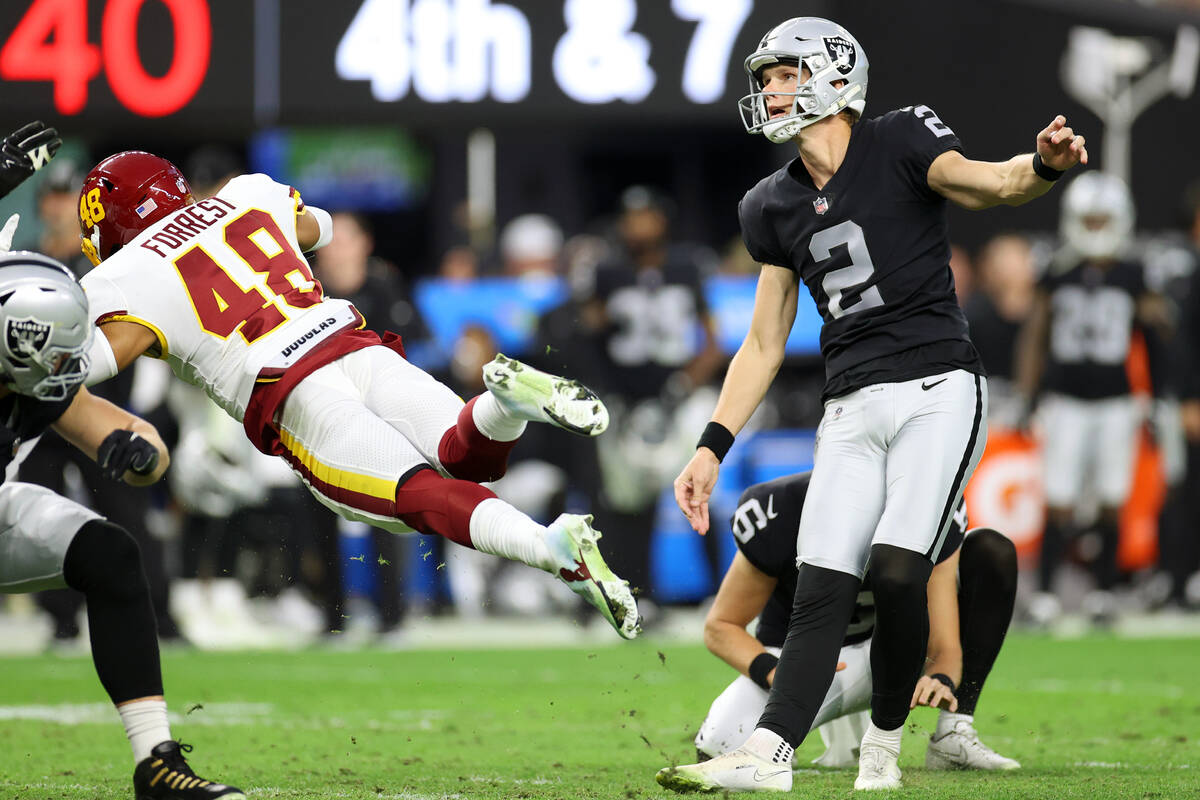 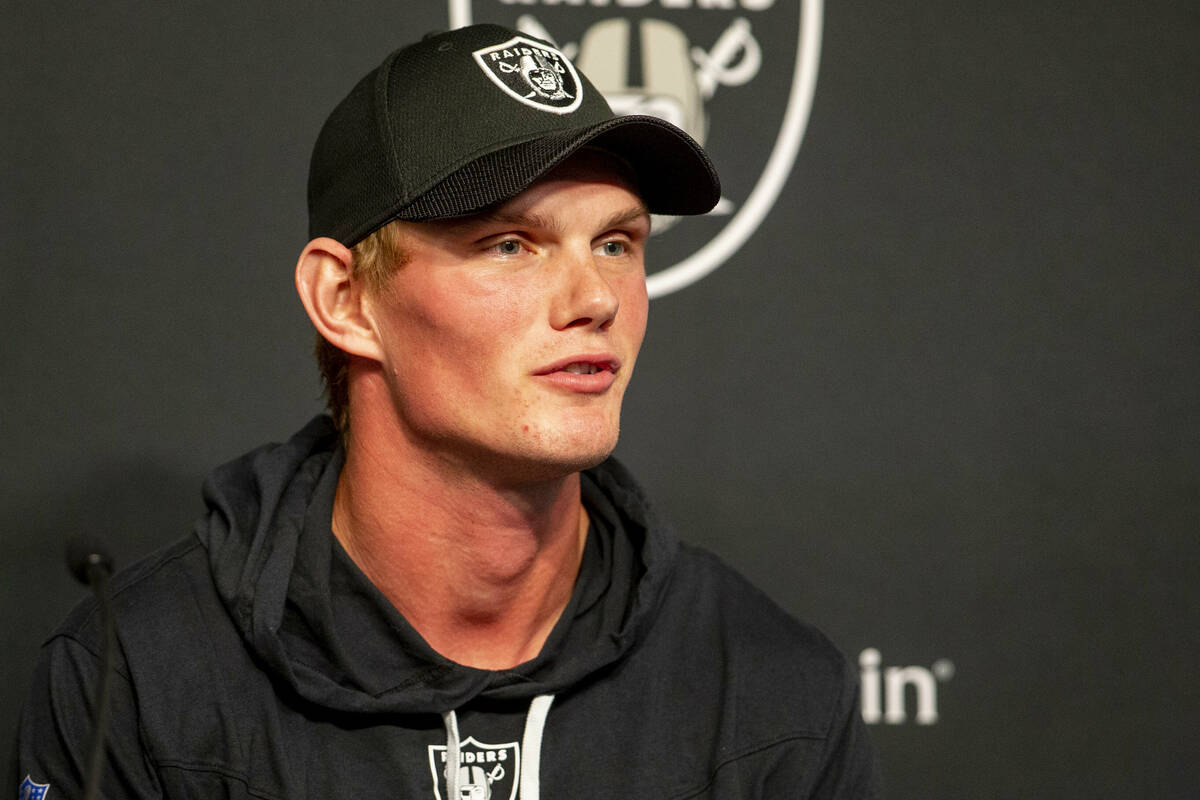 Freshly outfitted with a four-year, $18.4 million contract that fully guarantees him $10.2 million, Daniel Carlson was understandably all smiles on Thursday.

That the Raiders’ 26-year-old kicker is barely three years removed from one of the most challenging times of his professional life was not left unsaid, though. In fact, the turbulent beginning of his career provided the motivation to power his emergence as one of the NFL’s best young kickers.

Carlson was a rookie with the Minnesota Vikings in 2018 when his football world essentially caved in. A fifth-round pick out of Auburn — the Vikings actually traded two draft picks to move up in the draft the make him their highest selected kicker in team history — Carlson thought he was pretty much assured he’d be in Minnesota for at least the foreseeable future.

But when Carlson missed three field-goal attempts in the second game of his career, he pushed the patience of Vikings head coach Mike Zimmer beyond its limit. One day later, in a fit of frustration, Zimmer and the Vikings inexplicably cut Carlson.

“Did you see the game?” Zimmer rhetorically asked reporters when asked about the hasty release of Carlson, which Zimmer said was a “pretty easy” decision.

Carlson was understandably crushed at letting the Vikings down with the three misses and with the club’s response in kicking him to the curb just two weeks into his career.

“I didn’t have all the answers, for sure, when I was jobless,” Carlson said. “I was like, I don’t know when my next chance would be or if there would be another chance, necessarily.”

From those ashes, though, emerged a kicker who not only got his career back on track after getting picked up by the Raiders but one who has performed so well over the last two-and-a-half seasons that he will be a fixture in Las Vegas for at least four more seasons.

“Anytime you go through some adversity, you can kind of choose how to respond,” Carlson said.

His response was to connect on 16 of 17 field-goal attempts across the remainder of his rookie season with the Raiders. He then bounced back from a bout with inconsistency in 2019 when he missed seven of his 26 field-goal attempts to hit 33 of 35 last year and 27 of 30 so far this season.

Over the last two seasons, Carlson is 9 of 10 from 50 yards or more and kicked the game-winner two weeks ago in the Raiders’ overtime win over the Dallas Cowboys.

Not bad for someone who had no idea where his career was headed two games into his first NFL season.

“I was sitting at home on the couch with my wife and figuring out what the NFL has for me, what my future had for me,” Carlson said. “I didn’t know I’d be sitting here today, with this organization, signing a deal today for another four years.”

About the only thing he did know was that he had the ability to be an effective NFL kicker, even if no one else did.

“I always believed in my abilities and what I might be able to do,” Carlson said. “But there were definitely a lot of questions going through my head.”

It has all culminated with his new deal and the security it provides.

“It’s been a wild journey,” Carlson said. “Very fortunate to have been on it with great people along the way and great coaches, a great organization. Very fortunate that God’s allowed me to be in this moment today. I’m very grateful for the ups and downs for sure.”