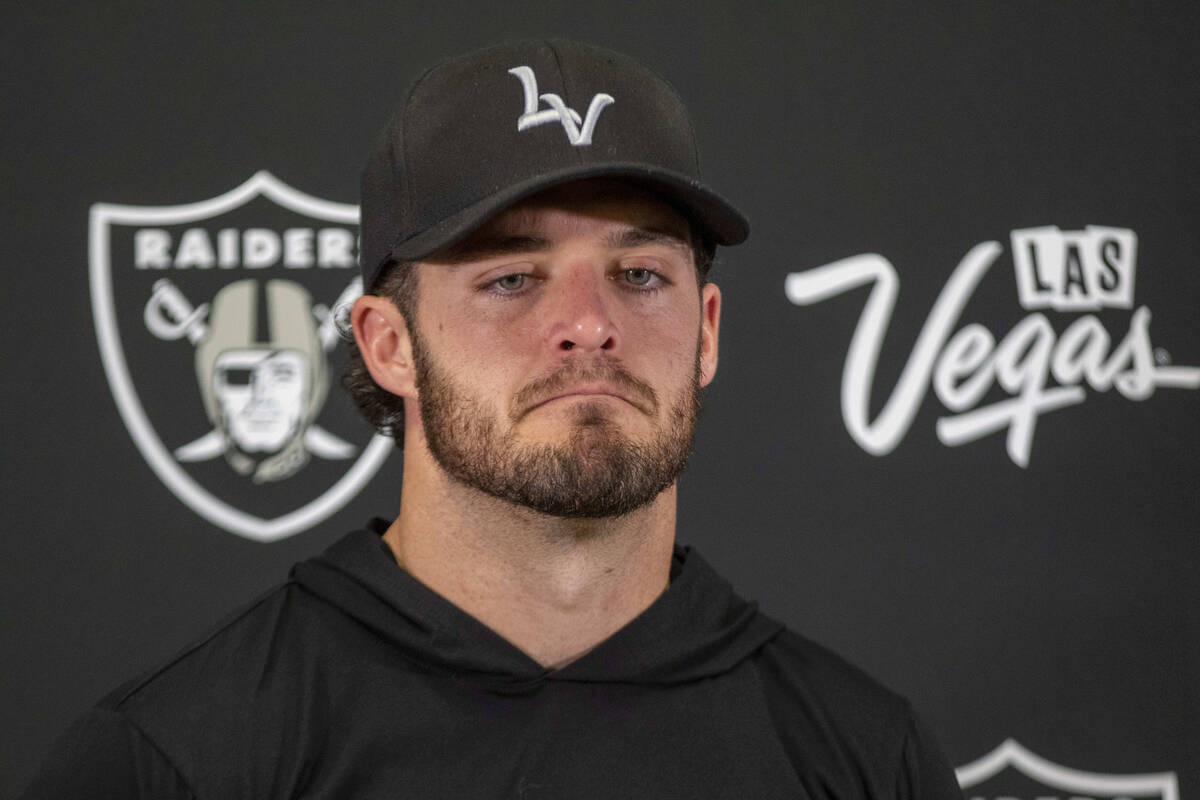 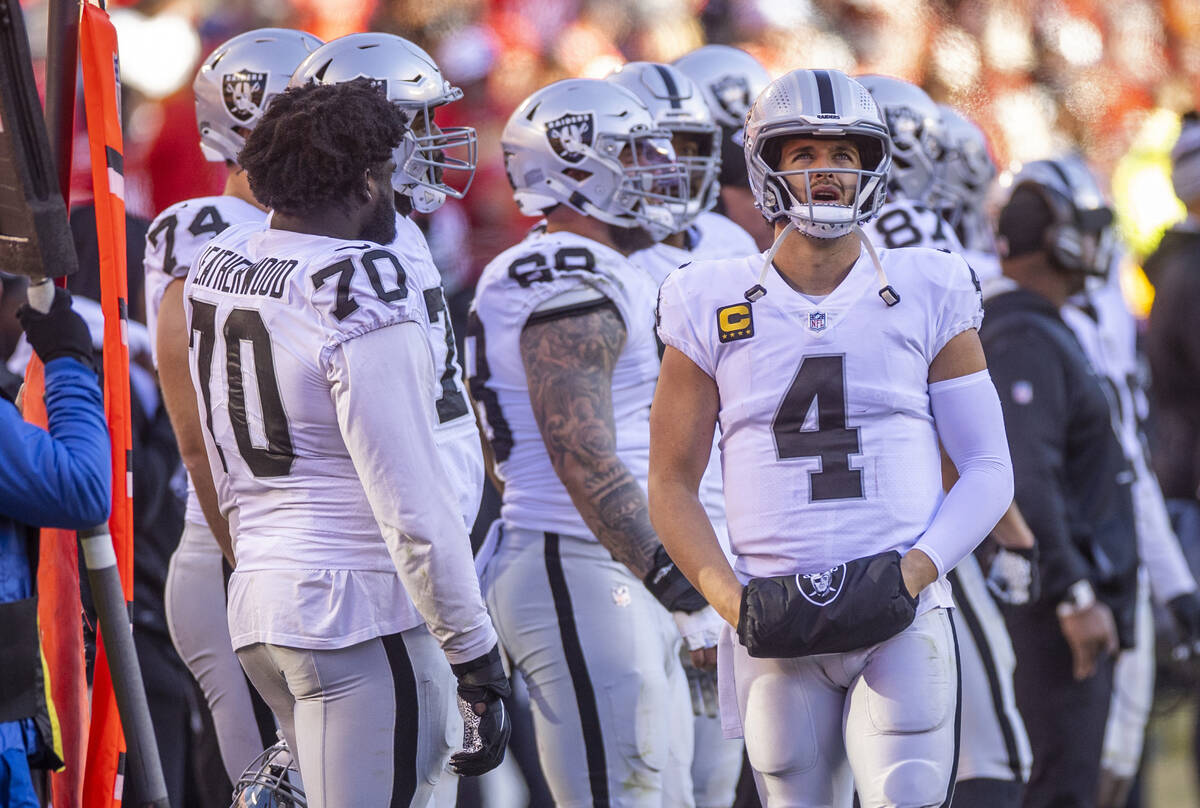 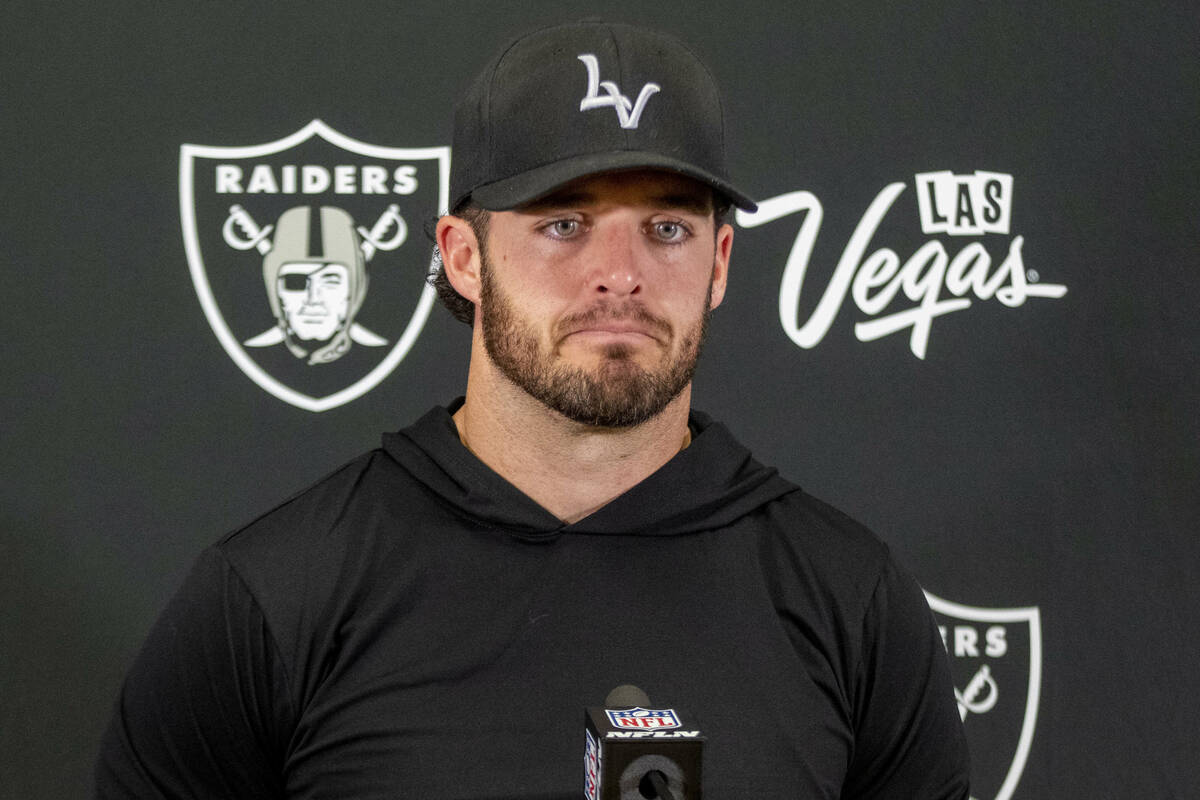 KANSAS CITY, Mo. — Derek Carr seemed as frustrated as he’s ever been after a Raiders loss on Sunday. Which is perfectly understandable after getting thoroughly worked over in a 48-9 loss to the Kansas City Chiefs in what was a virtual must-win situation.

It was the 6-7 Raiders’ fifth loss in their last six games, and with another season slipping away, Carr pledged to keep fighting.

Left unsaid was what was going on in his mind, although he did hint that something was percolating while he gritted his teeth through another press conference following yet another loss. “I am thinking a lot of things,” Carr said.

Among the things he was pondering — and at this point the possibilities are endless and could range from his long-term future with the Raiders to how they can save another season from going down the drain — is what he can expect from his fellow teammates over the next month or so.

Carr began one answer by saying the Raiders had “a lot of …” before pausing and correcting himself and saying “most of our guys work really hard.”

In doing so, he appeared to be qualifying the level of work ethic among his teammates.

Later, he talked about the response he saw from the Raiders after falling behind to start the game. “I saw some fight in some guys that lets me know I can count on them and trust them,” Carr said. “For the most part.”

“It definitely works both ways,” Carr said. “I’m not trying to say that there’s people in our locker room that don’t have it or they give up. I didn’t see that at all. I didn’t see any give up.”

In a spur-of-the-moment gesture that the Raiders now probably regret, players gathered at the 50-yard line at Arrowhead Stadium for a team pep talk about 30 minutes before kickoff.

The meeting, which was prompted by Raiders defensive end Yannick Ngakoue, took place right smack on top of the Chiefs midfield team logo. Needless to say, it didn’t go over well with the Chiefs and their fans.

By the sound of it, it wasn’t seen as the best look by the Raiders even in their own locker room.

“Shoot, I’d be upset too if I was them,” Raiders linebacker K.J. Wright said.

Whatever role it played in the Chiefs’ big win is impossible to say. But it certainly didn’t help the Raiders, that is for sure.

“They definitely came out and responded in their anger,” Wright said.

Carr said he supported his teammates’ wishes, but he didn’t sound all that convincing about it.

The Raiders were banged up coming into Sunday’s game, playing without injured tight end Darren Waller, linebacker Denzel Perryman and defensive end Carl Nassib, but they came out of the loss relatively unscathed.

Cornerback Trayvon Mullen did leave the game in the third quarter with an undisclosed injury and did not return. Mullen was activated from the injured reserve list on Saturday, where he had been since early October with a foot injury.