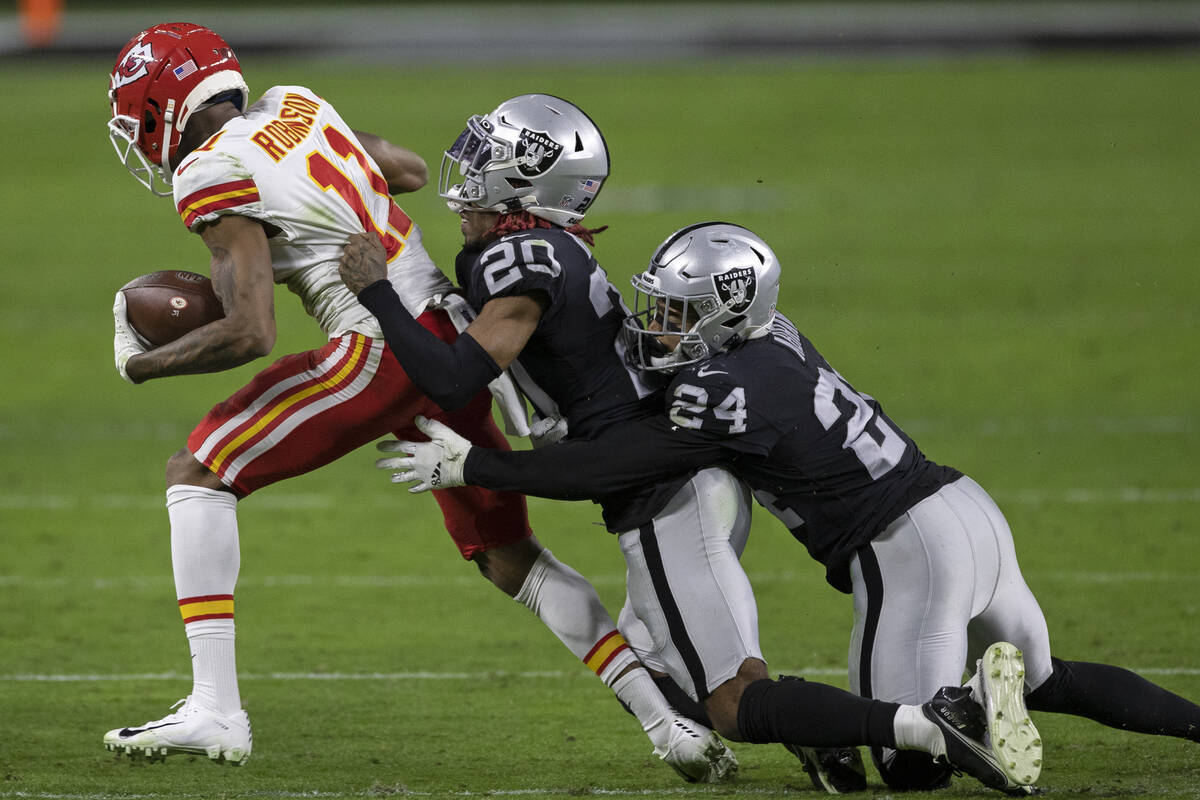 Former Raiders first-round pick Damon Arnette, released in November after a video emerged of him threatening someone with a gun, signed a reserve/futures contract with the AFC West rival Kansas City Chiefs.

Signing Arnette to such a deal gives the Chiefs time to evaluate Arnette because a reserve/futures contract counts against the following season’s salary cap and 90-man preseason roster.

Arnette had a bumpy short tenure with the Raiders after they selected him 19th overall in 2020. The Raiders were immediately questioned on whether they reached for the Ohio State cornerback at that spot.

Those criticisms were validated when Arnette failed to perform up to such a lofty draft pick. He also had many off-the-field issues, including being on the receiving end of multiple lawsuits that included a hit-and-run outside of Raiders headquarters in Henderson and an altercation with a valet attendant on the Strip.

Then, when the video surfaced Nov. 8, the Raiders released Arnette.