The Raiders welcomed back star tight end Darren Waller and cornerback Trayvon Mullen, among others, back to the practice field on Wednesday. Vegas Nation's Cassie Soto and Vinny Bonsignore discuss how important it is for the Raiders to get players back from injuries this week. 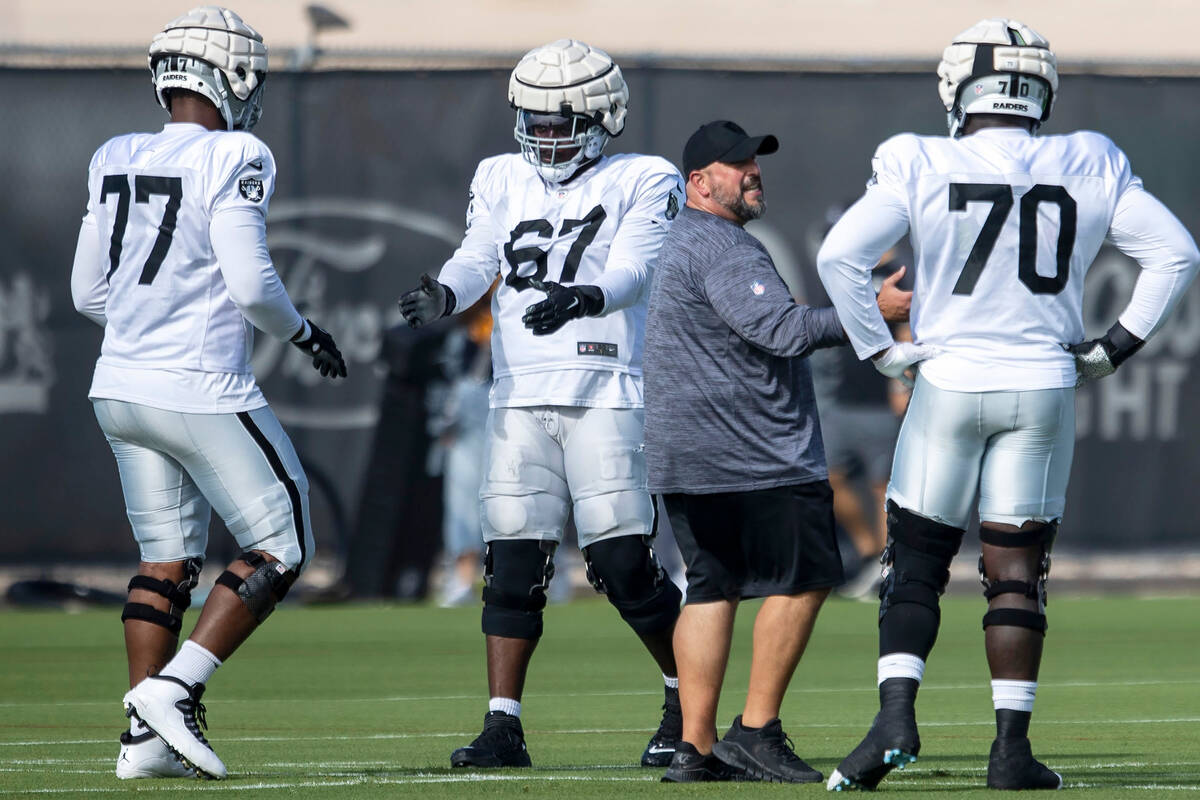 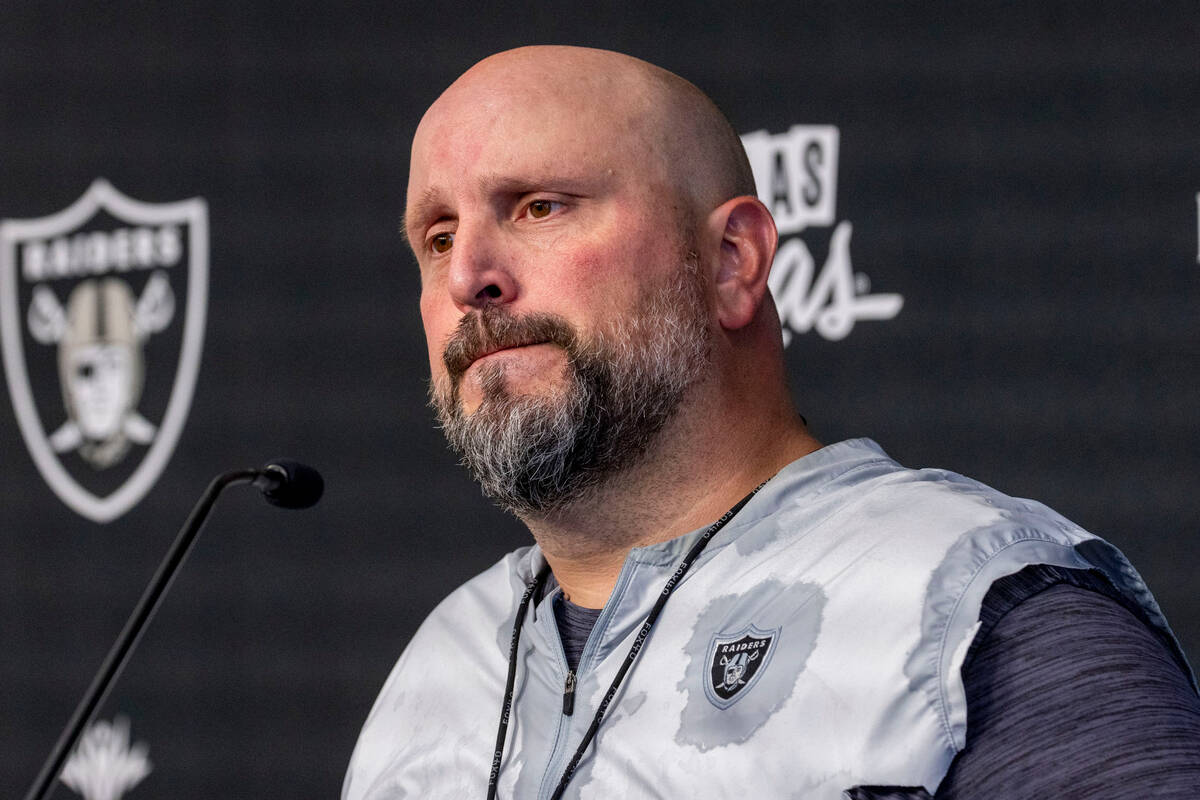 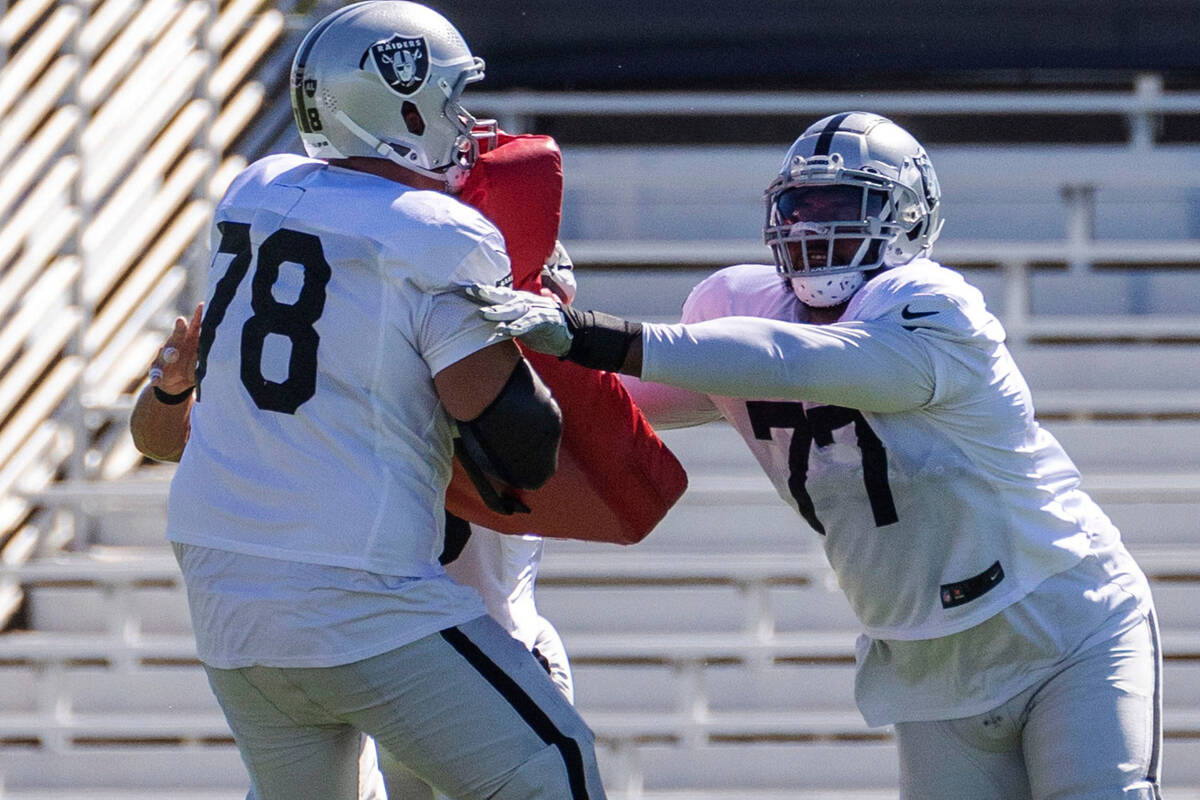 As if the Raiders and new offensive line coach Carmen Bricillo needed any more uncertainty on a unit undergoing major renovations, they were dealt a bit more on Wednesday when rookie tackle Thayer Munford limped off the practice field.

“I don’t know what happened,” said Bricillo, who was still waiting on an update on Munford by the time he spoke to the media.

Munford had been making a big move at right tackle, where he is locked in a battle with Alex Leatherwood, Brandon Parker and Jermaine Eluemunor for the starting job.

After getting the majority of first-team reps last week in practice after Parker went down with an injury, then drawing the start and playing well against the Vikings on Sunday, Munford resumed practice this week as the starter.

His surge, though, was interrupted by the apparent injury he suffered toward the final stage of practice.

Whether it’s a short- or long-term deal remains to be seen. But with Parker already down with an injury, the Raiders can’t afford many more setbacks at a position for which one starting job and one key reserve role are still up for grabs.

One way or another, they will forge ahead. And for Bricillo, the man entrusted with cobbling together a cohesive unit able to complement and fortify an otherwise prolific-looking offense, navigating around whatever Munford is dealing with is just one more challenge.

In other words, no different than what he’s been doing since arriving in Las Vegas from New England shortly after Josh McDaniels came aboard as coach.

“I think he’s done a good job of managing that group,” McDaniels said.

A long-time college assistant at Youngstown State, Bricillo spent the last three seasons under McDaniels, first as a Patriots’ offensive assistant and then as the offensive line coach the last two years.

Now he takes over a Raiders group that, outside of Pro Bowl left tackle Kolton Miller, features players going into only their second seasons as starters in left guard John Simpson and center Andre James. There’s also a career practice squad player in Lester Cotton at right guard and a slew of candidates trying to win the right tackle position.

No matter how daunting that might seem to outsiders, Bricillo eagerly rolls up his sleeves every day believing uncertainty will eventually transform into certainty and productivity.

That might be difficult for some to imagine, especially with no established starter on the right side, no set swing tackle and the lack of experience across the board.

Or, as even Bricillo concedes: “It is a challenge.”

And clearly, this Raiders offensive line is nowhere near as knowledgeable about the scheme and offense as the group he left in New England. With the Patriots, Bricillo was working with veterans that preceded him by several years. That is not the case with the Raiders.

“This seems like you have 15 rookies in the room,” Bricillo said.

Nevertheless, the focus isn’t on the starting point as much as it is the process of closing in on the finish line. That might mean taking slower, more deliberate steps at this stage of the operation.

But as long as the Raiders keep moving in the right direction, Bricillo is confident they will eventually arrive at their destination, much like Bricillo did as a young Patriots assistant learning a system he now teaches to others.

“You look at it in the sense of, four years ago when I was learning this, where are the sticking points and how can I move past that?” Bricillo said.

While the dynamics with this group are different than in New England, much of the process remains intact. Just as they did with the Patriots, McDaniels and Bricillo are using training camp and preseason to cross-train players at various positions and create multiple groupings.

That might be a different approach for the Raiders, but it’s a typical order of business for this staff.

“I don’t really think this is unique at all, this is really normal,” McDaniels said. “His time in the National Football League has been solely with me. We’ve played multiple groups all the time, every year. There’s just too much to be gained in training camp for you to forgo the opportunity to work with different groupings.”

From all those groupings, a final set of five will be determined, as will their core backups.

In time the Raiders will get there, but it sounds like they will take as long as necessary.

“Nothing is set in stone,” Bricillo said.