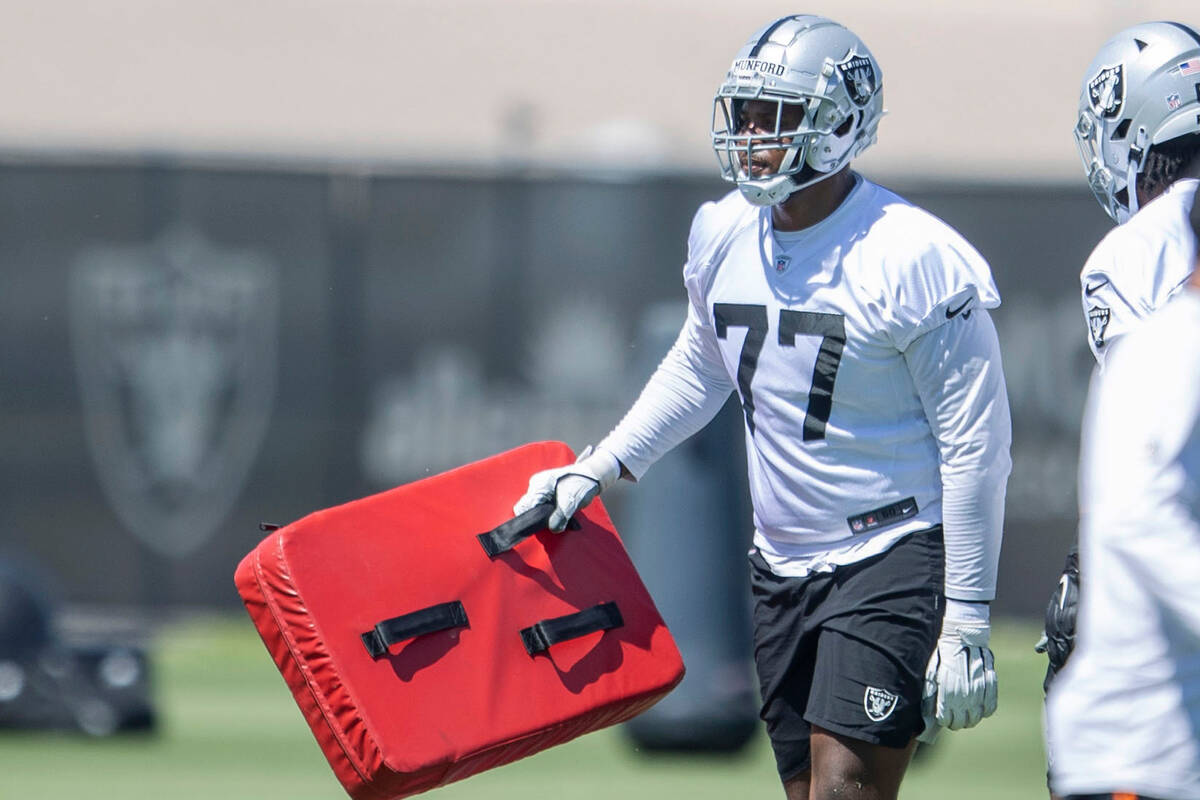 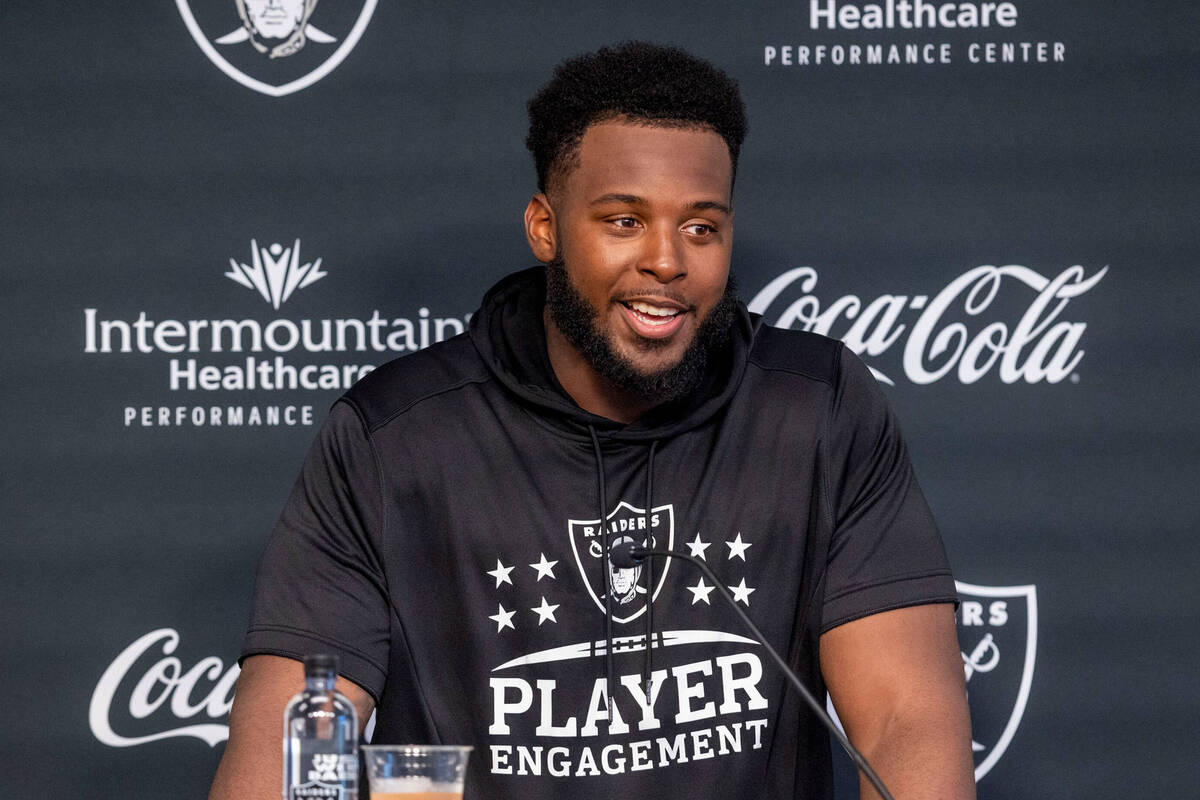 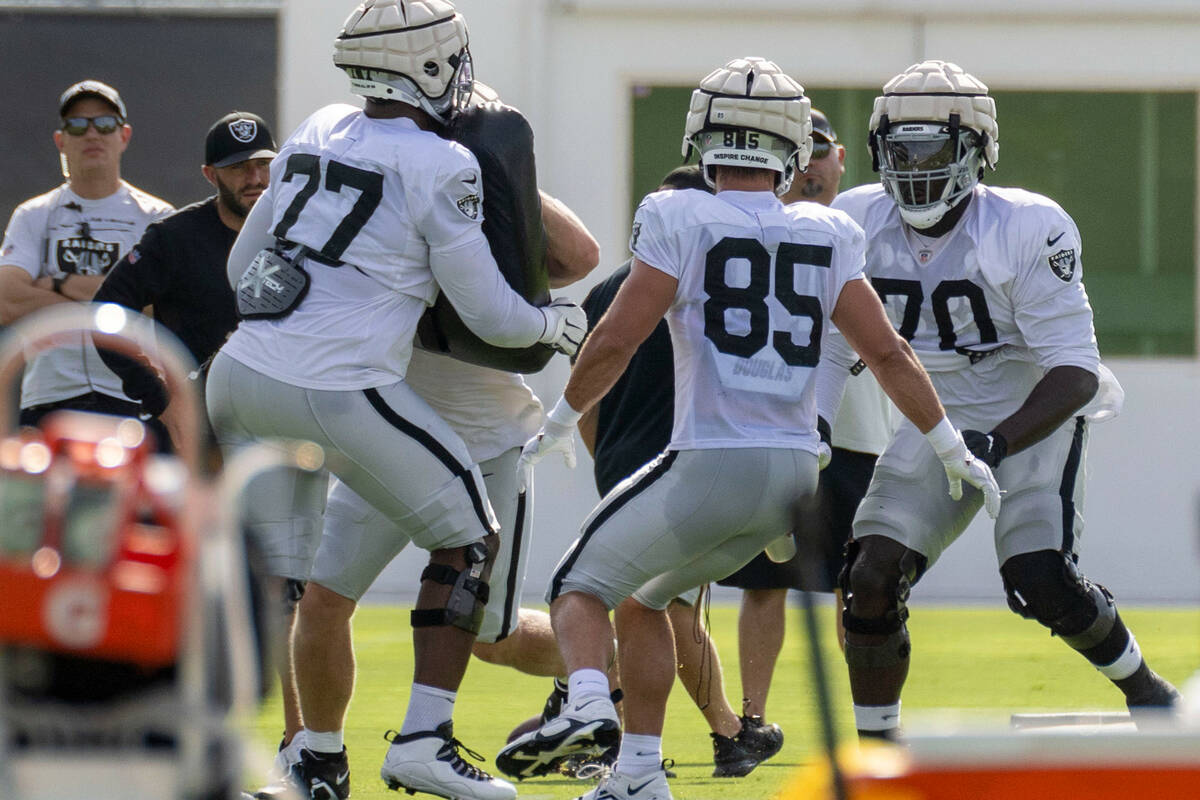 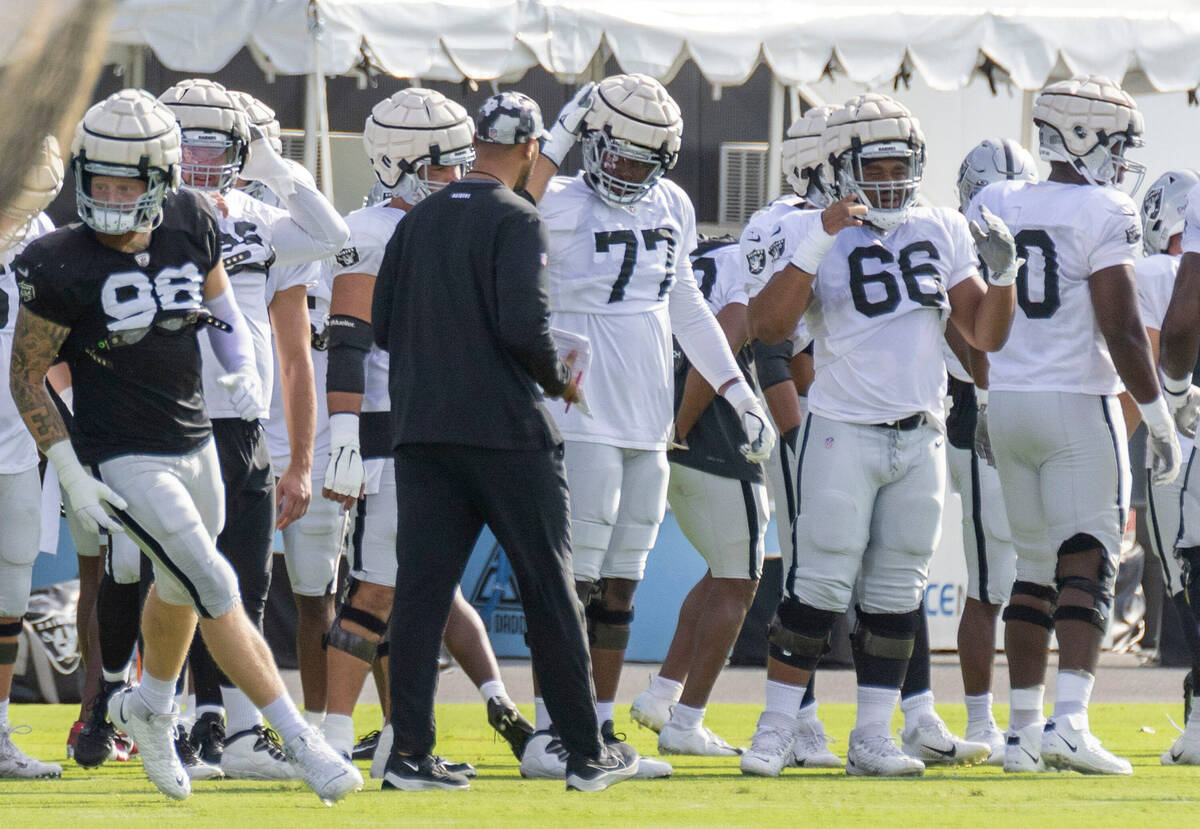 In spite of playing at talent-laden Ohio State and dealing with NFL-caliber players nearly every time he set foot on a Big 10 field, Thayer Munford had doubts about his NFL viability upon reporting to the Raiders last spring.

“I had a lot of anxiety coming in,” Munford confided on Thursday.

Despite standing 6-foot-7 and blessed with great athletic ability and strength, the apprehension he experienced was nearly overwhelming.

“I was all over the place mentally,” Munford said. “I wasn’t too sure if I was ready to be here or not.”

Thanks to the help of the Raiders’ team counselor, as well as family and friends and teammates, Munford was able to work through those issues.

For now, anyway. But as Munford is well aware, it’s a daily battle. One that fans may not always appreciate about such a physically tough game like football.

“Everybody thinks like, it’s a physical game. You’re going against grown men. But me, it’s more important mentally,” Munford explained. “For us, we have to have our mental right every day because we go against professionals and our job can get taken as well.”

Munford said he will continue to work with a counselor to maintain as positive an outlook as possible. And, more than anything, not let whatever anxiety he might be experiencing at any particular time sabotage his ability to do his job.

That was almost the case last Thursday in the Raiders’ preseason opener against the Jaguars. It represented Munford’s NFL debut, and needless to say, his mind was racing.

The game was played at Canton’s McKinley High, the arch-rival of the Massillon Washington team Munford started on as a high school senior.

Playing in a familiar stadium surrounded by family and friends, Munford became his own worst enemy. “I was psyching myself out most of the time,” Munford said. “But as the game went on, I started getting more comfortable.”

Getting that first couple of NFL snaps created a sense of confidence that he belonged. And when any more doubt crept into his head, he relied on a technique his counselor and teammates and friends have implored him to try.

In skill level, Munford is showing on a daily basis he has the talent to play in the NFL. As a seventh-round pick, that might not mean a starting role as a rookie, but his size and strength are NFL-worthy. It might take some patience, but he has a chance to carve out a professional career.

For now, he is competing with Alex Leatherwood, Brandon Parker and Jermaine Eluemunor for a starting role or as the swing tackle able to play on either side. Raiders coach Josh McDaniels said no weight in his decision-making process will be given to age, experience or draft status.

“We are going to try play the best 11 guys on every snap. It’s the right thing to do. It’s the best thing for the team,” McDaniels said. “If we put the best 11 out there, I think everybody respects the fact that we are trying to win. Everybody is going to get opportunities.”

That approach has created a singular mindset for Munford.