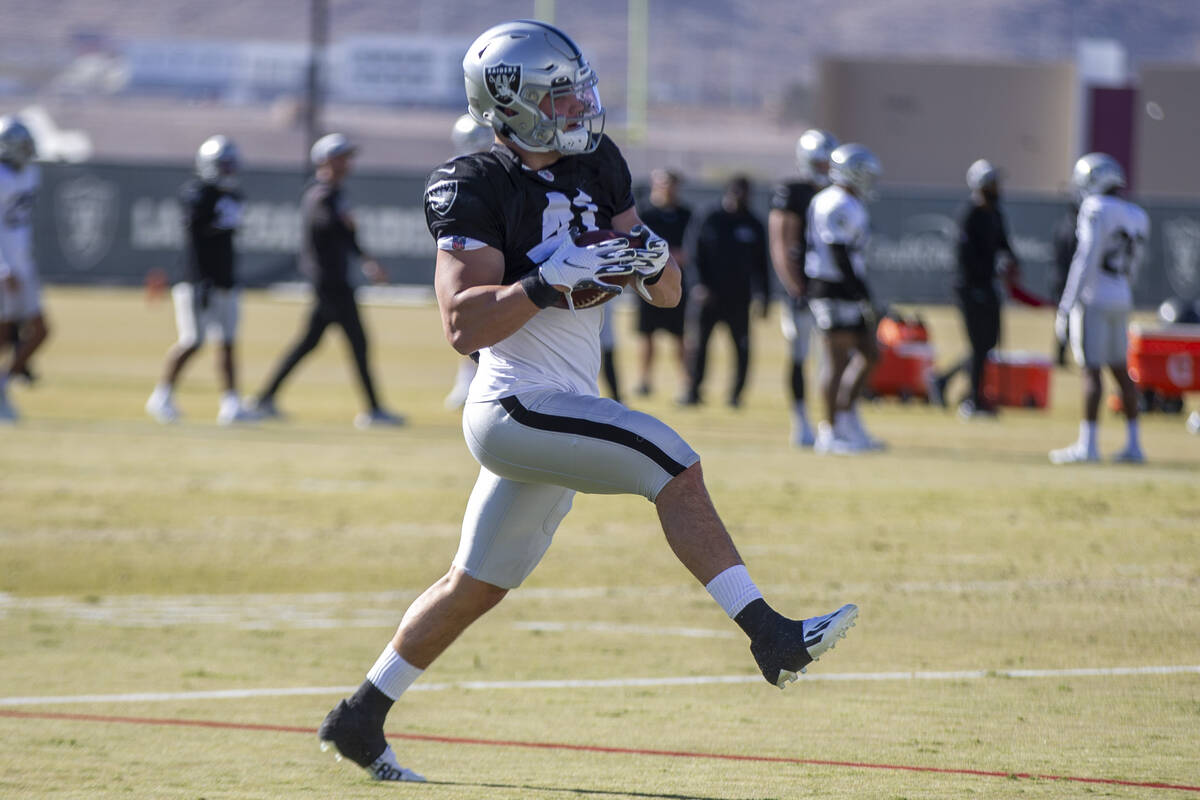 Fullback Sutton Smith has earned himself a full-time promotion from the Raiders.

The former college star at defensive end saw his first NFL action in the team’s last two games as a game-day call-up from the practice squad and has now been signed to the active roster.

It was one of several transactions confirmed by the Raiders ahead of Sunday’s 1:05 p.m. game against the Washington Football Team at Allegiant Stadium.

Wide receiver Dillon Stoner was signed back to the practice squad after clearing waivers just a day after the Raiders released him from the active roster. Stoner and tight end Matt Bushman were designated as game-day call-ups to the active roster, with star tight end Darren Waller officially downgraded to out for the game.

Wide receiver Jeff Badet was released from the practice squad to clear space for Stoner.

According to Smith’s agency, the 25-year-old inked a two-year deal. The Raiders brought him in to the practice squad after starter Alec Ingold suffered a season-ending knee injury. Ingold is a restricted free agent after the season.

Smith saw action on a total of 27 special teams plays over the last two weeks and got six snaps on offense in the victory over the Cowboys on Thanksgiving.

Teams can only call up a player twice from the practice squad on game-day before they become subject to waivers, a situation the Raiders would have had to deal with had they not promoted Smith before Sunday’s game.

Smith was a sixth-round pick of the Pittsburgh Steelers in 2019 after a storied career on defense at Northern Illinois, where he was the first two-time first-team All-American in team history, won the MAC Defensive Player of the Year award twice and was named to the league’s All-Decade Team.

He spent portions of the 2019 season on the practice squads of the Steelers, Jaguars and Seahawks. He signed with the Saints in May, but did not make the team.