The Raiders wrapped up day two of mandatory minicamp and head coach Jon Gruden was made available to the media for the first time in months. (Cassie Soto/Las Vegas Review-Journal) 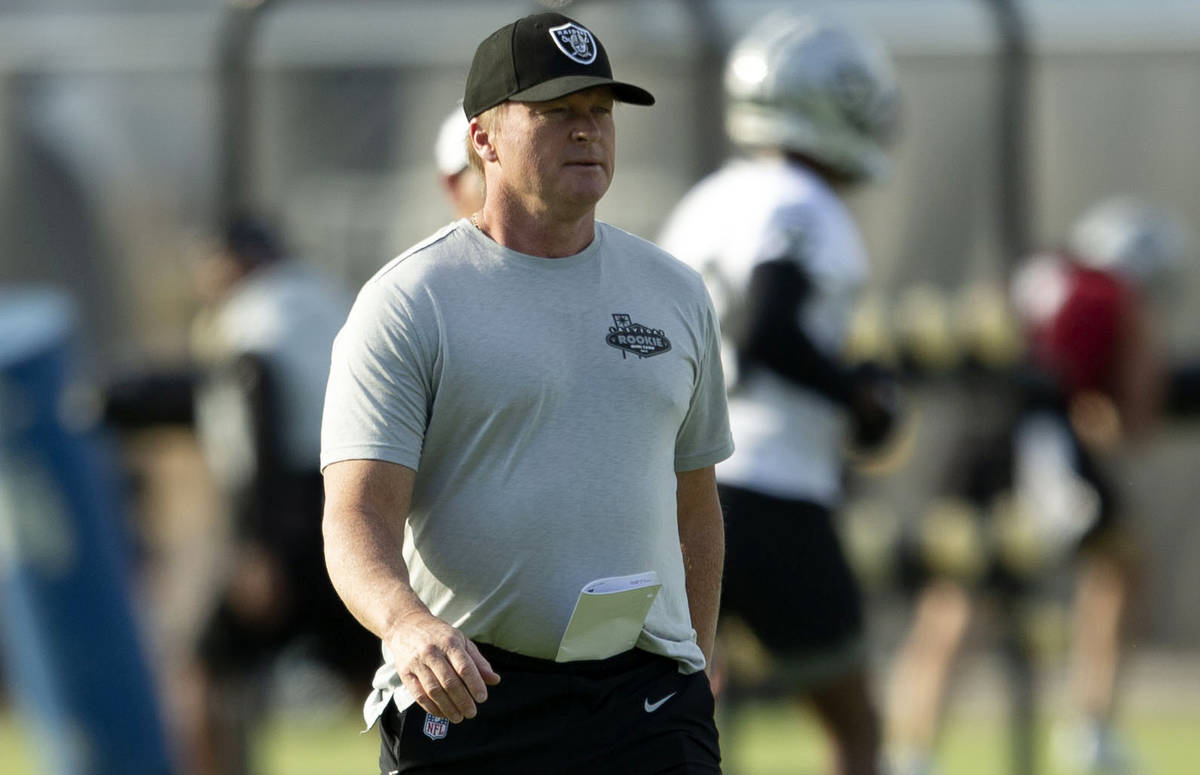 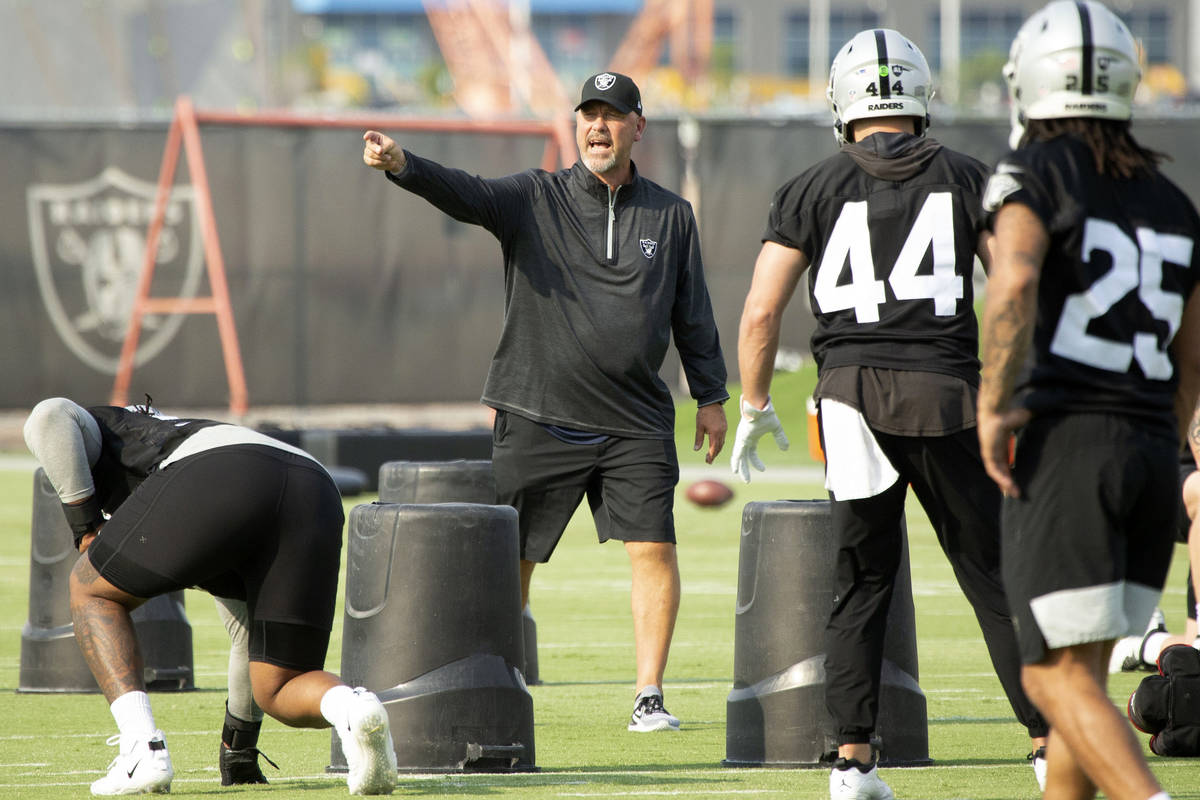 As the Raiders officially close shop on their offseason, including this week’s mandatory minicamp, the message from head coach Jon Gruden could not be any more clear.

“The expectations are rising,” he said Wednesday.

Doing so will mean a defense that surrendered the third-most points in the NFL and generated just 21 sacks significantly improves. From the hiring of defensive coordinator Gus Bradley to free agency to the draft, the Raiders focused intently on that side of the ball this offseason.

The move to replace former defensive coordinator Paul Guenther with Bradley, a respected defensive leader with track records of buidling competent defenses in Seattle and Los Angeles, was Step 1 in the defensive overhaul.

On the personnel side, Yannick Ngakoue and Quinton Jefferson were brought in along the defensive line, Casey Hayward was added at cornerback and TCU’s Tre’von Moehrig was selected in the second round at safety.

After getting a close look at all the changes over the last month or so, Gruden believes a big step forward is possible.

“I think we’re better,” Gruden said. “I think we’ve got a chance to be much better and a lot deeper and be more competitive.”

What the additions mean for some notable holdovers remains to be seen. Gruden’s insistence that starting jobs will be predicated on performance rather than draft status makes it clear a different tone has been set.

A heavy emphasis the last two years was put on fast-tracking the development of high draft picks, sometimes at the expense of performance. Gruden made it clear Wednesday that the need to win means those days are over.

In doing so, he pointed a finger directly at the secondary, a position the Raiders invested first-round picks in cornerback Damon Arnette and safety Johnathan Abram and a second-round pick in Trayvon Mullen from 2019 to 2020. Only Mullen has distinguished himself.

By adding Hayward and Rasul Douglas and safety Karl Douglas through free agency and Moehrig, Tyree Gillespie and Nate Hobbs via the draft, the Raiders have changed the complexion of the back end of their defense. With it goes the emphais on draft position.

Arnette, in particular, could be on notice.

Hayward made it clear last week he prefers to stay on the outside at cornerback rather than move back to the slot, where he played earlier in his career. If so, that could mean Hayward taking a starting job away from Arnette, who was drafted 19th in the first round last year.

“He’s going to provide a lot of competition, I can promise you that,” Gruden said of Hayward.

Presumably, that could mean Arnette moving inside to the slot, where he played some in college. But the Raiders have expressed some doubt about Arnette’s ability to seamlessly make that adjustment.

When Bradley on Wednesday talked up some of the candidates for the slot cornerback job, Arnette was not among the players he mentioned. In fact, of the young players Bradley mentioned at that position, Robertson and Hobbs drew the most praise.

The bottom line is, Gruden and the Raiders are in win-now mode. Four years into his second turn with the franchise that gave him his first head coaching job, Gruden believes it’s time to take the next step. The glimpse he got of his team over the last month gives him hope that can happen next fall.

“We got better each day,” Gruden said. “We did a lot of strategic things and focused every day, and we got better. I’m very happy about that.”