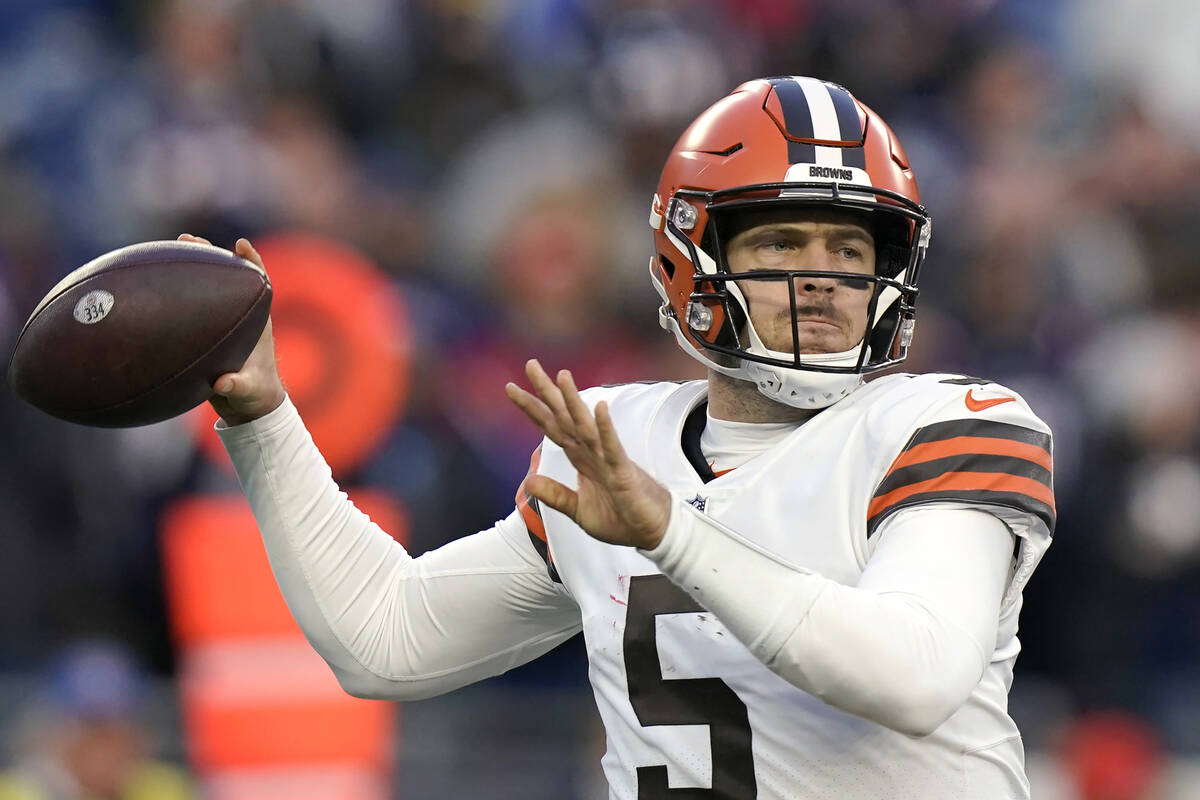 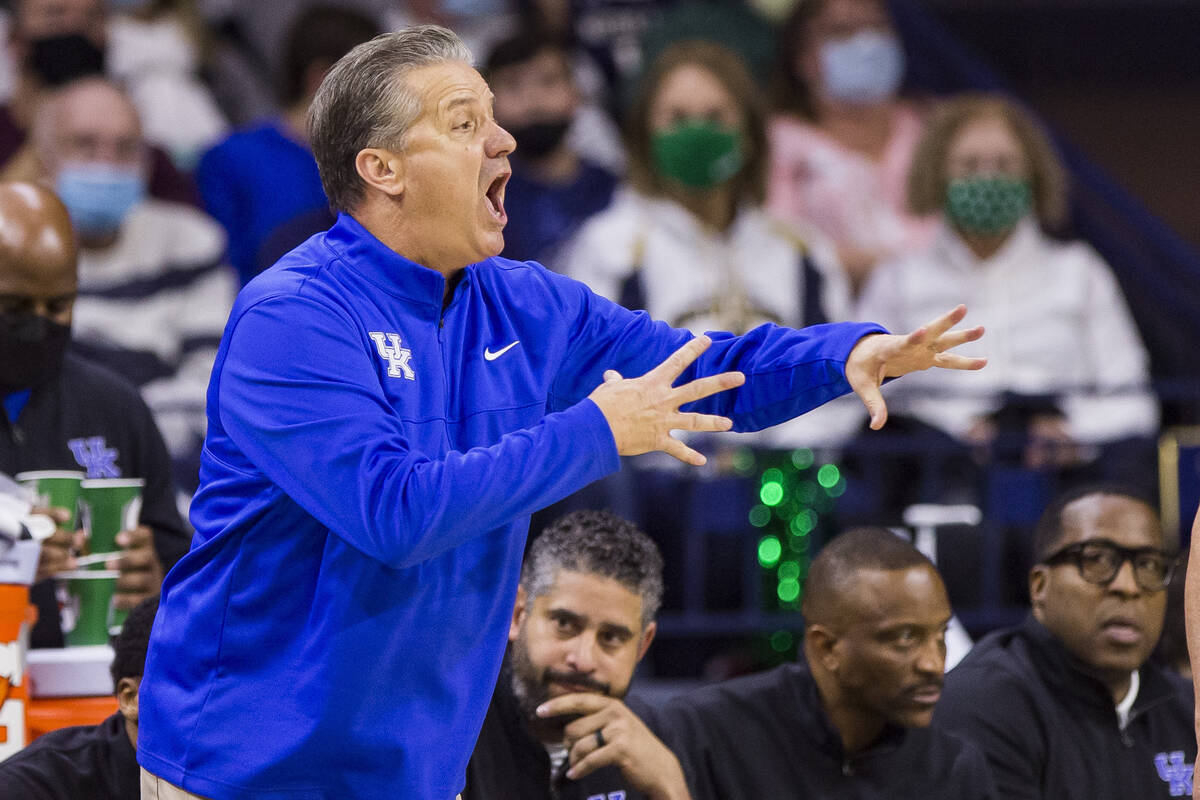 The sports world in general and Las Vegas in particular Thursday were feeling the effects of the latest wave of the coronavirus.

If the game is played as scheduled, the Raiders will face the Cleveland Browns’ third-string quarterback Saturday after backup Case Keenum tested positive for COVID-19.

Starter Baker Mayfield was placed on the reserve/COVID-19 list on Wednesday. Nick Mullens is the only active quarterback on the Browns’ roster.

The Raiders are scheduled to visit the Browns at 1:30 p.m. Saturday, but the NFL Players Association is “pushing aggressively” for a postponement, according to Pro Football Talk. PFT reported “the union is concerned about player safety and game integrity.”

Also, the NFLPA is currently pushing aggressively for a postponement of the Raiders-Browns game on Saturday. Some in the union believe the entire season should shut down for a week. The union is concerned about player safety and game integrity.

In Las Vegas, the Ohio State-Kentucky men’s basketball game scheduled for Saturday at T-Mobile Arena was canceled because of COVID issues within the Buckeyes’ program. The Wildcats reportedly are searching for a replacement opponent in Las Vegas.

That game was supposed to be part of the CBS Sports Classic, which also includes UCLA playing North Carolina. UCLA canceled its game Wednesday against Alabama State because of COVID protocols that included coach Mick Cronin. There was no immediate announcement on whether the Bruins would travel to Las Vegas.

He pointed to last season’s playoffs when the Browns went to Pittsburgh and won 48-37 despite being without coach Kevin Stefanski and playing with a weakened offensive line because of COVID protocols.

“We’re looking at jersey numbers and trying to get prepared ourselves to go play a game and put a good performance on the field,” Bisaccia said. “I know they are going to have a team show up, and I know they are going to play hard. I really think we need to look at ourselves and how we can go out there and put a performance on the field to help us have a chance to win.”

The NFL, which saw 129 players added to the COVID list since Monday, announced new protocols Thursday. Those include:

■ No in-person meetings unless they are outside or in a bubble and with proper social distancing.

■ Face masks must be worn inside team facilities.

■ Indoor activities such as attending a nightclub, home gathering or concert are prohibited or only allowed with specific restrictions. Attending a professional sporting event is allowed only under certain conditions.

Bisaccia noted the Raiders were fully vaccinated, but even they have had some COVID issues.

“We have lost some guys for games because of that,” he said. “But it’s just something everyone in the league has to deal with, and we’re the same way. So we’ll adhere to whatever protocols just came out as soon as I figure out what they are, and we’ll just kind of move along as business as usual.”

The Golden Knights released a similar statement Wednesday. NHL spokesperson Gary Meagher noted the league has implemented more than 20 protocols since March 2020. He said the NHL will “continue to look at what enhanced measures might be required, especially in the wake of the current outbreak we are dealing with.”

Elsewhere, Friday is “booster day” in the NBA, which has mandated every player get a COVID booster shot. There were more than 39 players from 13 teams known to be in the league’s protocols, including Los Angeles Lakers guard Russell Westbrook.

And on Thursday night, the Montreal Canadiens hosted the Philadelphia Flyers before an empty arena after Quebec health officials made the request to bar fans earlier in the day.

Review-Journal sports reporter Adam Hill and The Associated Press contributed to this report. 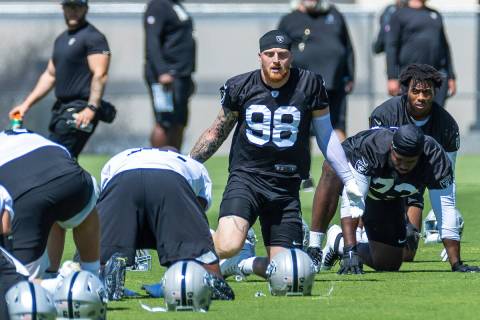 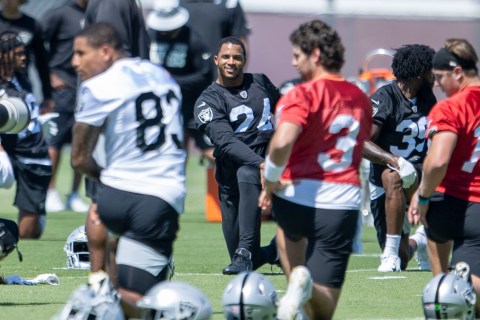