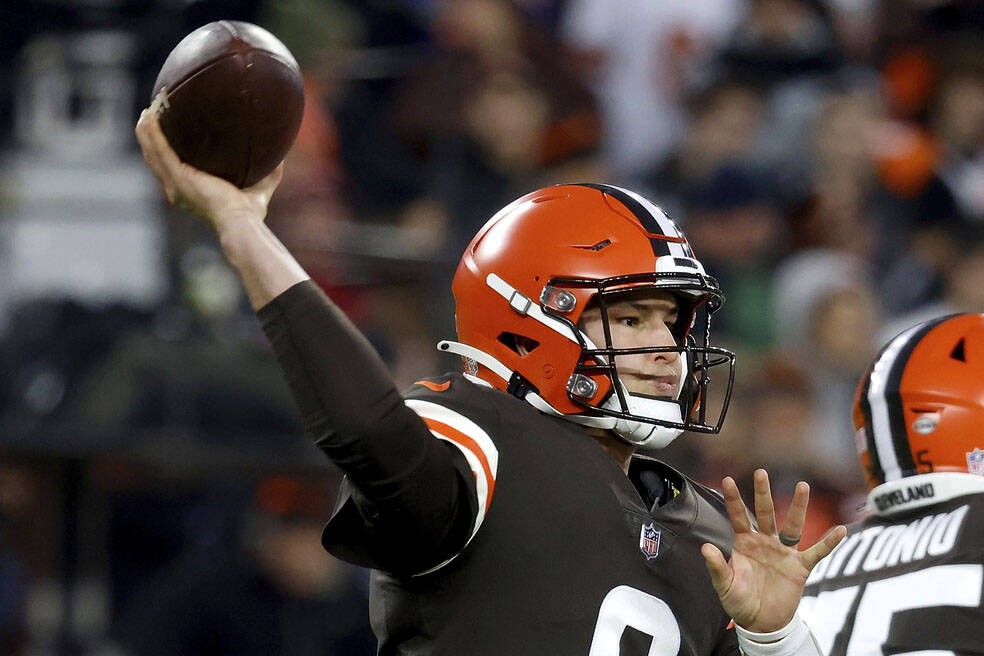 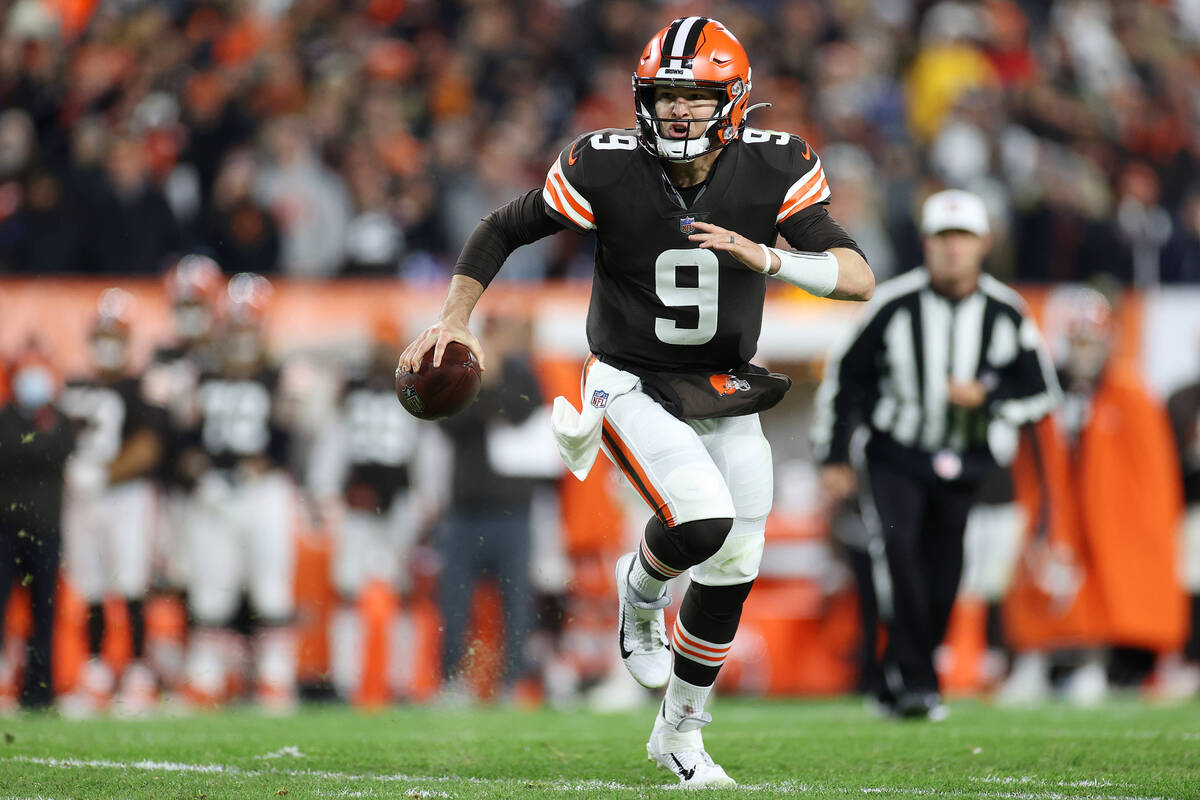 Cleveland Browns quarterback Nick Mullens (9) makes a run before throwing the ball for a touchdown during the second half of an NFL football game at the FirstEnergy Stadium in Cleveland, Ohio, Monday, Dec. 20, 2021. (Erik Verduzco / Las Vegas Review-Journal) @Erik_Verduzco

Just a couple of days after Raiders head coach Josh McDaniels said they weren’t done making moves at quarterback, the club came to terms with veteran Nick Mullens on a one-year contract.

Mullens played last year with the Cleveland Browns after spending the first three years of his career with the 49ers.

For now, he fits the Raiders’ need for an experienced backup to Derek Carr. Prior to Friday, only journeyman Garrett Gilbert was on the roster behind Carr.

The Raiders also re-signed defensive tackle Johnathan Hankins on Friday. Hankins has been in the NFL since 2013 after being drafted by the Giants out of Ohio State. Hankins time in New York overlapped with Patrick Graham, the new Raiders defensive coordinator.

Hankins has been with the Raiders since 2018.

Ideally, the Raiders would like to have a young, developmental quarterback in the system, under contract for a prolonged period of time, and developing under McDaniels and his staff.

During McDaniels’ time in New England, quarterbacks such as Matt Cassel, Jimmy Garoppolo and Jacoby Brissett fit that bill.

The Raiders could pull the trigger on a quarterback in next month’s draft, as well.

“There’s a lot of things we have to look at going forward in terms of what’s the best thing for us,” McDaniels said. “Short-term window, long-term window of developing a guy. I always think that’s best for a quarterback … that he’s in the same system, coached by the same coaches, hears the same terminology and by years two and three he’s the best version of himself.” 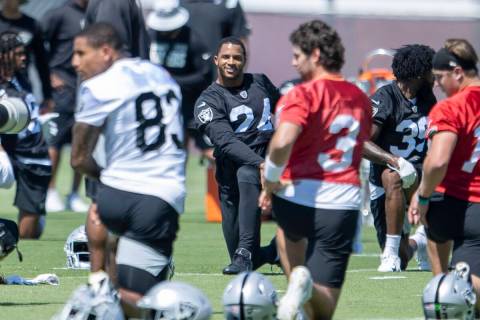 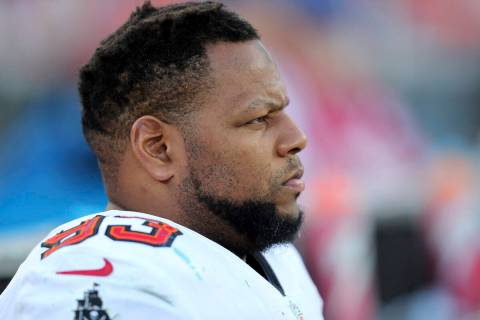