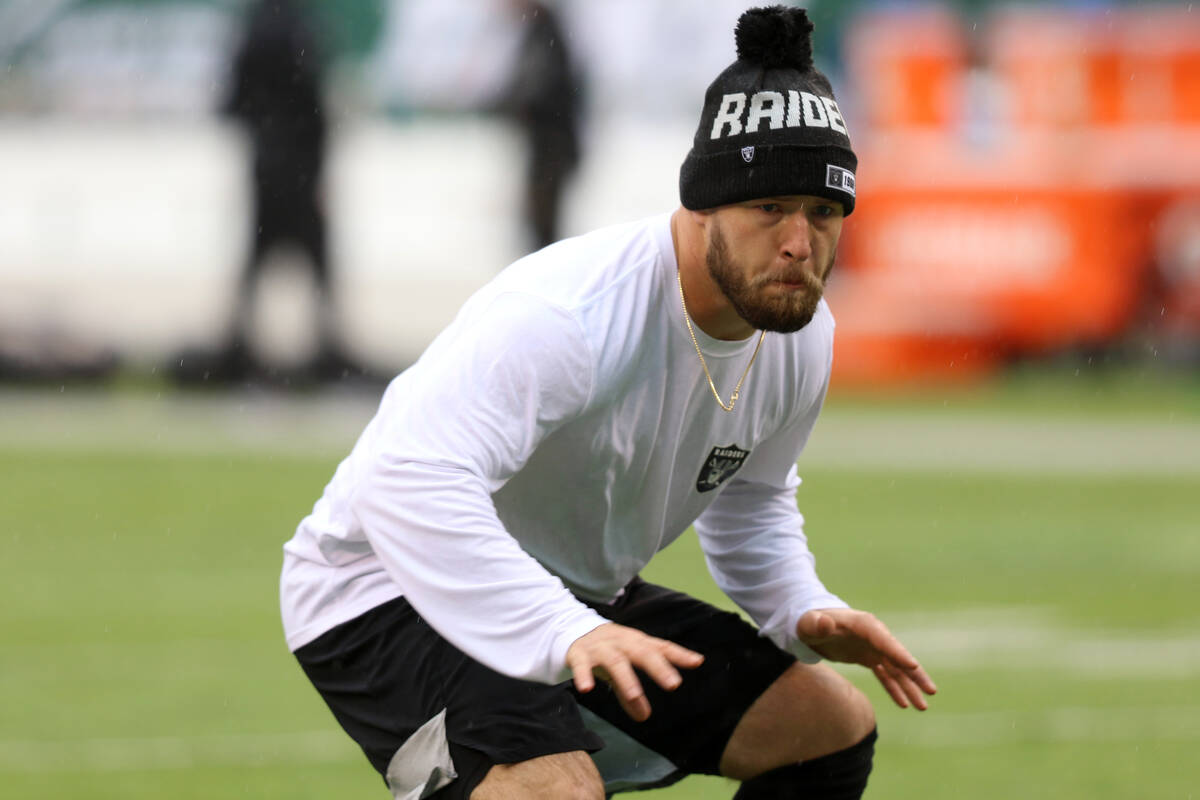 Oakland Raiders inside linebacker Will Compton works out on the field prior to an NFL game at against the New York Jets in East Rutherford, N.J., Sunday, Nov. 24, 2019. (Heidi Fang /Las Vegas Review-Journal) @HeidiFang

With injuries mounting at linebacker, the Raiders are reaching back to their recent past by signing veteran Will Compton for reinforcement.

Compton announced on Twitter that he is rejoining the Raiders.

He played the 2019 season with the Raiders after playing with the Washington Football Team and Tennessee the previous six seasons. He had 41 tackles in his lone year with the Raiders.

Compton played 12 games with Tennessee last year. He has not played a game this season.

The Raiders have been banged up lately at linebacker, with Patrick Onuasor (hamstring), Denzel Perryman (ankle), Cory Littleton (stinger) and Nick Kwiatkoski (ankle) all considered day to day.