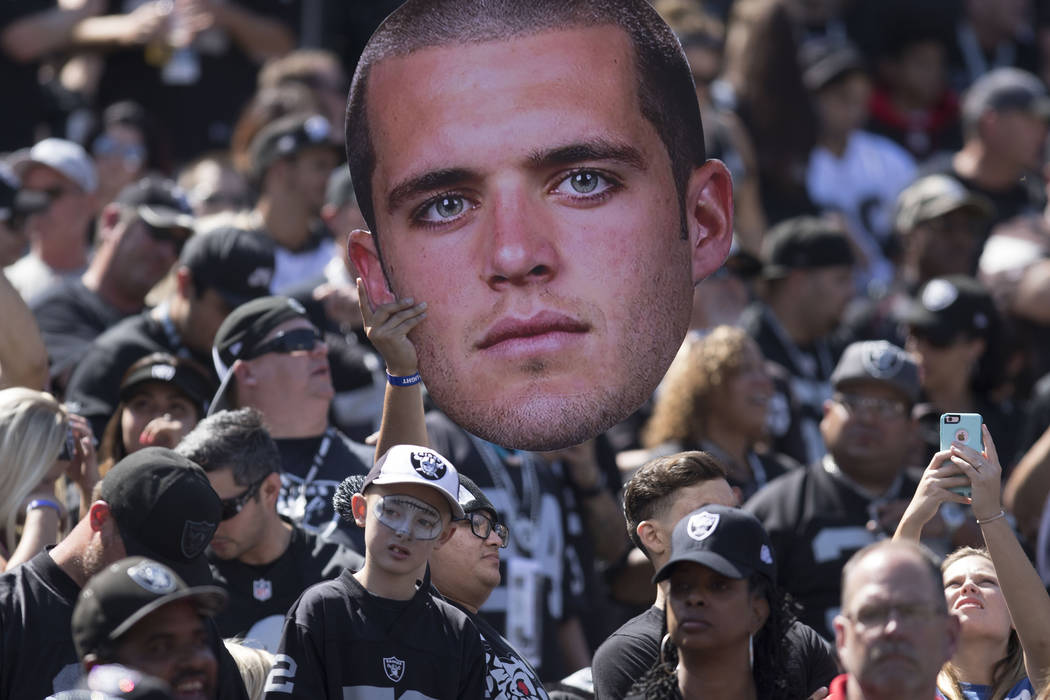 A cut out of Oakland Raiders quarterback Derek Carr (4) is held up by fans in the Oakland-Alameda County Coliseum during the team's game against the New York Jets in Oakland, Calif., Sunday, Sept. 17, 2017. Heidi Fang Las Vegas Review-Journal @HeidiFang

Derek Carr’s latest endorsement is his most bizarre one. In mid-August, Derek Carr teased on Twitter what appeared to be an impending music career.

On Monday, in collaboration with Educational Employees Credit Union, Carr released his debut single titled “A Bank I Can Trust.” In the video, Carr donned an all-jean outfit while he lip synced to a song by the credit union.

The video also starred Derek’s older brother, David, as the two are sponsored by EECU. The Carrs have made commercials with the Fresno, California, based EECU for more than two years.

Derek said he saw the commercials as an opportunity to put smiles on people’s faces.

“It was fun because every commercial we do with them, all we want to do is, the end goal is we want people to laugh,” he said. “And if they laugh at me for it, that’s good, that’s what we want. I laughed at myself, so it’s all good with me.”

Will he have a music career when his football days are over?