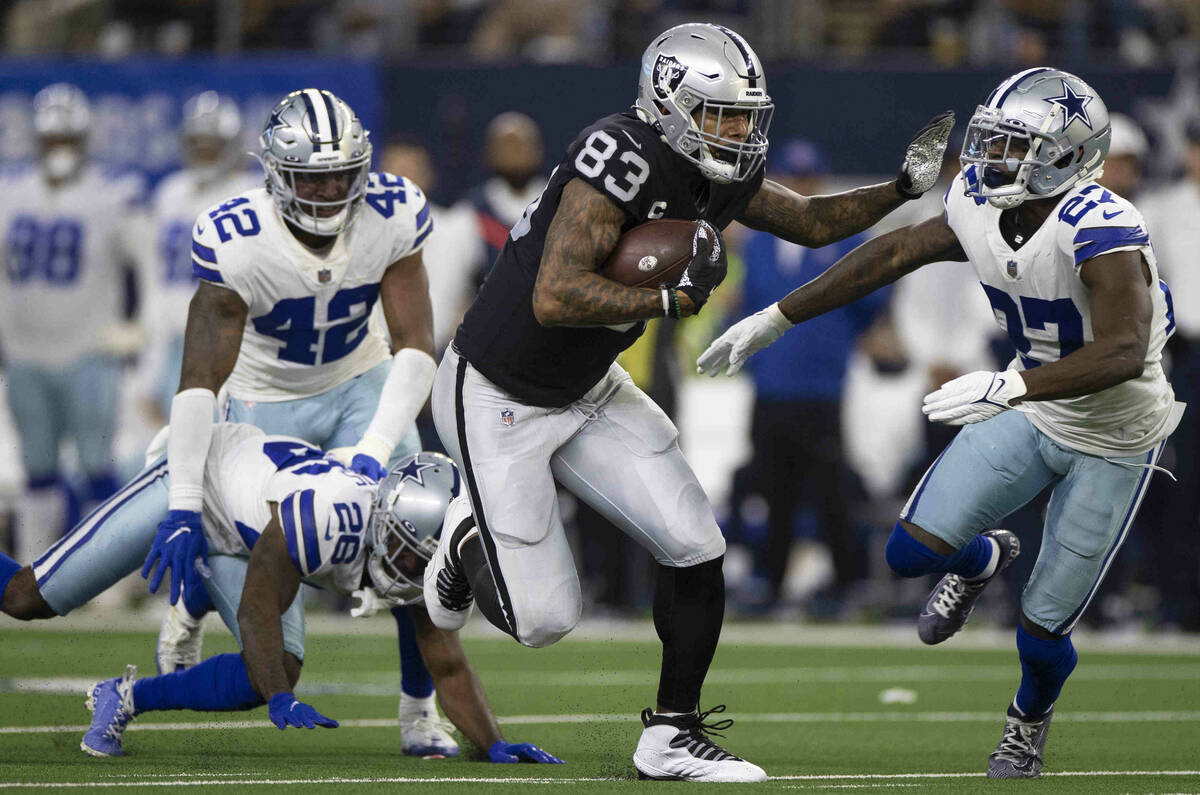 According to a person with knowledge of the situation, an MRI on Friday revealed Waller suffered a strained IT band in his knee.

Waller injured the knee in the second quarter of the Raiders’ 36-33 win over the Dallas Cowboys on Thursday. He remained on the sideline throughout the remainder of the half, trying to jog the injury off while also staying loose on a stationary bike. After halftime, though, he returned to the Raiders’ sidelines in streetclothes.

The Raiders have 10 days before they take the field again against the Washington Football Team on Dec. 5 at Allegiant Stadium, giving Waller extra time to rehab the injury. The Raiders are off until Monday.