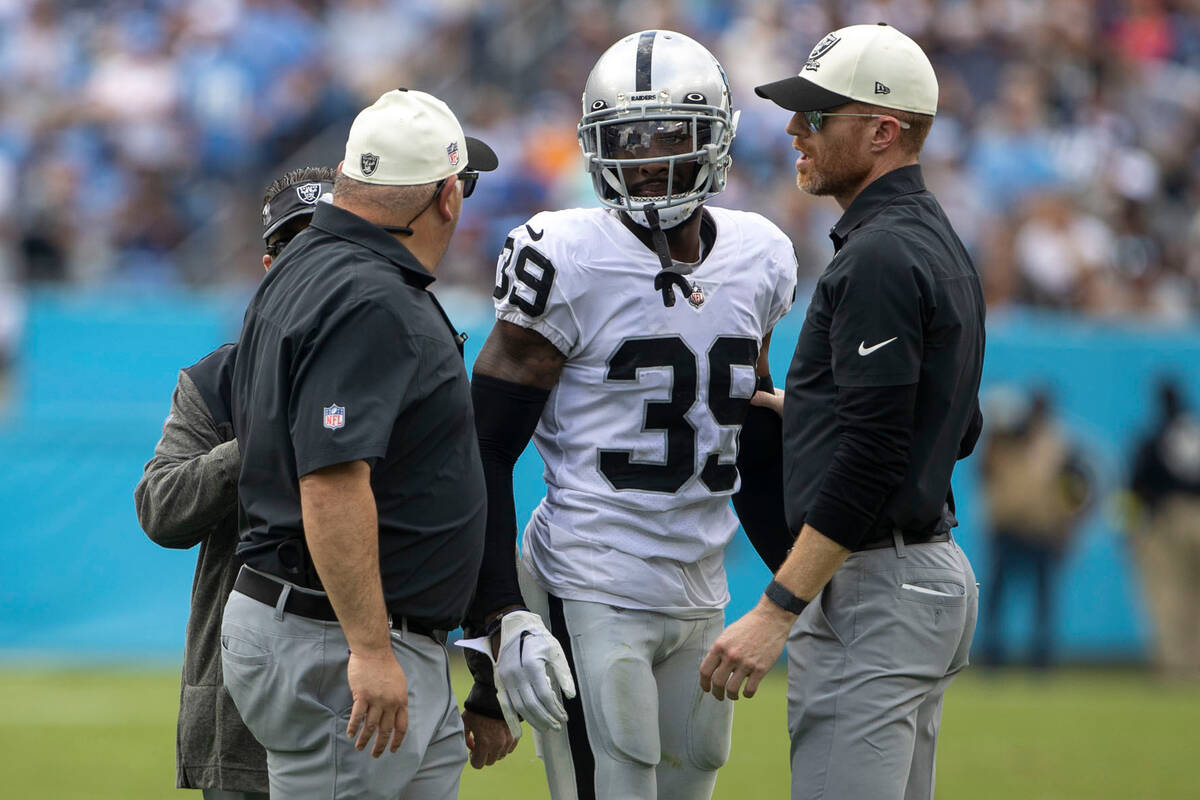 Raiders cornerback Nate Hobbs (39) is helped off the field by trainers during the second half of an NFL game against the Tennessee Titans at Nissan Stadium on Sunday, Sept. 25, 2022, in Nashville, Tenn. (Heidi Fang/Las Vegas Review-Journal) @HeidiFang

Hobbs has emerged as a consistent performer for the Raiders in the secondary, following up a stellar rookie season with a solid start to his sophomore campaign.

This marks the third straight game the Raiders have had a starter enter the league’s protocol for head injuries.

Center Andre James was injured on the final offensive play of the opener against the Chargers and missed the last two contests.

He did return to practice in a non-contact jersey on Thursday and Friday, but has not been fully cleared.

Wide receiver Hunter Renfrow was injured late in overtime of the Week 2 loss to the Cardinals. He did not play against the Titans.

Other than Hobbs, the Raiders left Tennessee fairly healthy.

“I have no other information on anybody,” McDaniels said. “It wasn’t a big list of guys that were dinged yesterday, so we’ll know more obviously when we get in (the facility on Monday).”

McDaniels said the defense made a good play on wide receiver Davante Adams during Sunday’s game when it looked like Adams and tight end Darren Waller were both in the same area of the end zone.

“The design ultimately wasn’t for them to be kind of close. But again, they had a say in that too the way they played it and defended it decent,” McDaniels said. “I thought Derek (Carr) made a good effort to try to still give us an opportunity to score. But no, the design, we don’t ever really want spacing to be that way.”

Waller attempted to catch Carr’s pass. It went off his hands and fell incomplete in the end zone.

Adams was behind Waller and appeared frustrated the ball never got to him.

“We were moving the pocket a little bit and Davante kind of got caught inside the guy, and really, he was going to the corner, but the guy was making life a little difficult for him,” McDaniels said. “And then Darren was screaming across the back line like he was supposed to.” 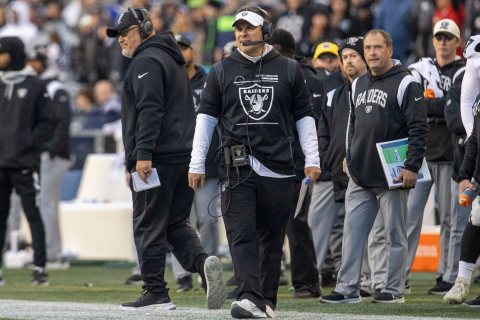 Coach Josh McDaniels isn’t sure the Raiders would have been able to find a way to win Sunday’s game without the confidence they gained the previous week in Denver. 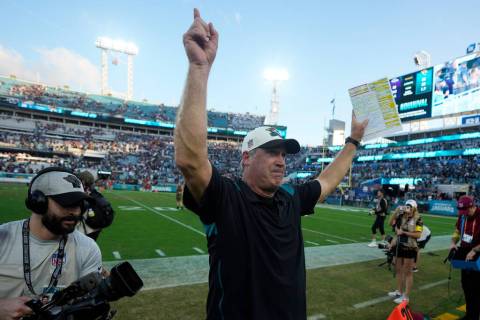 The Caesars Sportsbook bettor had four underdogs who all covered in dramatic fashion to help them cash the ticket, which was a 755-1 long shot. 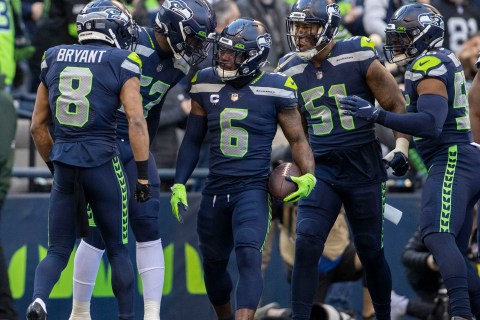 Did Seahawks get away with an illegal player on the field?
By Vincent Bonsignore / RJ

Seahawks linebacker Darrell Taylor illegally came off the sideline in the middle of an interception by teammate Quandre Diggs Sunday against the Raiders. 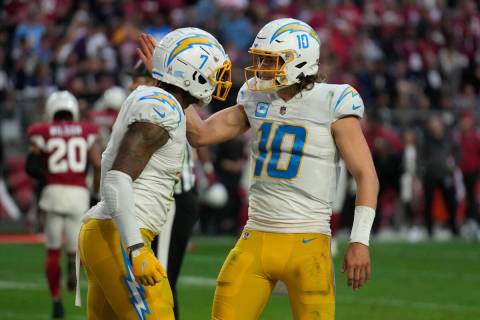 The roars from the crowd at the Red Rock Resort sportsbook came one after another late Sunday afternoon as the NFL took fans and bettors on another thrill ride. 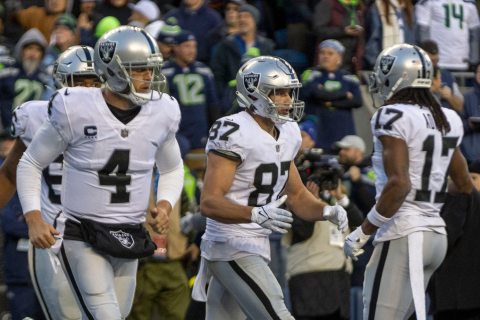 Raiders tight end Foster Moreau caught the game-tying touchdown late in the fourth quarter after dropping an on-target throw to end a promising drive in the third. 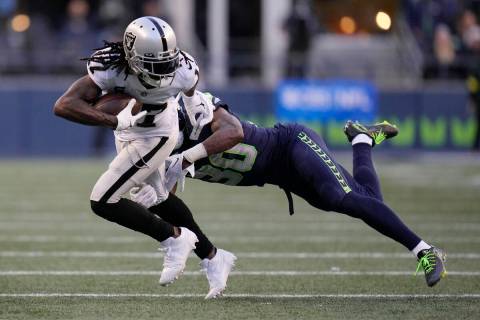 How the Raiders performed in an overtime victory over the Seahawks on Sunday at Lumen Field in Seattle. 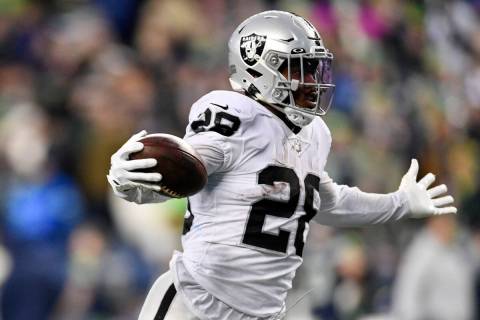 Three takeaways from the Raiders’ overtime victory over the Seahawks on Sunday at Lumen Field in Seattle. 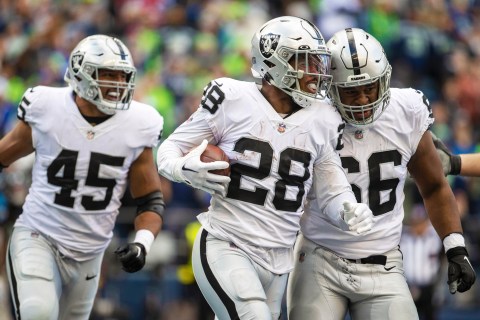 Josh Jacobs ran 86 yards for the winning touchdown in overtime and finished with 303 total yards to lead the Raiders past the Seattle Seahawks on Sunday at Lumen Field. 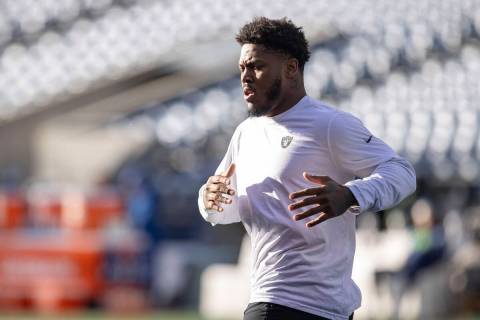 The Raiders will have running back Josh Jacobs and left tackle Kolton Miller against the Seahawks on Sunday.