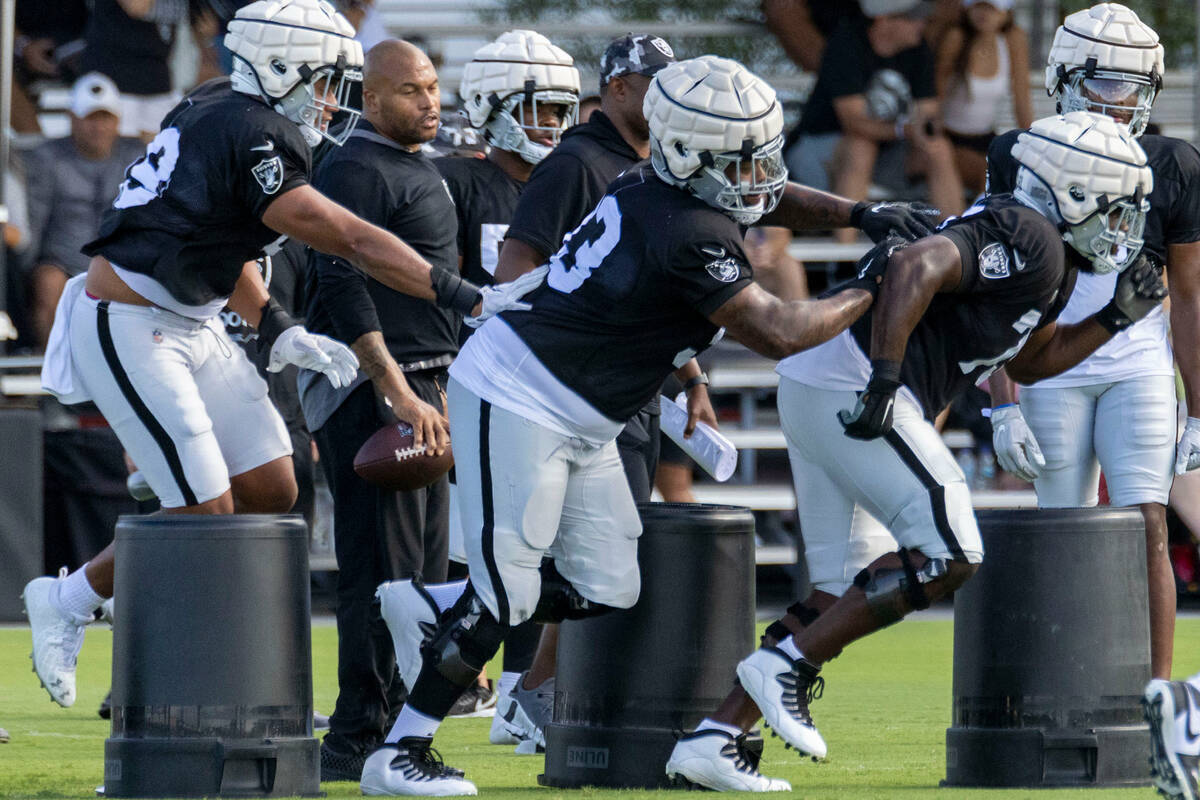 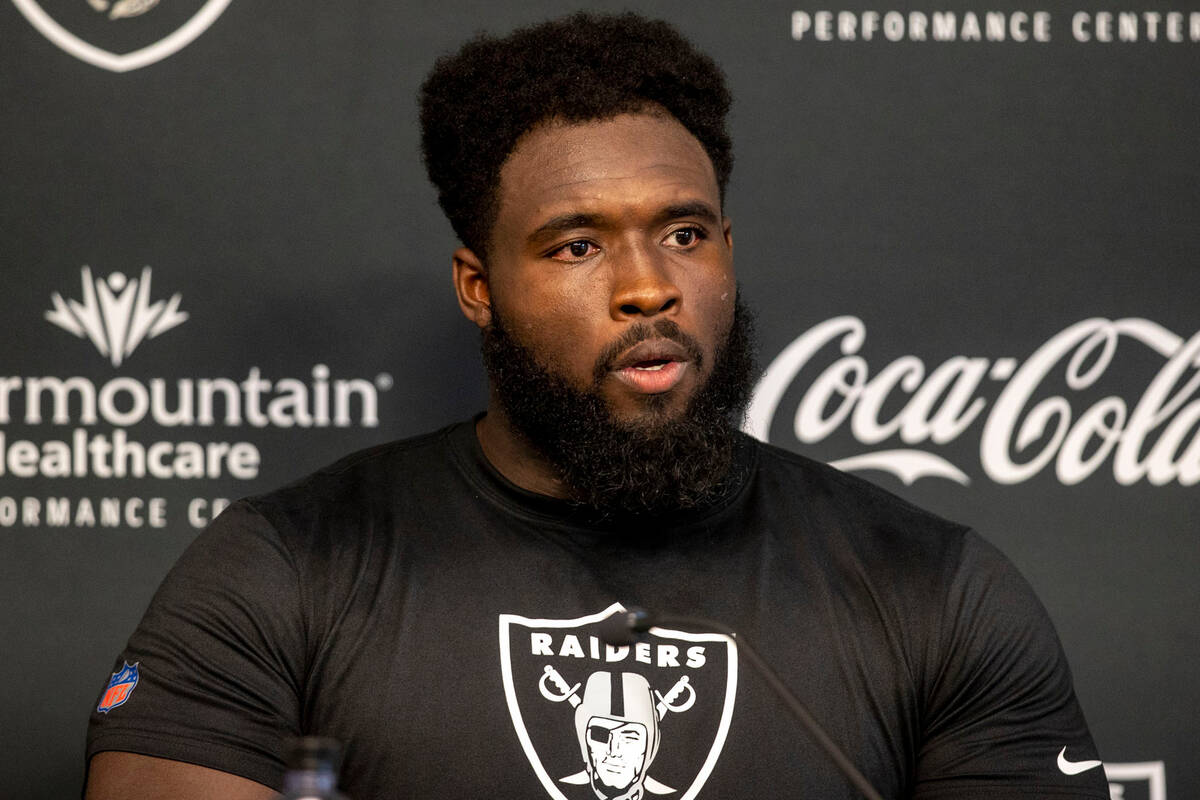 Like most rookies entering Week Three of their first NFL training camp, Matthew Butler quietly goes about his business with the goal of getting better every day.

Every so often, though, a young player does or says something that offers a different glimpse into their personality. Sometimes it can be a precursor to what type of player they become.

One such moment arrived on Tuesday for Butler. When asked about the fight that broke out between Maxx Crosby and rookie guard Dylan Parham that eventually morphed into a short free-for-all between the offensive and defensive lines, the first-year defensive tackle said sternly, “We’ll handle it the way it needs to be handled.”

For a brief moment, Butler went from being the quiet rookie he is to the leader he might one day become. There is a long way to go before the bridge is built to connect those versions of Butler, but the manner in which he carries himself suggests he might get there.

That includes his wise-beyond-years perspective about the game, including his appreciation of the greats who came before him. Hence the beeline he made to the defensive linemen when he and the Raiders visited the Pro Football Hall of Fame on their trip to Canton.

It’s a respect that covers eras and players one wouldn’t think a 23-year-old might even know, let alone revere. In fact, Butler name-dropped former NFL greats Deacon Jones and the Rams’ famous Fearsome Foursome as inspirations.

To put that in perspective, Jones played his last NFL game 25 years before Butler was born. Nevertheless, Butler said when he transitioned to the defensive line as a 12-year-old, he sought out the greats of the game at that position.

“You just want to learn a little bit about the history of the game and appreciate it more,” he said.

As for his play, both he and fellow rookie defensive lineman Neil Farrell are picking up maximum reps during camp and the preseason as a result of veterans Johnathan Hankins and Bilal Nichols still being on the physically unable to perform list.

That included the combined 71 snaps they played against the Jaguars in the Hall of Fame game. As first games go, it was certainly a hit-or-miss proposition. But from an experience and teaching standpoint, it was a much-needed first step.

“I think the most important thing is for them to get out there,” Raiders defensive line coach Frank Okam said. “When you’re going at your guys consistently in practice, it’s really good to go against another color to kind of see where you are.”

Butler, a fifth-round pick from Tennessee, and Farrell, a fourth-round pick out of LSU, are part of the Raiders’ long-range plan on the defensive line. Aside from Nichols, every other veteran interior defensive lineman is playing on a one-year contract, meaning Farrell and Nichols could figure prominently at that position for multiple years, either as rotational players or starters.

Both are coming off senior seasons in which they took big steps forward to enhance their draft status, and each profile as being able to line up at various points along the interior of the defensive line and in multiple schemes.

Getting command of the various roles they might play can be quite the challenge, although both seem to be adapting fairly well.

“A lot of ah-ha moments,” Butler said. “You’re always just learning the game. Learn from the best, learn from your coaches.”

The Jaguars game represented an opportunity for them to show the Raiders staff where they stand on the development ladder.

“The things we’re trying to get them to do, can they apply and actually show up on tape,” Okam explained.

For Farrell, the approach was fairly basic. He simply dialed things back to LSU. “Go hard, play hard,” he said.

As far as his performance, Farrell said he was focused on what he needed to do in order to keep moving in the right direction. That process continued on Tuesday in as physical and spirited a practice as the Raiders have had this camp.

“Doing what I’ve got to do to get better,” Farrell said.