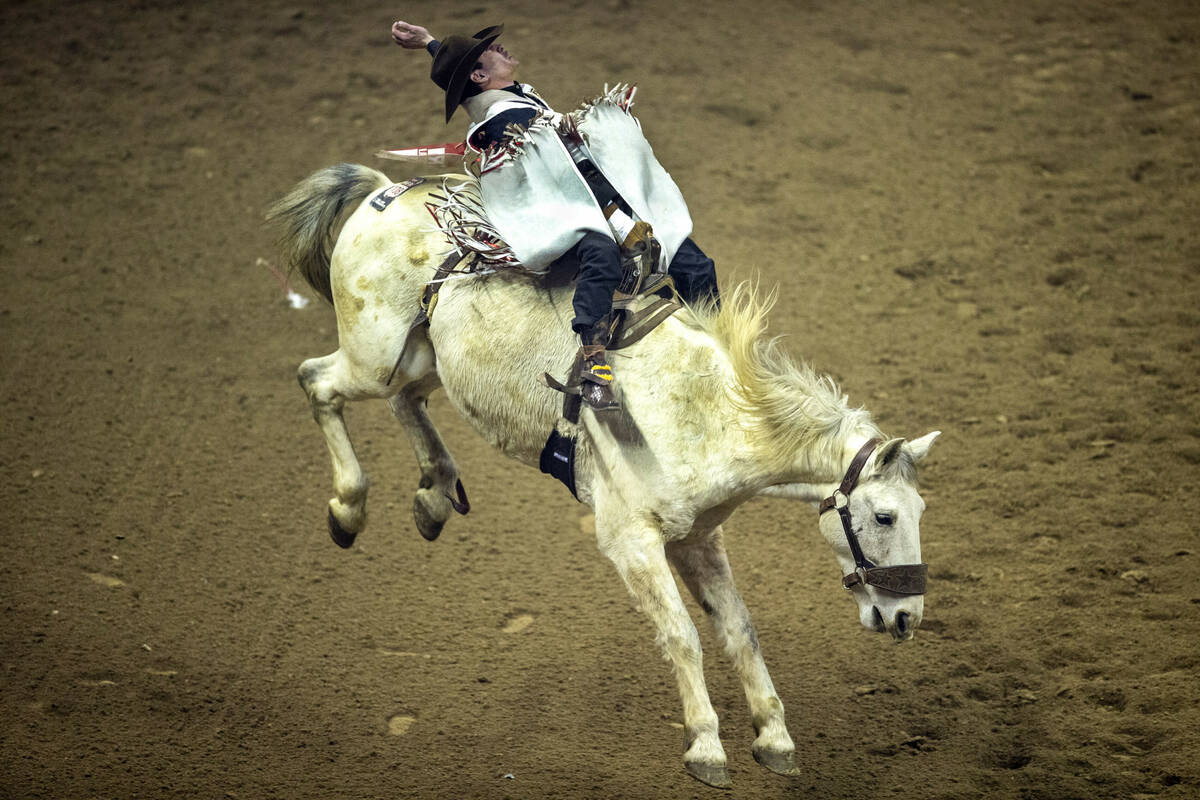 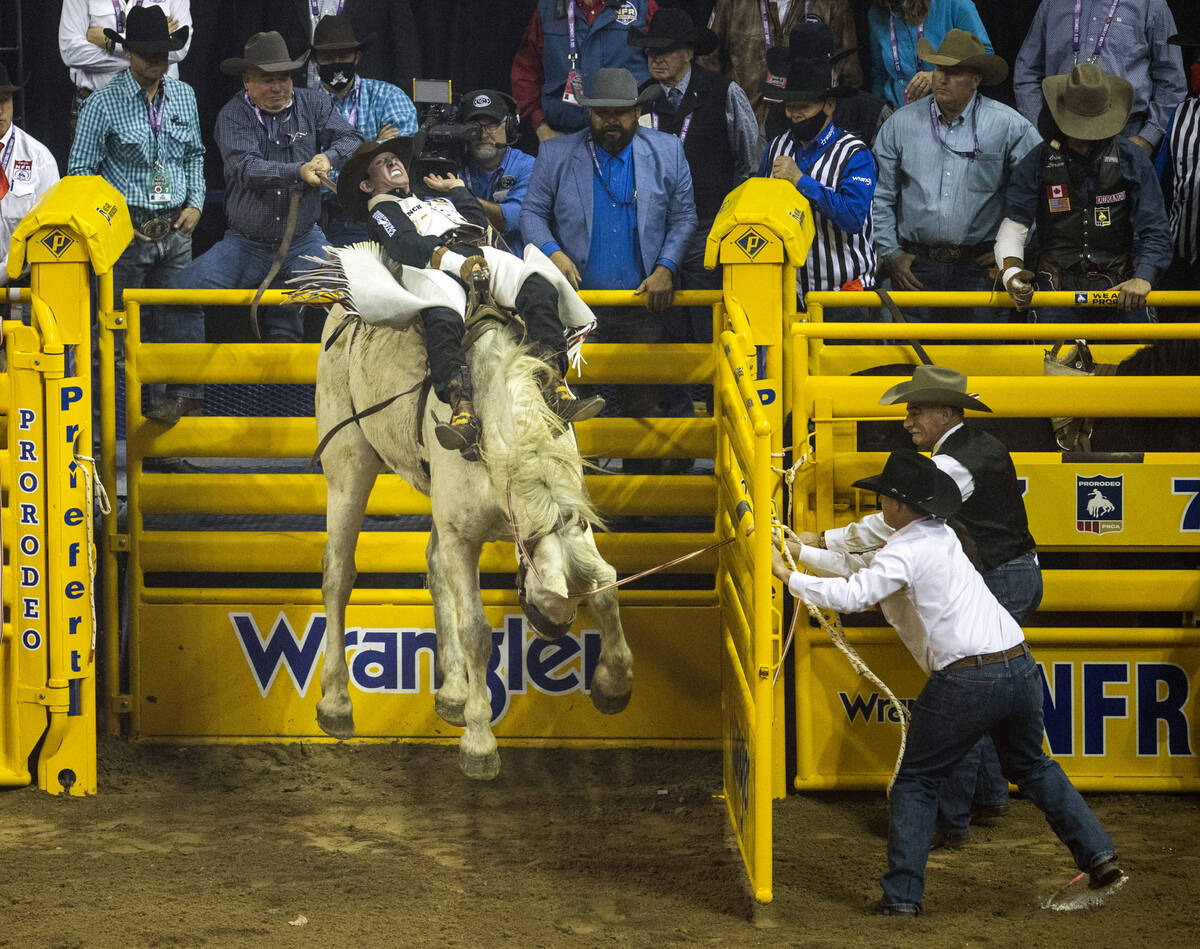 It was 20 years ago when a cowboy from the Oklahoma Panhandle named Bret Franks competed in the last of his three National Finals Rodeos at the Thomas & Mack Center. His wife was watching from the stands, and she wasn’t exactly comfortable.

Let the record show that the circle of life at the NFR has a pretty tight radius.

Up in the stands, Cole Franks’ proud papa and former coach at tiny Clarendon College in the Texas Panhandle took a seat.

“I was in the middle of the row with about 20 people on either side of me, and I knew he was first out,” Bret Franks said. “When the last (opening ceremonies) flag rider started leaving the arena, I stood up, turned around and told the people behind me: “I’m sorry, but I’m gonna be standing up for this, and you can look around me or whatever.

“Man, that first night was really nerve-wracking. Sitting up there in the stands and not being able to help or give advice or have a coaching role as I always have in the past, it was pretty tough. But we got through it, and (Friday) was a lot more fun.”

If you were craning your neck to see around Bret Franks, or even if you were looking on from the upper reaches of the Thomas & Mack Center with the aid of binoculars, it wasn’t hard picking out his offspring.

Cole Franks is 20 and looks 16 — “I tried my luck at the MGM (craps tables), but I couldn’t get away with it,” the younger Franks said — and he was the only rider wearing loose-fitting black khakis purchased at Walmart instead of super snug Wranglers.

“I like the baggy stuff, gets a little more air flowing,” said the reigning College National Finals Rodeo all-around champion who pocketed another check in Saturday’s third go-round, earning sixth-place money with an 85-point effort. “At the college finals, I had golf pants that were stretchy.”

“It’s awesome, so surreal,” he said of competing at the Thomas & Mack. “Growing up watching and playing couch judge with my dad, it’s all we’ve ever talked about. It’s super fast-paced, and before you know it, you’re done and it’s over with.

“(Thursday) night was a blur from the time I put my rigging on the horse to the end of the saddle bronc riding. It was all a mashed-up blur with so much stuff going on that I can’t look back and remember what happened.”

Up in the stands above the chutes, the third-place finisher in the 1999 world saddle bronc standings no longer was standing as a courtesy to others. But he was still balancing on the edge of his seat. Bret Franks also coached NFR saddle bronc qualifiers Wyatt Casper and Tegan Smith (who won Saturday’s go-round) at little Clarendon College and said he was “super proud” of all three.

“There are 350 kids who go to school there, and it’s really one of the smallest colleges in the nation,” he said. “To have three (NFR qualifiers) come out of the program is a huge, huge deal.”

It’s enough to make a guy want to stand up and cheer, regardless of whose view he’s blocking.