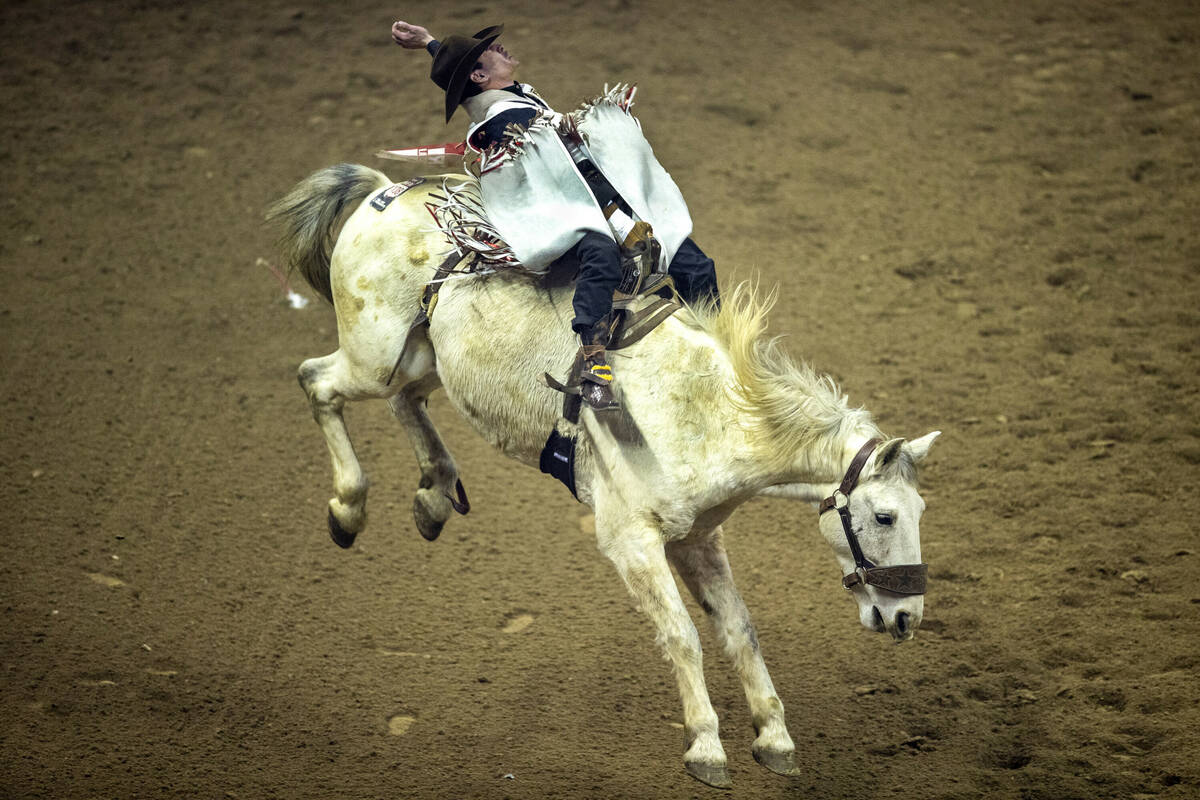 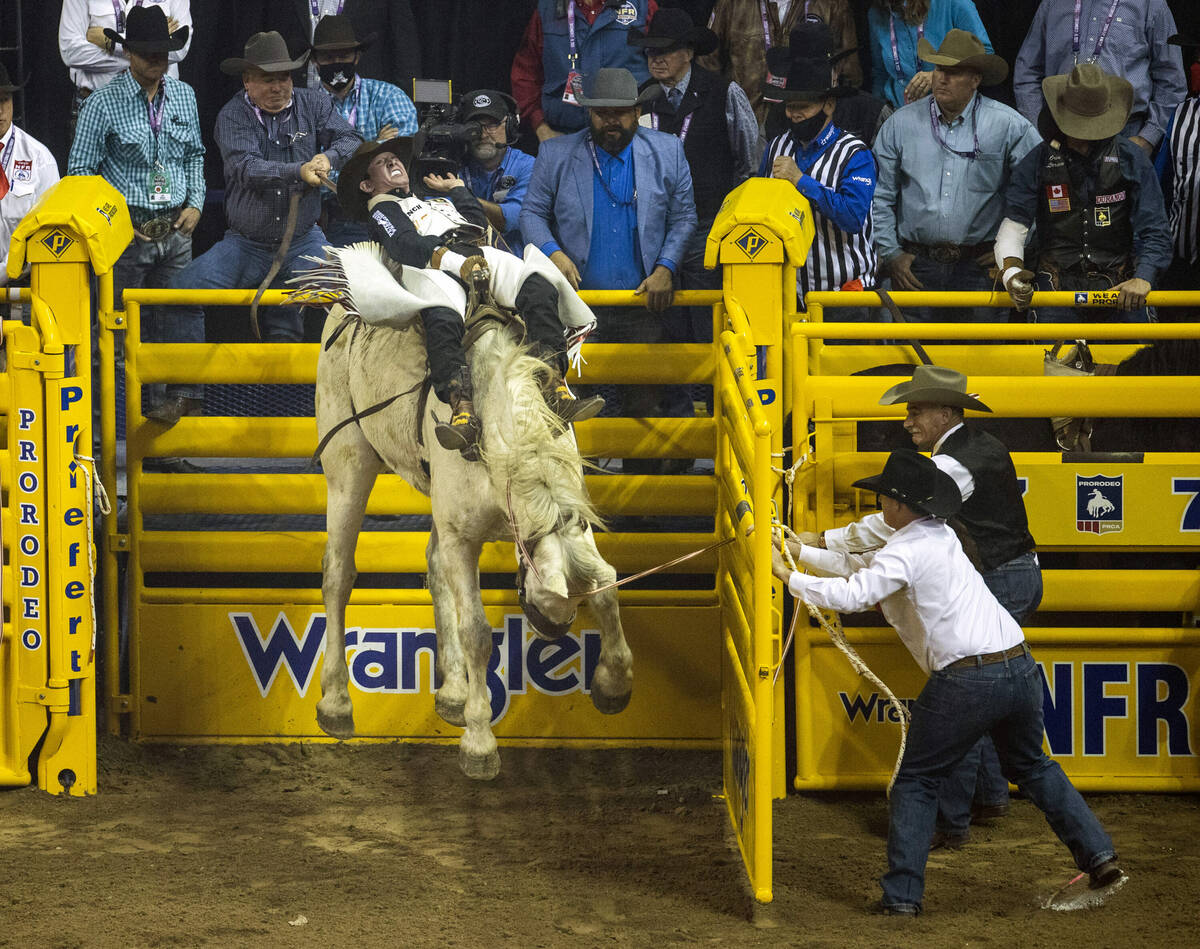 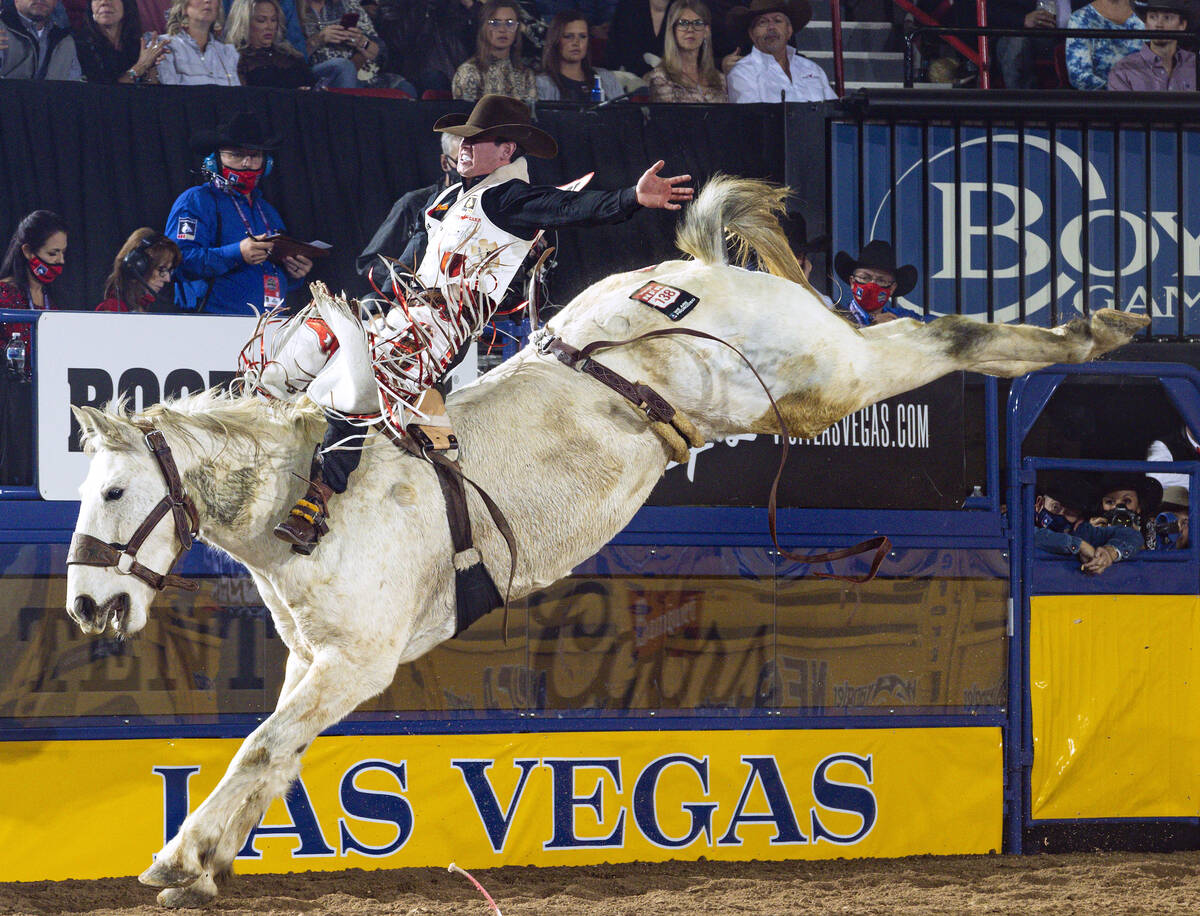 Cole Franks action shot. It's from Saturday's Round 3, so not the round he got his best score, but a good general photo, nonetheless. Photo credit: PRCA photo by Rod Connor.

It’s been quite a year’s worth of work for Cole Franks. In fact, it’d be a career year, if not for the fact that Franks’ career has just begun.

“I don’t think it’s fully set in that I’m actually in the NFR,” Franks said. “But I’ve always had really good backing from my family and friends.”

Oh, and this year, Pope is back at the NFR and currently No. 1 in the average and No. 1 in the world standings.

“Before the College Finals, I was just shooting for winning at the College Finals and (PRCA) Rookie of the Year,” Franks said. “But Tim and Jess got me to change that goal to qualifying for the NFR. They said, ‘If you make the NFR, you’ll probably make the rookie goal.’ I’ve never rodeoed like I did this year. They helped me out along the way, keeping that mentality of qualifying for the NFR.

“It’s kind of hard to believe it actually happened, especially this fast.”

But that’s what happens when you rack up a lot of wins and cash-outs over the course of the season. Franks was 12th among the 15 NFR qualifiers, with regular-season earnings of $77,393. He posted 10 victories with a couple of co-championships. But it was still a grind to stay until the end to stay in the top 15.

“I’ve always been strong-minded about talking it into existence. People were like, ‘See you in Vegas,’ and I’d reply, ‘Yeah, I’ll be there.’ But saying it and making it happen are different,” Franks said, while recalling how he felt upon achieving the goal. “Maybe just relieving in a way. It feels like a lot of weight is off your shoulders after that. There’s a lot of pressure to make it happen.”

Being in a rodeo family probably adds to that pressure. But again, it’s also helped Franks succeed at an accelerated pace. He learned rodeo lessons from dad his whole life and then got superb traveling partners in O’Connell and Pope in his first season as a pro. Success begets success.

“They were all a lot of help with the mental side of it. All three are very strong-minded, do whatever it takes, and that kind of wore off on me,” Franks said, while noting all three gave similar advice as he competes in the Thomas &Mack Center for the first time. “Take it one horse at a time, one round at a time. Get the first one out of the way, knock the nerves off a little bit, then worry about the next one in front of you.”

That strategy has worked just fine in Franks’ first moments under the glaring spotlight of the NFR. He had a 90-point round in Monday’s fifth go-round to take second and earn his biggest check of the week, at $21,336. He has cashed in four additional go-rounds and is up to $70,562 for the week, putting him at $147,955 for the year, 10th in the world standings. And after Wednesday’s seventh go-round, he stood third in the NFR average, which could give him a big boost if he keeps it up through Saturday’s 10th and final go.

With world Nos. 1 and 2 Kaycee Feild and Pope making a lot of hay this week, too, Franks is realistic about what’s possible.

“We kind of did a numbers-crunching. I don’t believe the gold buckle is possible, but winning the average is the highest goal for this year,” Franks said of his hopes of posting the best 10-round score this week. “It’ll be a successful 10 days if I win two or three go-rounds. That’d be a very successful 10 days, especially for my first time.”

He came close with that second-place ride, just one point behind Feild’s winning 91. Regardless, Franks intends to soak it all in and enjoy what he expects to be the first of many NFR trips.

“I’m excited about getting on those horses. That and the atmosphere, everybody being right on top of you the whole time. That’s a pretty cool feeling.”