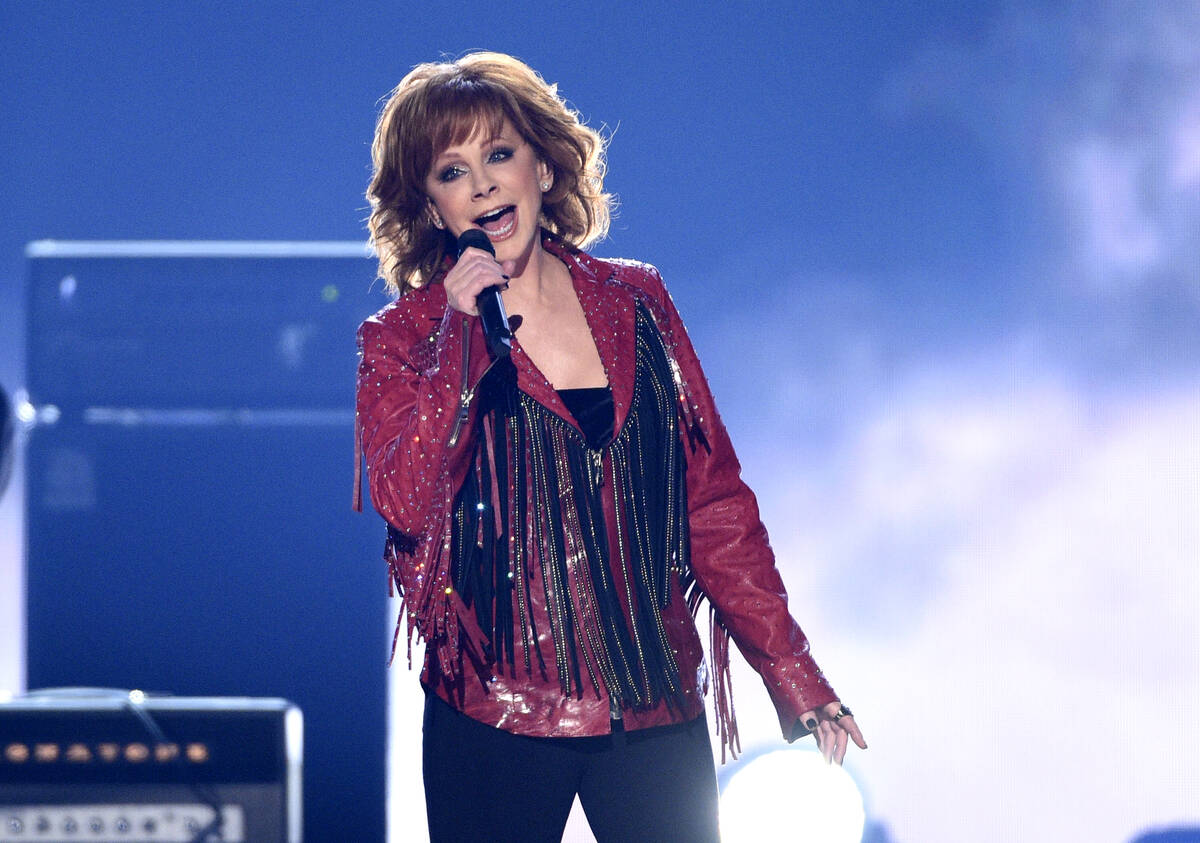 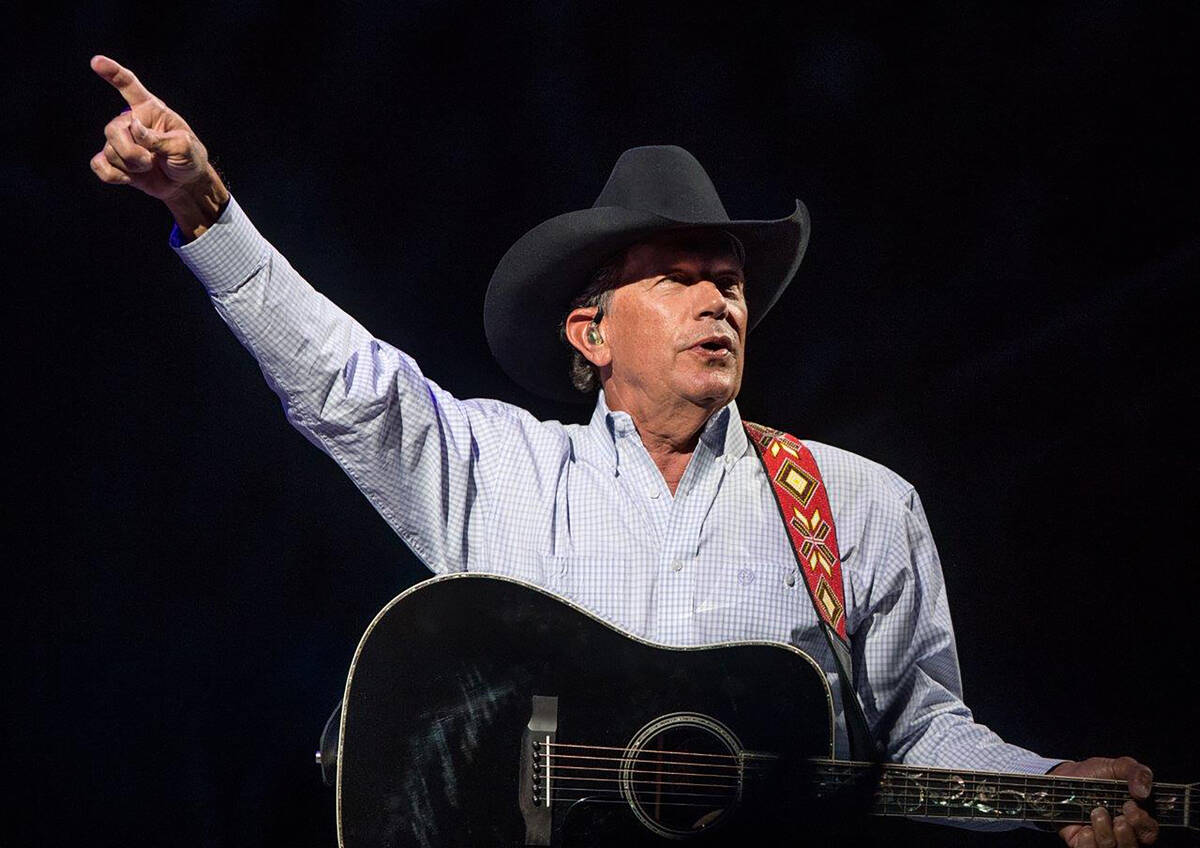 NFR brings country icon George Strait back to T-Mobile Arena, perhaps the most intimate venue in which you’re likely to see him. (Tom Donoghue) 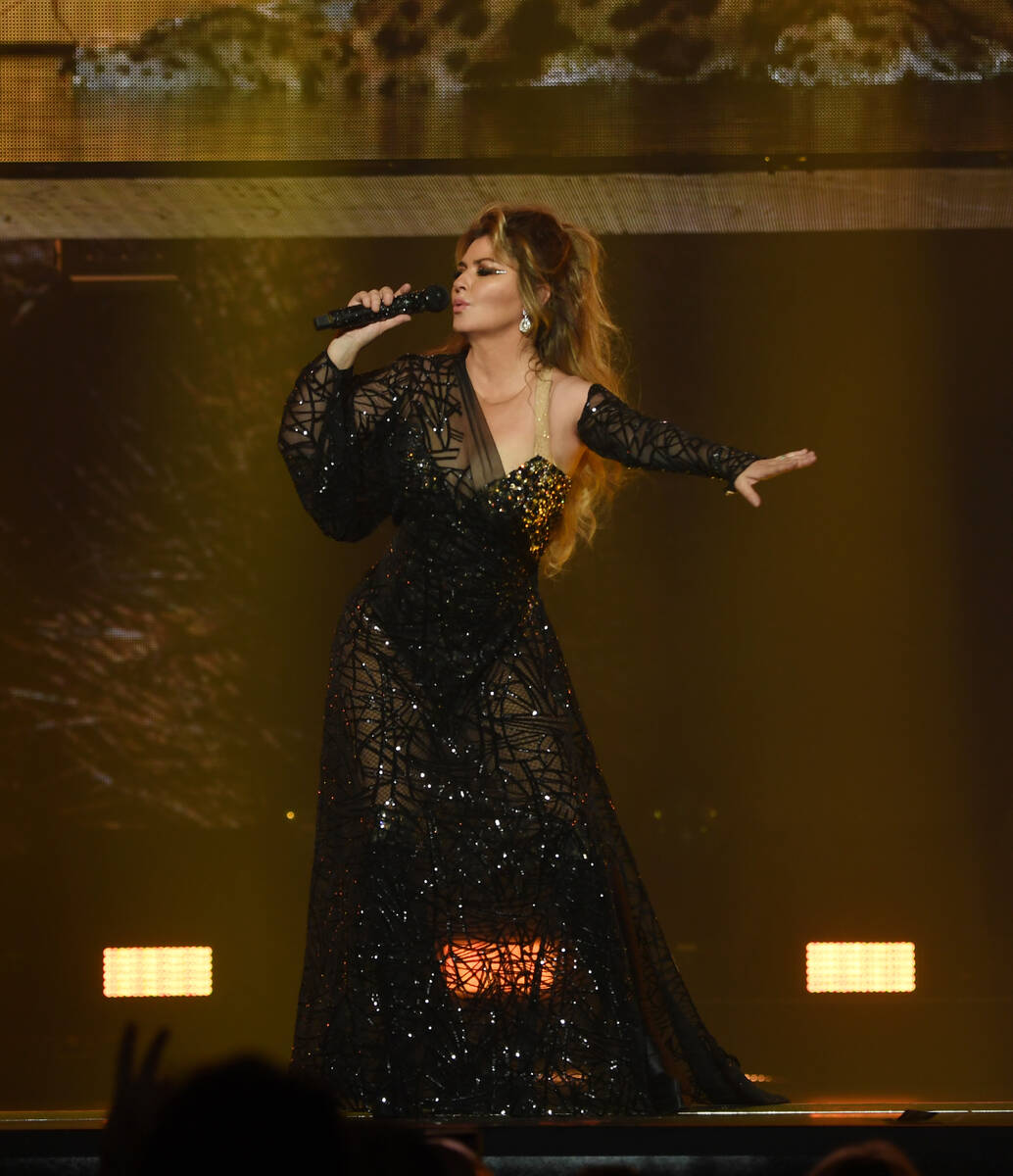 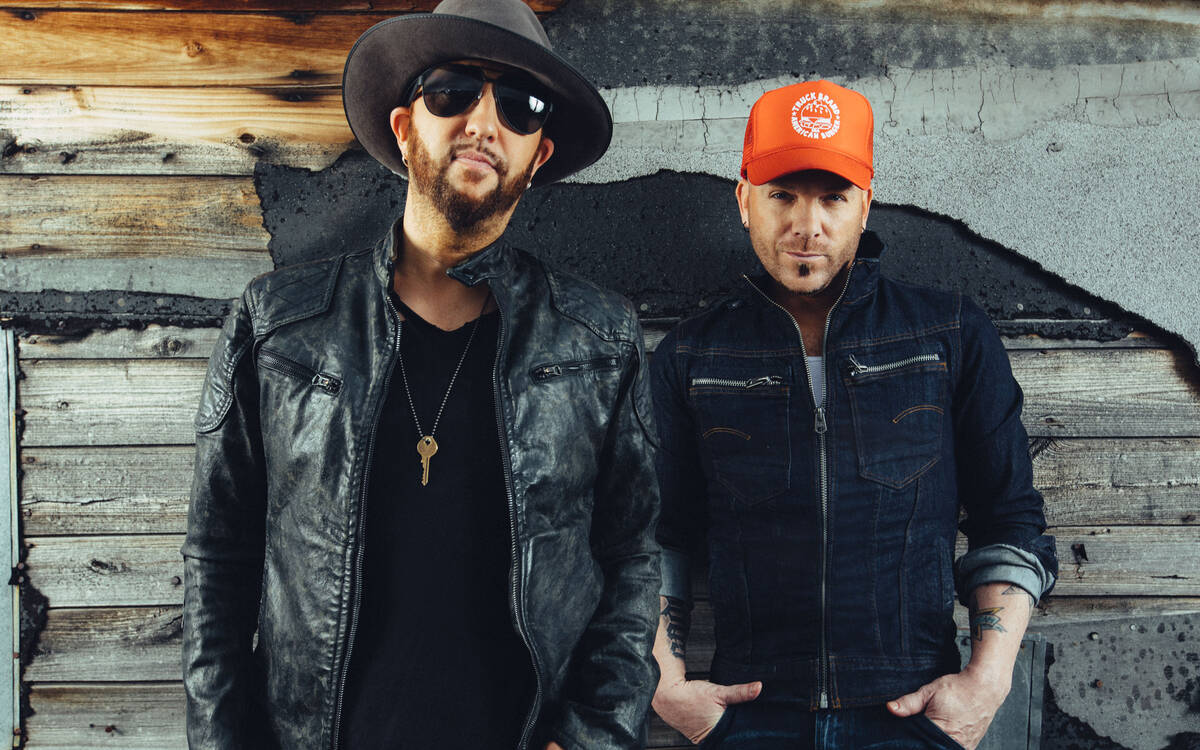 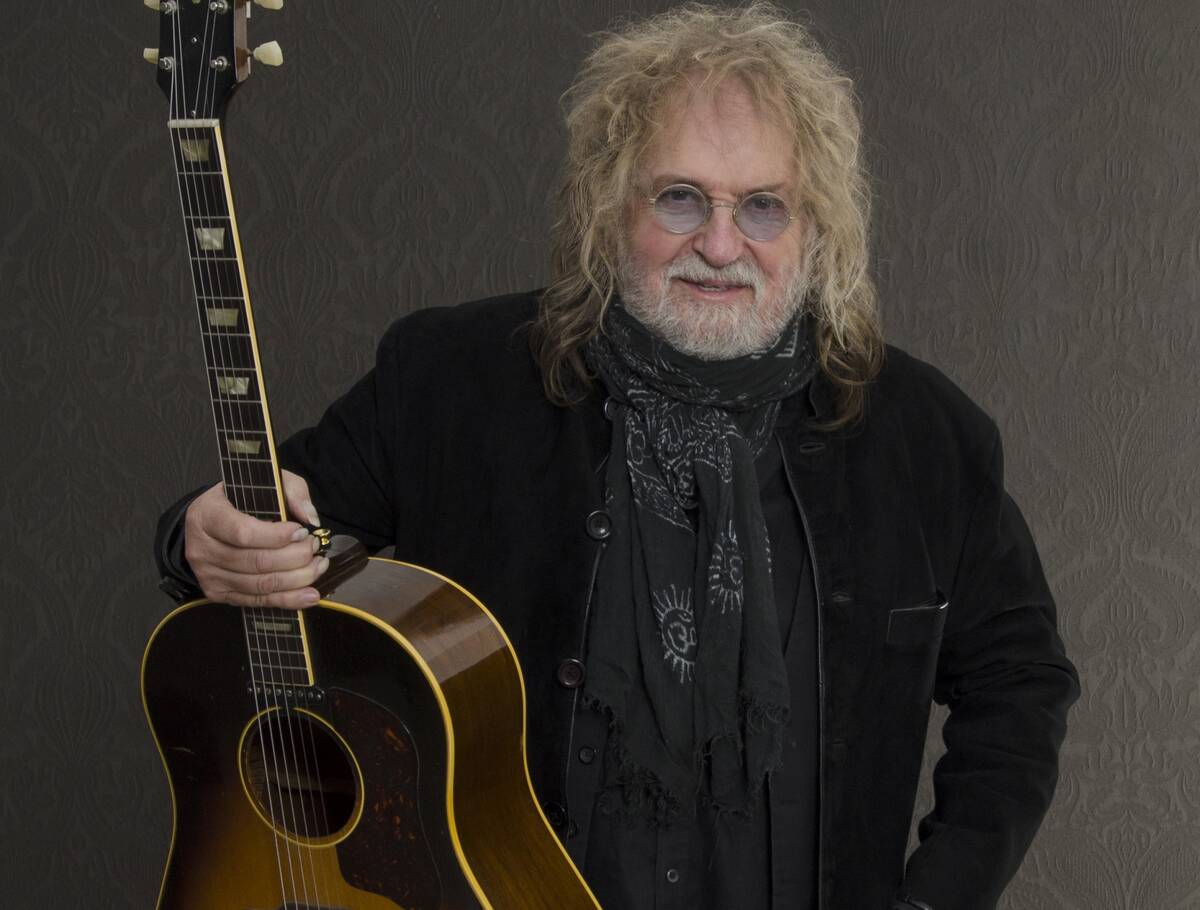 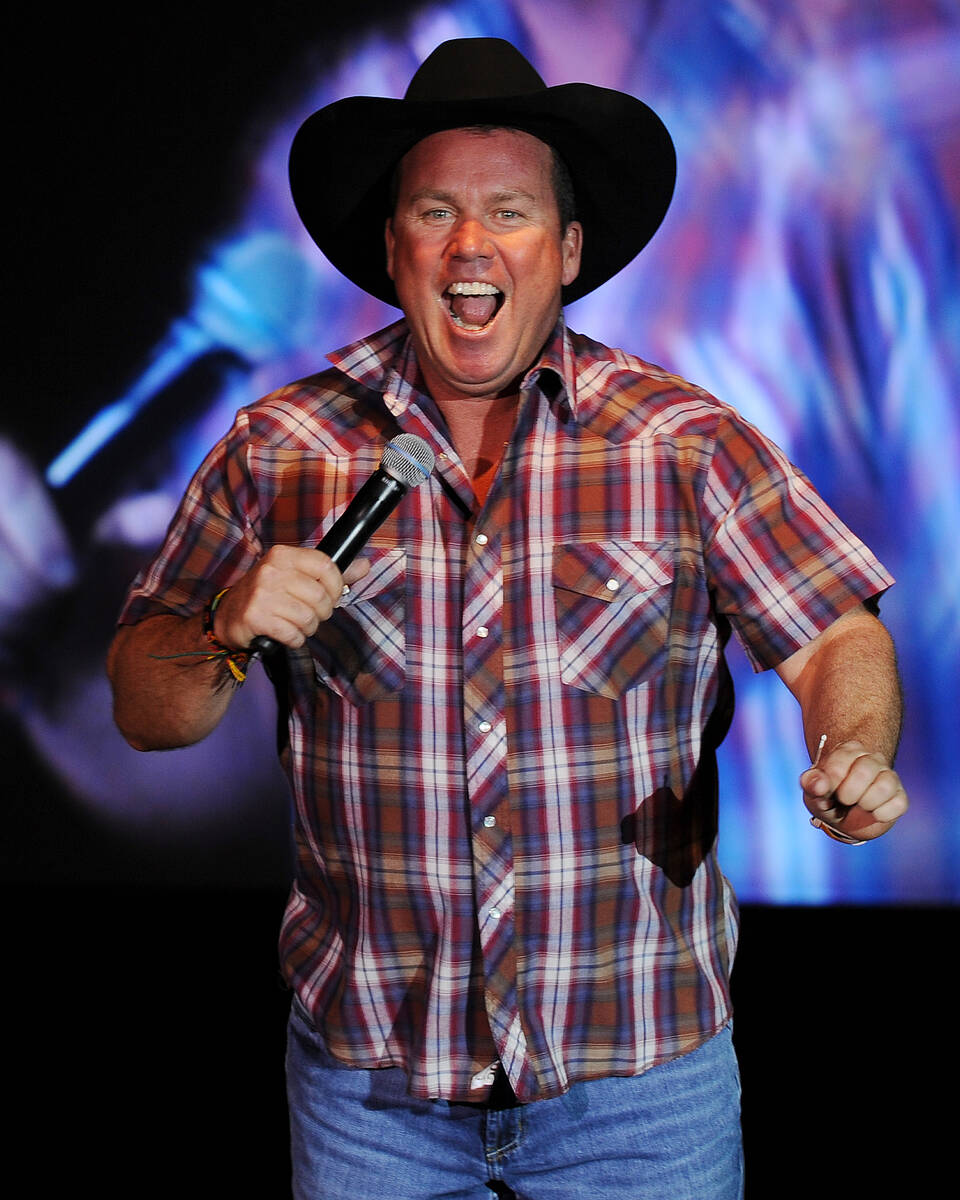 Back from COVID, the National Finals Rodeo boot-scoots into Las Vegas on Dec. 2 for more than a week’s worth of roping, riding, bucking and bronc-ing — and a big ol’ slate of country-fried entertainment. From the Strip to downtown to all around town, there’s plenty going on. Here are a few select acts and events — some star-level, others more offbeat — worth knowing about.

BOOTS ON THE BOULEVARD

A trio of headliners make up the annual “Boots on the Boulevard” concert series in the Chelsea at The Cosmopolitan of Las Vegas. First up, on Dec. 3, it’s Brantley Gilbert. The singer-songwriter brings his “The Worst Country Tour of All Time” to town — relax, it’s a nod to his recent joke-y single, “The Worst Country Song of All Time.” Tickets start at $29.50. In an alternate universe, Cody Johnson would be competing in the National Finals Rodeo, not performing in conjunction with it Dec. 8-9. The singer was a bull rider before injuries ended his career, something that’s covered in the feature-length documentary “Dear Rodeo: The Cody Johnson Story.” Tickets start at $35. Dierks Bentley rides into town Dec. 10-11 on the strength of his recent single “Beers on Me.” Tickets start at $39.

“Since I’ve been in town, and that’s been 16 years, nothing like this has opened up — or really anywhere else in the world,” gushed Bobby Reynolds, senior vice president of AEG Presents Las Vegas, talking up the new Resorts World Theatre over the summer ahead of the venue’s opening. “The level of sophistication, the level of class — it’s just a more elevated experience than anything else.” See if the opulent, 4,700-seat venue lives up the hype when country superstar Carrie Underwood christens the room with the first show of her 12-date residency, which runs through April, at 8 p.m. Wednesday at Resorts World Las Vegas, 3000 Las Vegas Blvd. South. Tickets start at $58 at axs.com.

He’s got the hat, he’s got the voice, he’s got the twang, and he’s got — and this is where things get screwy — the songs. Songs like “Show Them to Me,” a plucky little number that implores women to expose their breasts, which, on the evidence of concert videos we can’t link to in a family publication, they sometimes do. (So do guys, by the way.) He’s a singing comedian, is what we’re saying, and not an especially PC one. See what we mean at his 9 p.m. shows Dec. 3, 4, 10 and 11 at the MGM Grand; tickets start at $102 at ticketmaster.com.

Get ready for the rodeo the night before the action starts. The free Downtown Hoedown returns to the Fremont Street Experience on Wednesday. Jordan Davis gets things started at 6 p.m. on the Main Street Stage. Frontmen of Country — Richie McDonald of Lonestar, Larry Stewart of Restless Heart and Tim Rushlow, formerly of Little Texas — hit the First Street Stage at 7:40 p.m. Diamond Rio headlines the show at 9:30 p.m. on the Third Street Stage.

With “I Can Still Make Cheyenne,” George Strait penned one of the greatest, most heart-rending songs ever about the toll that life on the rodeo circuit can take on a cowboy and his loved ones. It’s only fitting, then, that the king of country makes his annual return to the NFR festivities, where the 20,000-seat T-Mobile Arena is just about the coziest venue you can see the stadium-filler in these days. Strait will be “Here for a Good Time” at 8 p.m. Dec. 3-4. Tickets start at $50; axs.com.

These two fellers bring the yee-haw and bring it strong: “I’m a shot-up stop sign, cotton in the ditch / johnboat hooked to a 2-inch hitch,” they sing on “Small Town for Life,” their modest anthem about being from “a place that ya never heard of.” You don’t have to know what a johnboat is to appreciate the song’s crazy tunefulness, also evident in a number like the new “Sippin Sunsets.” Nice to hear voices that don’t sound precision-engineered in a Nashville cyborg lab, too. The concert is free, at 8:30 p.m. Dec. 3 in the Mirage Race and Sports Book; nfrexperience.com.

They may come clad in cowboy hats, but the rodeo crowd listens to more than cowboy music — even Tim McGraw has been known to name-drop Lil Wayne in song. Hence, “western action sports brand” Hooey has enlisted “Hot in Herre” rapper Nelly to headline one of its “Hooey Party” events during NFR. Makes sense: Nelly’s first album was “Country Grammar,” after all. See him at 9 p.m. Dec. 10 at Brooklyn Bowl at The Linq. Tickets start at $3o at brooklynbowl.com/las-vegas.

“Smoky Mountain Rain,” “Almost Like a Song,” “Is It Over,” etc. — Ronnie Milsap is one of the greatest balladeers in a genre that’s shed an ocean’s worth of tears in an ocean’s worth of beers. Beginning in the late ’70s, he established himself as one of country’s pre-eminent crossover acts, hitting the pop and adult contemporary charts as well with songs that could make an eggplant weep. Bring the Kleenex when Milsap headlines the Golden Nugget Showroom at 10 p.m. Dec. 6. Tickets start at $69 at ticketmaster.com.

“Well, I hope you’re ready for this,” the shaggy roadhouse eminence declares at the beginning of his “Austin City Limits” performance of something called “Snake Farm” — but unless you’re already a fan, you’re probably not ready. Over a country-blues groove deep enough to drop a dozen Blake Sheltons into, he growls the story of his girlfriend Ramona, who “kinda looks like Tempest Storm / She can dance like Little Egypt / She works down at the snake farm.” Did I say already a fan? You will be by the time the song ends. Hubbard cinches his outlaw-country bona fides with “Screw You We’re From Texas,” a state he calls “the place that I wanna be / And I doubt if I’ll get a gig anywhere else anyways.” Dec. 5 will prove him wrong when he appears in the showroom at the Golden Nugget, which is nowhere near Texas, at 10 p.m., with tickets going for $39-$109 at ticketmaster.com.

“Let’s Go!” is the title of the country-pop queen’s residency at Planet Hollywood Resort. There will be the hits familiar to even the most country-averse listeners (“Man! I Feel Like A Woman!,” “You’re Still the One,” “That Don’t Impress Me Much”), a bit of winsome schmaltz (one couple per show who can afford the proper ticket package will reportedly be brought onstage for a romantic serenade), a touch of glam (there are said to be eight costume changes) and a good time (the advance promo promises a “spectacular, high-energy production”). Let’s go, indeed. Thursday and Dec. 4, 5, 9, 11 and 12 at Planet Hollywood; tickets are $46 to $251 at ticketmaster.com.

“Sorry, my guitar player sucks,” Johnson murmured in the midst of “Give It Away” at this year’s Farm Aid concert — funny because he was onstage alone, singing and strumming through a beautifully sad, heartfelt song about breaking up. Emerging from a near-biblical extravagance of hair and beard, his voice is so clear, rich and compelling that the effect is practically elemental — just a guy and his guitar, going for your heart. What better cooldown from a hot interlude of rodeo action than this? 10 p.m. Dec. 10 in the Golden Nugget showroom, with tickets starting at $159 at ticketmaster.com.