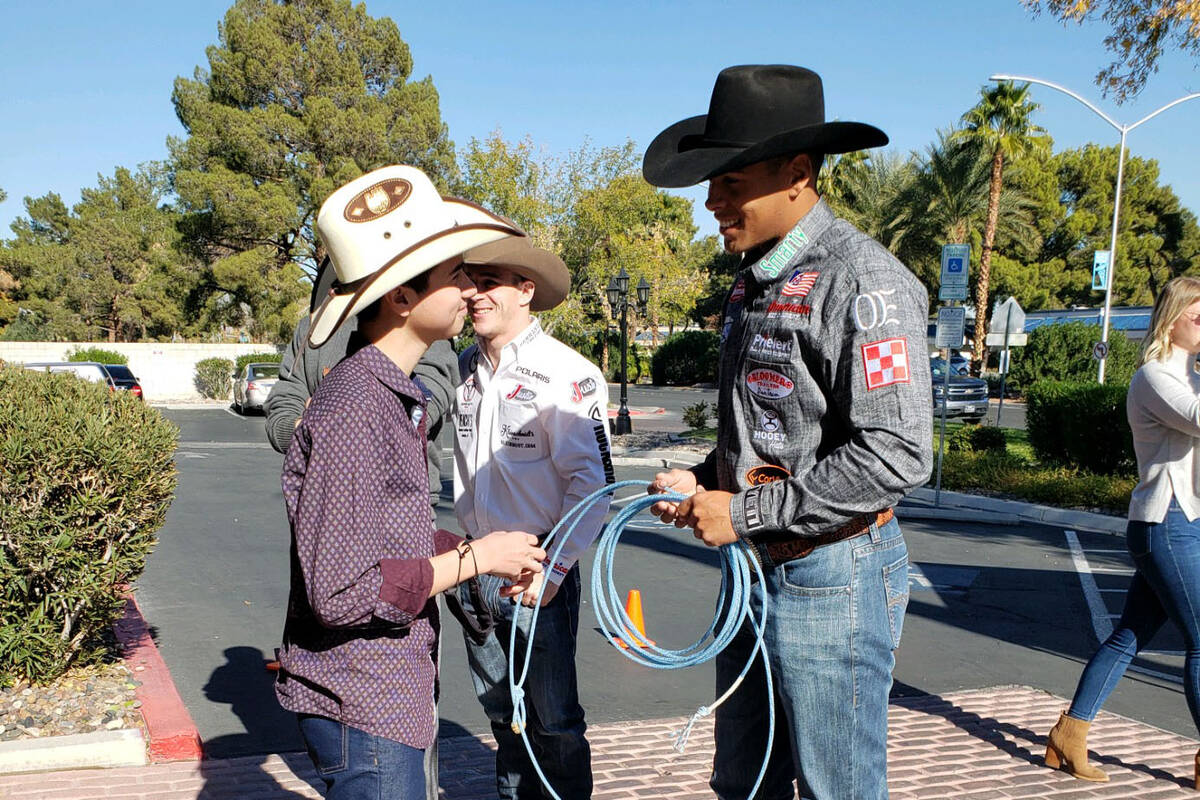 Shad Mayfield teaches Angelo Mayorga how to rope during Friday’s visit by Wrangler NFR contestants to the Grant a Gift Autism Foundation. (Susan Kanode/Special to the Review-Journal) 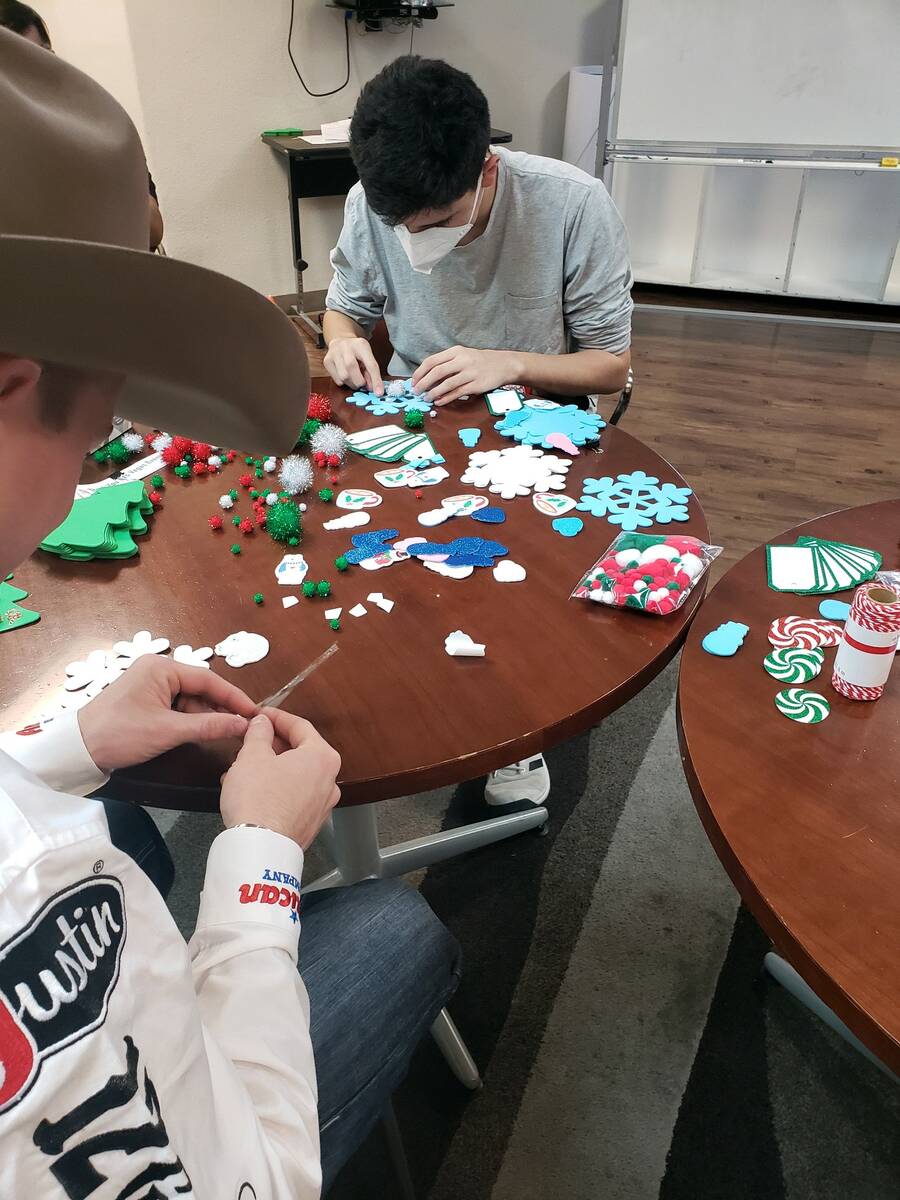 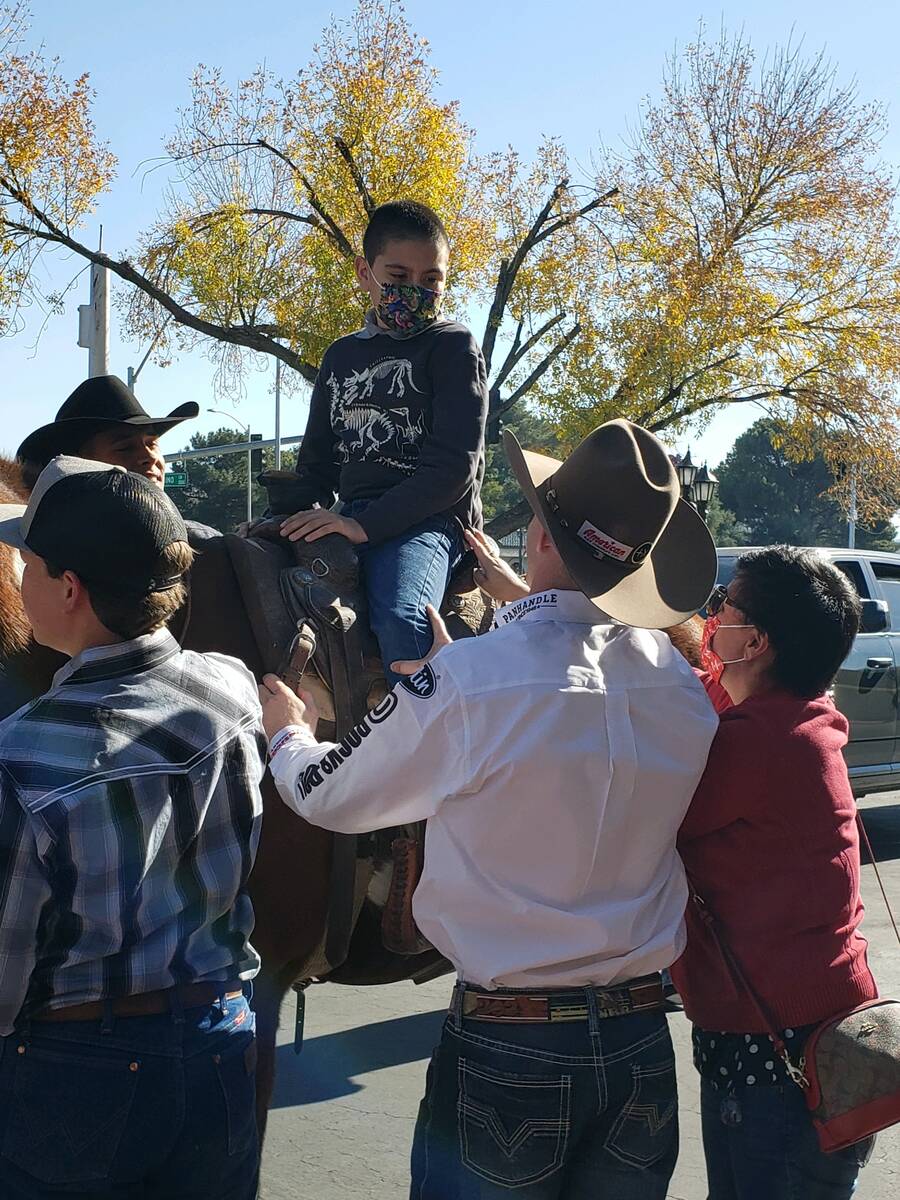 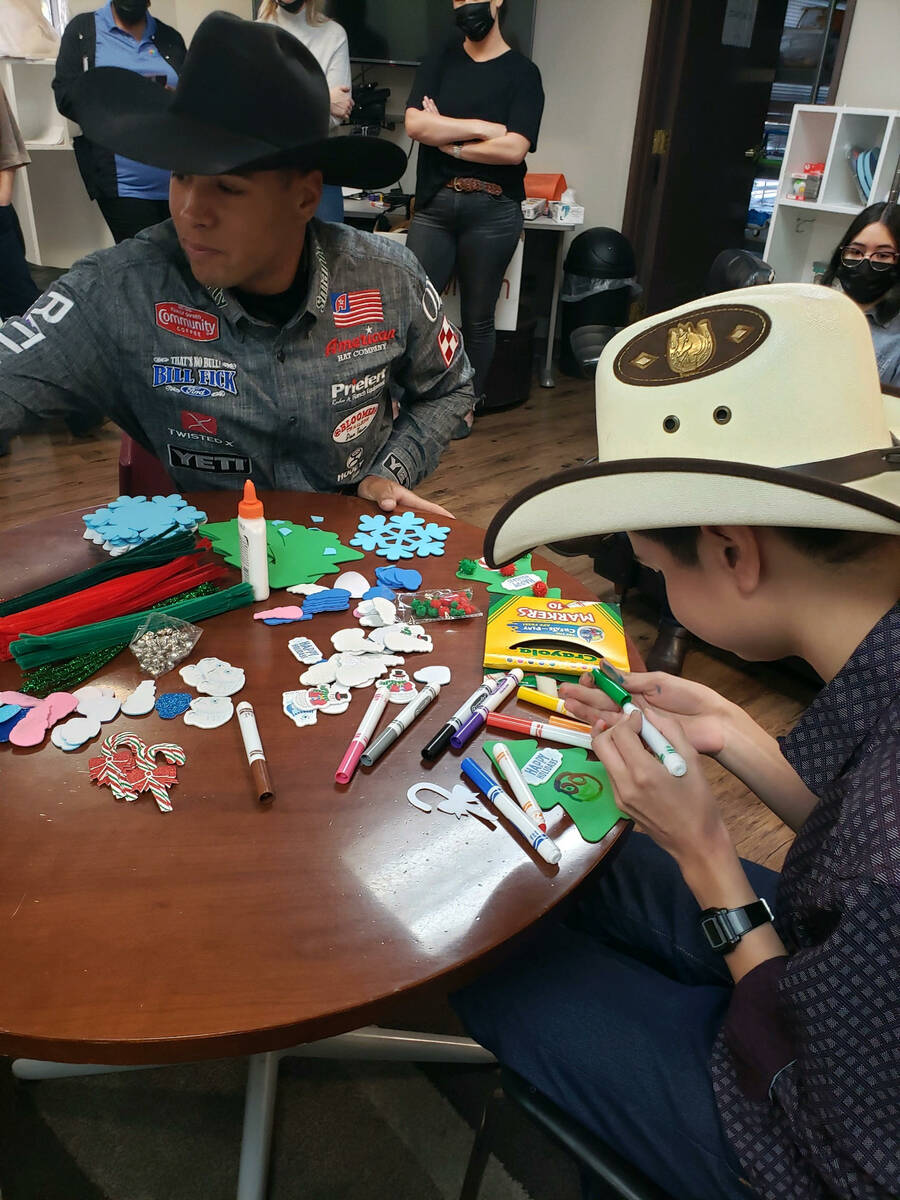 Reigning tie-down roping champion Shad Mayfield took time out of his NFR schedule to do arts and crafts with Angelo Mayorga at the Grant a Gift Autism Foundation. (Susan Kanode/Special to the Review-Journal) 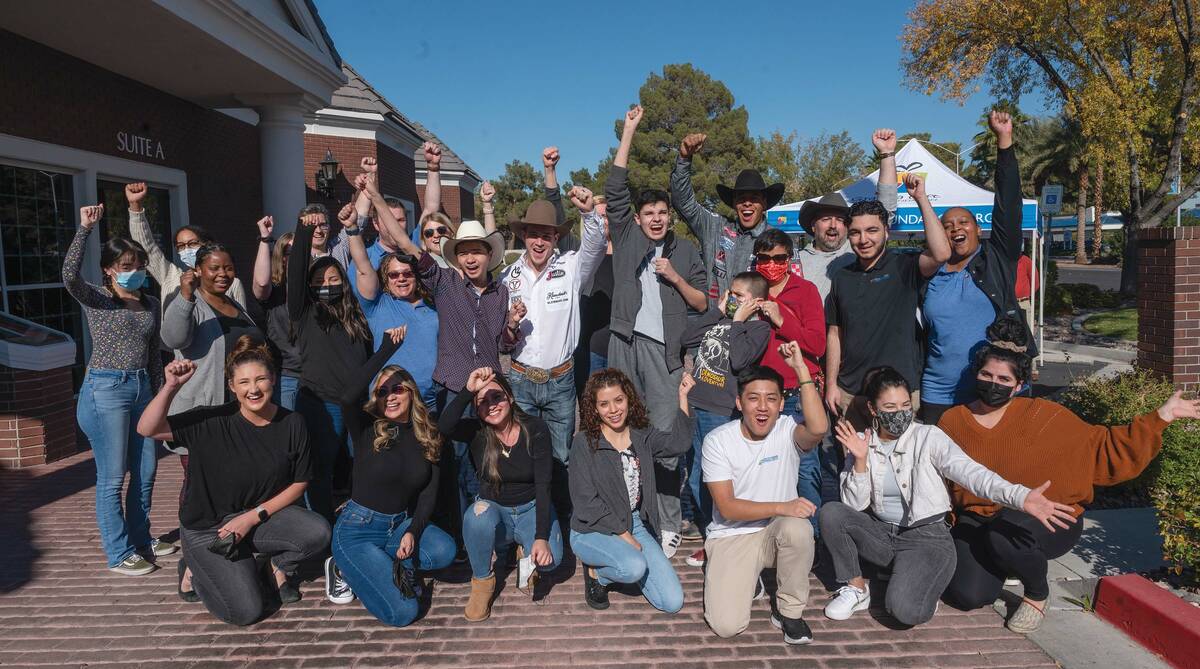 It doesn’t take a lot of rodeo contestants to make a big impression.

Just get a couple of them away from the Wrangler National Finals Rodeo’s competitive and electric environment at the Thomas & Mack Center, let them have a little one-on-one time with some special kids, and those big impressions happen.

The NFR only happens because of a love of horses and cattle, so as part of Friday’s visit, it was only natural to have some horses for the kids to sit on and pet. It’s a day that 13-year-old Angelo Mayorga has looked forward to since participating in 2019. He was very disappointed when it didn’t happen last year because of the pandemic. This year, his mother said, he didn’t sleep at all the night before because he was so excited.

It was a smiling Mayorga that was first to greet O’Connell when the duo of cowboys arrived at the Ackerman Center. He remembered O’Connell from spending an hour together two years ago, and that made O’Connell’s day.

“You don’t know what kind of an impact you can make on these kids,” O’Connell said. “We get caught up in what we are doing, and this brings us back. When Angelo remembered me from spending time together and doing a few arts and crafts from two years ago, that shows just how worthwhile it is. And it’s an important reminder that there is way more out there than rodeo.”

The fierce independence of rodeo contestants, who plan their own schedules, pay their own entry fees and make their own way, could be reflected in the kids of Grant a Gift. It was evident as they were making Christmas tree ornaments with the cowboys that they also want to do things their own way and carve their own path.

“The kids love it,” Grant A Gift President and CEO Peter Krauss said. “The interaction is tremendous. To see the kids with the horses and the cowboys, and have their families out here is another way that we can provide support. We look forward to this all year.”

This was the first year that Mayfield has participated. But he hopes it won’t be his last.

“This was a blast,” he said. “Seeing their smiles made my day. I found out in a hurry that they are a lot better at arts and crafts than I am. I think I better stick to roping!”