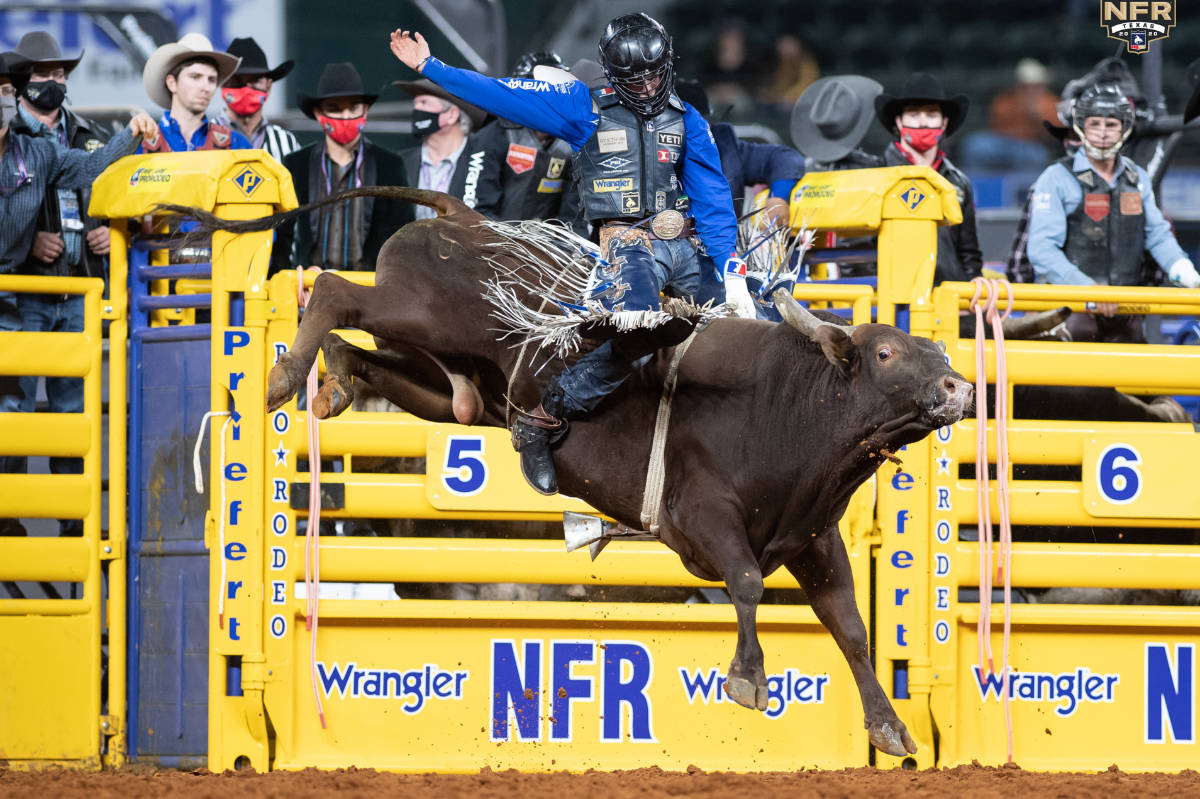 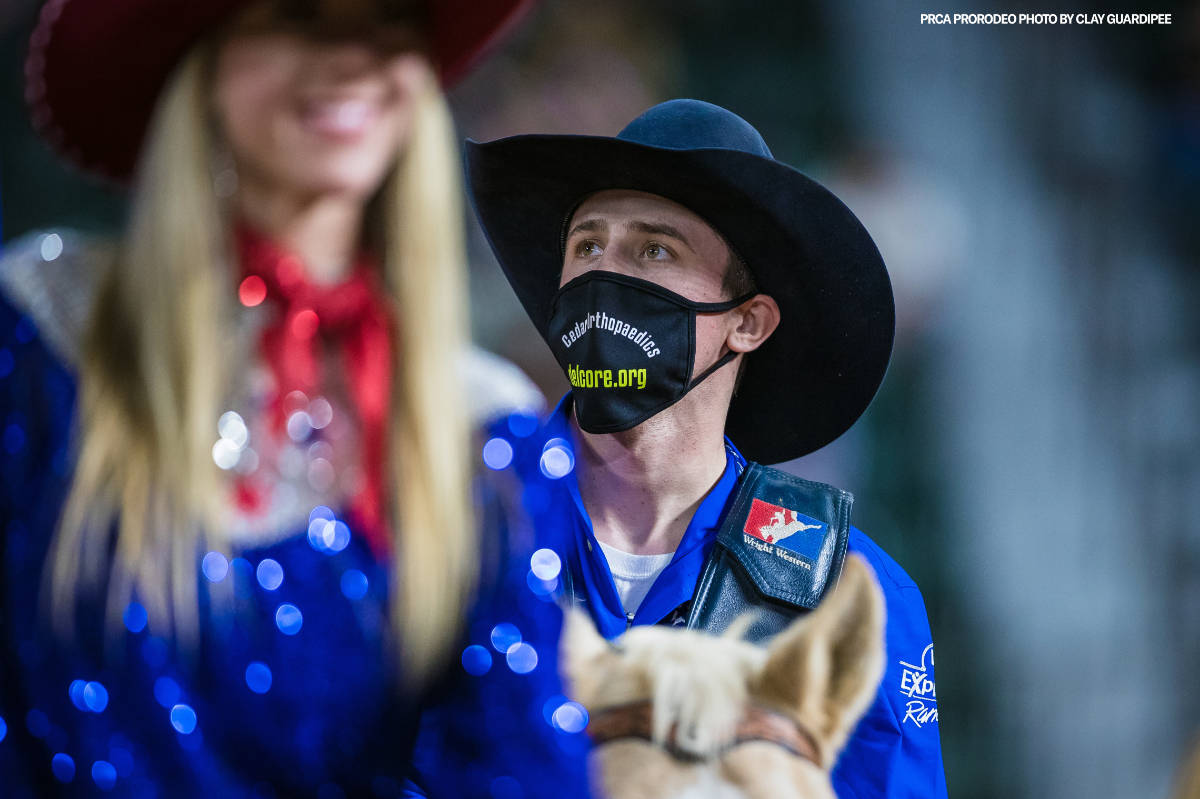 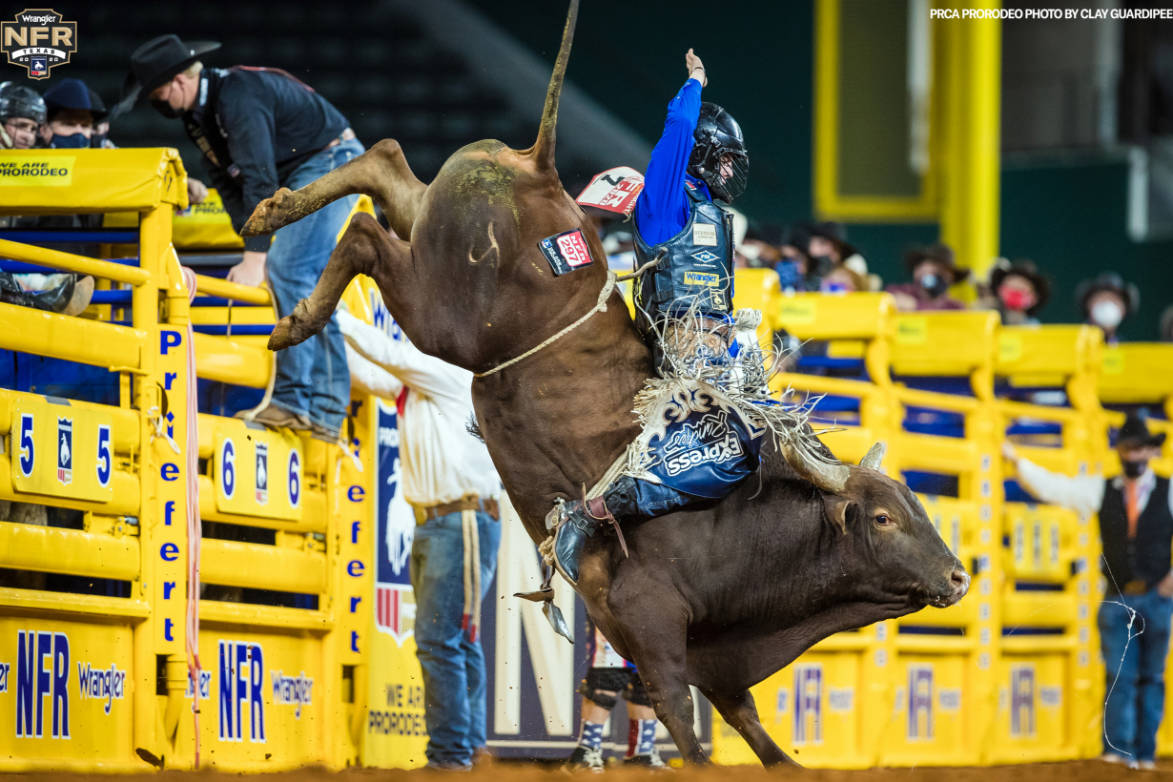 The only question heading into Saturday’s 10th and final night of the National Finals Rodeo was the final total.

Stetson Wright had clinched the Professional Rodeo Cowboys Association all-around championship Friday at Globe Life Field in Arlington, Texas, making what often is a dramatic final round a formality.

This was his second consecutive all-around title.

“I have no words for it other than I’m happy to do it again,” Wright said Friday. “I expected it from myself, but I didn’t want to say anything until it was final. I wanted to keep on keeping on, so this just makes me happy. I worked hard at this all year. It was a tough year and a tougher year than it was last year.

“To get it this year means a lot, and winning it again makes me feel good because everybody might say that the first one was off pure luck, but how many times can you be so lucky.”

It seemed only a matter of time before he reached it.

Jacob Edler had never been in serious competition for a world title until this year.

He finished 23rd last year, and that was easily his best season since going pro in 2014. And Edler entered this NFR ninth in the standings and seemingly out of contention.

It was a battle to the top for steer wrestling title. Jacob Elder came out victorious and is the 2020 Steer Wrestling World Champion. pic.twitter.com/sQ7TyftrBL

Colby Lovell and Paul Eaves got off to a slow start at the NFR, but they made up for it and won their first titles in the event.

Lovell, of Madisonville, Texas, had finished just once in the top 10 until this year — sixth in 2015. Eaves, of Lonedell, Missouri, had experienced more success, finishing seventh last year and winning the championship in 2018 with Clay Smith.

“It’s everything to me,” said Lovell, who earned $187,835.57. “There’s only a fine line of people that have ever got this, and you go roping your whole life. (Friday) night on the stage, I was the only one without one. I thought about that standing up there. You strive to be the best and keep the confidence to think you’re the best.”

Listen to what it means for Colby Lovell and Paul Eaves to be the 2020 team roping world champions. pic.twitter.com/TxzKhldbNx

Ryder Wright added to the family legacy by winning the championship in this event, adding to the 2017 title. His brother Stetson also had quite a weekend to remember.

Shad Mayfield, a 20-year-old from Clovis, New Mexico, took a major step in his young career by claiming his first championship. He finished 12th in his PRCA debut last year.

“It’s been a dream of mine coming up,” Mayfield said. “I had a great year coming in. It was the best year I could ever imagine having.”

Hailey Kinsel, of Cotulla, Texas, continued her reign, winning her third championship in a row.

This was a big year overall for Kinsel, who topped $1 million in career earnings.

Going back to back to BACK! Hailey Kinsel is your 3x barrel racing world champion. pic.twitter.com/7xJ826fYOg

Stetson Wright punctuated his NFR by winning with a purse of $267,940.53. It was his first bull riding championship; he finished third last year in his NFR debut.