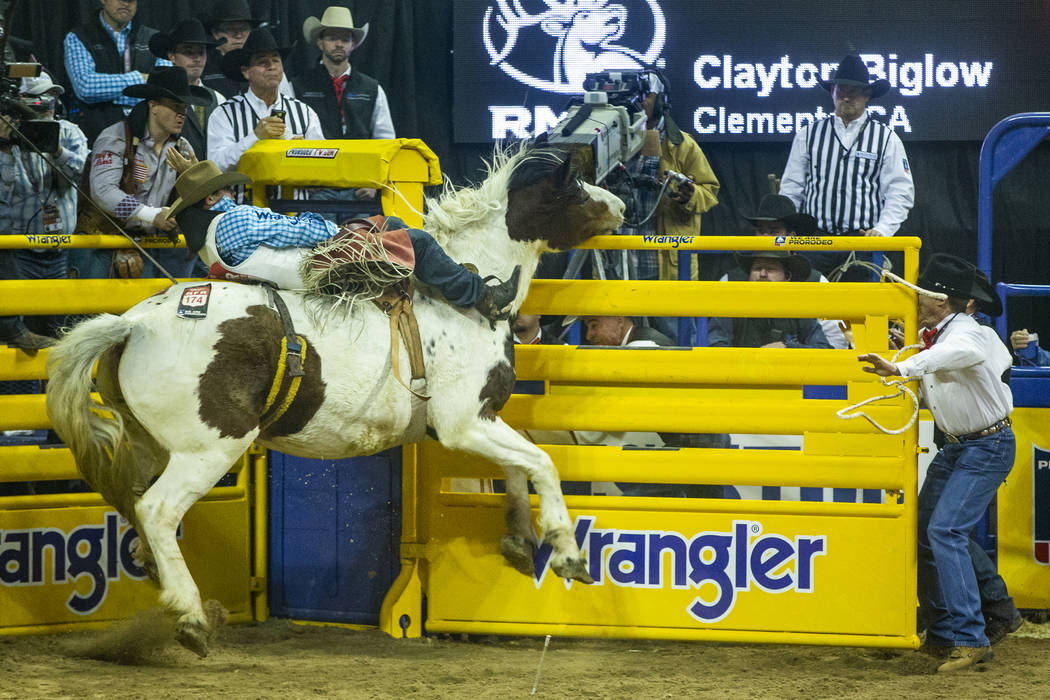 Saddle bronc rider Zeke Thurston counted on his right fingers the positive attributes that his bucking horse, Get Smart, possessed Wednesday night in the seventh go-round of the National Finals Rodeo at the Thomas & Mack Center.

“He’s fast. He’s strong. He hits the ground hard. Then he follows it up with a huge amount of kick,” Thurston said. “He’s one of the ones where it has to go right for you to ride him, but when he does, you win big.”

Thurston posted a winning score of 92.5 to set a go-round record and add to his lead with $277,953. The fifth-year pro and 2016 world champion also won money in the first three go-rounds, including a first-place finish Dec. 5.

The 25-year-old from Big Valley, Alberta, Canada, also is fourth in the aggregate standings at the NFR.

“Things have been going good. I’ve had a couple nights, just kind of bad luck, I guess,” Thurston said. “That’s the way it goes. You just keep the ball rolling and have fun and enjoy it while you’re here.”