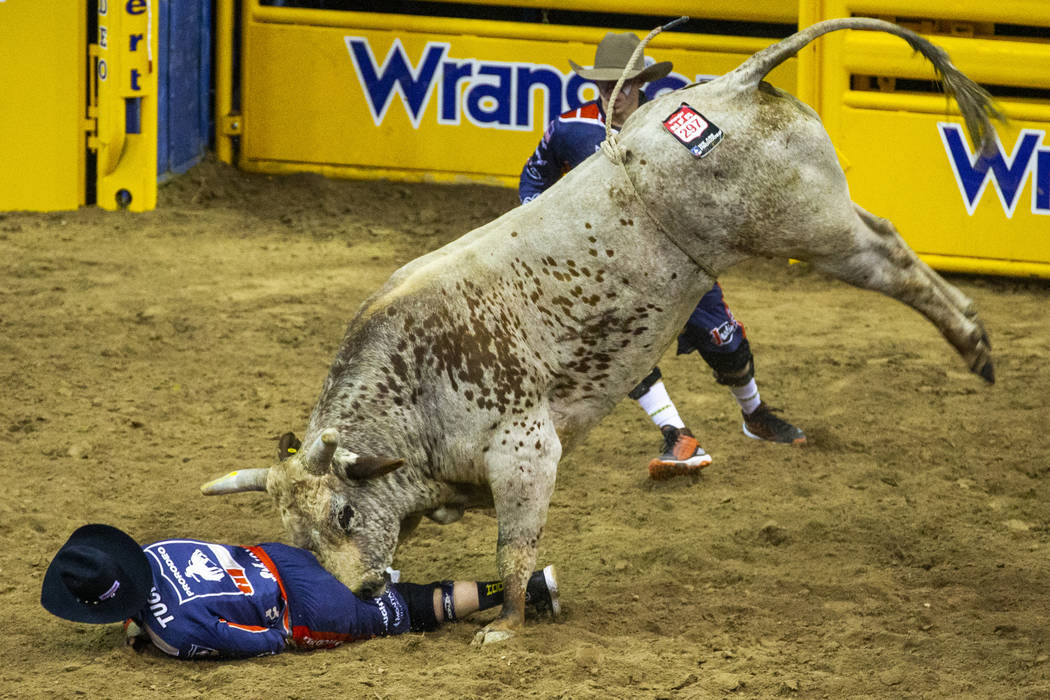 A bullfighter is driven into the dirt by Red Harvest in Bull Riding during the fourth go round of the Wrangler National Finals Rodeo at the Thomas & Mack Center on Sunday, Dec. 8, 2019, in Las Vegas. (L.E. Baskow/Las Vegas Review-Journal) @Left_Eye_Images

Waguespack tackled his steer in 3.8 seconds and has won $80,795 at the NFR. He has made $177,925 this year and leads Ty Erickson by a few thousand dollars in the world standings.

“I love being in this position, and I always try to work to be in the driver’s seat,” Waguespack said. “I feed off the confidence.”

Waguespack, of Gonzales, Louisiana, won the second go-round with a time of 3.6 seconds and has made money in five go-rounds. He also finished fifth in the first go-round, fourth in the third and sixth in the fifth.

“We’ve still got four more steers to go, and we’re going to try to do the best we can on anything we draw,” Waguespack said.