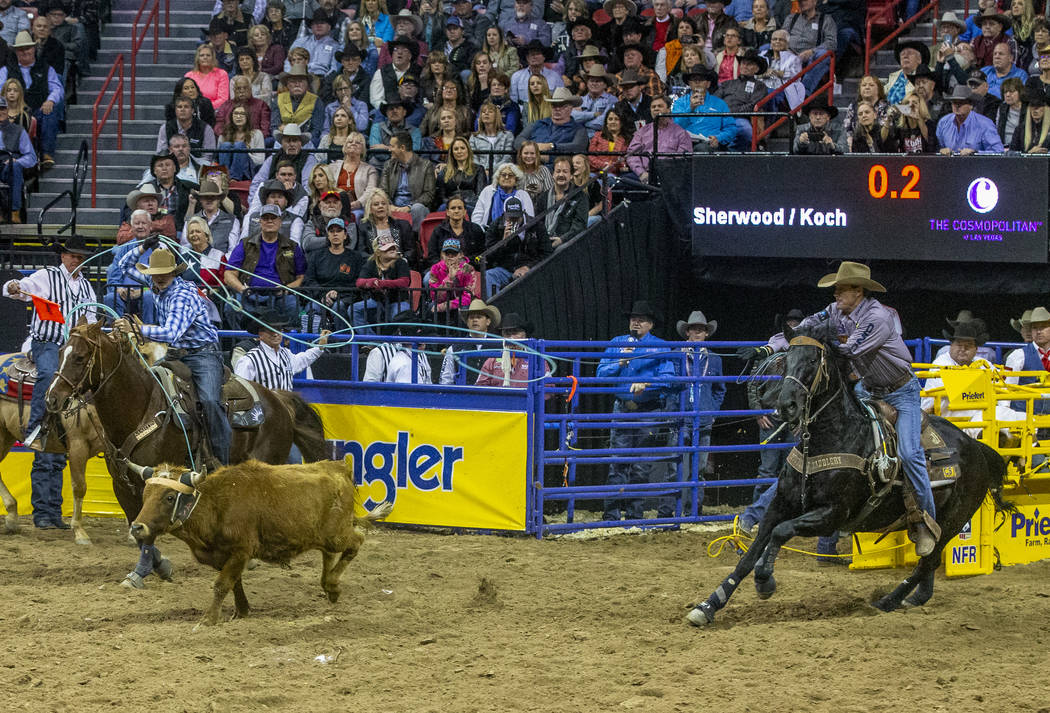 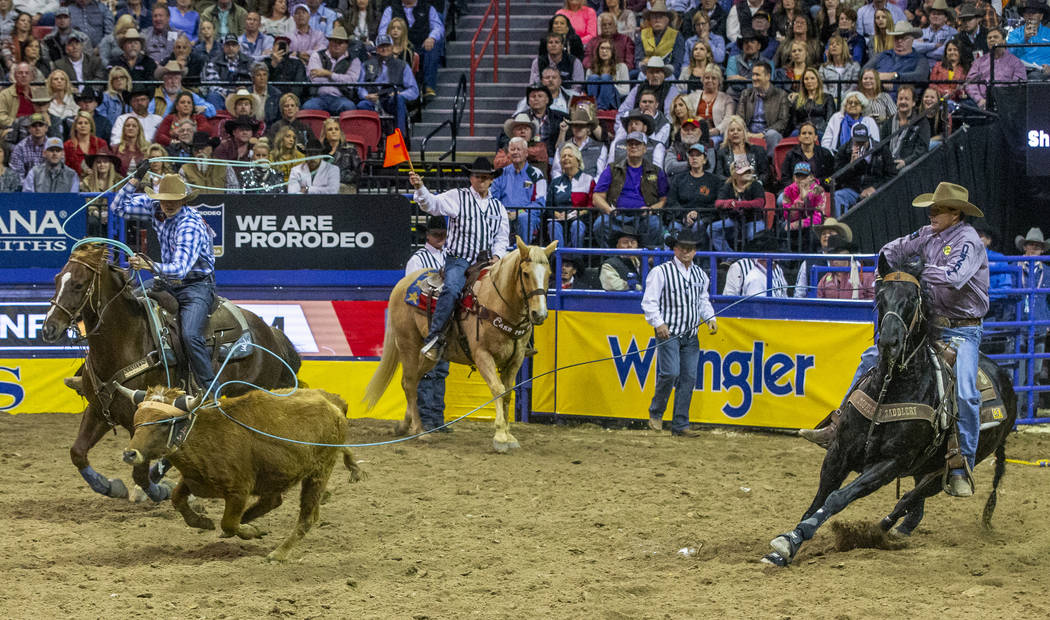 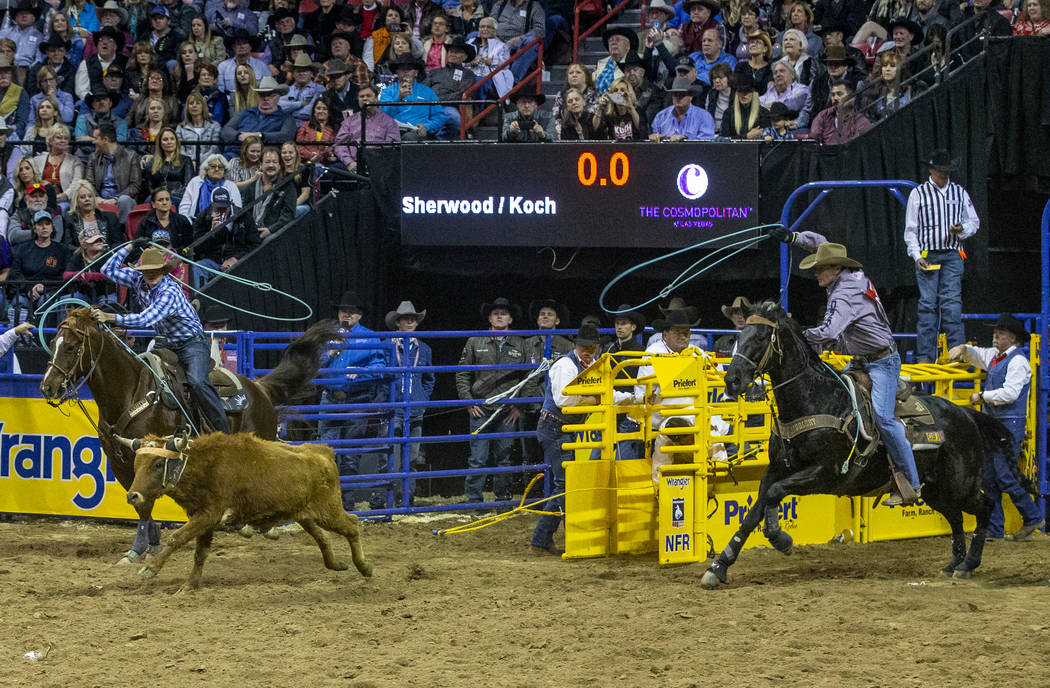 “I don’t know if I’ve really taught him anything,” Koch said.

Not that he’s needed to.

Sherwood, a 50-year-old header, and Koch, a 22-year-old heeler, have been team roping together since June, and they have finished in the money three times in six go-rounds at the National Finals Rodeo at the Thomas & Mack Center. They won $6,769 on Tuesday night, and both are 11th in the world standings.

The 28-year age gap is the largest between roping partners this year — and beneficial for both in different ways. Sherwood, for example, is invigorated by Koch’s youthful spirit, and Koch is learning from Sherwood’s championship caliber approach to rodeo.

“The gap in age really isn’t that big of a deal to me,” Koch said. “I’m as comfortable as you can be with Matt. I trust him with everything he does, and I feel like he can trust me.”

Sherwood, from Snowflake, Arizona, is a veteran of the Professional Rodeo Cowboys Association and NFR. He turned professional in 1994 and has qualified six times for the NFR, won world championships in 2006 and 2008 and earned more than $1.3 million in prize money.

Koch, of Vernon, Texas, is in his second year on the tour and has a barren resume compared to Sherwood’s. He has won $150,267 and qualified for his first NFR this year.

Their unlikely partnership started at the beginning of the summer, when neither Sherwood nor Koch had a partner. A mutual friend connected the two before the Reno Rodeo. They finished fifth in the first go-round and missed out on the finals.

But they cultivated chemistry and won team roping events at five rodeos to qualify for the NFR, all while developing a friendship that transcends age and experience.

“Part of team roping, you spend a lot of time with someone,” Sherwood said. “From that, you end up just (bonding). We have a lot of the same values and beliefs. That really helps. I just feel like we get along.”

Sherwood, competing in the NFR for the first time since 2016, said he senses an uncanny maturity in Koch, a self-described old soul who isn’t enamored by the luster of the limelight.

Koch isn’t into the debauchery inherent to Las Vegas. He’s here to rope. Here to win.

“His desire to win and his work ethic is really high,” Sherwood said. “He doesn’t go out and mess around. He’s here to be successful. We’ve roped when it’s 30 degrees and it’s cold and windy. He’s not lazy.”

Koch said he’s grateful for the chance to rope alongside an experienced champion. The age gap, he said, is inconsequential. Sherwood said it’s actually an asset.

“He’s young and excited and wants to go fast. I’m more older and conservative,” Sherwood said. “It allows it to be successful and make good runs. I’ve really enjoyed roping with him. He’s going to do great things in this sport.”