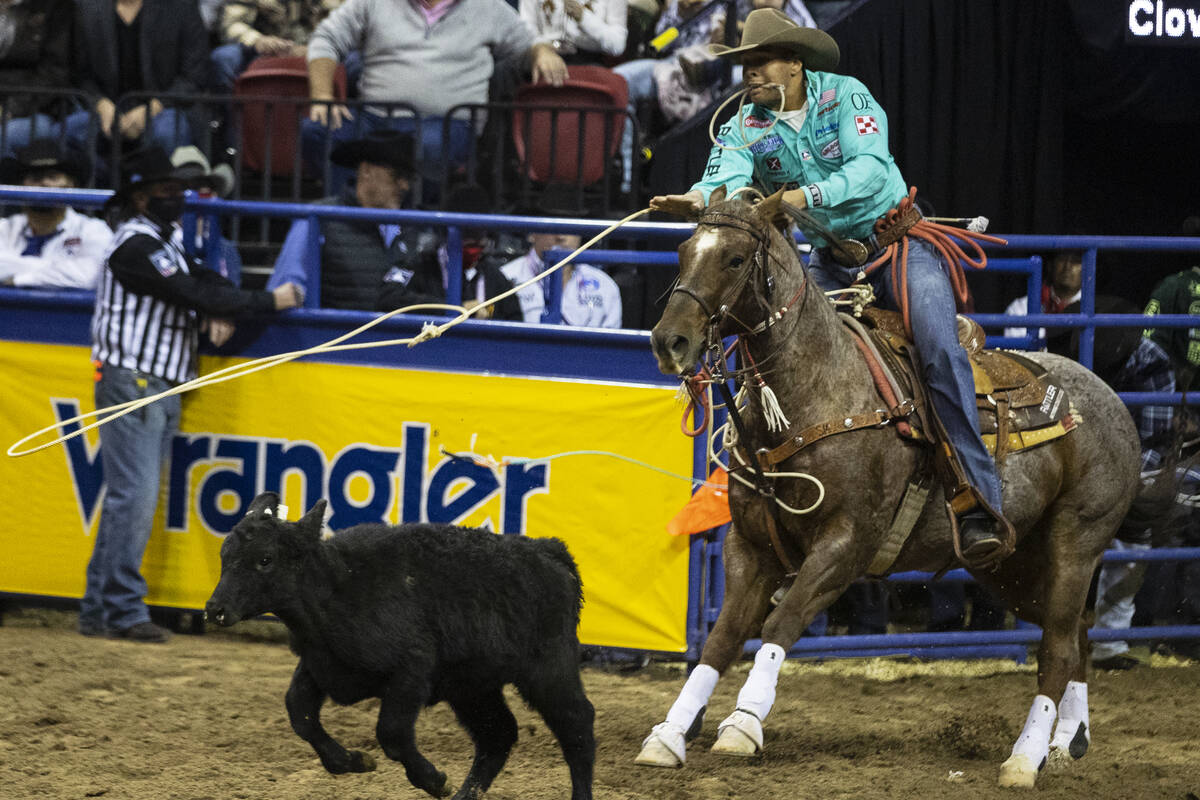 Shad Mayfield of Clovis, N.M., eyes his animal in Tie-Down Roping during the sixth round of the Wrangler National Finals Rodeo at the Thomas & Mack Center on Tuesday, Dec. 6, 2021, in Las Vegas. (Bizuayehu Tesfaye/Las Vegas Review-Journal) @bizutesfaye 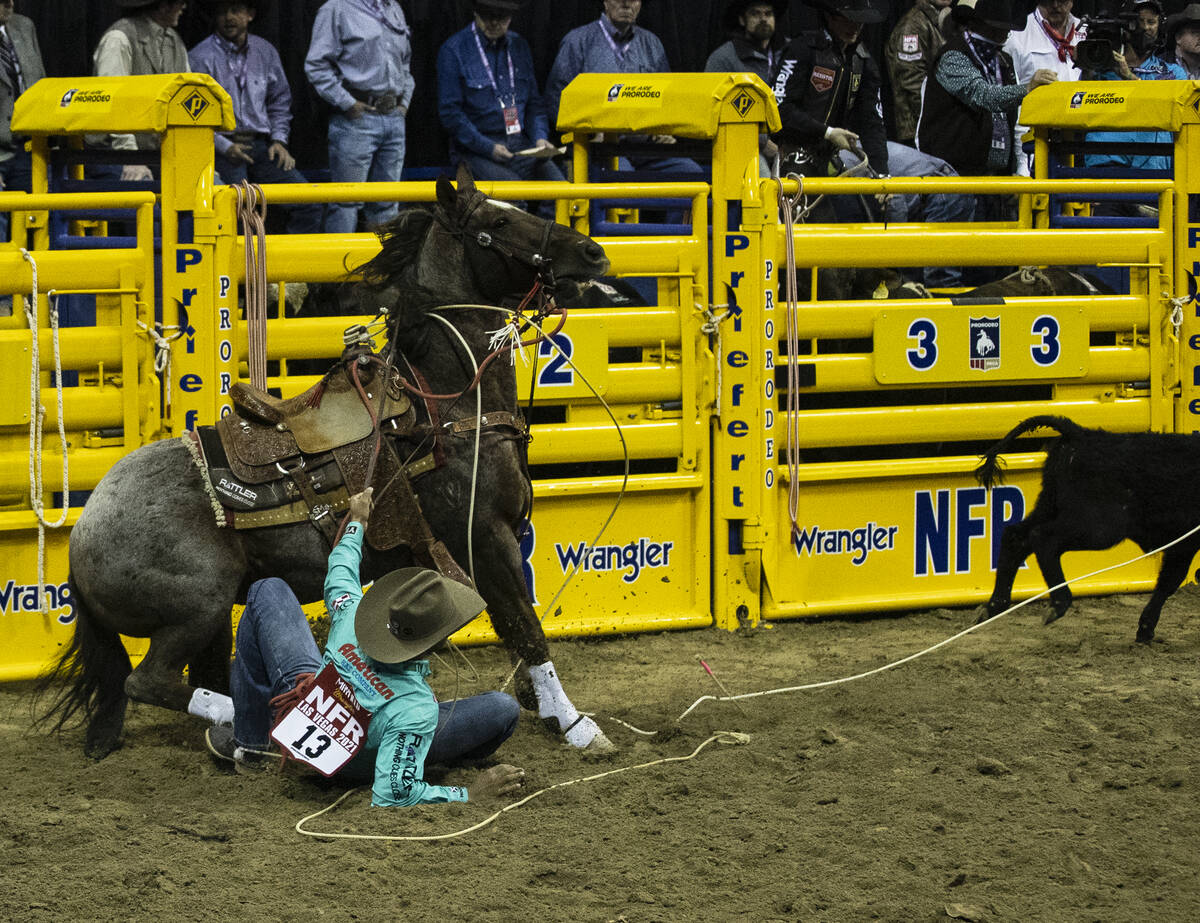 Shad Mayfield of Clovis, N.M., fell from his horse in Tie-Down Roping during the sixth round of the Wrangler National Finals Rodeo at the Thomas & Mack Center on Tuesday, Dec. 6, 2021, in Las Vegas. (Bizuayehu Tesfaye/Las Vegas Review-Journal) @bizutesfaye

Shad Mayfield spent part of his time last week showing youngsters how to rope a calf and climb horses at the Grant a Gift Autism Foundation in Las Vegas, the charity appearance a sign of his increased visibility.

That’s what winning a championship does, which is what Mayfield accomplished as a 20-year-old last year in tie-down roping.

“It’s not every day that there’s an African American cowboy that wins the world,” Mayfield said. “To be able to be one of them and for the other African American kids to look up to me and want to go out there and be able to do that means the world to me. I was also that same guy, and I looked up to Fred Whitfield and Cory Solomon coming up. To be up there with Fred, it’s amazing.”

Mayfield didn’t need a history lesson on what that championship meant. His dad, Sylvester, made the National Finals Rodeo in 1985 and 1987, the first African American to qualify for a timed event in the sport’s Super Bowl.

Now more history is being made at this year’s NFR at the Thomas & Mack Center. Mayfield is one of three Black entrants — Solomon and John Douch are the others — competing in his event, another first in the sport. Solomon won Tuesday night’s event with a time of 7.1 seconds.

“It means a lot to me, but it means more to the other African American cowboys that are out there,” Mayfield said of the three competing. “It’s going to inspire so many other kids coming up to just go try it out. That’s what I’m here for.”

Like other cowboys, Mayfield had to overcome a COVID-interrupted season last year. In his case, he was rolling early and took a sizable lead into the NFR in Arlington, Texas. He then struggled, placing in two of the 10 rounds, before holding on to win the title in his adopted state.

“It was big because that was the first NFR in Texas in a long time,” Mayfield said. “When I won the world championship was a cool feeling, but I also want to get a couple in Vegas, too.”

Getting one this year won’t be easy. Mayfield failed to rope a calf Tuesday, one of two he has missed through the first six rounds. He is third with $195,909.77 and will need stronger performances to catch Caleb Smidt of Bellville, Texas, and Shane Hanchey of Sulphur, Louisiana. Smidt has $217,434.67 and Hanchey $212,076.43.

Mayfield is from Clovis, home to a powerhouse New Mexico high school football program. He played football in junior high school, but rodeo was in his blood and that was the sport he pursued.

He developed his love for the sport from his dad, who made sure his son practiced each day and rodeoed on weekends.

“I wanted to follow in his footsteps, and he actually put me in better footsteps and allowed me to be better than he was,” Mayfield said. “Hopefully, I’ll continue to be coming here and roping for world championships.”