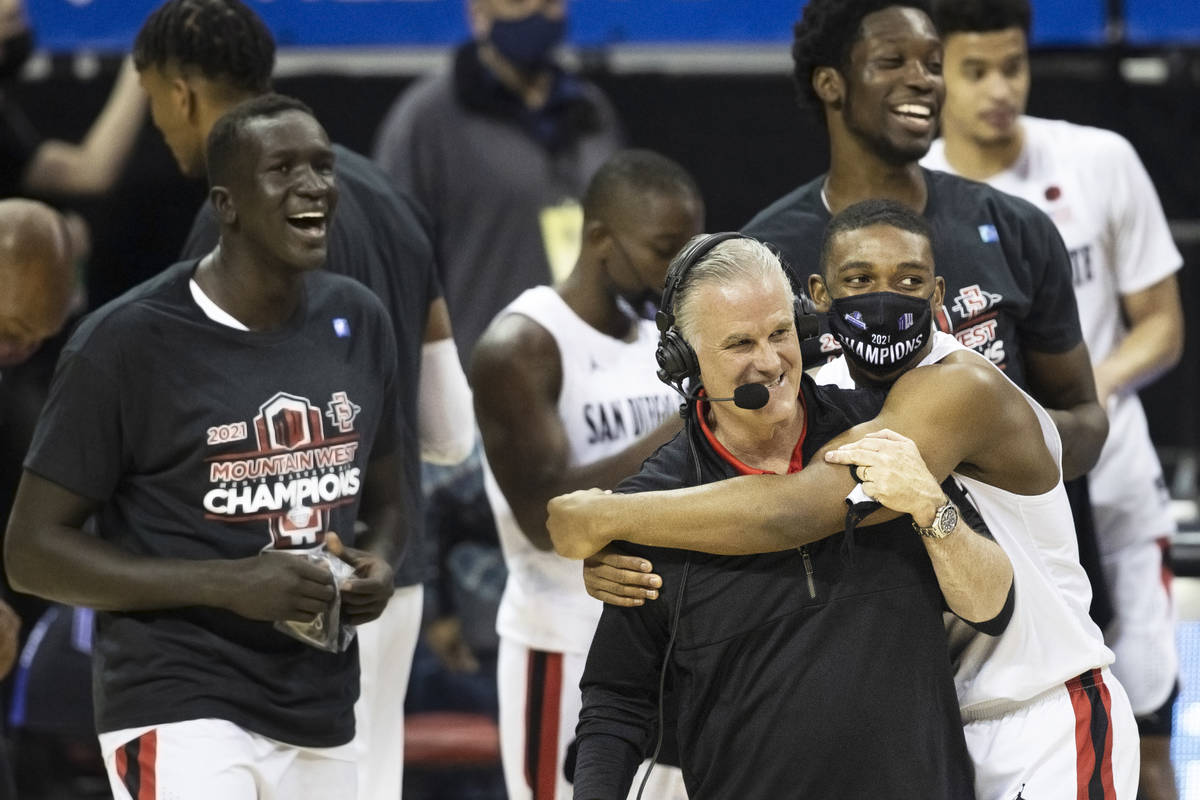 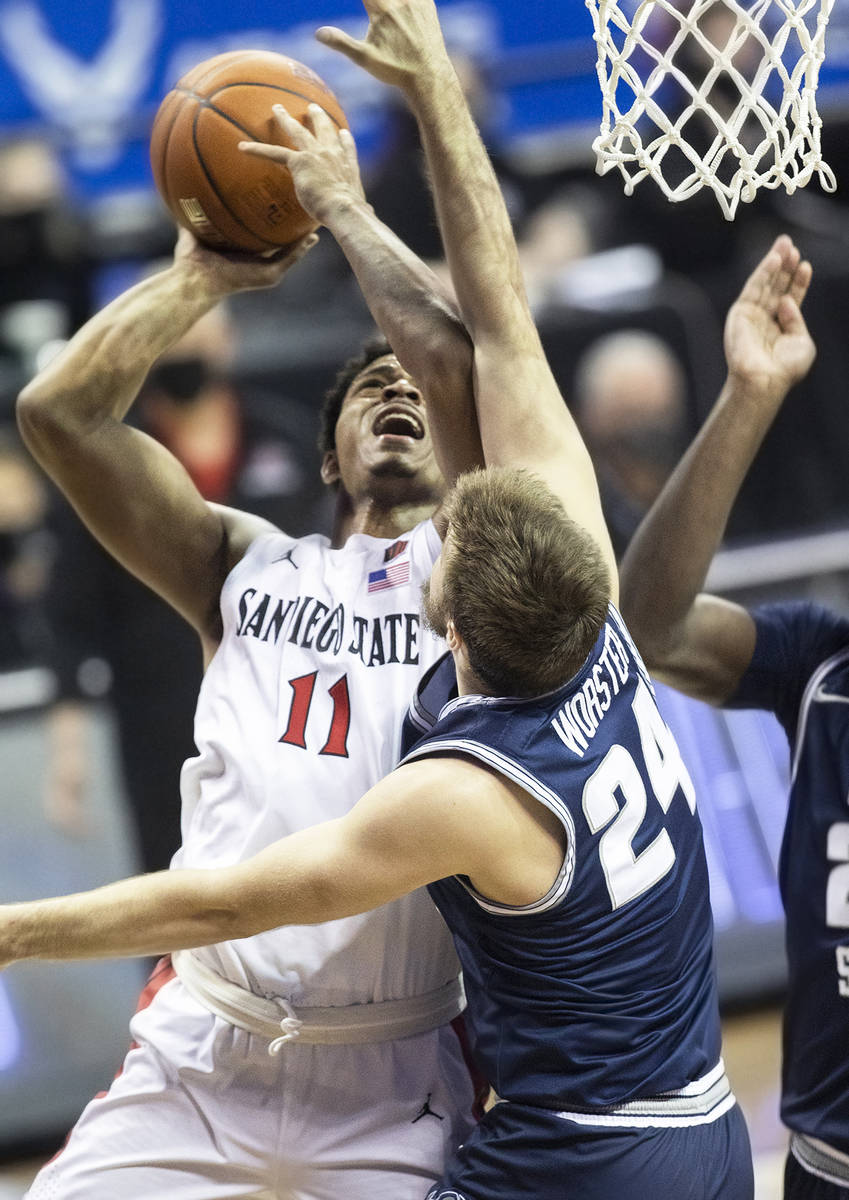 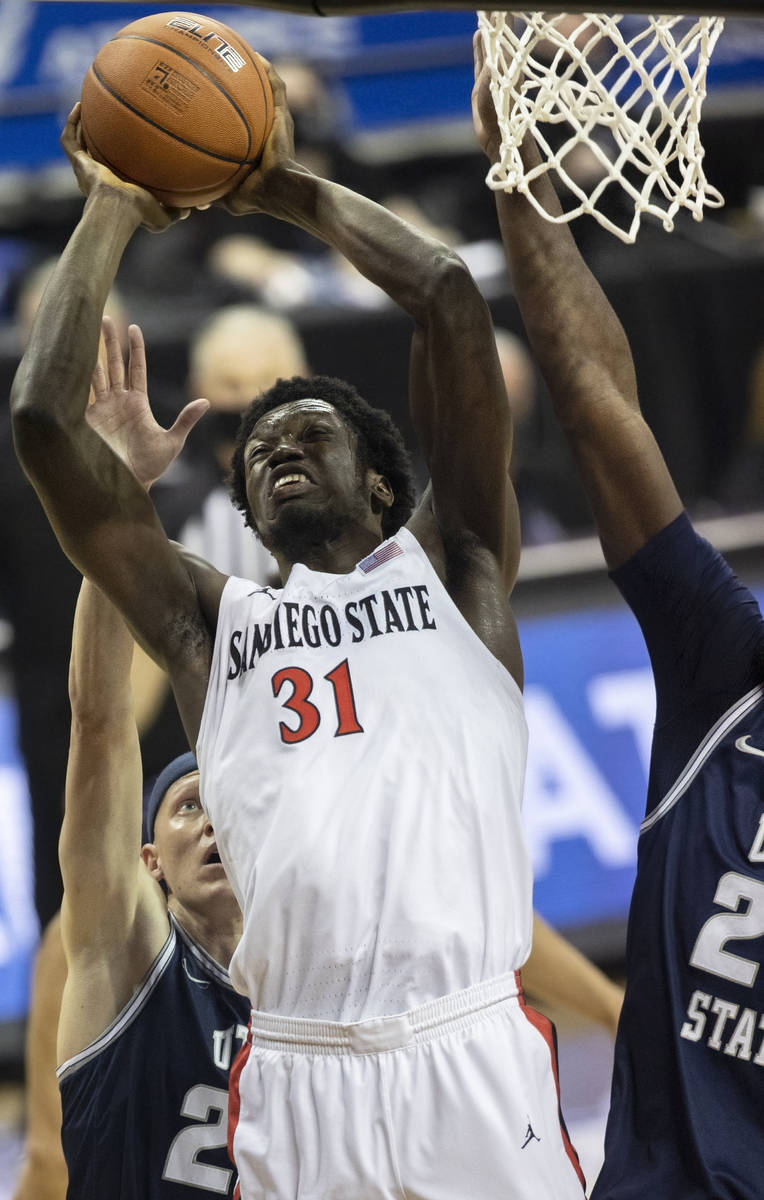 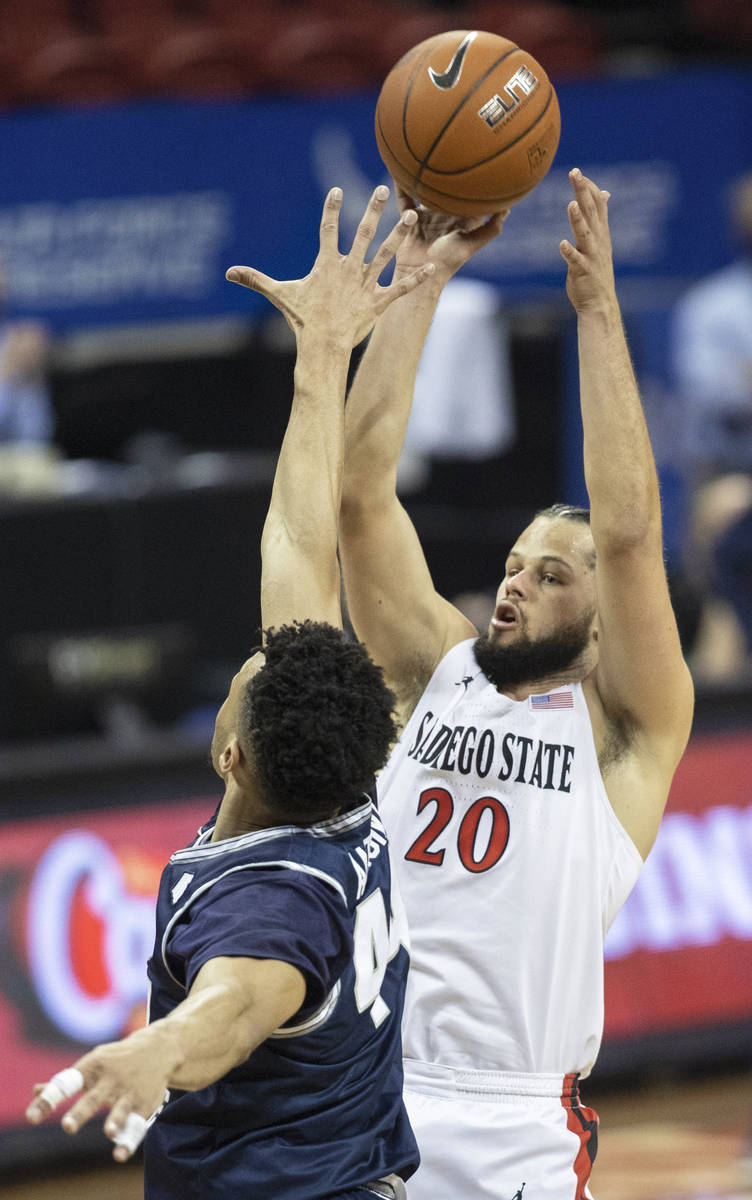 Fun fact: Indianapolis is nicknamed “Naptown,” which many believe points to its reputation as a sleepy community. It also might date to a Blues song from the 1930s.

Either way, you figure the whole darn place will be more awake the next three weeks than when a certain IndyCar Series race arrives every year.

March Madness — all 67 games — will be contested in Indiana, with most matchups spread out across the state’s capital city.

Here then, with the bracket having been released Sunday, are some thoughts about what awaits those in a place known for more than just corn.

I is for interesting cases of Kansas and Virginia. Both withdrew from their conference tournaments because of COVID-19. Both are also in the West Region — Kansas as the No. 3 seed and Virginia the No. 4 — and at this point have been cleared to play. It’s worth keeping an eye on as the week plays out. Heck, for all teams as daily testing continues.

N is for no disrespect shown the Mountain West. San Diego State as a No. 6 seed in the Midwest and Utah State as a No. 11 in the South and not part of the play-in grouping proves how highly the league was regarded by the selection committee. Colorado State was also the second team out, meaning bid stealers in Oregon State and Georgetown won’t be receiving Christmas cards from the Rams.

D is for do not laugh when viewing Gonzaga’s oh-so-easy path to the Final Four. Already, the unbeaten Zags have defeated the West Region’s No. 2 (Iowa), 3 (Kansas) and 4 (Virginia) seeds by an average of 15 points.

I is for immense interest in a play-in game between Michigan State and UCLA. The winner is an 11 seed in the East and meets Brigham Young.

A is for avoid advancing this team, of all No. 1 seeds, to a Final Four: Michigan. Potential losses loom in the Sweet 16 (Florida State) and Elite Eight (Texas).

A is for Arkansas and how you shouldn’t blink when watching the No. 3 seed against No. 14 Colgate in the South. The Razorbacks average 82.4 points; the Raiders average 86.3. Track meet coming. Entertainment overload.

P is for Pitino. As in Rick. He joins Lon Kruger and Tubby Smith as the only coaches to lead five schools to the NCAAs. Pitino’s latest side, Iona, is the 15 seed in the East. Pitino is a master. That is all.

L is for Louisville. The first team out couldn’t overcome playing just 20 games because of COVID-19 and losing to Duke in the Atlantic Coast Conference tournament. And, no, the fact that Kentucky athletic director Mitch Barnhart was the committee chairman didn’t sway this decision. Um, we think.

S is for stand up and make some picks.

The Bears have unbelievable guard play and can lock up anyone — including Gonzaga — defensively. There is also a selfish reason: My son graduated from Baylor, and I still sweat profusely at the amount of tuition we sent to Waco, Texas.

So the university owes me a little something back, right?