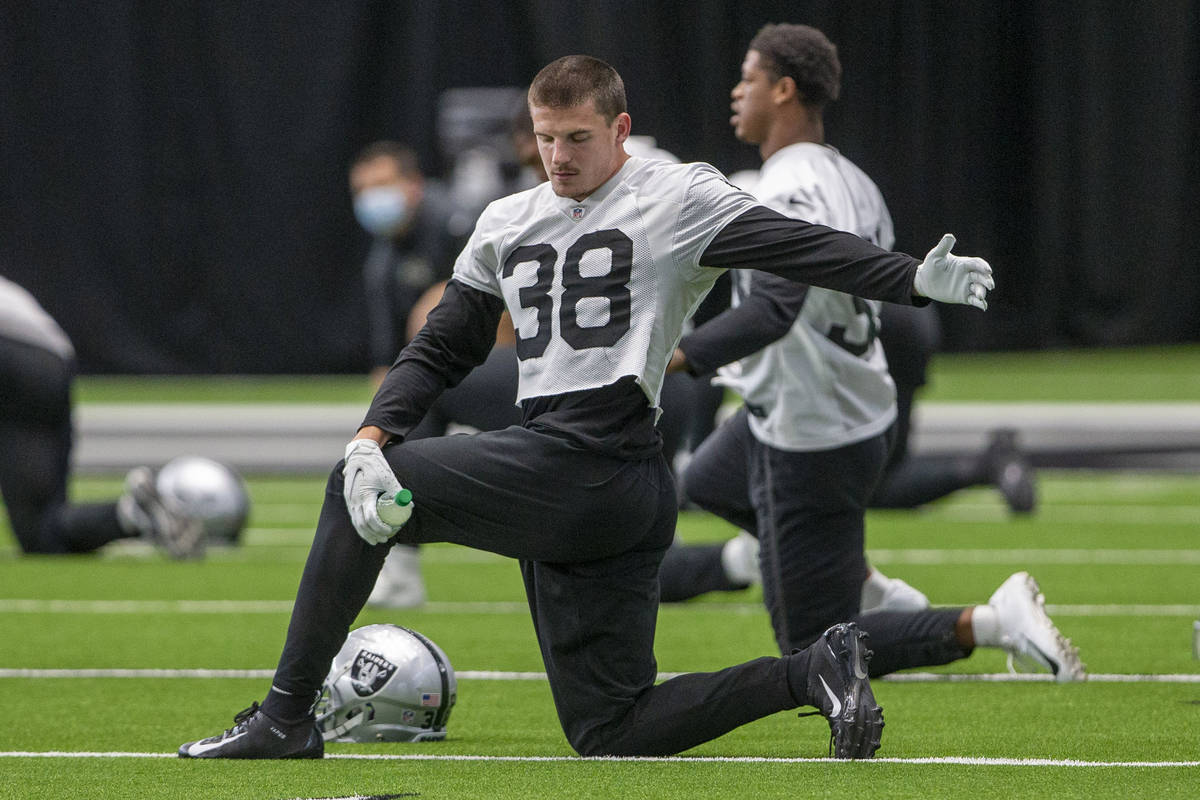 I suppose this is what Raiders general manager Mike Mayock meant by being patient during free agency. Strange that it deals with a position in need of a giant upgrade.

Gus Bradley is the team’s new defensive coordinator. Over the past five seasons, his side blitzed the fewest number of times of any coordinator across the league. Right at 16 percent.

Of course, it helped that he had some of the NFL’s finest defensive talent.

He doesn’t any more.

What he needs with the Raiders is what they don’t have — an athletic free safety who can make all sorts of plays in a Cover 3 scheme. A guy who is everywhere. Mike Trout in shoulder pads.

“They have to get better at free safety to play the way Bradley wants and there are still guys out there in free agency better than what they have now,” said Austin Gayle of Pro Football Focus. “I don’t think you could ever go into a season with just Jeff Heath as your option.”

The Raiders won’t. At some point, be it next week or the one after or whenever, they will in all likelihood sign a free safety to a short-term deal and hope like crazy he helps solve what is a glaring weakness.

The best free-agent options have gone elsewhere, so it’s not the worst thing to wait. Free safety isn’t as valued a position as others across the NFL market. Malik Hooker is still out there. He has struggled staying healthy. Tre Boston is out there. Several others are out there. You also never know what deals might be made come draft time.

But it’s interesting. The Raiders gutted their offensive line and cleared millions of dollars in cap space and have yet to sign any free agent defensive backs. They retained cornerback Nevin Lawson and safety Dallin Leavitt. So, yes, things need to improve.

There’s no way the Raiders would (or should) use the No. 17 draft pick on a safety later this month. Trevon Moehrig of Texas Christian is the best prospect but played mostly Cover 2 in college. A rookie in such an important role isn’t the immediate answer. But it’s Mayock and head coach Jon Gruden drafting, so all bets are off.

The duo won’t win any gold stars for their offseason moves thus far, which makes you wonder if there is something bigger at work here. Is there some grand plan yet to be unearthed?

You have to believe Bradley emerged from watching hours of film concerned. He has coached some fantastic free safeties, but also edge rushers like Joey Bosa, Melvin Ingram, Michael Bennett and Cliff Avril. Players who could reach the quarterback without stunts or gimmicks or blitzes.

So until the team that ranked 29th in sacks last season proves a whole lot better up front (former Bradley pupil and free-agent signing Yannick Ngakoue should help), a secondary that has struggled mightily creating turnovers can’t expect to make significant strides.

And it must. The Chargers with Justin Herbert at quarterback are only going to become more explosive. Then there’s Patrick Mahomes and the Chiefs. Offenses in the AFC West are hardly waiting on the Raiders to address their biggest issues.

They seem content with Trayvon Mullen and Damon Arnette continuing to develop as starting cornerbacks, second- and first-round draft picks respectively. Johnathan Abram at strong safety might have the skill set to play some center field, but hasn’t shown the discipline. I’m also not sure how much you want him covering anyone back there.

What it all means: The Raiders will obviously still add secondary help via free agency and the draft. Maybe a lot of it.

But they’re not better right now on the back end than when Bradley first entered the lab. Not close.

“You can find good enough guys to play free safety,” Gayle said. “It’s not that hard.”

It better not be, for the Raiders’ sake.