Journeys go like this sometimes: You begin one intent on bringing awareness to a specific cause and ultimately discover a much deeper message. You hope to gain and provide knowledge on the human condition and instead better understand its spirit. People can be good and generous and helpful. It’s nice to be reminded of that now and then.

Robert Cochrane in 2004 took a two-month trip across the country with his father, one in which they visited all 30 major league baseball parks, one in which they sought to better comprehend the Parkinson’s disease that was slowly weakening Dan’s body, one in which they played catch on sides of roads and in Midwest prairies and at rest stops, and along a “Field of Dreams” stretch of grass in Dyersville, Iowa, the same one from the movie with cornfields as outfield walls and the steel bleachers where you can sit and gaze and dream and wonder if you’re in heaven.

They traveled more than 20,000 miles and were welcomed and treated as family by complete strangers. What started as a long drive of hope and anxiety ended with a lifetime’s worth of appreciation.

It is all there, every ballpark, every thoughtful action, every ounce of emotion and frustration and wisdom such a trip would offer, in the documentary “Boys of Summer.”

Robert is a Las Vegas filmmaker who will split all proceeds from the work between the Michael J. Fox Foundation for Parkinson’s Research and the National Parkinson Foundation. He hopes the film is accepted and shown at CineVegas in June. It should be. Its substance lies in its genuineness.

There is a point late in the film, when father and son have been on the road 44 days and all remaining ballparks to be visited reside west of their route, when a visibly tired Robert relays these thoughts:

“Anyone who ever believed that people are not good-hearted and warm and open at their core and don’t want to give, I think you have been asking the wrong questions,” he said. “I think if you present people something positive that is not profit-based, but it’s love-based and integrity-based and society-based and community-based, I think people want to open their hearts and loyalties and, yes, their wallets to that.”

Parkinson’s is the vehicle by which the film’s message of kindness is realized, the disease that belongs to a group of conditions called motor disorders and one that is caused by a gradual loss of certain cells in the brain.

Think of it like this: When you want to move — an arm, a leg, a finger, a toe — there is a signal that travels from your brain to your muscles at the rate of 10 to 20 milliseconds, or just a tad faster than Roger Clemens’ next scripted denial. With a Parkinson’s patient, that impulse takes much longer to register. It’s like your brain is a car battery in constant need of jumping, so you tend to shake before or while moving.

“You feel trapped in a body you can’t get out of,” said J.J. O’Neil, one of numerous Parkinson’s patients the father and son met along the two-month excursion. “You feel like you want to do something and you can’t.”

Said Dan while driving during one scene: “They say Parkinson’s is a degenerative disease. Well, so is life.”

They didn’t have enough money to complete the entire trip without substantial aid and knew it. But so many stepped forward upon hearing their story. Teams with tickets to games and meals. Strangers with a place to stay, like the 19-year-old in Houston who read about the trip on Cochrane’s Web site and noticed Robert, like him, was an Oakland A’s fan. The two travelers showed up to the house, a gorgeous estate, expecting to be greeted by a middle-aged couple. They got instead two young kids who wanted to help make a difference.

“I wonder,” Dan joked as he and Robert went back to the car to collect their belongings for the evening, “what they did with the parents.”

You learn a lot about fathers and sons in this film, about how baseball is still a means by which that relationship can be strengthened and endure. You learn about the neurological disorder doctors know the most about, one whose progress in research could be applied to nonbrain-related areas such as juvenile diabetes and spinal-cord injuries. You meet Dan and his wife, Paulette, who was diagnosed with breast cancer the same week he found out about the Parkinson’s. He is 63 today; she is a year older.

But mostly, you are reminded over and over that when faced with an opportunity to help, many out there still care enough. In today’s distrustful world, it’s good to know.

Ed Graney’s column is published Sunday, Wednesday, Thursday and Saturday. He can be reached at 383-4618 or egraney@reviewjournal.com. 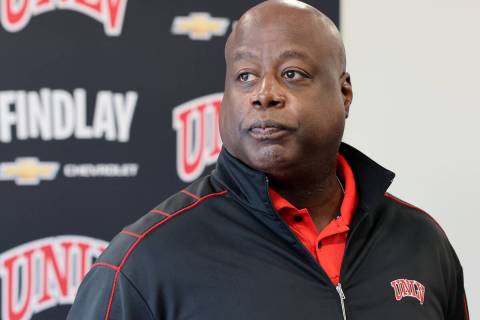 The school’s new Name, Image and Likeness opportunities also align with its pursuit of gaining membership into a Power Five conference. 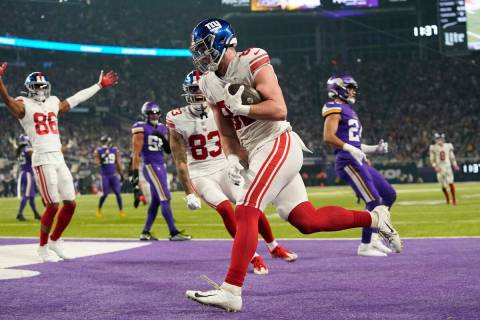 Daniel Bellinger, a Palo Verde High School graduate, has made an impact as a rookie tight end for the New York Giants, who meet the Philadelphia Eagles on Saturday. 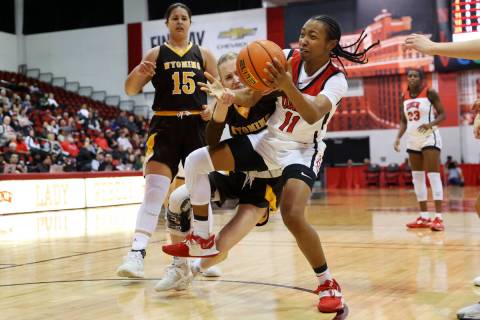 Graney: Lady Rebels learning how to be a hunted team
By Ed Graney / RJ

Off to its best start in over three decades, the UNLV women’s basketball team is getting everyone’s best shot this season. The Lady Rebels play at Wyoming on Thursday. 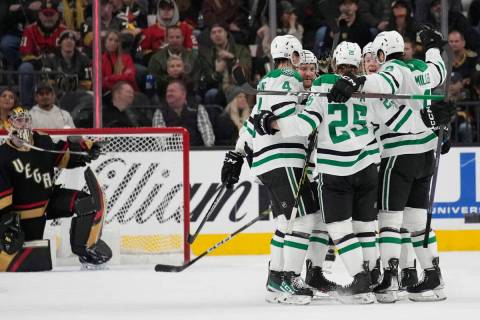 Dallas Stars players knew the importance of Monday’s game for coach Pete DeBoer and played like it in a decisive win over the Golden Knights at T-Mobile Arena. 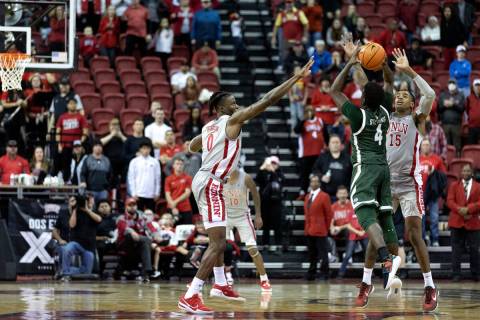 The Rebels deserved to lose after blowing leads at the end of regulation and in overtime in falling to Colorado State at the Thomas & Mack Center. 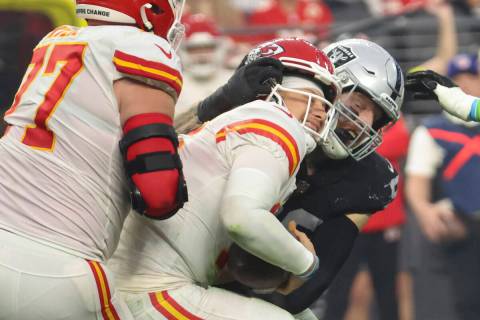 The Raiders ended their season with a loss to the Chiefs, a game that was decided by halftime and played the final 30 minutes by teams itching to travel their separate ways. 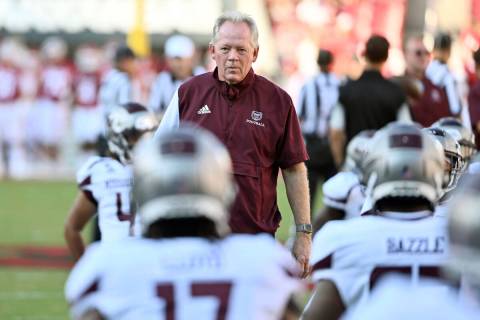 Graney: Should have seen Petrino bailing on UNLV coming
By Ed Graney / RJ

Bobby Petrino gave UNLV football three weeks of work as its offensive coordinator before bolting for the same position at Texas A&M. That’s what he does. 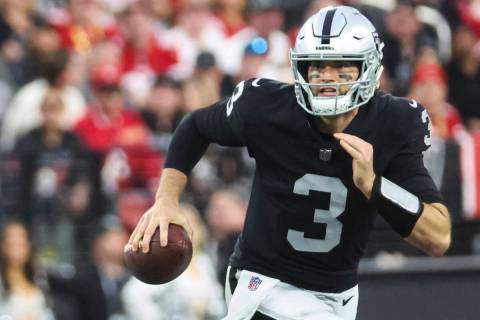 Playing in place of a benched Derek Carr, Jarrett Stidham threw for 365 yards and three touchdowns in the Raiders’ overtime loss to the San Francisco 49ers on Sunday. 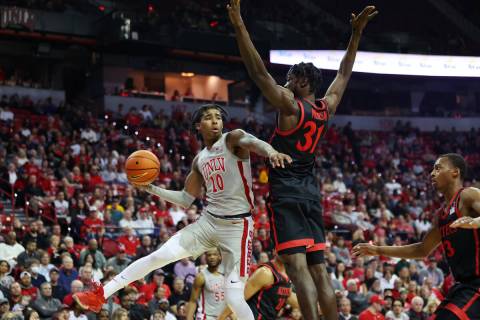 San Diego State’s basketball team shot 52.4 percent on 3s and flashed its elite defense in taking out UNLV 76-67 on Saturday at the Thomas & Mack Center. 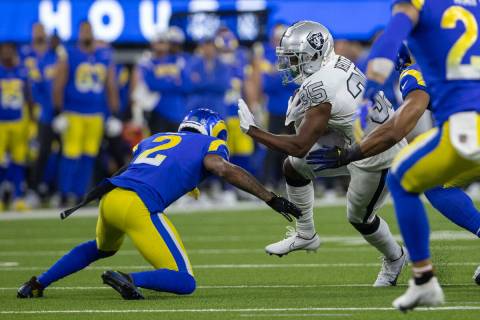 Zamir White is a rookie running back for the Raiders who has spent the season backing up the NFL’s leading rusher in Josh Jacobs — and waiting for his opportunity.