The Raiders have officially reported to training camp in Henderson and spoke about how they're dealing with the high expectations that have been set for the team coming off of a playoff season. (Heidi Fang/Las Vegas Review-Journal) 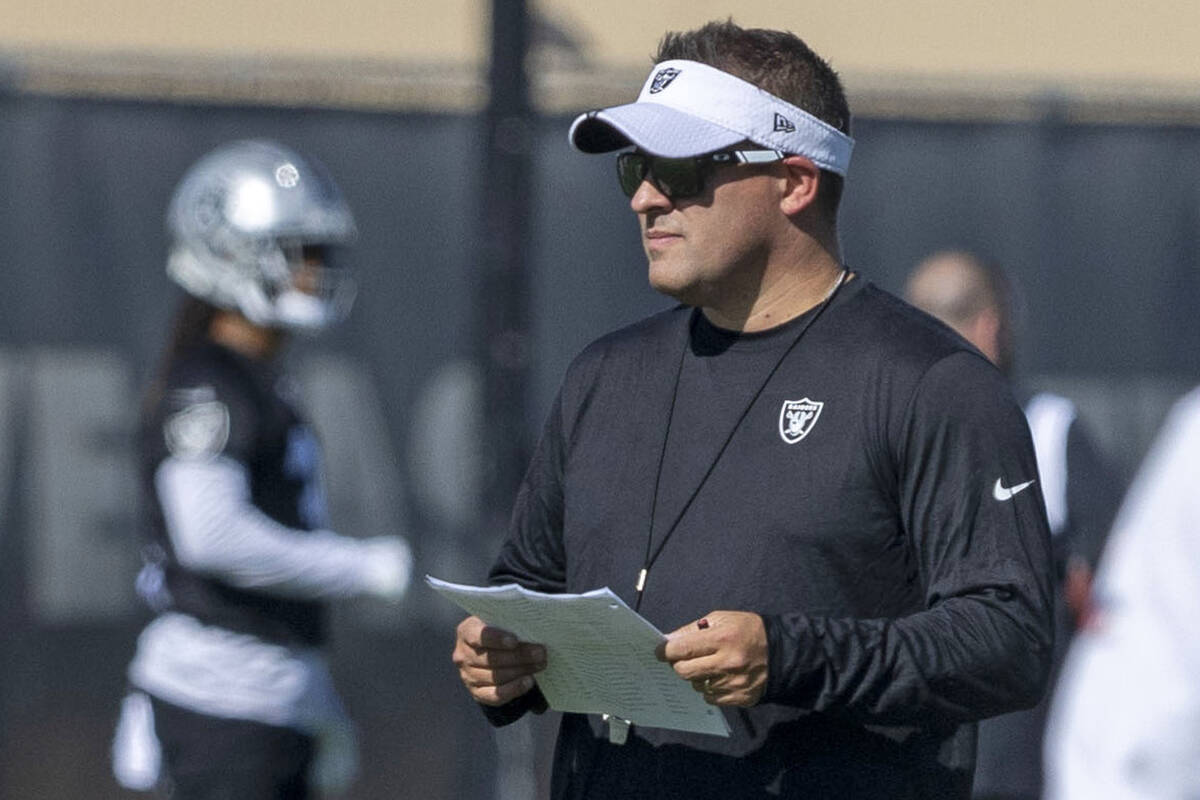 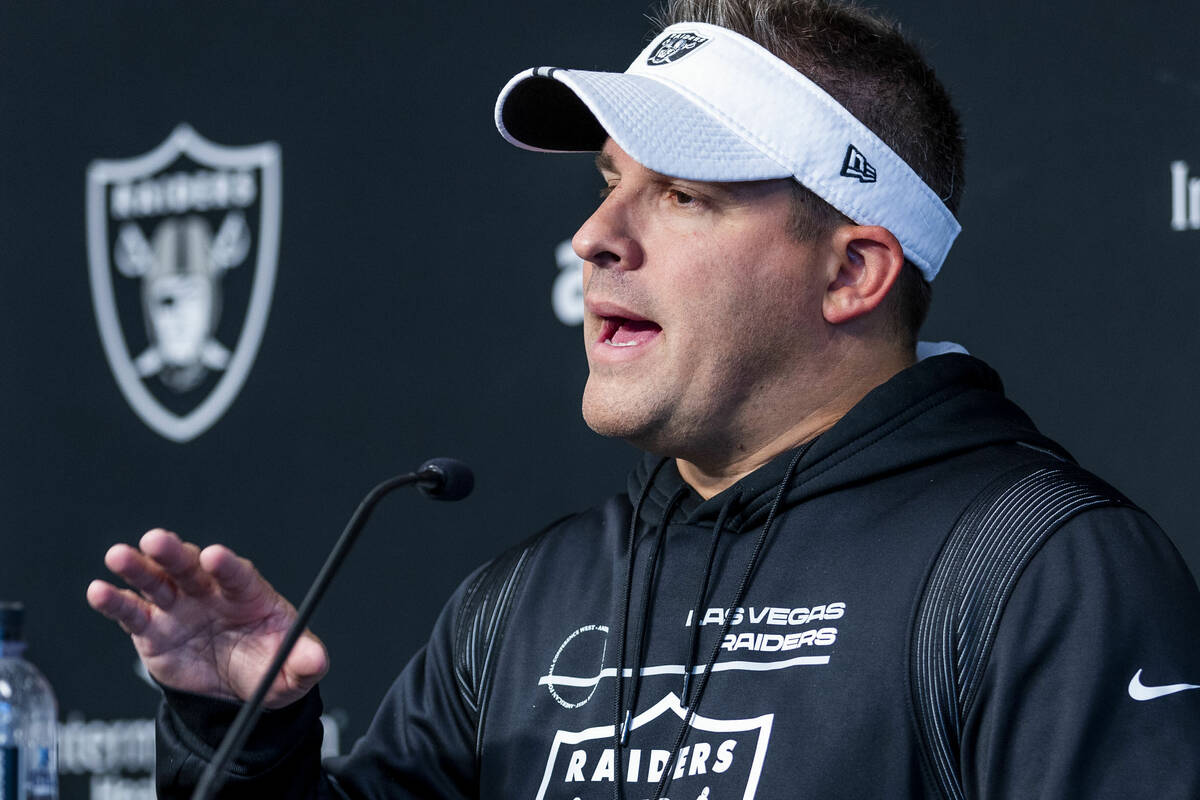 The message remains constant throughout a locker room filled with more talent than in recent seasons.

This Raiders team prefers expectations remain where they are for now, far from their practice facility, far from those intimately involved in the process.

“The only expectation we have is to work extremely hard,” coach Josh McDaniels said shortly before the team opened training camp Thursday. “Our expectation is we’re going to have a great day today. That’s as simple as we can make it.”

Sensible. But no matter how firmly McDaniels and his players stress a day-to-day existence, theirs is a team built to win now. Such is the way management chose to travel.

With that comes a level of pressure. They could likely go anywhere from 6-11 to 11-6.

What’s on paper doesn’t always make it onto the field. If the Raiders are to turn hype into results, more than a few need to do their part and then some.

Speaking of McDaniels and his first year with the Raiders … This is not his first rodeo. Had a forgettable experience leading the Broncos from 2009-10. Lasted 28 games and won just 11. Lost the locker room as, at the time, the youngest head coach in NFL history.

He has to be much better this time around. This is his offense. The one being forecast as all sorts of efficient and explosive. Everything, every last expectation, begins with him.

“I think there’s some different feelings,” McDaniels said. “The anxiety you feel is a good thing. You want to do it right in your position, your job. I feel like I’ve grown through these (training camps) and am just trying to enjoy the process of being a head coach at this point. Just trying to do the right thing in my role and be a good leader for our team.”

He isn’t the only one whose performance will go a long way in determining whether the Raiders can contend for a second straight playoff spot out of the oh-so-tough AFC West. Whether all those expectations take root against one of the league’s toughest schedules.

Derek Carr threw for a career-best 4,804 yards and 23 touchdowns last year. He had 14 interceptions, also a career high.

But with a trade for the NFL’s best receiver in Davante Adams and the continued presence of tight end Darren Waller and receiver Hunter Renfrow, there’s a feeling Carr in his ninth year could be in for a monster season. Again, more ifs than tangible evidence.

It’s the same with defensive end Chandler Jones and others brought in to raise the level of skill on a side of the ball that has hardly been stellar for some time.

That’s the funny thing about expectations — the idea that they will invariably lead to disappointment.

Which again brings us to the large elephant in the room. The large men up front.

None of the positives being predicted have a chance in all heck at occurring if a suspect offensive line doesn’t drastically improve from last season. If the only monsters Carr will be defined by are defensive linemen in his face, if folks don’t consistently block for him, all these what-ifs are for naught.

“At the end of the day, we have a ton of work to do,” said defensive end Maxx Crosby. “Last year is last year. Next year is next year. We have to stay in the present and just get better. Preseason hype is preseason hype. There’s always going to be preseason hype. We just have to show up and do the groundwork every single day or we’re not going to get to where we want to be.”

Expectations suggest it could be far.

But it’s a slippery slope. They have everything to prove.

Added Renfrow: “It’s about the first guy to the last guy buying in. If we can do that, we’ll have a chance.”