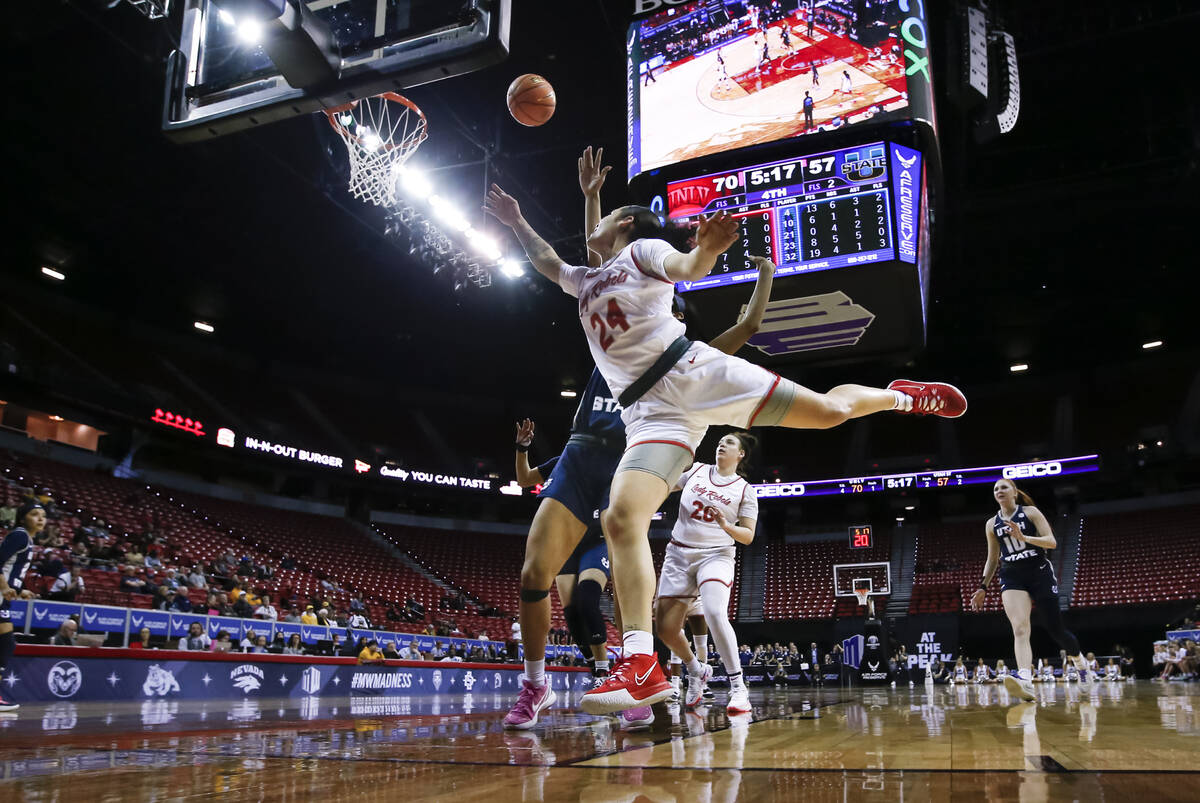 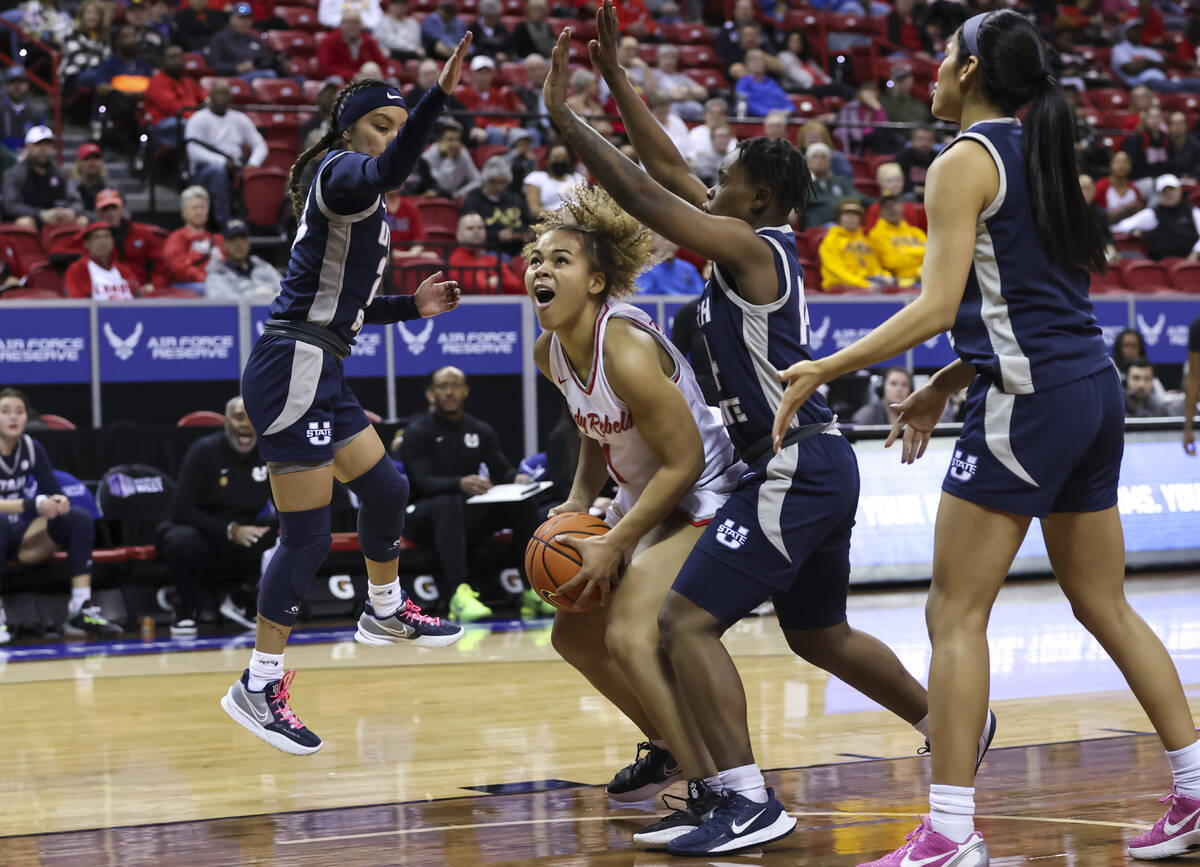 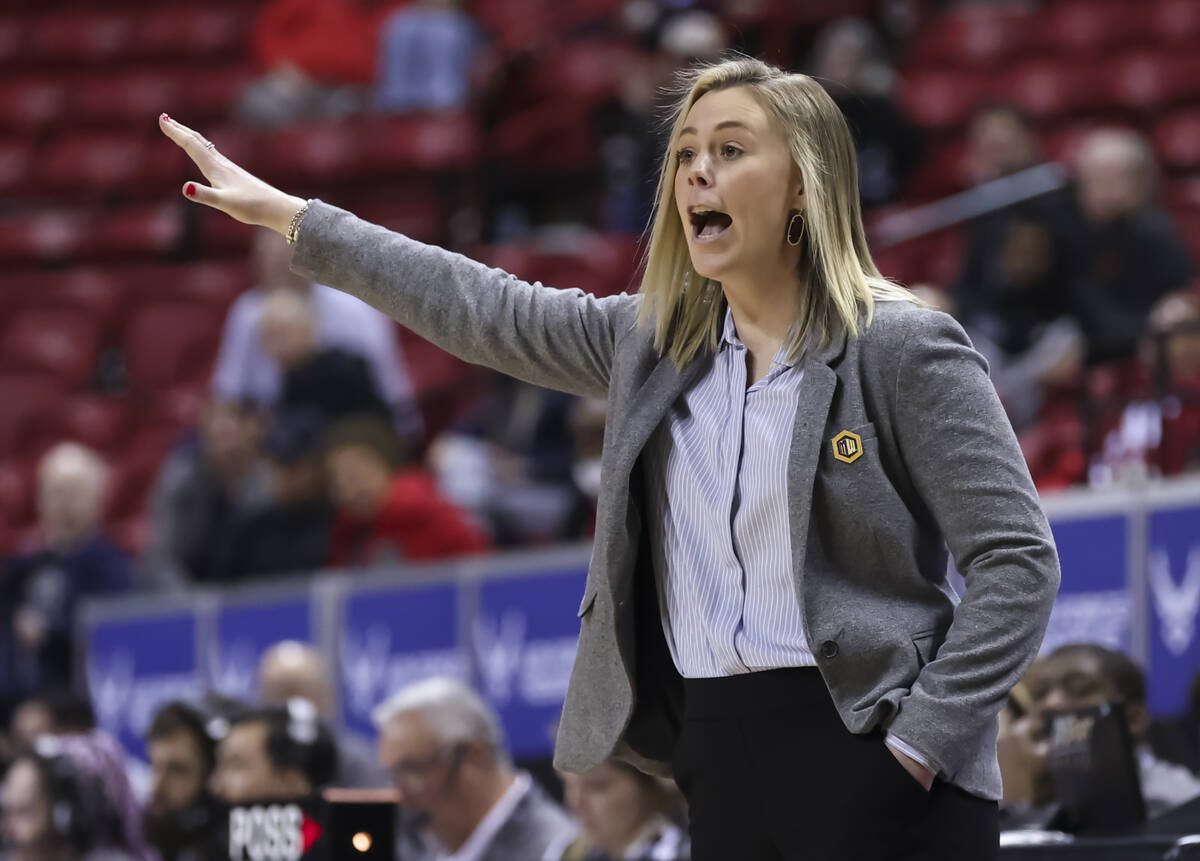 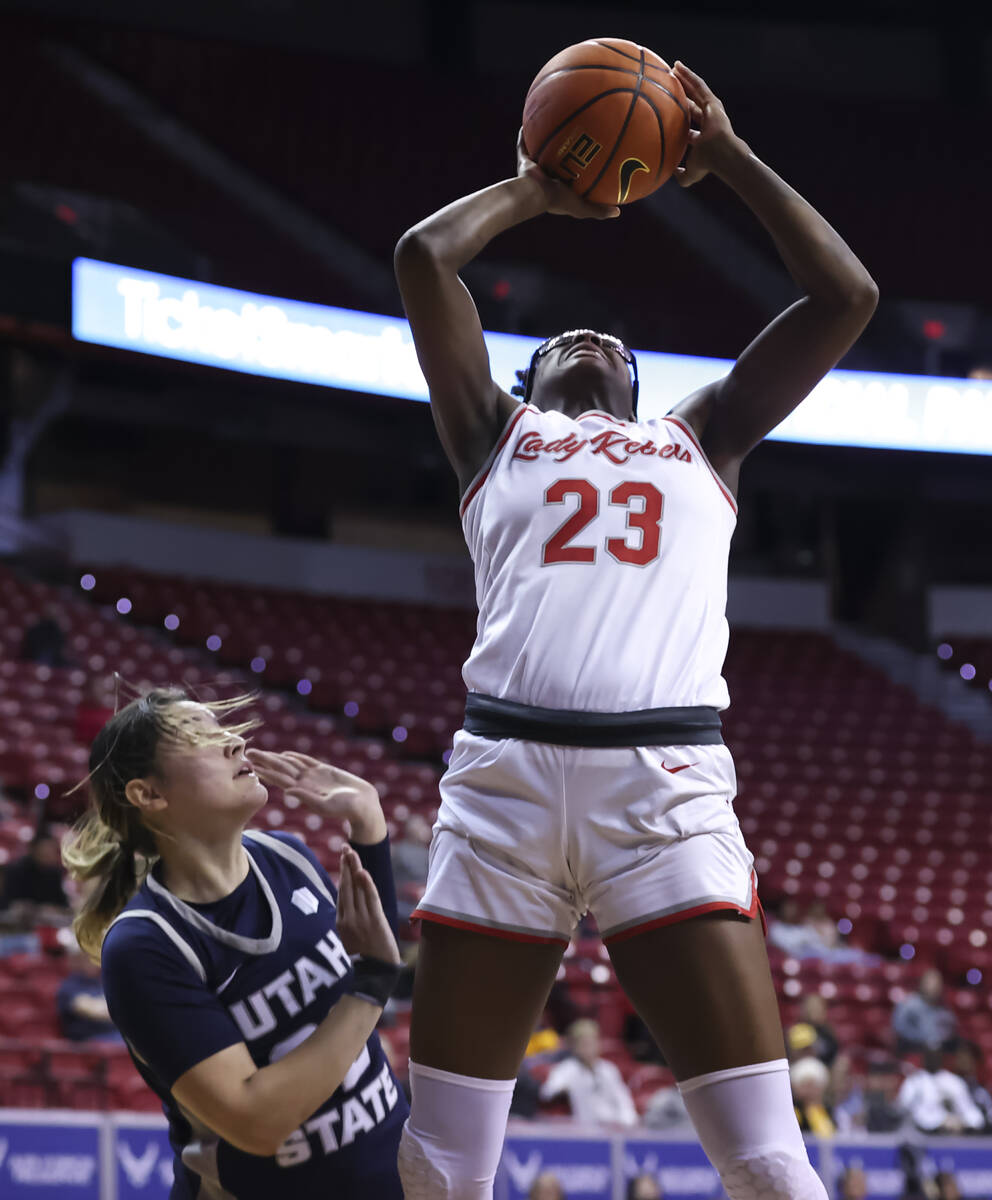 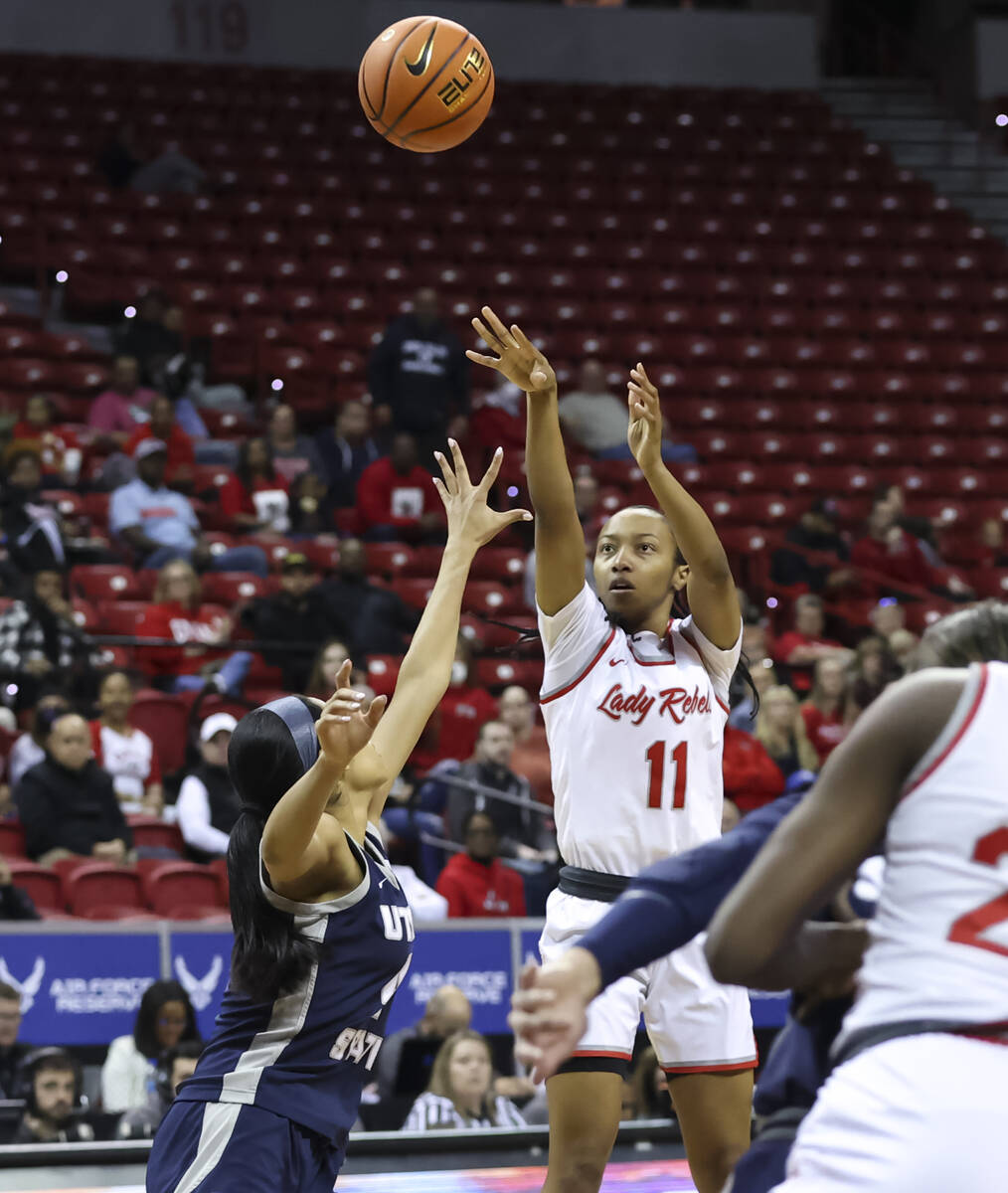 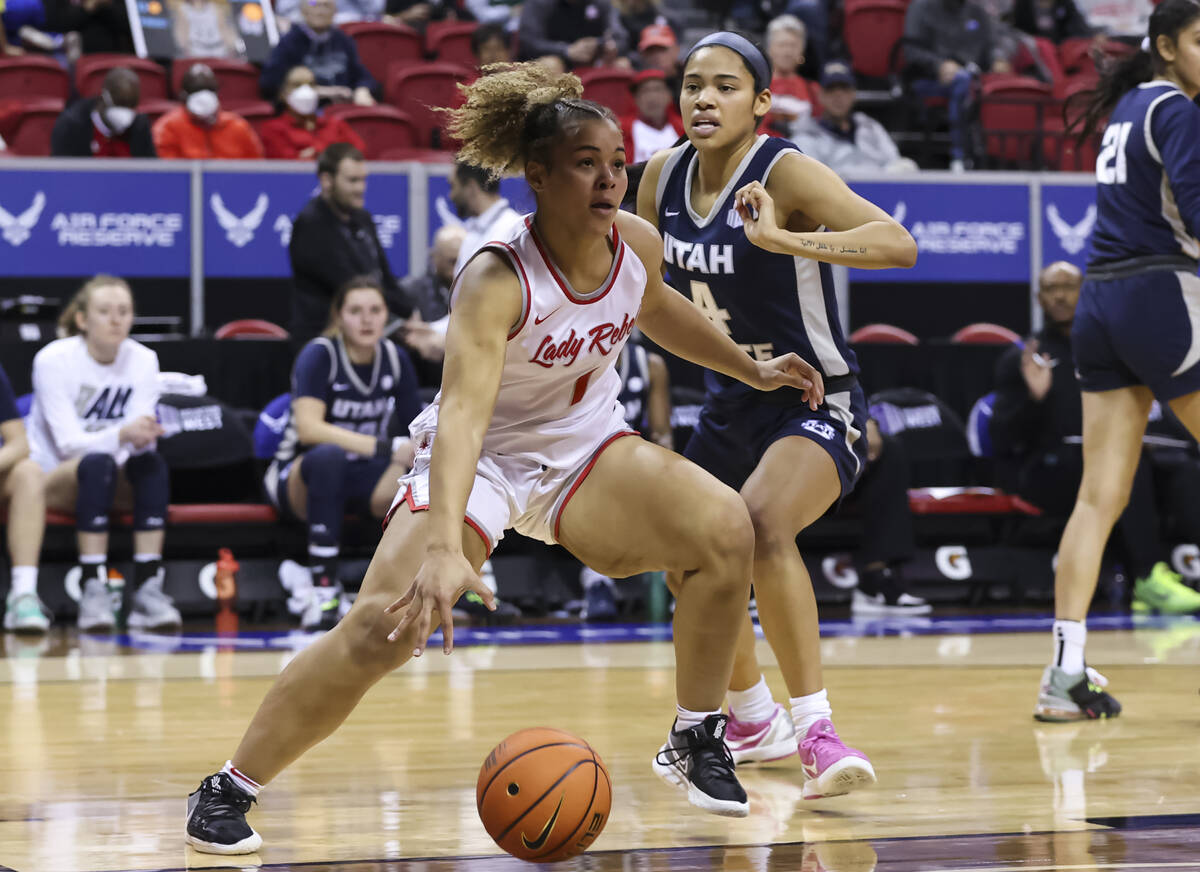 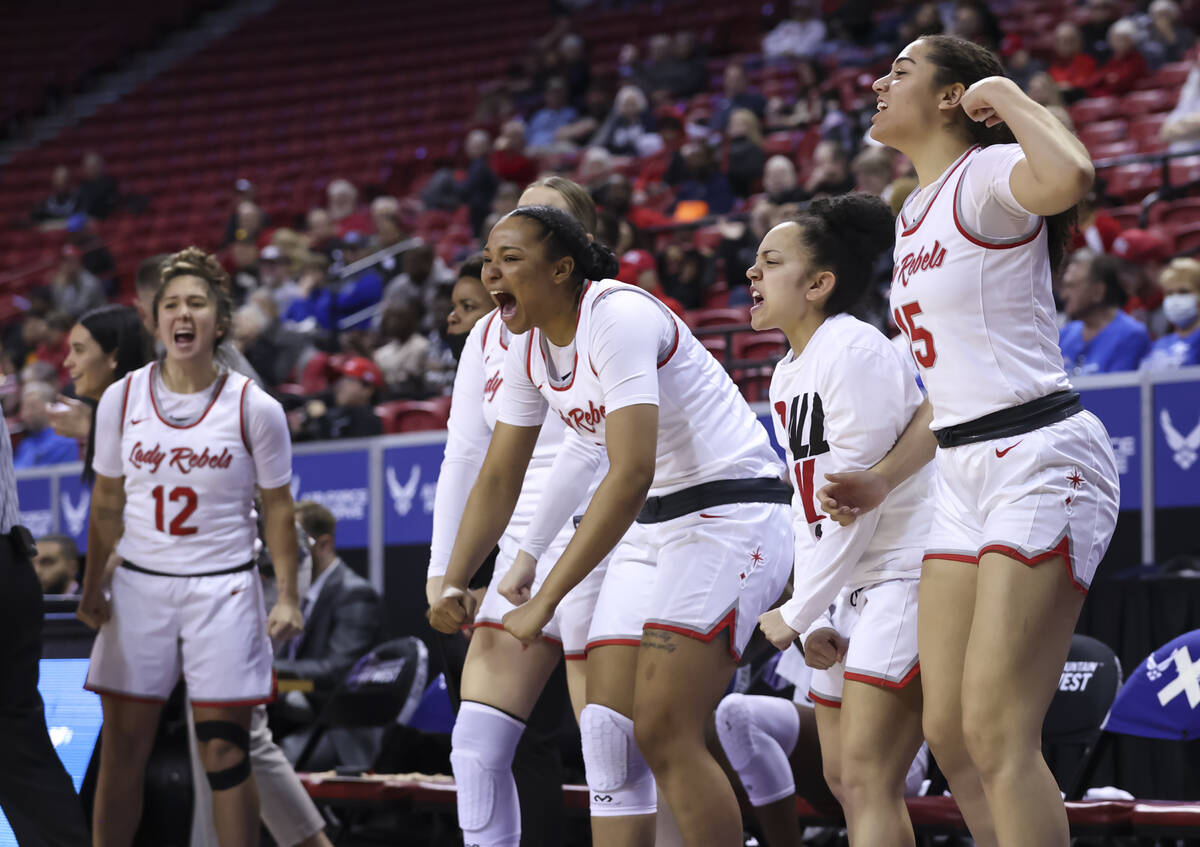 You figured UNLV would win its Mountain West women’s basketball tournament quarterfinal against Utah State on Monday a few possessions into the game.

The Lady Rebels were getting any shot they wanted.

Eventually, they decided to make some.

UNLV shook off some of the nerves that come with being a top seed and eliminated the ninth-seeded Aggies 82-69 at the Thomas & Mack Center.

It happens. It really happens when, this time last year, you lost as a No. 2 seed in your first tournament game.

Memories are tough to shake — even for the handful of UNLV players who experienced the defeat.

But the Lady Rebels were too good for Utah State. Too balanced. Too deep. Too well-coached.

Superior in all areas.

Which happens when most of your misses are layups.

“For the most part, I don’t really worry about our offense,” UNLV coach Lindy La Rocque said. “If we get the shots we want and they don’t go in, that’s just the outcome. Taking the right shots is the biggest thing for us.

“This is March, and it’s the madness. I just want to win.”

Balance and depth? UNLV had five players reach double figures in scoring, and seven had at least nine.

Coaching? This was decided in the second quarter, when La Rocque went to a press and forced the Aggies into nine turnovers and several rushed shots.

UNLV won the period 19-9 and led 38-27 at halftime. Utah State wasn’t erasing such a deficit. Scrappiness and supreme effort isn’t always enough. Not if you can’t match skill.

Stop the presses. UNLV just scored on another back-cut.

“We had a big hill to climb,” Utah State coach Kayla Ard said.

You see it in UNLV. You watch as freshmen Kiara Jackson and Alyssa Durazo-Frescas combine for 18 points and five rebounds and three assists and understand the sort of future La Rocque is building. You notice a sophomore like Nneka Obiazor go for 20 points and nine rebounds.

This isn’t a team. In just two seasons since returning home to assume the coaching position, La Rocque has formed a program.

But nothing says progress like advancing in March, a truth UNLV has scarcely known throughout the years. This time could be different. It’s the best team.

It won 12 straight conference games at one point.

And yet unless it wins the league tournament and automatic NCAA berth, there is no assurance it will make the draw. History insists it wouldn’t.

Welcome to the reality of women’s basketball in the Mountain West.

UNLV would be smart to finish this thing off with two more results such as Monday’s.

Since the 2010 season, the league has put multiple teams into the NCAA field once. UNLV has made it once in 27 seasons. Read that part again. Two-seven.

The metrics aren’t favorable. UNLV has a NET ranking in the low 80s. It’s probably why ESPN Bracketology projects the Mountain West tournament winner as a 13 seed.

“They’re fully aware,” La Rocque said. “We had a shootaround (Sunday), and my message was the same one as my coaches told me — look at those nets. That’s what we want. But to get those, you have to win three in three days. We checked off the first step and have two more to go.

“It’s going to take everyone at their best doing whatever is needed at the right time. I know this team will do it.”

There is a simple answer to all of this: Win two more games. Leave no doubt.

Play like the champion you have proven to be.

Oh, yeah. And make your layups.