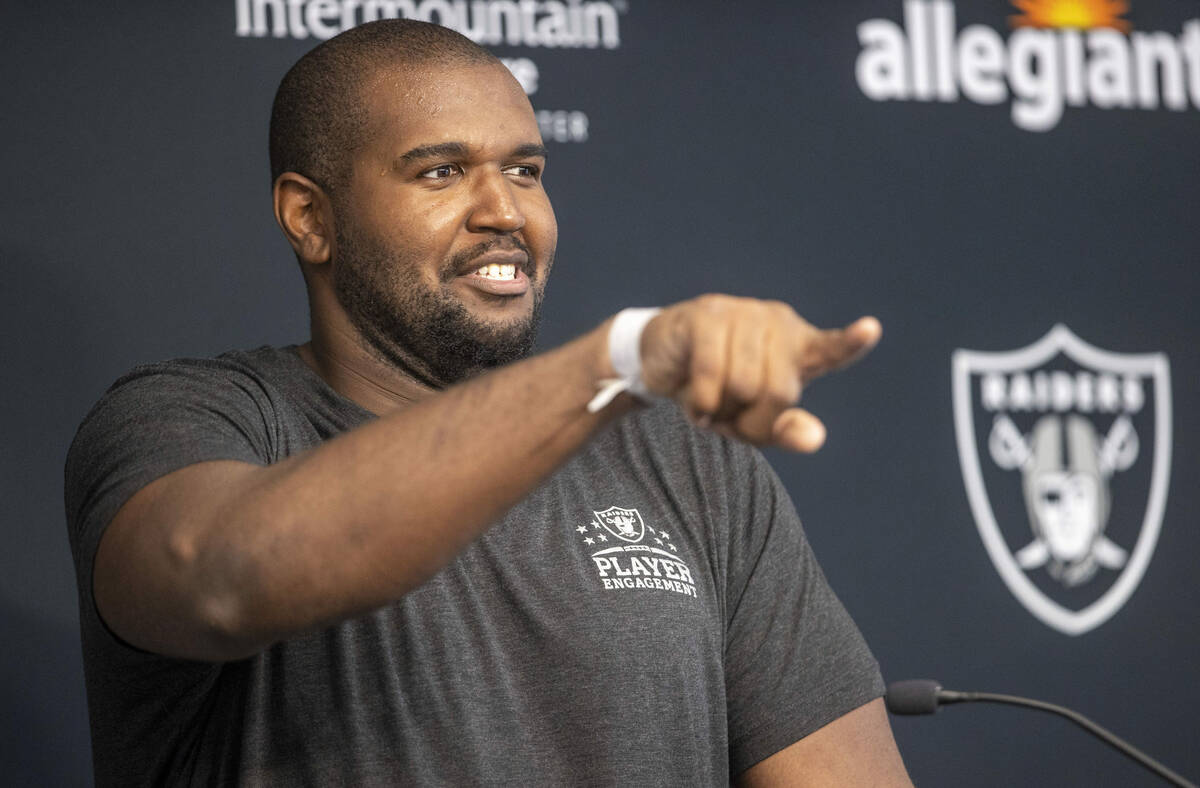 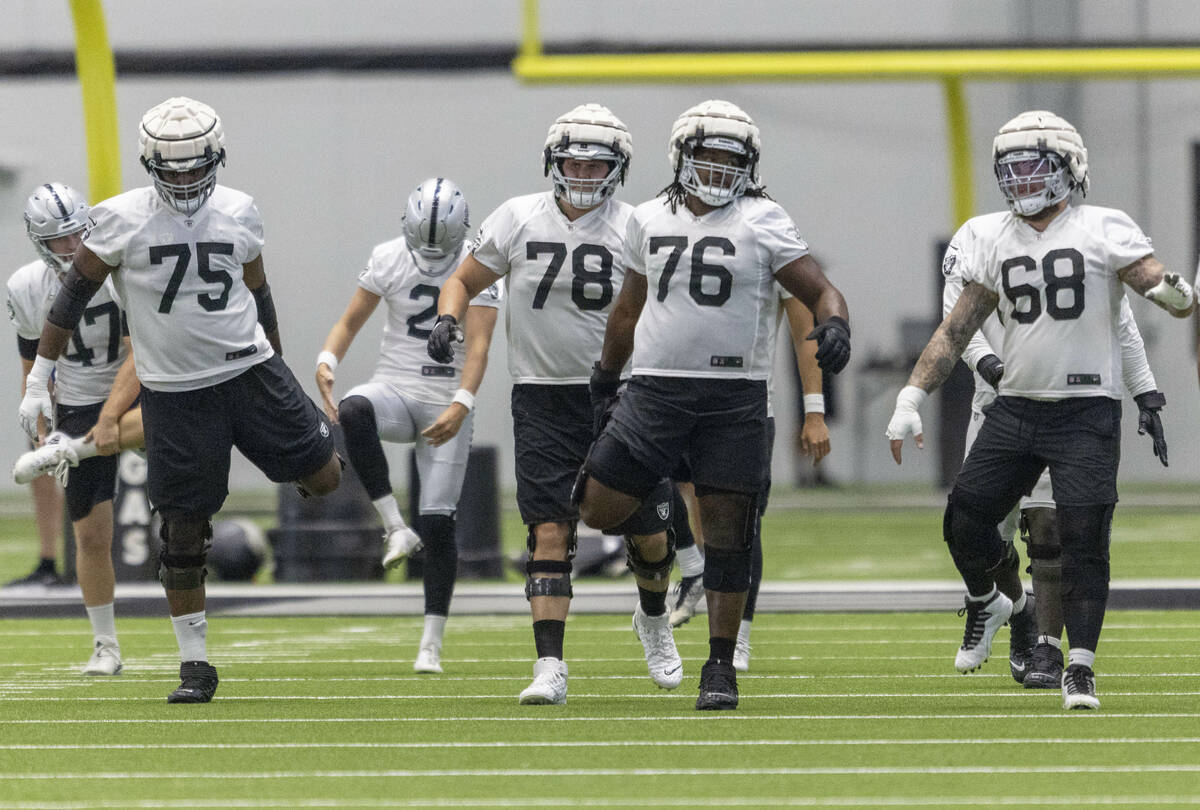 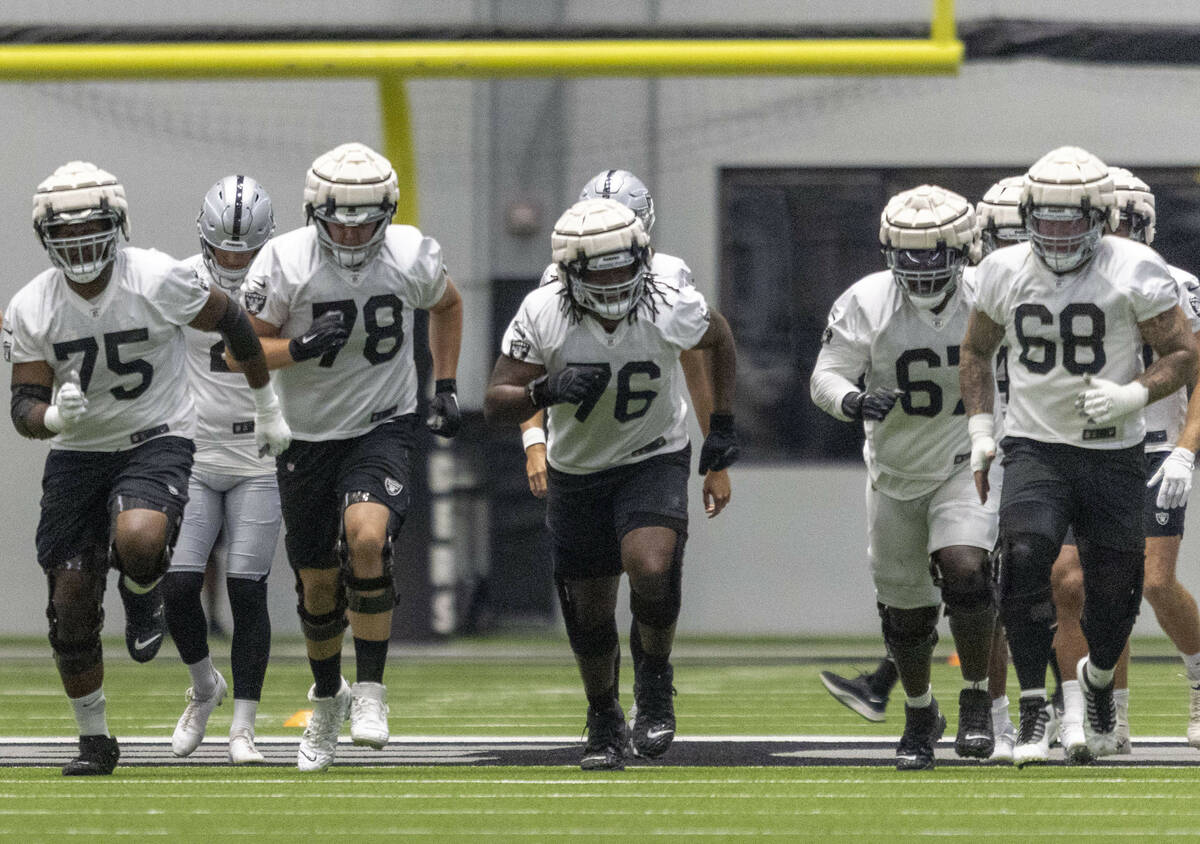 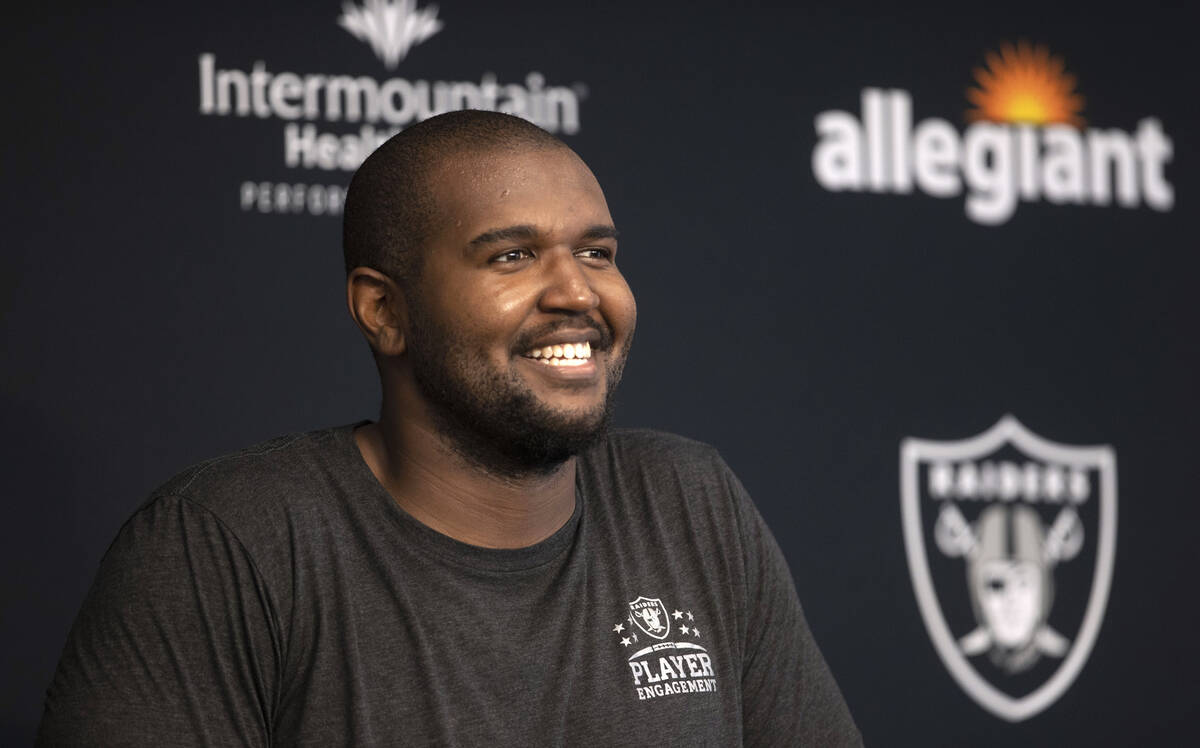 It remains a riddle, wrapped in a mystery, inside an enigma of serious doubt.

Or, simply, the offensive line of the Raiders.

It’s unknown how things have improved from last season, when it was a weekly struggle up front and ranked one of the worst lines in the NFL.

Time will tell if such a judgment remains warranted.

“We’ve kind have been the butt of some jokes,” tackle Brandon Parker said. “We’re trying to prove ourselves and be the best we can. We see it. Try not to let it affect us, but it does give us that chip on our shoulders that we can be top dogs.

“To hear (people) say you’re the weakest link on the team …. You get the random, ‘You suck.’ I feel like this year we want to make it so they can’t say it.”

There is no more significant unit when the Raiders wear pads for the first time in training camp Wednesday, no place on the field where eyes will be more drawn than the offensive line. Folks try to separate themselves. Nothing like a little real contact to do so.

Things took another turn when guard Denzelle Good was placed on the reserve/retirement list Monday. He was recovering from a torn ACL and had played 36 games during four seasons for the Raiders.

Curious. The team upgraded different positions in the offseason, some (see Davante Adams at wide receiver) at an incredible level. But no large checks were written toward an attempt to improve the offensive line. At least with any outside faces.

What it tells you: That management seemingly believes — for now — in the likes of tackles Alex Leatherwood and Parker and center Andre James. That guards such as John Simpson and Lester Cotton Sr. are, in its eyes, more than serviceable.

That those making decisions above at least give the impression of thinking that one position where an incremental improvement occurs more often than most will do so here. It better.

It’s all a guess, really. More than likely, the Raiders will wait and see what names hit the waiver wire in the coming weeks as a season draws closer.

There is much youth across the front and that should offer a glimmer of hope as it matures. So too is there some depth, although that part was lessened with Good’s departure. A rookie such as third-round pick Dylan Parham will likely get an even a closer look now.

Miller remains the one sure thing. Few rival him at his position across the NFL. He is the constant whose annual production has improved, rewarded with a three-year contract extension last March worth $54 million, of which $42.6 million is guaranteed.

But nowhere else is there such obvious ability.

And still, an easy take exists: That with the offensive skill at different areas, how the line performs will go a long way in determining an overall record.

That this is — yes — the one position more than any that will drive the Raiders to success or failure.

For now, at least one Raider (Parker) said he deleted his social media so as not to see the constant criticism thrown his and teammates’ way. It’s hard to miss.

“There’s a lot of distractions outside the building, but we want to keep together and keep all the noise (inside),” Miller said. “We like to set out own expectations and try and exceed that. You hear it. You see it. You can’t always ignore it.”

There’s one way to stop it. Get (much) better as a group.