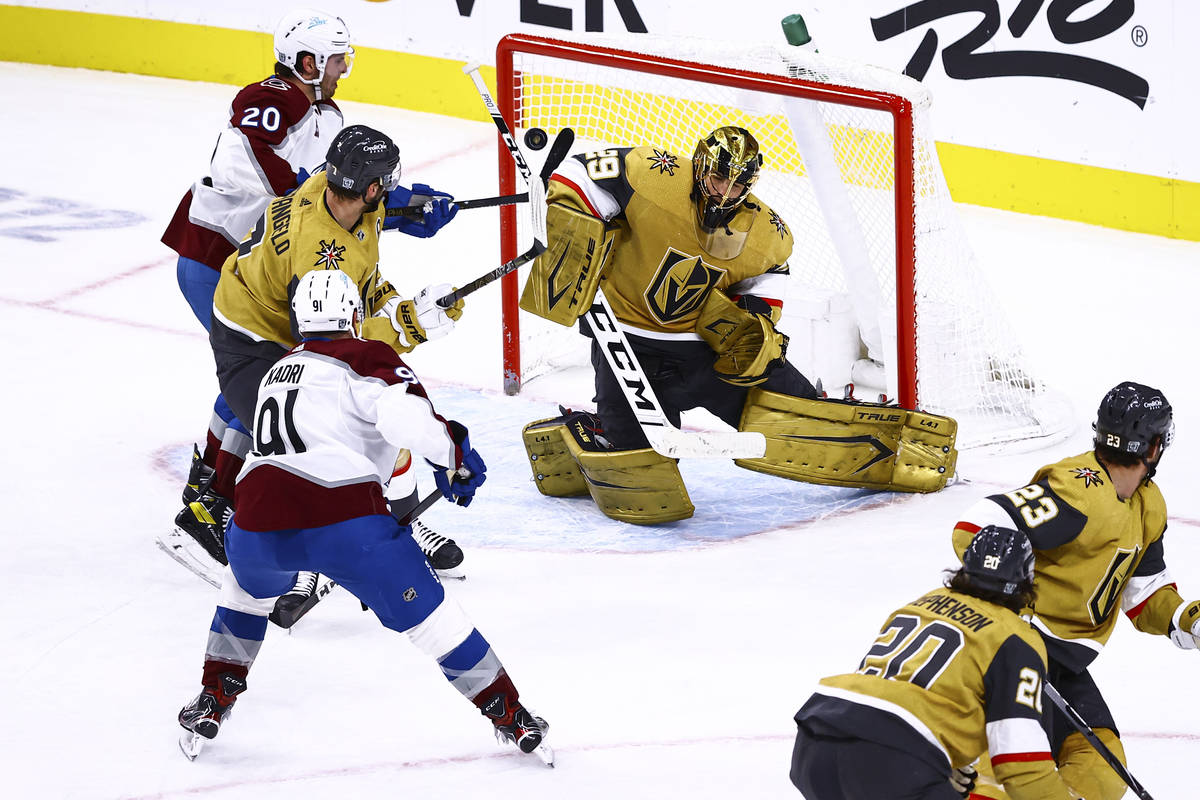 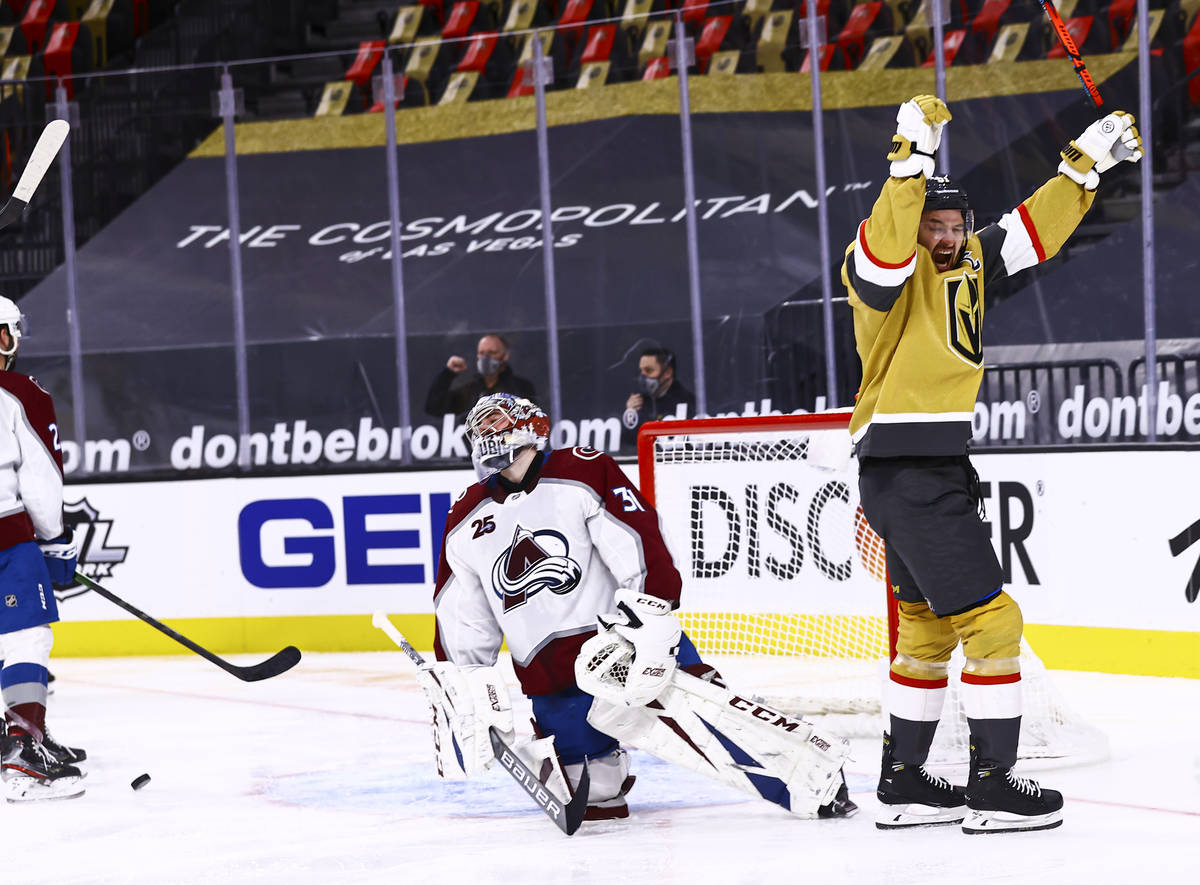 Seven more of these things is right.

Sports seasons always are broken into different segments. How you start. How you finish. How you navigate through midseason stagnation.

How you perform against the best competition.

And in the 13th game of its condensed schedule, the Golden Knights finally got a glimpse of the latter.

They emerged with a 1-0 victory against Colorado at T-Mobile Arena on Sunday, the first of four straight games between the teams and of eight regular-season meetings overall.

This is when 1-0 can be just as exciting as games where goals come in bunches. More so, even.

St. Louis was the only team before Sunday that the Knights had faced with a positive goal differential, a game the Blues won in a shootout. This was different level stuff from the jump.

Here’s the thing: Colorado was the better side over 60 minutes, especially five-on-five. The Avalanche just returned from a COVID-19 pause in which they hadn’t played since Feb. 2. So they had some fresh legs going. As if they aren’t fast enough.

Here’s another thing: This was the third game in four days for the Knights, the fourth in six, the fifth in eight, the sixth in 10. The third period arrived, and fatigue set in. You could see it. Colorado outshot the Knights 6-1 in the first few minutes of the final 20.

But the Knights held on, which says everything about how good they are.

The fastest thing other than Colorado through the neutral zone Sunday might have been Max Pacioretty’s release on his second-period goal that made it 1-0. Deadly. It held up.

“They may have been off for a while, so you knew they would have good legs but maybe not feel that comfortable with the puck,” said Pacioretty. “But they definitely played a stronger game than us and had a lot of opportunities to take advantage of us.”

Why they couldn’t: The Avalanche didn’t have Marc-Andre Fleury.

The goalie has been the Knights’ best player this season, and none of that changed as Fleury stopped 30 shots. In victories against the Sharks on Saturday and now the Avalanche, he stopped all but one of 55.

Robin Lehner continues to be sidelined with an upper-body injury, and Fleury has taken full advantage, having started the last four games. He has looked better and better as he goes.

He also was helped by those in front of him Sunday, by defensemen who played some of their best hockey this season and forwards like Cody Glass, who helped in their own end clearing pucks as Colorado continued to push and push.

It remains a small sample size, but this was unquestionably the best we have seen from Alex Pietrangelo since he signed his mammoth free-agent contract in October. He teamed with Alec Martinez on Sunday to help combat Colorado’s scary-talented top line, led by one of the league’s best in center Nathan MacKinnon.

“I thought the (Pietrangelo-Martinez) pairing was awesome,” Fleury said. “Those two played a lot of minutes and defended well. Colorado had a long break. They came in with a lot of speed. Everybody battled and grinded throughout … It’s been awhile since (he played back-to-back games). I don’t think it’s part of the routine. Feeling it a little bit in the legs right now. But it was fun. Fun to get some wins and beat a good team today.”

The best part: They get to do this seven more times.

And, depending on how those Honda West Division playoffs work out, maybe a lot more.