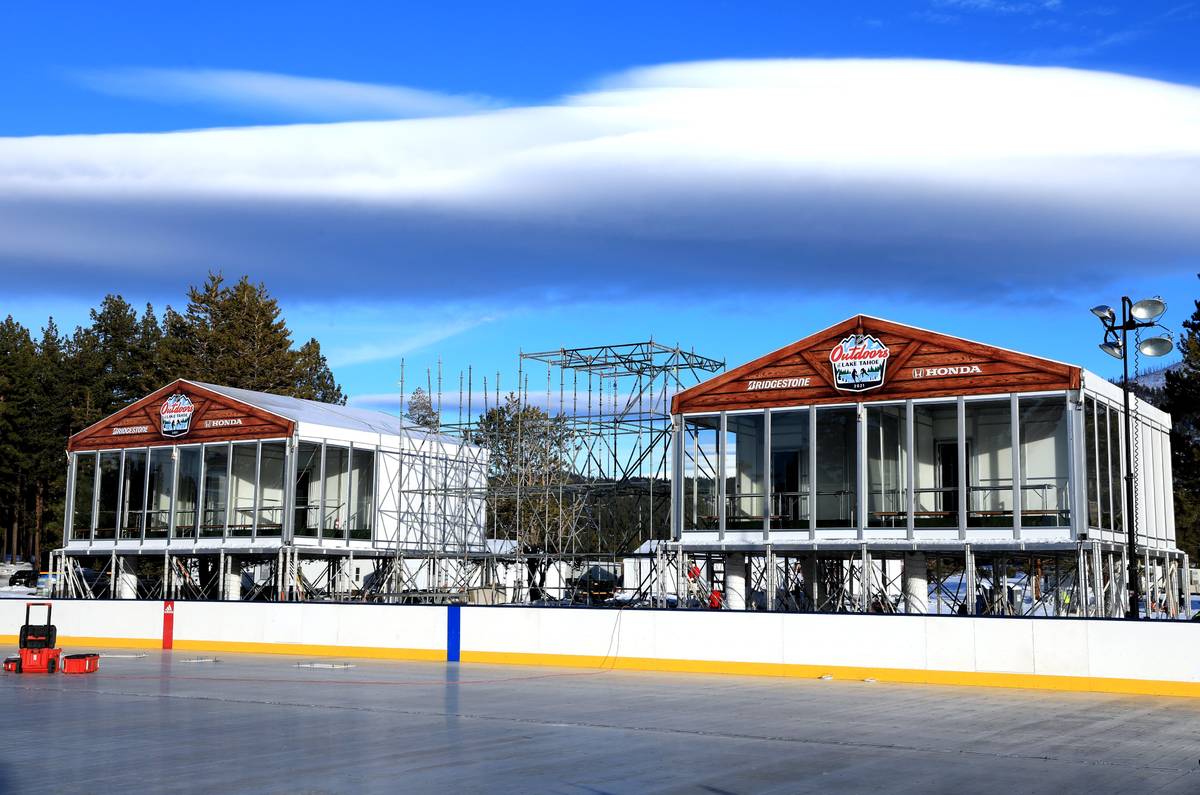 The Golden Knights face Colorado on Saturday and the Bruins and Flyers meet Sunday at Lake Tahoe. (Vegas Golden Knights/@GoldenKnights) 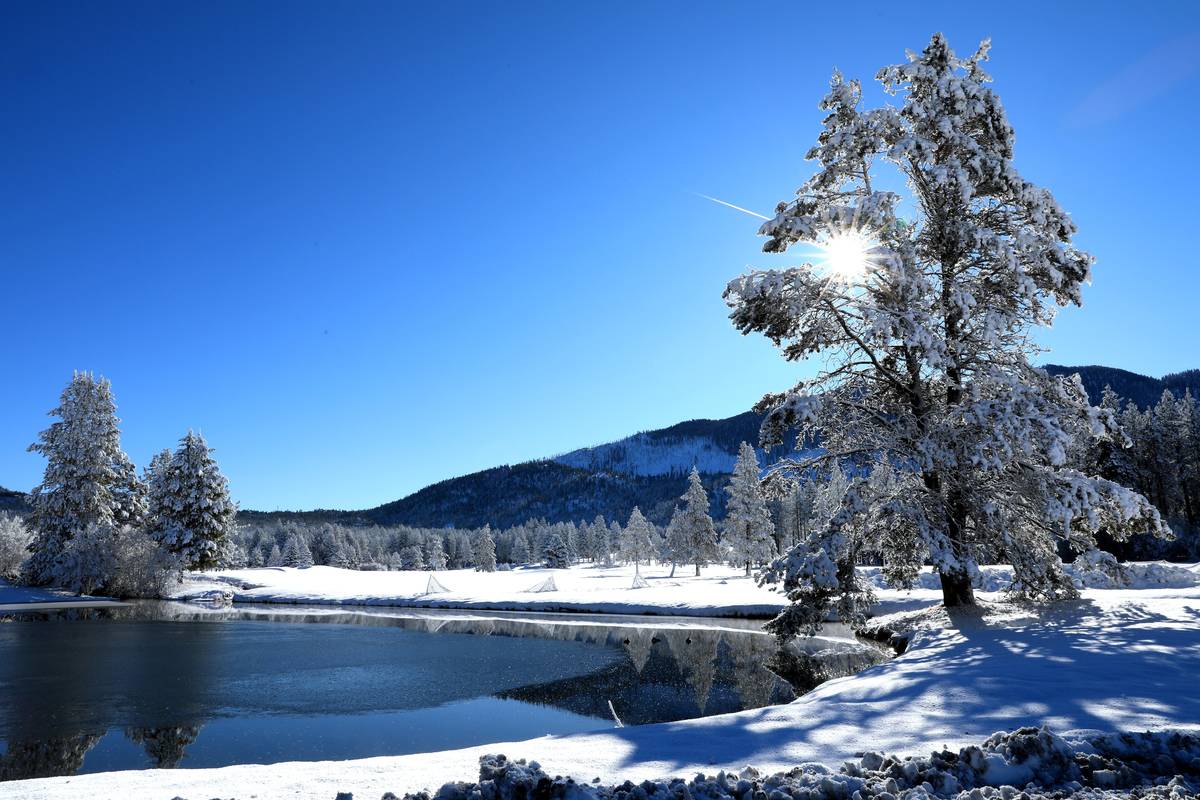 The Golden Knights face Colorado on Saturday and the Bruins and Flyers meet Sunday at Lake Tahoe. (Vegas Golden Knights/@GoldenKnights)

Somewhere amid the scenic pictures from Lake Tahoe that will flash across television screens Saturday and Sunday is this irony: The NHL began staging regular-season outdoor games on an annual basis in 2008 as a way to draw new fans to the sport.

This weekend at least, that can’t happen, COVID-19 making it that only officials and teams and their traveling parties will be in attendance once the puck drops.

For fans, growing the game this time means not attending the games in person but experiencing all those breathtaking shots of the lake and the snowcapped Sierra Nevada from the comfort of your living room.

Outdoor games have been held in many of sports’ most historic venues: Wrigley Field, Fenway Park, Dodger Stadium, Yankee Stadium, Notre Dame Stadium and a really Big House at Michigan.

But there might not be a more intriguing site than a rink constructed on the 18th fairway of the Edgewood-Tahoe Golf Course. I would give anything to watch Charles Barkley hit his second shot off ice on the Par-5 that is usually reserved for the American Century Celebrity Championship.

Instead, it’s where the Golden Knights face Colorado on Saturday and the Bruins and Flyers meet Sunday, four of the league’s best teams taking part in what is a far more unique environment than at the 30 previous outdoor games.

That, and Green Day will debut its newest song between the second and third periods of Knights-Avalanche. So this has every chance of being totally awesome.

But can it persuade, as other outdoor games have, niche fans to watch and perhaps adopt a game they haven’t before embraced?

“I think so,” Knights coach Pete DeBoer said. “For growing the game, it’s an exciting event. I anticipate it might be snowing. I think there is a hook there that when you get people to tune into a hockey game and watch, it’s hard not to become a fan.”

It can have a local impact, as well.

Las Vegas — despite the incredible atmosphere and impassioned fan base that made T-Mobile Arena one of the league’s best home venues before COVID-19 arrived — is still a community learning all things NHL. So having its team participate in an outdoor game for the first time is another step in that maturation process.

“It’s something new and cool that our fan base can be part of and Vegas can jump behind,” Knights forward Reilly Smith said. “As a player, you hope it’s a lifelong experience. For most, you only get the opportunity to play in maybe one outdoor game.”

This is a unique year in every possible way. As much as the NHL spends millions of dollars annually in growing its game at the youth levels — hoping kids might consider being sized for a pair of skates while they’re purchasing baseball gloves and football helmets — few events have created more buzz for the nontraditional fan than these outdoor games.

There is already talk that if this week’s distinctive setup is deemed a success, the league would seek out other such picturesque locations in future years. The goal of discovering new fans never really stops.

“Just what we’re doing, playing a game in the middle of this beautiful area with the backdrop of trees and lakes and mountains, it’s unique,” said Steve Mayer, Chief Content Officer for the NHL. “And to me, this resonates with hockey fans, but it also resonates with sports fans. I think that’s what we need to do.

“The more we can do to bring in that sports fan to our sport, we believe they get hooked on hockey. This is the kind of game that does that.”

The scenery also isn’t half bad.