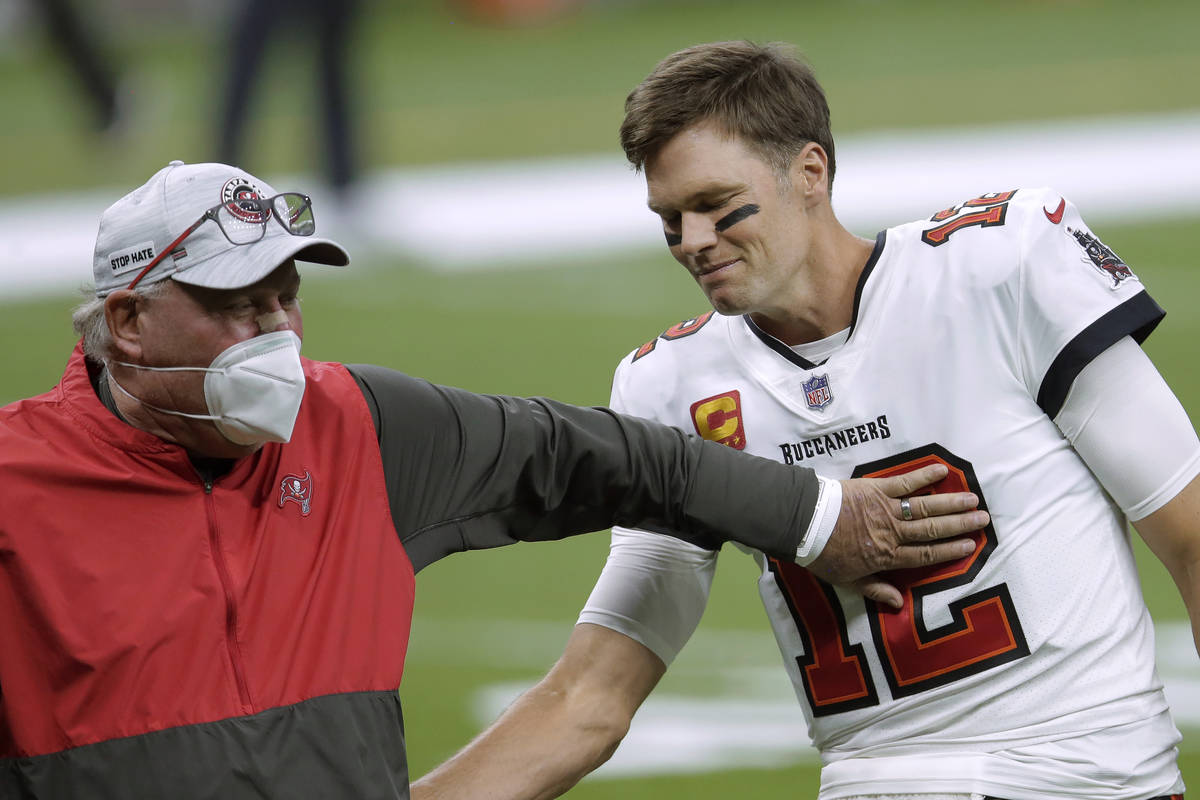 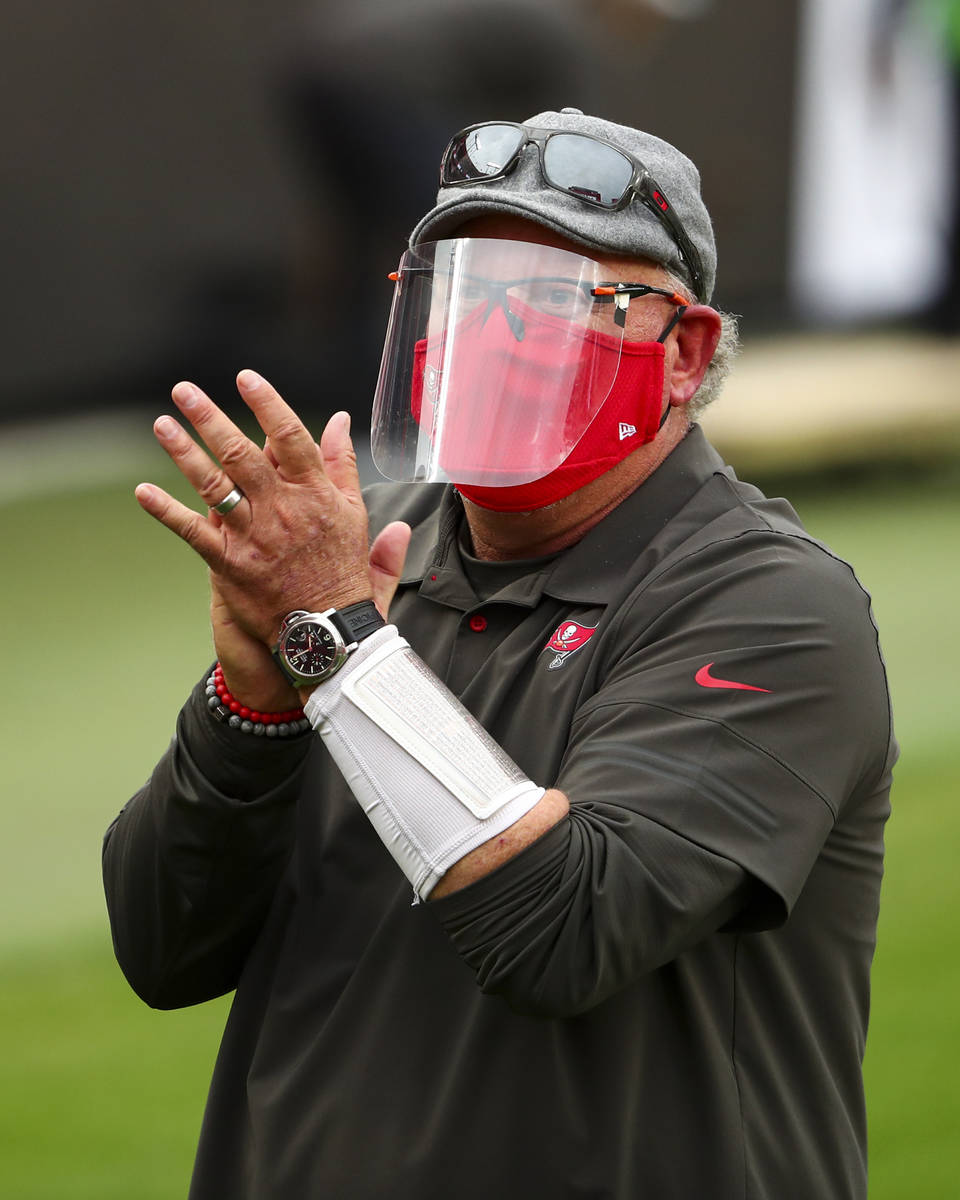 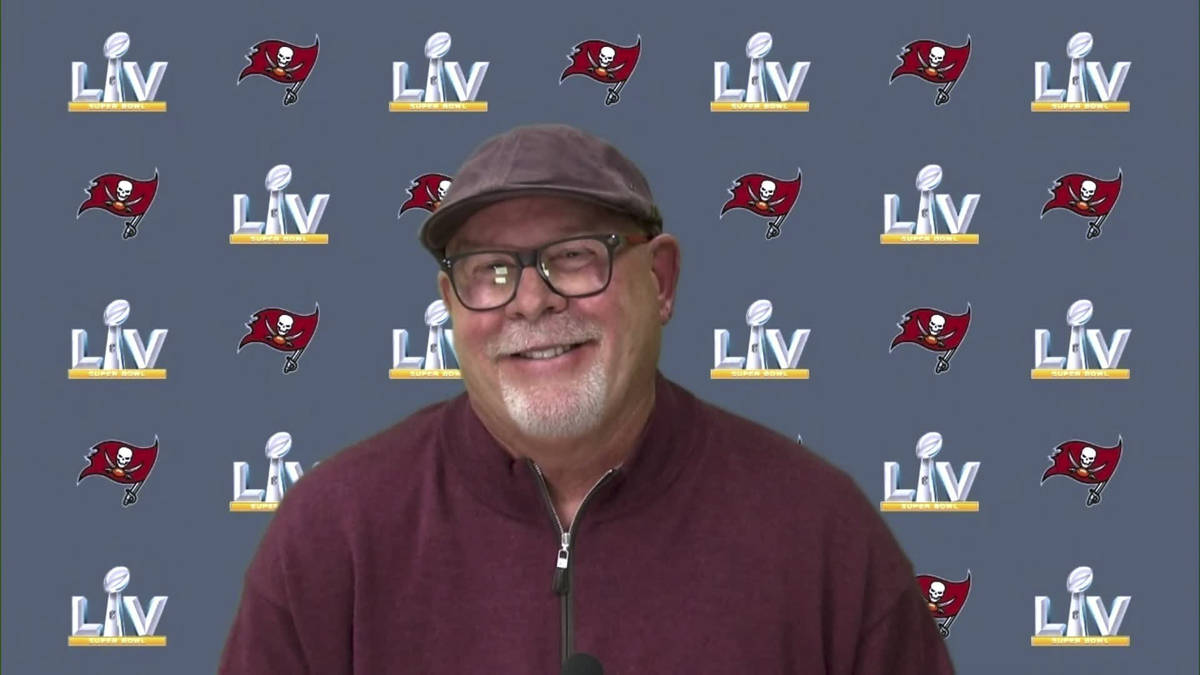 There are two faces to Bruce Arians, one passionately devoted to another time and the other to a desire for a progressive future. Together they make for one heck of a Super Bowl LV tale.

Forgotten in the hype about Kansas City and Patrick Mahomes trying to win a second straight title Sunday, about Tom Brady going for a seventh ring, is the Tampa Bay coach and his remarkable journey to this moment.

Arians is far more than what he appears at first glance, your demanding old uncle wearing a face shield and Kangol hat. No matter how classic the look.

He still quotes Bear Bryant — “Coach ’em hard and hug ’em later” — for whom he oversaw running backs at Alabama. Still says that when he was the coach at Temple, beating Pittsburgh for the first time in 45 years ranks above the two Super Bowl championships he won as an assistant with the Steelers. Still talks fondly about his central Pennsylvania roots.

“He’s a really unique individual,” said Lars Anderson, who collaborated with Arians on the book “The Quarterback Whisperer: How to Build an Elite NFL Quarterback.” “It has been fascinating how he has gone from a person not many people know about to, suddenly, America’s coach during Super Bowl week. People are pulling for him. Once you’re with him, you’re with him. He will do anything for you.

“You would never mistake Bruce for the smartest guy in the room, but he has a way to emotionally connect that is rare. He’s just a good dude.”

He’s also, at age 68, far ahead of the curve on one of the NFL’s most controversial issues.

In 1974, Arians became the first white player at Virginia Tech to room with a Black teammate — James Barber, father to former NFL players Ronde and Tiki Barber. Now, in a time when the league is consistently criticized for its lack of minority hirings, Arians’ staff in Tampa Bay is the first in NFL history with three black coordinators. He also hired two full-time female assistant coaches.

“A player is going to ask the coach, ‘How are you going to make me better?’ ” said Arians, who would be the oldest coach to win a Super Bowl. “He doesn’t really care whether the answer comes from a male or a female, Black, white, brown, yellow — just help me get better. The best teachers I had were all different races, all different ethnic groups, male and female. If you can teach, you can coach.”

He knows a little about waiting for opportunity.

“I didn’t get a real shot until I was 60, and Chuck (Pagano) had to get sick with leukemia for me to be a head coach,” Arians said.

He would serve an interim role with the Colts after Pagano’s diagnosis, lead Indianapolis to a 9-3 record and playoff berth and be named Coach of the Year. From there, Arians spent five season as the coach in Arizona before retiring.

The sabbatical would last a year before the Buccaneers came calling, looking to the man who has coached and made better quarterbacks Peyton Manning and Carson Palmer and Andrew Luck and Ben Roethlisberger and now Brady.

The coach who will go for it on fourth down from his 20 with a 43-year-old quarterback, who calls plays as if he has nothing to lose, because his travels throughout football suggest as much.

Whose oft-used line — “No risk it, no biscuit” — points to the poem “If” by Rudyard Kipling.

“I had a coach when I was young put a (copy) in our playbook,” Arians said. “It talks about throwing your hat in the ring and not being afraid to fail. I apply it to everyday life. You’re not guaranteed the next day. I hit a lot of balls in the water going for it in two knowing I can’t get there. But I won’t get there unless I try. That one out of 10 that makes it, it’s a great feeling. That’s how I live life.”

With two faces, equally devoted to the past and to progress.