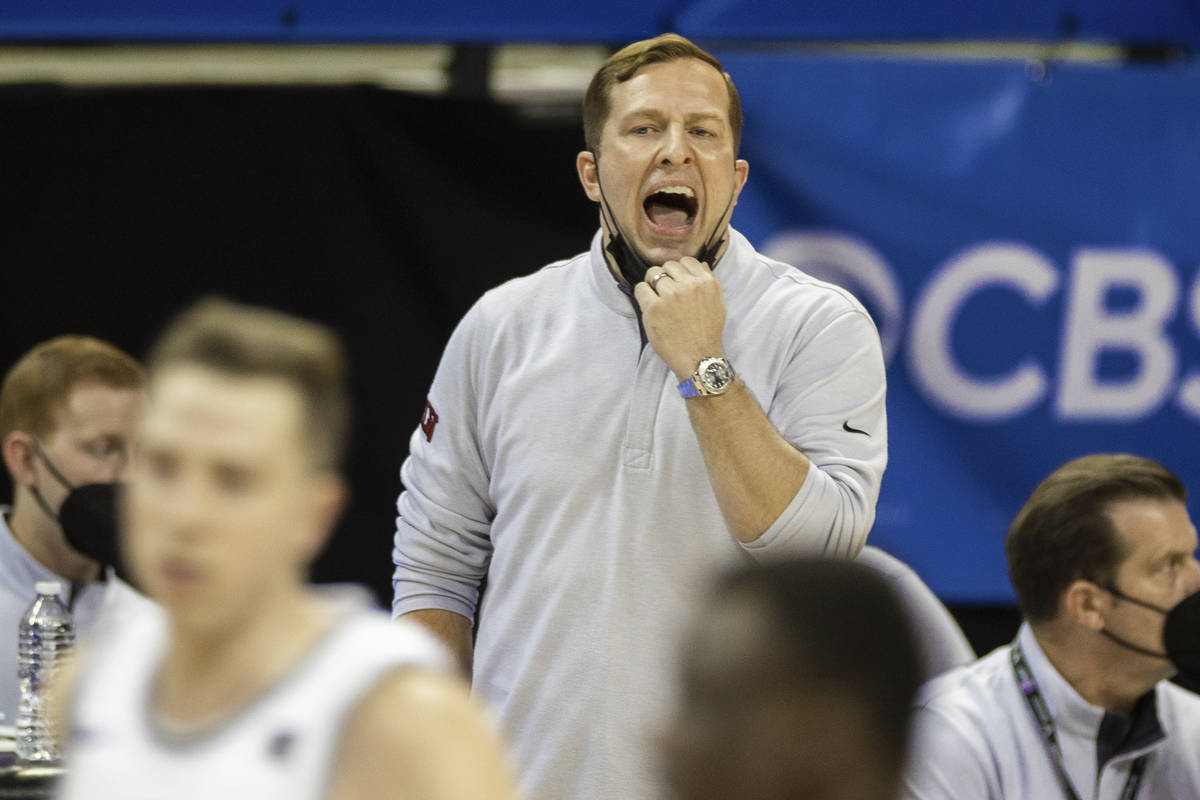 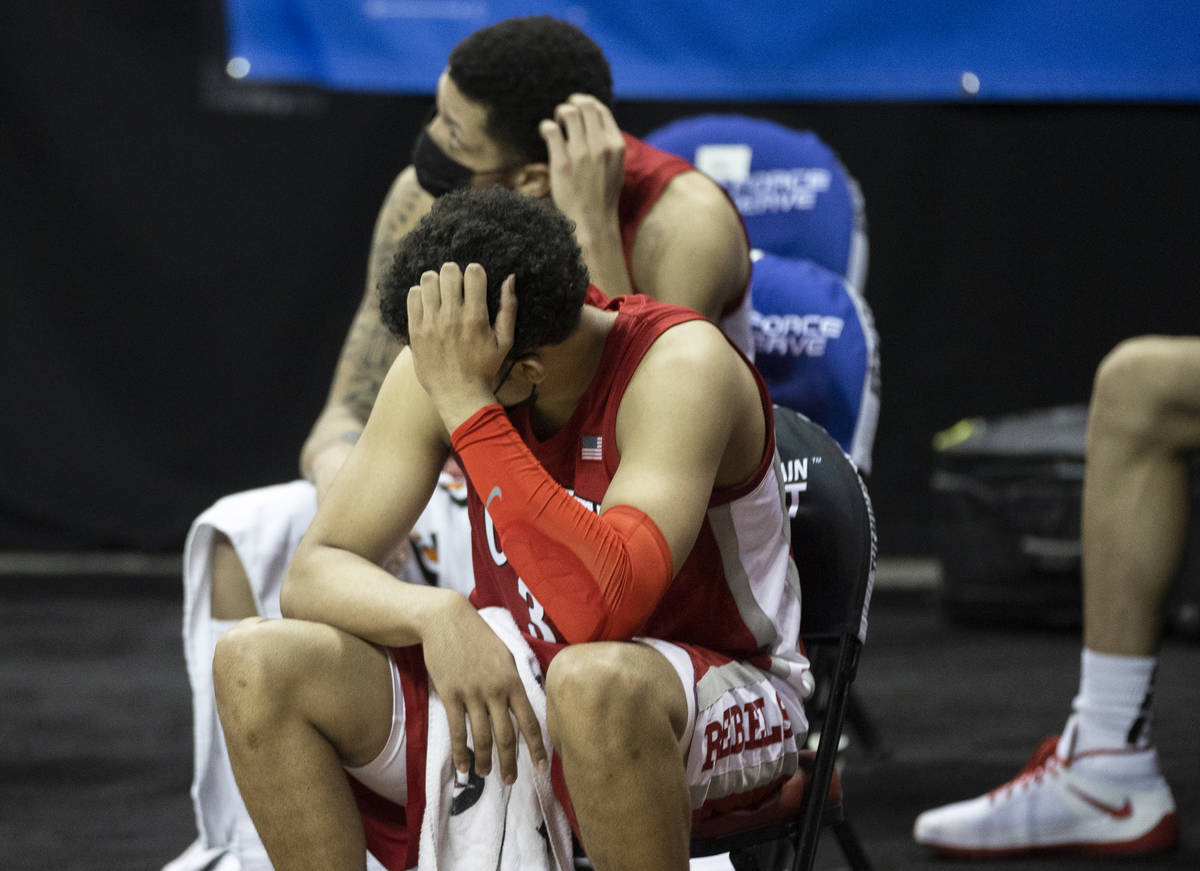 The inevitable became obvious when, on a third consecutive out-of-bounds play in the second half, Utah State’s basketball team ran the same player off the same screen and got the same shot.

He made them all, of course.

And so it went the final 20 minutes of another UNLV season gone nowhere.

It has been eight years since the Rebels beat a higher seeded team in the Mountain West Tournament, and they weren’t about to do so Thursday night.

Utah State rolled 74-53 in a quarterfinal at the Thomas & Mack Center, sending the Rebels into another off-season with far more questions than answers about where things go from here.

T.J. Otzelberger is 29-30 in two seasons as UNLV’s head coach, having inherited what was referred to by athletic director Desiree Reed-Francois as a “win-now program” upon the firing of former coach Marvin Menzies and the ensuing search for his successor.

But there hasn’t been much winning, and Otzelberger certainly doesn’t have a roster good enough to think it can return mostly intact and make a serious run at UNLV’s first NCAA appearance since 2013.

Turnover is coming and it might not end with the players. Otzelberger has already been linked to what is expected to be an opening at Iowa State. I understand there are other factors to sell in Big 12 country regarding him than his time at UNLV.

This remains one of the most telling facts of the season: San Diego State coach Brian Dutcher, as an assistant or head coach for the Aztecs, has been on the sidelines for 34 of his team’s 38 victories in the series against UNLV. Those 34 victories have come against nine head coaches for the Rebels. Think about that. Nine.

For all that UNLV must immediately improve — its skill, its efficiency, pretty much every phase of its defense — it remains this sort of uninspiring program still searching for consistency after all these years.

Which pretty much mirrors the university itself when it comes to stability.

I mean, isn’t it time to hire a new president? It has been a whole eight months.

New faces are coming for the Rebels. How many is unknown. They need better players. They need for a guard like David Jenkins Jr. to be a third option and not a first or second. They need to be far more tough and physical.

To end the team’s post-game press conference Thursday, Otzelberger was asked if he believed there was enough talent on the current roster to win.

“Part of that is playing with your hands up, blocking out, sprinting the floor, screening effectively, moving the basketball,” he said. “Talent is something you look at from a lot of different lenses. To me, talent is doing what is being asked of you every single possession to the best of your ability.

“Obviously, there are players who are taller and can make more shots and have certain physical attributes. I also know with teams, how they fit together is really important. Overall, as I evaluate our roster, I think we have some individual players with talent. But for team success, those talents have to fit together really well.”

If that’s not a message to those players who might return and arrive, I don’t know what is.

And it’s on Otzelberger, should he not bolt for the pipe organs and museums of Ames, Iowa, to also be much better.

Because if the expectations of a third-year UNLV basketball coach isn’t to contend for a conference championship and NCAA berth, then this isn’t UNLV basketball any more.

The consistent alternative of going quietly into the night of another season lost isn’t close to being good enough.

If it’s really about winning now — and the jury remains way out on that idea — can someone step up and finally do so?