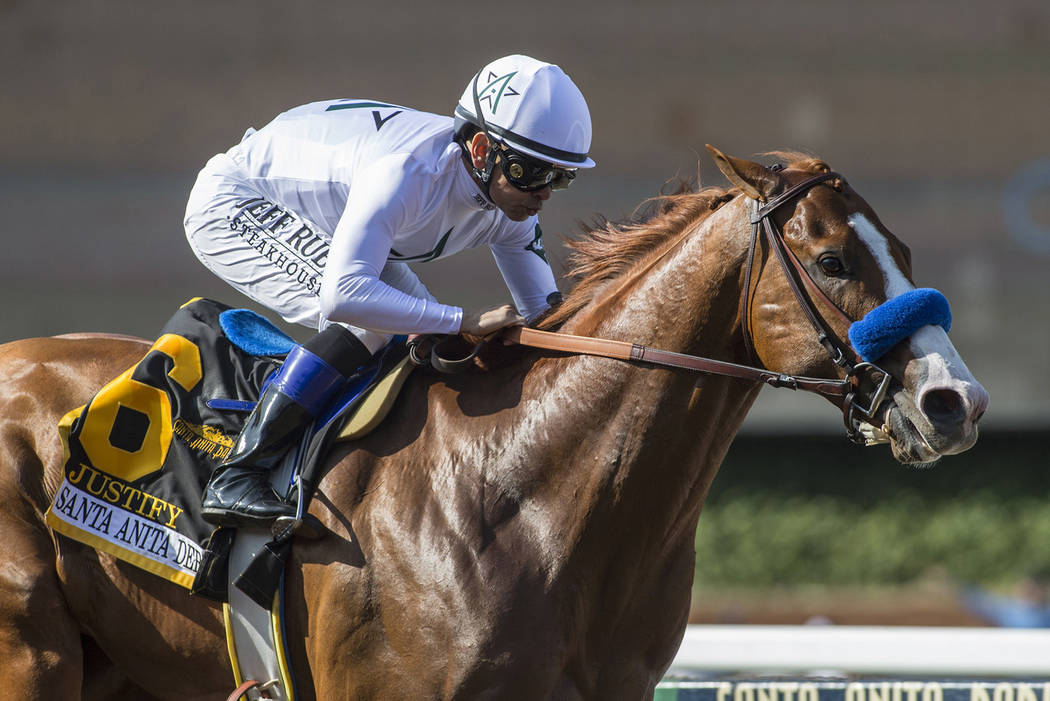 Handicappers who rely on “figs” to seek riches in the Kentucky Derby may wind up, as the Bible puts it, “wretched, pitiful, poor, blind and naked.”

I refer, of course, not to the fruit from the Garden of Eden but to speed figures – those neat numbers meant to sum up how well a horse performed in a given race.

Speed figures are a wonderful tool, particularly when you have limited time to handicap and need to get a quick read on the ability of various entrants in a race. But they are not well suited to deciphering a race as complicated and unique as the Run for the Roses.

The primary shortcoming of any speed figure is that they aren’t nearly as reliable as their creators would have us think. Through various secret recipes, they attempt to reduce such variables as pace, final time, ground lost, track condition and even constantly changing factors like wind speed to come up with a number that encapsulates each horse’s effort.

Even then, the numbers often require some adjustment to make them internally consistent, as Andrew Beyer, the godfather of speed figures, has acknowledged.

That helps explain why they can vary so markedly when it comes to assessing certain races, as evidenced by this chart showing the best Beyer, Equibase and Brisnet speed figures earned by top Derby contenders. How could the Beyer and Brisnet figs, for example, rate Justify, the likely Derby favorite, as the fastest of the bunch based on his Santa Anita Derby victory, while Equibase rates him eighth, slower even than long shot Snapper Sinclair?

Apart from reliability issues, using speed figures to handicap 3-year-olds is inherently more hazardous than using them in races for older horses. The sophomores competing in Louisville are at a stage in their lives when sudden improvement (or decline) in performance is to be expected, so previous figures are not necessarily indicative of how they will do on May 5.

The key is rather to find the horses have been patiently brought up to a peak performance in the Derby by trainers with their eyes on the big prize.

So I hope the moral of this tale is by now clear: Nibble on figs if you must, but dine on something with more sustenance – like pace or form analysis or final fraction comparisons – for the main course.

Though the last Kentucky Derby preps have been run, the #RJhorseracing handicapping crew is not yet done with the 3-year-olds. This week we’re getting an early preview of some Preakness Stakes contenders in the 1 1/8th-mile $125,000 Federico Tesio Stakes as well as some turf runners in $100,000 Henry S. Clark Stakes, both to be run Saturday at Laurel Park.

In the Clark, the ‘cappers are siding with 7-2 morning line favorite Ring Weekend over Even Thunder (15-1) and Caribou Club (8-1). I’ve seen the favorite, a closer, fall short too many times and will take my chances with the fresh Ghost Hunter (9-2).

In the Tesio, which features some intriguing late-developing sophomores, the crew is taking a stand with Diamond King, the 4-1 second choice, on top of Noble Commander (12-1) and Still Having Fun, the 5-2 favorite.

“Ran against some good ones,” Mark “the Godfather” Wayman says of the crew’s pick.

I’ll take Diamond King as well, and box him in an exacta with Godolphin’s beautifully bred Holland Park (10-1).

Join us next week for our weekly handicapping puzzle by emailing me or hopping on Twitter (hashtag #RJhorseracing). It’s that simple.