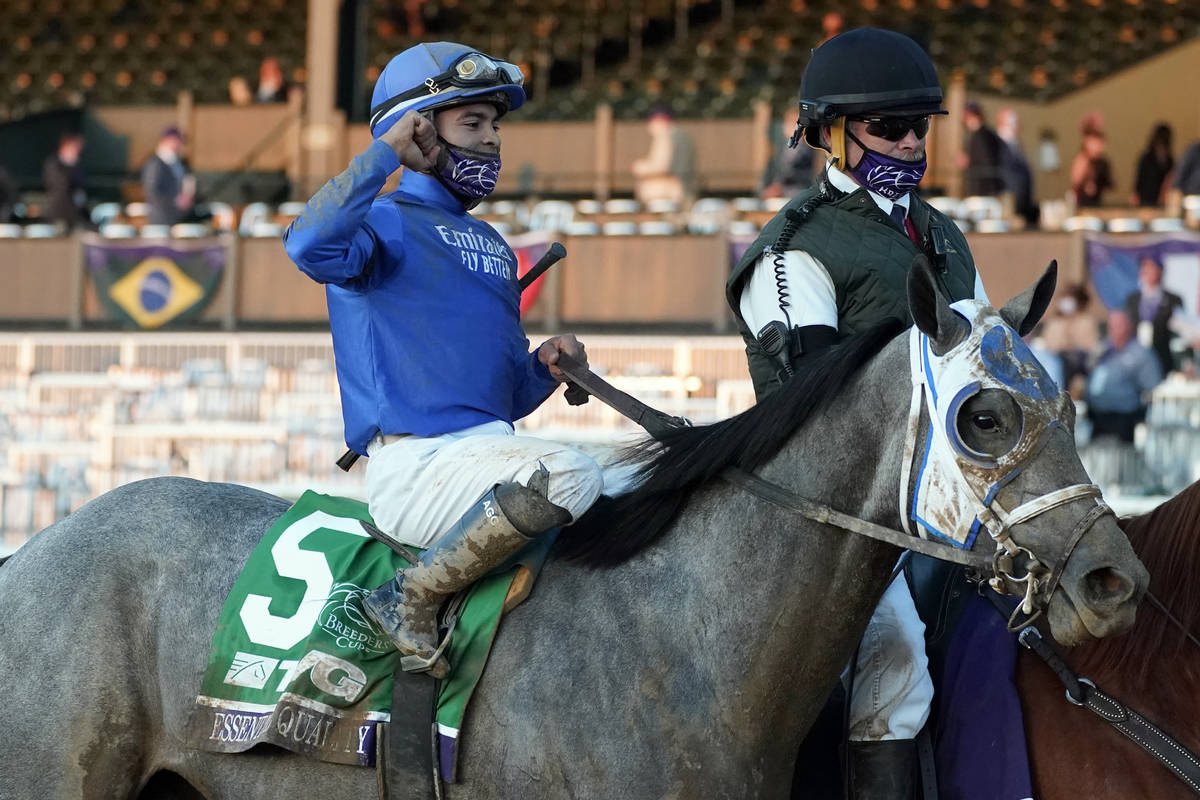 The final pieces of the puzzle that is the 2021 Kentucky Derby will be stamped and cut Saturday, as horses still trying to book a trip to Louisville get their final opportunities to do so in either in the $1 million Arkansas Derby or the $200,000 Lexington Stakes.

A word of warning, though: As with all puzzles, some assembly will be required.

When the dust settles in the last two prep races for the Run for the Roses, which is scheduled for May 1, we should at least be able to predict with some certainty who the Derby favorite will be: last year’s juvenile champion Essential Quality, unbeaten in five career starts, or Concert Tour, who could snatch the mantle if he can run his unblemished record to four for four in the Arkansas Derby for trainer Bob Baffert.

We’ll unpack that and other pieces of the big race over the next three weeks. But in the meantime, let’s see which horses might be able to use this weekend’s races to earn a spot in the starting gate at Churchill.

The Arkansas Derby, a Grade 1 race at 1⅛th mile at Oaklawn Park, drew six horses for what is essentially a pared-down rerun of the Grade 2 Rebel Stakes on March 13. Four of the top five finishers in that race, along with also-ran Get Her Number, are back for a second go. (I’d be remiss if I didn’t note that you will not be able to bet the race in Nevada due to the ongoing simulcast dispute between the Nevada Pari-Mutuel Association and Churchill Downs Inc.)

The race, which will be aired by NBC Sports Network beginning at 4 p.m. PT, will award 170 Kentucky Derby points, meaning a top-two finish should be enough to secure a spot in the Louisville lineup, even if you’re starting from zero.

In the Rebel, 6-5 favorite Caddo River was outrun by Concert Tour into the first turn, prompting jockey Florent Geroux to take the former back and switch him to a stalking position outside. That didn’t work out so well for the Brad Cox-trained son of Hard Spun, as he faded to fifth after briefly challenging Concert Tour on the far turn.

Cox vowed this week that there will be no taking back this time, which could set up a draining speed duel with Concert Tour, who is again drawn to the outside.

I don’t see that happening, since Concert Tour already is assured a starting spot in Kentucky with 50 points. Instead, I think Baffert will tell jockey Joel Rosario to press Caddo River early, then try to pass him in the stretch. That should give Rosario the opportunity to avoid a sustained battle this close to the first Saturday in May.

Concert Tour is listed at even money on the morning line and will almost certainly be odds-on when they go to post. Since I can’t back him at that price and can’t come up with a playable alternative, I’ll likely be a spectator.

The Lexington Stakes, a 1/1-16th mile Grade 3 race at Keeneland, will offer Nevada bettors a decent betting opportunity, though it likely won’t have much of an impact on the Derby picture with only 34 Derby points at stake.

Unbridled Honor (10-1) is my pick, with Hockey Dad (8-1) and Proxy (6-5) posing the biggest threats. The latter pair are the only horses who could sneak into the Derby field with a win.

I’m also going to keep an eye on Bezos (8-1), another Baffert-trained colt who generated a lot of buzz early this year before he even made his first start.