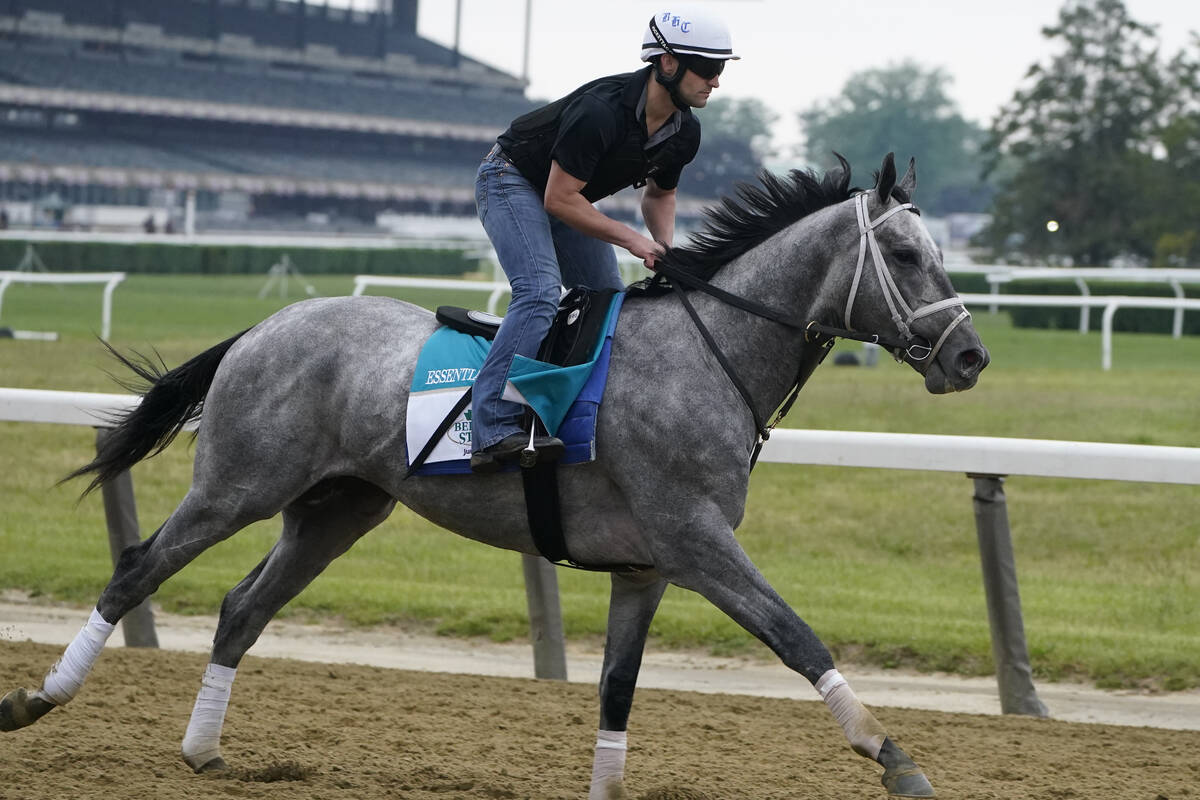 A final flurry of qualifiers for next month’s Breeders’ Cup at Del Mar will enliven the weekend, as will the return of racing to the heart of horse country as Keeneland Race Course opens its 17-day fall meet in Lexington, Kentucky.

We know a lot more about the 14 individual Breeders’ Cup races – each a divisional championship in its own right — than we did two weeks ago, when I compared the emerging picture to an abstract painting. Now it’s more like a photo with a soft focus.

But after 11 “Win and You’re In” prep races over the next three days, it will be about as clear as it’s going to get.

Meantime, here are early looks at a few races to chew on for now:

— The Brad Cox-trained stablemates Knicks Go and 3-year-old Essential Quality figure to vie for favoritism in the $6 million Classic, but some other talented horses are not dodging the top two, including Art Collector, Hot Rod Charlie, Maxfield, Max Player and Medina Spirit (provided the Breeders’ Cup allows embattled trainer Bob Baffert to enter the colt). The race also picked up a likely long shot entrant this week in Stiletto Boy, a well beaten second behind Medina Spirit in last weekend’s Awesome Again Stakes.

— Streaking Letruska, winner of four straight graded stakes, figures to be a solid favorite in the $2 million Distaff. Bonny South, Malathaat, Private Mission and Shedaresthedevil are among those eyeing an upset.

— Sensational 3-year-old Jackie’s Warrior looms a heavy favorite in the $2 million Breeders’ Cup Sprint, particularly after the news that awesome sophomore Flightline will not run. Familiar faces Dr. Schivel, Firenze Fire, Flagstaff, Lexitonian and Mind Control are among those expected to try to end the chalk’s three-race win streak.

— Life is Good, four for five in his career, figures to be favored in the $1 million Dirt Mile. Ginobili, who adores the Del Mar track, and Silver State may be his most threatening rivals.

— Jack Christopher, winner of the Champagne Stakes last weekend at Belmont Park, looms the likely favorite in the $2 million Juvenile. His Beyer Speed Figure was raised by nine points to a 102 after retiming the race because of timing errors by the track. Corniche and Major General also figure to get attention from bettors.

Keeneland Race Course will have a big role in shaping the Breeders’ Cup races as it opens its fall meet by hosting nine of the 11 “Win and you’re in” contests this weekend.

The $400,000 Alcibiades Stakes for juvenile fillies highlights Friday’s opening day card, with the $250,000 Phoenix Stakes expected to help fill in the BC Sprint picture.

Belmont Park also has a pair of Breeders’ Cup Challenge races set: The $250,000 Vosburgh Stakes on Saturday and the $150,000 Futurity on Sunday. Saturday’s Grade 1 Joe Hirsch Turf Classic also will have implications for the $4 million Breeders’ Cup Turf.

Hall of Fame trainer Bob Baffert suffered a legal setback this week when a federal judge in New York rejected a contempt of court motion filed by his attorney seeking to prevent the New York Racing Association from proceeding with a disciplinary hearing.

U.S. District Court Judge Carol Bagley Amon ruled Tuesday that NYRA was not in violation of her order last month that found the racetrack operator had violated his due process rights by suspending him without providing an opportunity to defend himself after his Kentucky Derby winner Medina Spirit failed a post-race drug test.

“The due process (Baffert) is entitled to is why the suspension was lifted,” Amon said in denying the contempt motion. “To create a hearing process does not violate the spirit of that ruling.”

A hearing date is expected to be set at a scheduling conference on Monday.