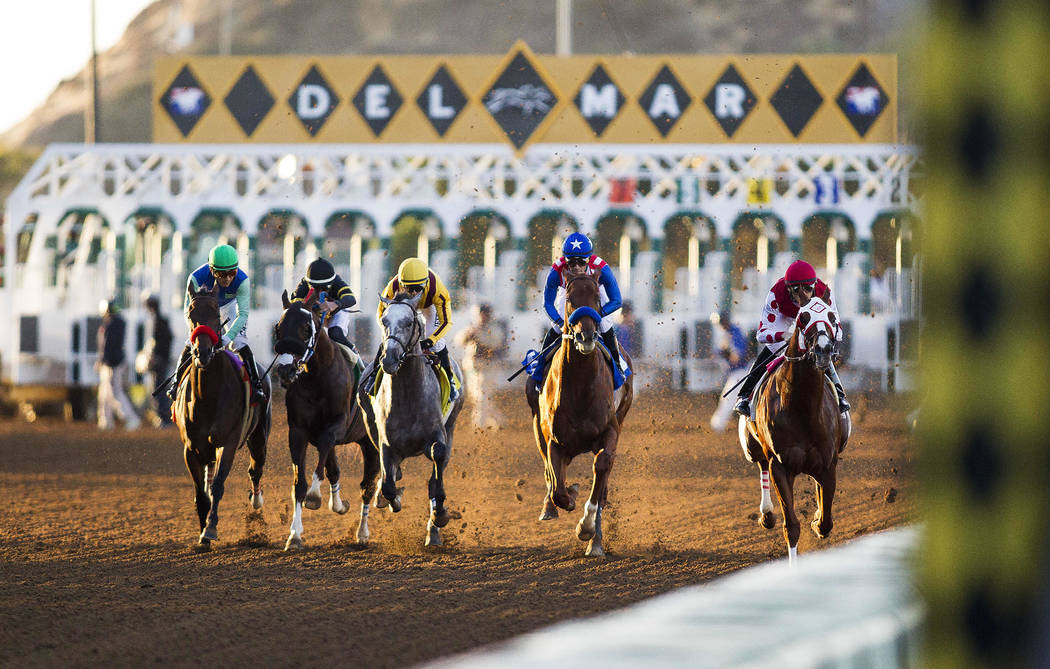 Though the calendar claims that summer started on June 21, horseplayers know the season doesn’t really begin until Del Mar and Saratoga open.

Now we can break out the sunscreen and get the party started.

Racing began Wednesday at Del Mar, the jewel of a track that Bing Crosby built on the Southern California coast, the first card of an 36-day meet that runs through Labor Day, Sept. 3.

Historic Saratoga Race Course, aka the Spa, kicks off its 40-day summer program on Friday, which also concludes on Labor Day.

Anyone who plays the horses knows that the two tracks present great programs week in and week out, offering full fields and excellent betting opportunities. They also offer a chance to see future equine stars, as Triple Crown contenders tend to get their start at one of the meets.

The festive ambiance at both tracks also attracts young and diverse crowds that don’t resemble the habitués you might find hanging out on a weekday at Aqueduct, for instance. In other words, if you can get yourself to either track, you should do it.

Del Mar, a mere five-hour-and-change drive from Las Vegas, will race Wednesday through Sunday each week, with the addition of a final a Labor Day card. First post is 2 p.m. except Fridays, when it will be 4 p.m. before shifting to 3:30 p.m for the final two weeks. The track hosts post-race concerts on Fridays and Saturdays.

Not surprisingly, the #RJhorseracing handicappers will be focusing regularly on races from one of the tracks this summer, beginning with two handicapping puzzles from Saturday’s Saratoga card below. Drop me an email or follow me on Twitter if you’d like to come along for the ride.

Racing lost one of its greats this week when Hall of Fame jockey Manuel Ycaza died Monday in New York at 80.

Ycaza, the son of a Panamanian bus driver, began riding professionally at 14 in his homeland before shifting his tack to Mexico City and then the U.S. He was an almost instant success on the tough East Coast circuit upon his arrival in the late 1950s and went on to ride many great horses of the era, including Damascus, Dr. Fager, Fort Marcy and a personal favorite of mine, Silky Sullivan.

He also helped blaze a trail that was followed by countless other Latin American jockeys. Join me in raising a glass to a late, great competitor.

The #RJhorseracing handicappers are tackling two handicapping puzzles from Saturday’s card at Saratoga: the sixth race, a maiden special weight dash for 2-year-olds, many of them first-time starters, and the 11th race, a $50,000 claiming race for older males at a mile on the inner turf course.

In the sixth, to be run at 5½ furlongs, the crowd ‘cappers are solidly in the corner of 2-1 morning line favorite Nitrous, a son of Tapit, who has the benefit of having a race under his belt. They see Fed Fever (5-1) and Binary (7-2) filling out the trifecta.

I’ll go with Southern Phantom (10-1) based on his win-early pedigree and sharp works, over Most Mischief (8-1) and obvious contender Nitrous.

In the 11th, the crew foresees a contentious contest, narrowly favoring Jess I Am (8-1) over Souperfast (5-1) and Hieroglyphics (7-2).