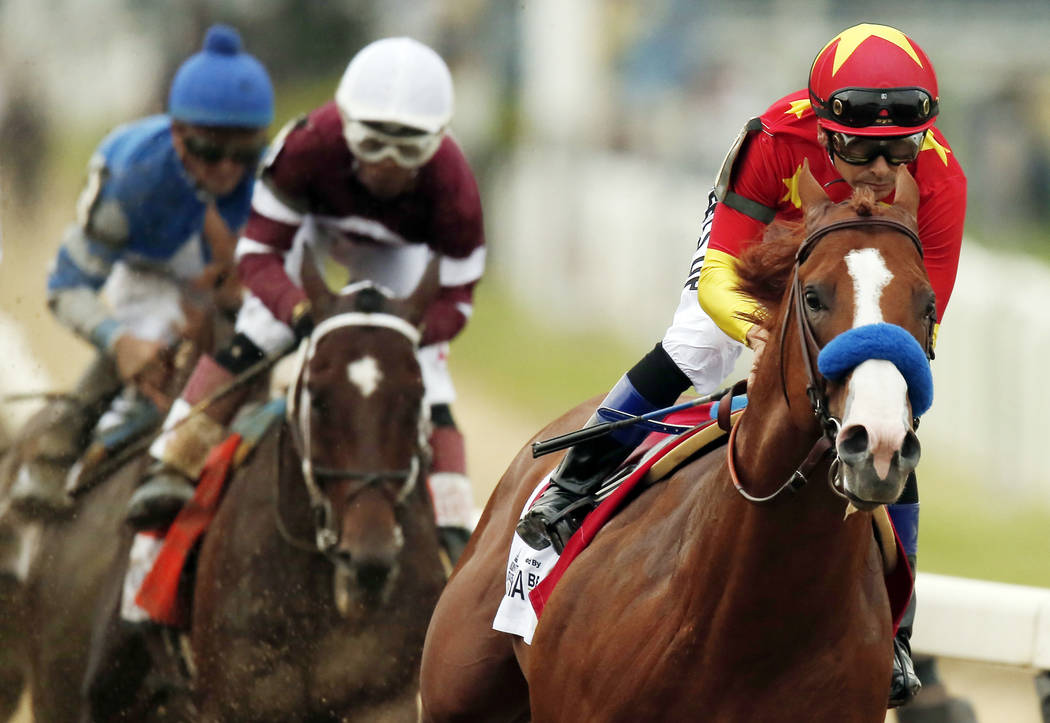 In this June 9, 2018, file photo, Justify (1), with jockey Mike Smith up, leads the field as it approaches the first turn during the 150th running of the Belmont Stakes horse race in Elmont, N.Y. (AP Photo/Andres Kudacki) 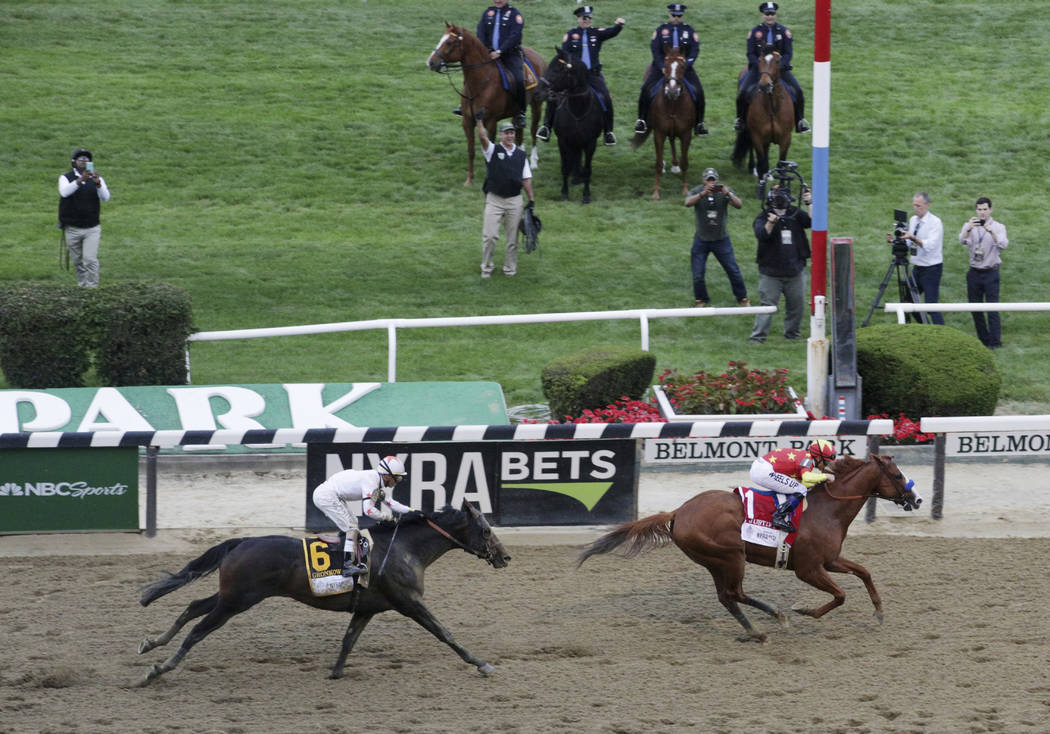 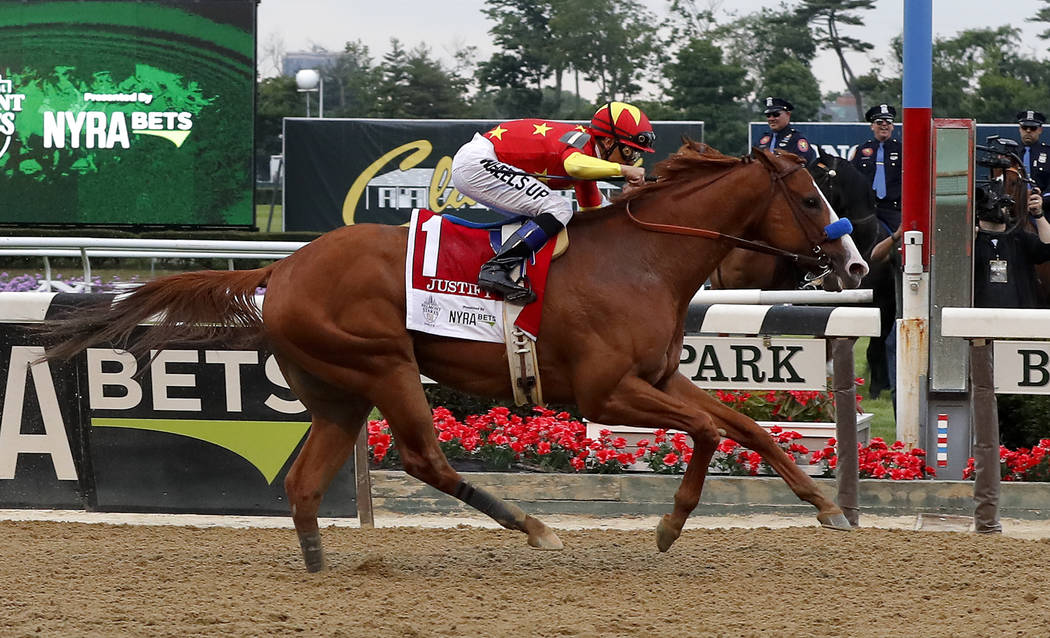 Like a cocktail party guest with whom you had a brief but captivating conversation, the 13th Triple Crown winner came, dazzled and departed after a career that lasted just 112 days, leaving us wanting more – much more.

There is plenty to say about this brilliant colt, who retires with a perfect 6-for-6 record and due credit for ending the “curse of Apollo” by winning the Kentucky Derby without having raced at 2. But today I will dwell on the negative.

I was struck by the reaction Wednesday to word of his retirement, which seemed to largely divide into two camps: “thanks for the memories” and “we’ll look forward to seeing your offspring on the track.”

What wasn’t expressed as often was the sentiment that this is the continuation of an historic trend that robs horse racing of its brightest stars before they can demonstrate the extent of their greatness. Or its corollary thought that amazing racehorses that stick around for awhile tend to create fans who stick around for life.

I don’t pretend to know the severity of the ankle injury that put Justify on the shelf early this month and ultimately led to his retirement, but I do know that the high-end breeding side of the game has long dominated the sport in an unhealthy way.

Consider that there were no plans by his three ownership groups to race Justify beyond the Breeders’ Cup, even if he had remained healthy. That’s because he is worth far more as a stallion — a tentative $60 million breeding deal with Coolmore reportedly has been struck — than he could possibly earn on the racetrack.

It’s a difficult dilemma, and as long as buyers are willing to pay outlandish prices for the offspring of these equine superstars nothing is likely to change. I suspect it will take a crash of the market similar to the “derivatives” implosion that helped trigger the Great Recession to set things right.

In the meantime, racing fans will have a chance to say farewell to Justify on Saturday at Del Mar, when he will be paraded in front of the crowd after the fourth race. I, for one, will be watching carefully for any sign of a limp.

As sad as the news of Justify’s retirement was, the news a few days earlier that jockey Victor Espinoza had been seriously injured in a training accident was much scarier.

The jockey, who swept the Triple Crown in 2015 aboard American Pharoah, will miss the rest of Del Mar meet as a result. The good news is that while he remains hospitalized, the numbness and tingling in his upper extremities that he experienced after the accident have been subsiding over the last couple days, according to his agent, Brian Beach.

In the former, the ‘capping crew is siding with Pee Wee Reese, the speedy 7-2 morning line favorite, over the ageless Soi Phet (12-1) and B Squared (8-1).

Roy H does figure if he’s ready for his best after nearly four months on the sidelines, but I’ll try to beat him with Ransom the Moon (6-1), who should get the kind of outside stalking trip that has been playing well at Del Mar. I have American Pastime (15-1) filling out the tri.

Drop me an email if you’d like to join us next week as we seek out the toughest handicapping puzzles we can find.