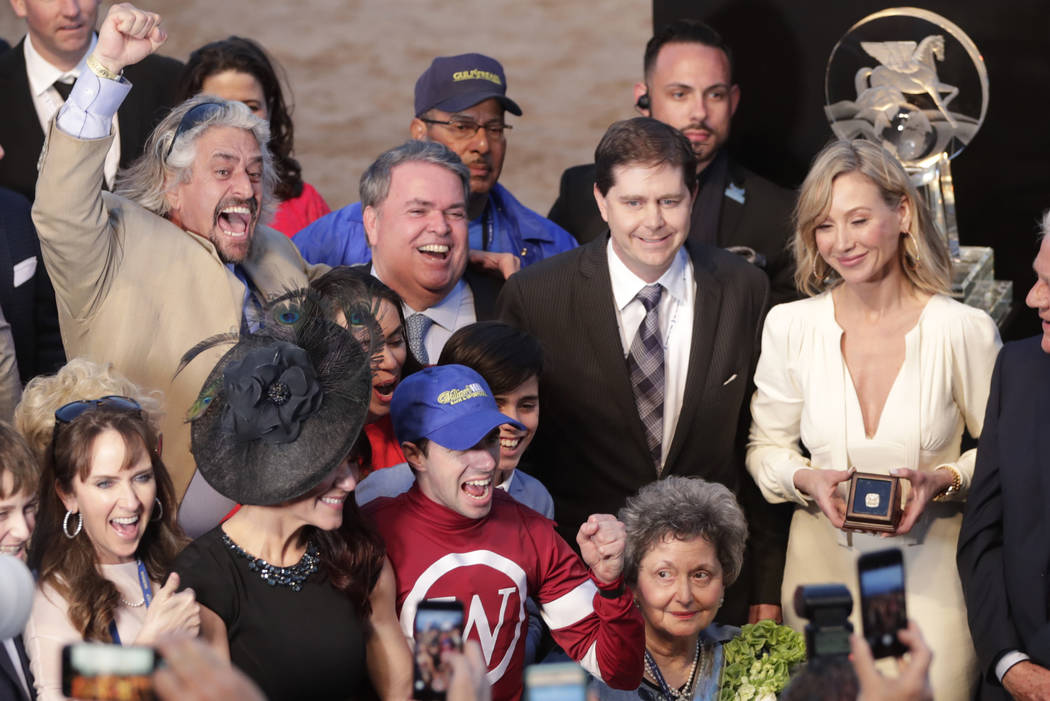 News this week that a newly formed company with Las Vegas and Nevada connections is buying Kentucky Downs racetrack probably won’t instantly dispel the myth that horse racing is a dying sport, but it should get the attention of some gaming executives who appear to believe that’s the case.

Kentucky Racing Acquisition, a new company co-founded by Ron Winchell and Marc Falcone, did not reveal terms of the acquisition of the track in Franklin, Kentucky, which it hopes to complete by early 2019.

Winchell is well known in racing circles as the son of Winchell’s Donuts king Verne Winchell, the co-owner of Gun Runner and the proprietor of Winchell Thoroughbreds in Lexington, Kentucky. He also operates more than 20 gaming locations in Nevada under the Eclipse Gaming Operations umbrella.

But I find Falcone’s involvement more interesting. While Winchell grew up steeped in horse racing, Falcone served as a senior executive at Station Casinos Inc. before leaving the company last year. And before that he worked as an investment banker with Goldman Sachs focused on the hospitality and gaming sectors, and at Deutsche Bank, where he was considered one of the gaming, lodging and leisure industry’s top analysts.

Why would a guy with a business pedigree like that want to get involved with a “dying sport”? I tried to reach Falcone this week to find out without success. I’ll keep trying and report back when I learn more.

In the meantime, Falcone indicated in a statement that his and Winchell’s plans extend beyond Kentucky Downs.

“Our commitment to horse racing extends beyond this announced plan to acquire Kentucky Downs, as Ron and I believe there are other opportunities where our combined expertise and experience can help foster consistent growth for the sport,” he was quoted as saying.

The Kentucky Downs purchase would bring immediate benefit to the company. The southern Kentucky track has turned into a gold mine since it introduced Historic Horse Racing, essentially slot machines that offer pari-mutuel betting. That has propelled the handle at the “European-style track” that offers only turf racing for five days a year from $20 million in 2010 to almost $800 million in 2018.

We might learn Friday whether the company also will be licensed to build and operate a new standardbred racetrack in Oak Grove, Kentucky, about 60 miles west of Kentucky Downs. The Kentucky Horse Racing Commission is expected to award the license to one of three entities — Winchell and Falcone’s company; a partnership between Churchill Downs and Keeneland; or Caesars, which owns the Bluegrass Downs standardbred track near Paducah, Kentucky.

The #RJhorseracing handicappers are avoiding the wintry weather out east and instead tackling two meat-and-potatoes races on Saturday at Del Mar.

In race six, a 6½-furlong sprint for $16,000 claimers 3 and up that have not won twice, the crowd ’cappers foresee a tight battle between the two morning-line favorites — Jump the Tracks (5-2) and Vintage Hollywood (7-2) — with the former winning the balloting by a nose. Livin on Prayer (6-1) was a distant third.

Crowd ’capper Patrick Morrison notes that while Jump the Tracks is the most likely winner, “His odds are too low, so I’ll keep my money in my pocket this week.”

Looks to me as if there will be multiple horses vying for the lead, so I’ll saddle up with Vintage Hollywood over Jump the Tracks. I like Whoa Buddy (5-1) to show.

In the seventh, a maiden special weight for fillies and mares at a mile on the turf, the crew is figuring that Paprika, the 5-2 morning line choice, will conquer Weather Market (6-1) and Radish (4-1).

“Hoping for a tasty dish,” wrote resident quipster Tom Mahoney of the group’s choice, while recommending an exacta with Lovely Finish (6-1).

I’m going with Into Rissa (6-1), who closed well over a speed-favoring track at Santa Anita in her last start and has a good race showing on Del Mar’s turf course. I’ll use Absolutely Perfect (9-2) and Paprika underneath.