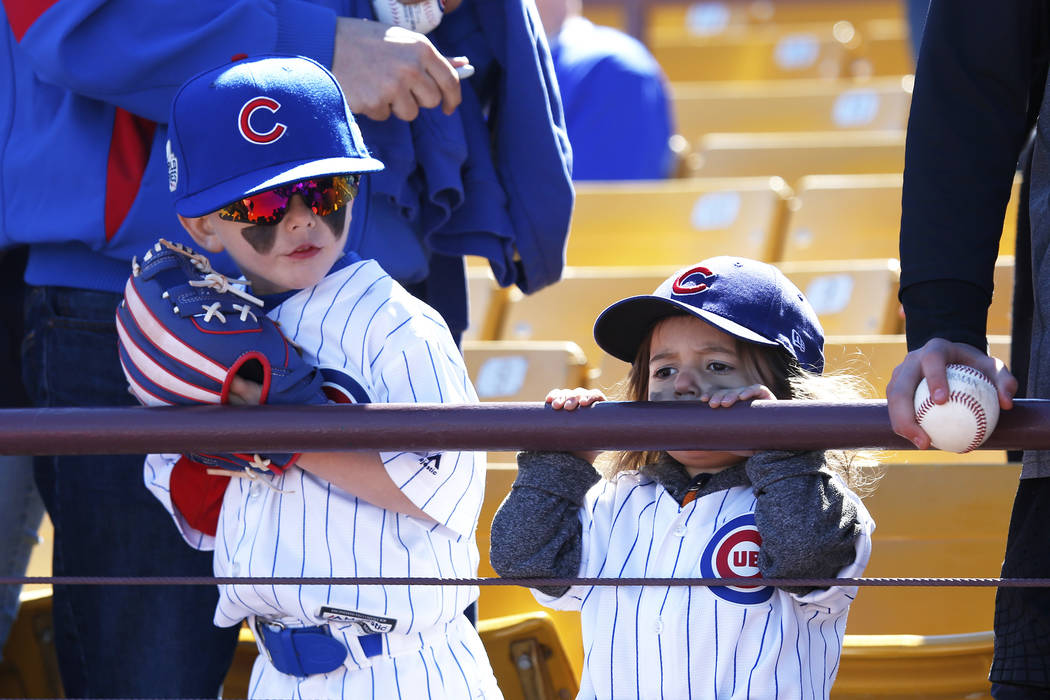 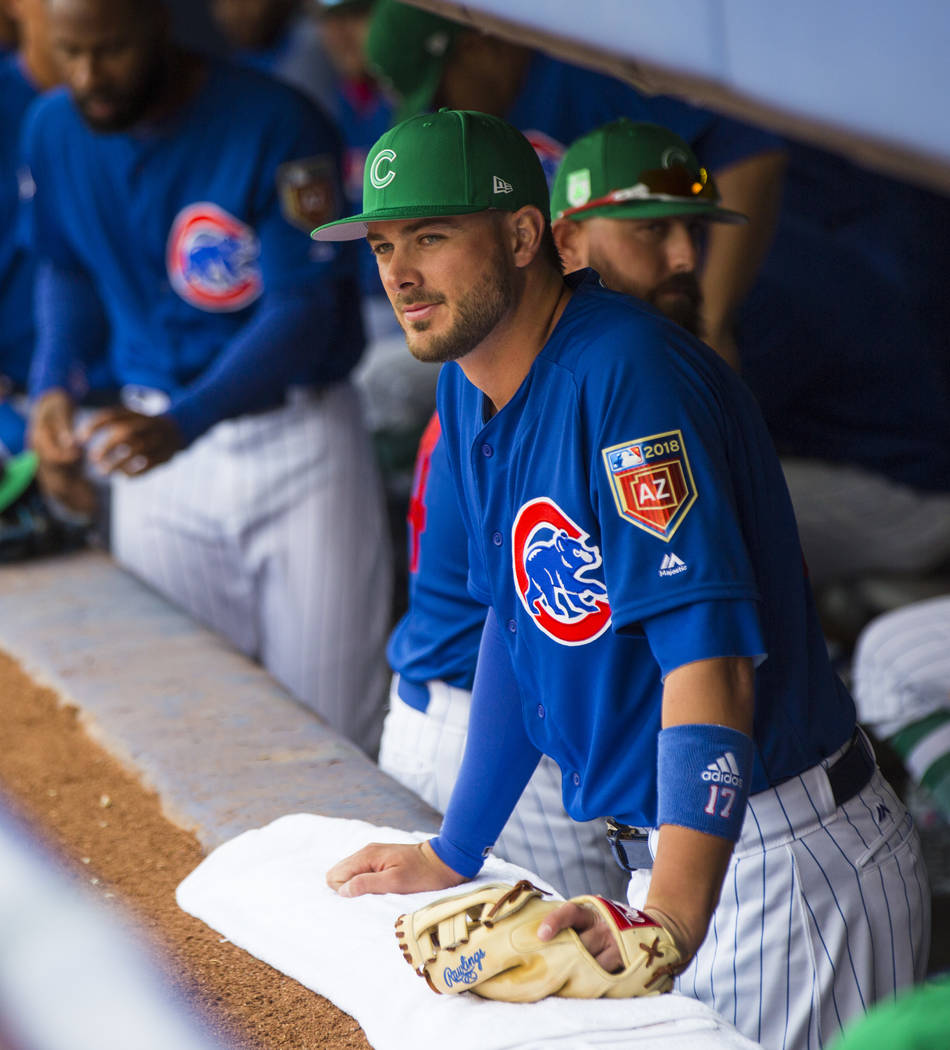 You know the disclaimer on the television listings where it says the schedule is subject to change?

Local baseball fans should take that into consideration as it pertains to the return of Big League Weekend.

Chicago Cubs supporters were wailing and gnashing teeth when the team’s Cactus League schedule was released this week without mention of an exhibition game (or two) in Las Vegas. And this was before the monochrome uniforms.

But after speaking to Chicago front office types Wednesday, Aviators president Don Logan said Las Vegas baseball fans will have another chance to add a Kris Bryant autograph to their collection, or even a Pedro Strop.

The Cubs are returning, he said, with the date, opponent(s) and other details to be determined.

The Cubs were the host team for the past 13 Big League Weekends at Cashman Field before it was canceled this year while finishing touches were being applied to Las Vegas Ballpark.

The Cashman Field attendance record of 15,025 was set April 3, 1993 when the Cubs played the rival Chicago White Sox. Unless the outfield swimming pool is filled in and replaced with a temporary grandstand, that mark is sure to stand as Las Vegas Ballpark seats only 10,000 by most accounts, and significantly less than that according to others.

Dick Butkus probably got a good laugh when the Green Bay Packers (according to opposing coach coach Jon Gruden) groused about playing conditions in Canada on Thursday, and it was decided a preseason game against the Raiders be played on an 80-yard field.

For nearly 50 seasons, including several in which Butkus was running amok, the Chicago Bears played at Wrigley Field, where the end zone on one end was only 8 yards deep and was missing a corner where it dropped without warning into the visiting team’s dugout. The other end zone abutted the outfield wall, which wasn’t protected by ivy during most of football season.

“That last guy gave me quite a lick,” Bears fullback Bronko Nagurski was to have said after clouting naked bricks with a leather helmet.

In a semirelated note, the Yankees and White Sox will play a baseball game on a makeshift diamond in an Iowa cornfield next year, and there isn’t a soul this side of Sioux City who can’t wait to see it.

Sometimes random events give testimony for necessary change.
An 80 yard field? Football teams practice full go on short fields all the time. A few controlled scrimmages and maybe one preseason game ought to be the rule anyway.@packers @Raiders

I’m not sure who will reprise the Washington Generals’ role as collective stooge in the Harlem Globetrotters’ annual Las Vegas appearance at Orleans Arena on Sunday. But the ’Trotters should be wary following Australia’s 98-94 victory over Team USA on Friday.

The loss snapped a 78-game winning streak by the Americans who train in Las Vegas, or at least play H-O-R-S-E here. Because if Team USA was serious about training for international competition and beating an Australian side mostly comprised of G League players, it would do it in Fresno or Flagstaff or some other F-town that doesn’t stay open late.

■ Former Palo Verde High soccer star Matt Polster is working into a supporting role at Rangers FC after leaving Chicago Fire of MLS. Polster played all 90 minutes at fullback in the Scottish side’s 3-0 victory over East Fife in a Scottish League Cup game Aug. 18, after which one Rangers supporter in golf-mad Scotland wrote on Twitter: “He’s got the same accent as Tiger Woods!”

■ When former UNLV basketball assistant Max Good was inducted into the Maine Basketball Hall of Fame on Aug. 18 he had a surprise presenter. Caron Butler, who spent 14 seasons in the NBA and played for Good at Maine Central Instititute prep school, performed the honors.

Congrats @CoachMaxGood! Appreciate your friendship and mentorship over the years. Hall of Fame Coach and Hall of Fame person.

■ The 1990s “Grandmama” campaign for Converse featuring UNLV basketball legend and former Charlotte Hornets’ No. 1 draft pick Larry Johnson made Yahoo’s list of unforgettable sports commercials. “Everybody in the stands had a big gold-toothed grin, a pillbox hat and a gray wig,” ad executive Rich Herstek recalled of Charlotte Coliseum after the iconic commercial, based on a photo of jazz legend Ella Fitzgerald, came out.

Twitter user @RyanCarlHill, after Westgate bettors complained to SuperBook director Jay Kornegay upon learning there would be no refunds for wagering on an NFL preseason game played on an 80-yard field:

“I’m sure they simmered down once they lost the other 7 games on that $5 8 teamer.”

I'm sure they simmered down once they lost the other 7 games on that $5 8 teamer. 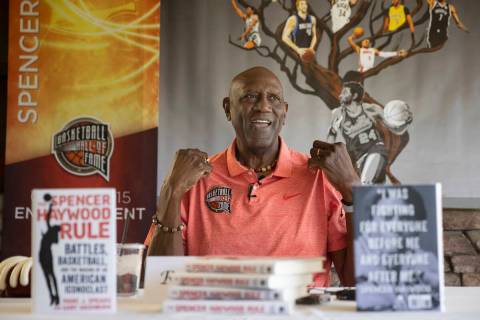 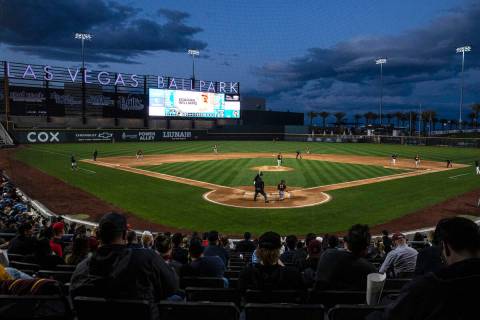 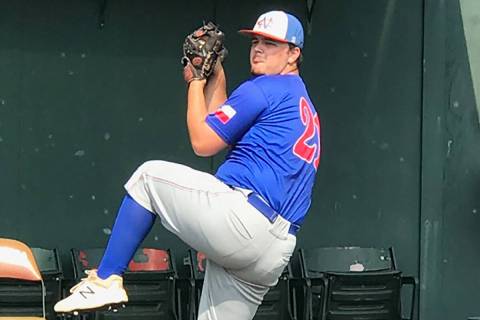 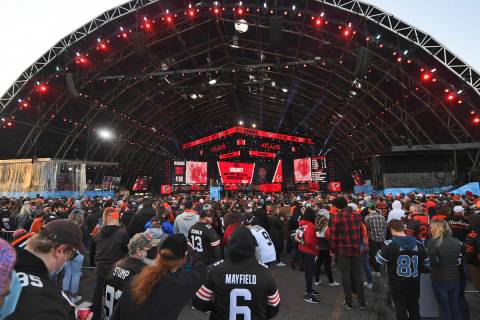 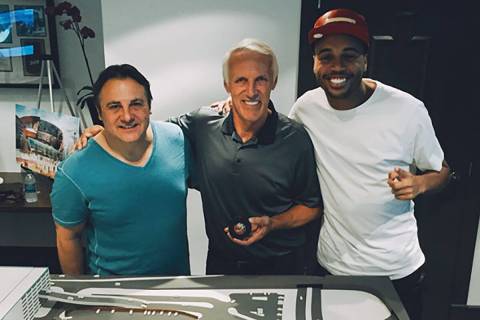 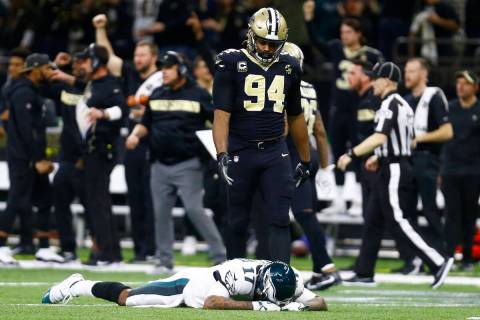 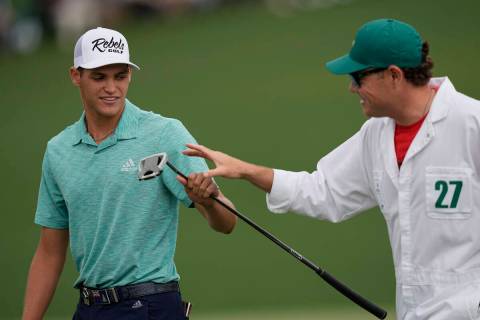