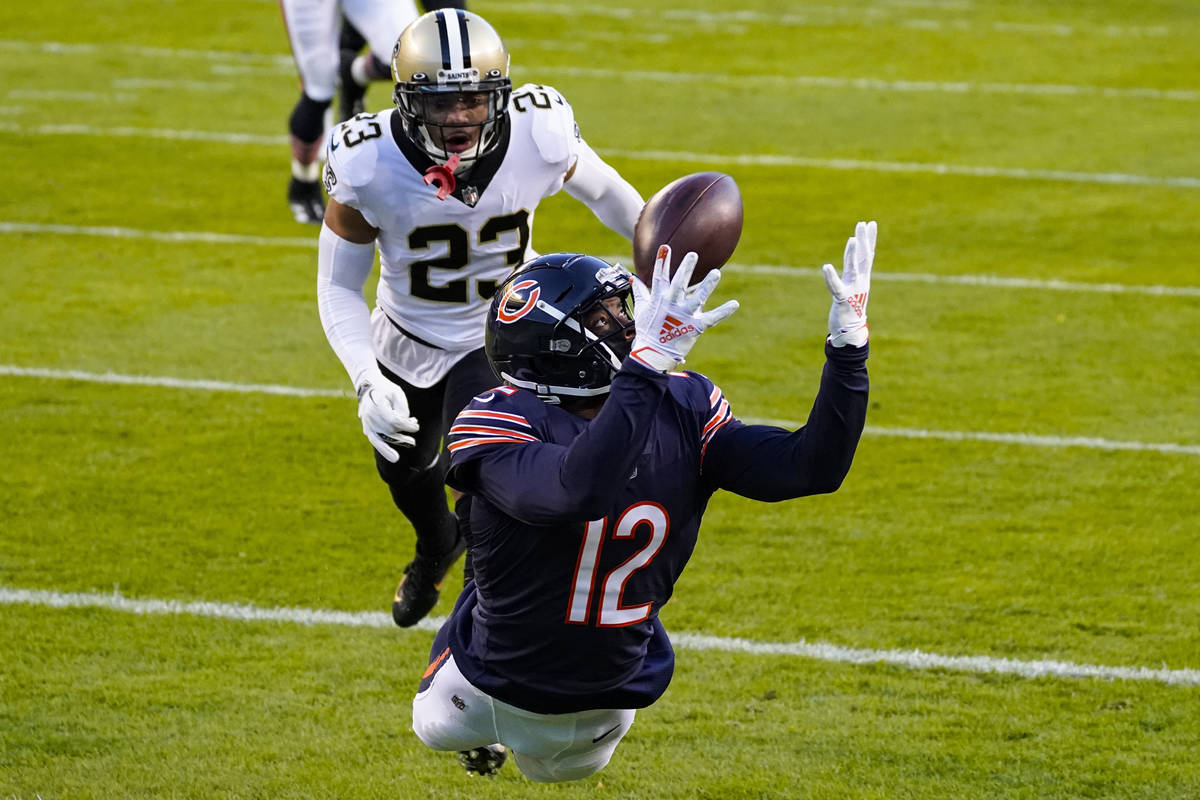 There seemed fewer stories about people’s New Year’s resolutions this year. There are a lot more things going on that deserve a lot more of our attention.

But if one resolved to watch more NFL playoff games on TV, one should be plenty resolute by Sunday night.

Last March, at about the same time COVID-19 was starting to germinate, the NFL expanded its Super Bowl tournament to include 14 teams. It had nothing to do with the pandemic but will give football fans more to watch amid the virulent bug’s continued residency, which hopefully won’t be as long as Celine Dion’s at Caesars Palace (16 years).

There will be six wild-card playoff games this weekend, two more than usual, per the edict of NFL owners linked to the league’s new collective bargaining agreement. The CBA also was ratified last March when we were loading up on toilet tissue and hand sanitizer.

In addition to changing the complexion of the postseason and making those of us on the West Coast get up a little earlier this season and in seasons to follow, the expanded playoffs are expected to add multiple commas and zeroes to the NFL’s bottom line.

They also have made the Washington Football Team and its 7-9 record a big story, and Nickelodeon a thing.

There are so many playoff games on TV this weekend that Nickelodeon had to be activated from the practice squad of TV networks to accommodate them. Coverage will begin with “The SpongeBob SportsPants Countdown Special,” and I swear I’m not making that up.

Full disclosure: Don’t fret if you don’t get the SpongeBob SquarePants network. “The NFL Wild Card Game on Nickelodeon” — it too, has an official title — is a simulcast of the Bears-Saints first-rounder on CBS.

But because kids have parents, and because parents who haven’t been laid off during the pandemic still have money to spend on kids’-sized jerseys with Drew Brees’ and Mitchell Trubisky’s number on back — the latter may soon be available at a greatly discounted price, according to those who write on internet message boards devoted to the Bears — putting a playoff game on Nickelodeon makes perfect sense.

This weekend sort of reminds me of when all the major bowl games were played on one or two days, except that you know the names and jersey numbers of most of the players.

It’s being called Super Wildcard Weekend. No mention of SpongeBob SquarePants. But unlike the Gaylord Hotels Music City Bowl presented by Bridgestone, at least you can tell what it is by its description.

It is such a big deal that NBC, which has the Washington-Tampa Bay and Cleveland-Pittsburgh tasty first-rounders, set up a teleconference during which you were allowed to ask broadcasters Al Michaels, Cris Collinsworth, Mike Tirico and Tony Dungy questions.

During the abominable Eagles vs. Washington regular-season finale game in which a deer blinded by headlights would have given Philadelphia (and the New York Giants’ playoff hopes) a better chance than Eagles backup quarterback Nate Sudfeld, Michaels provided a counterpoint to the NFL’s TV ratings being down.

“I said ‘Yeah, we went from number one to number one.’

“The reality is if we’re tanking, then the whole world is tanking. It’s still the number one show on television. It’s still, I think, appointment television for a lot of people.”

His retort reminded me of David Halberstam, the esteemed author, and his literary colleagues who would cease turning ordinary words into prose each Sunday when televised pro football first became a thing.

Halberstam said when he and the wordsmiths discovered the game via low definition rabbit ears, pro football still was something of an “aficionado’s sport.”

“The people lucky enough to have a team in their region — and own season tickets — knew how good it was; to the rest of the country, it was something of a secret,” Halberstam wrote. “The moment it was married up with network television, it became a huge success.”

It also puts one in mind of that commercial for Coors beer or Tostitos, where a guy plops down on the sofa and asks his buddy who’s playing football on TV, and the buddy replies “Does it matter?”

These guys were portrayed as neither the best nor the brightest, per the title of Halberstam’s definitive book about the Vietnam War. But I have a feeling the author and his literary pals would have enjoyed watching Super Wildcard Weekend with them.