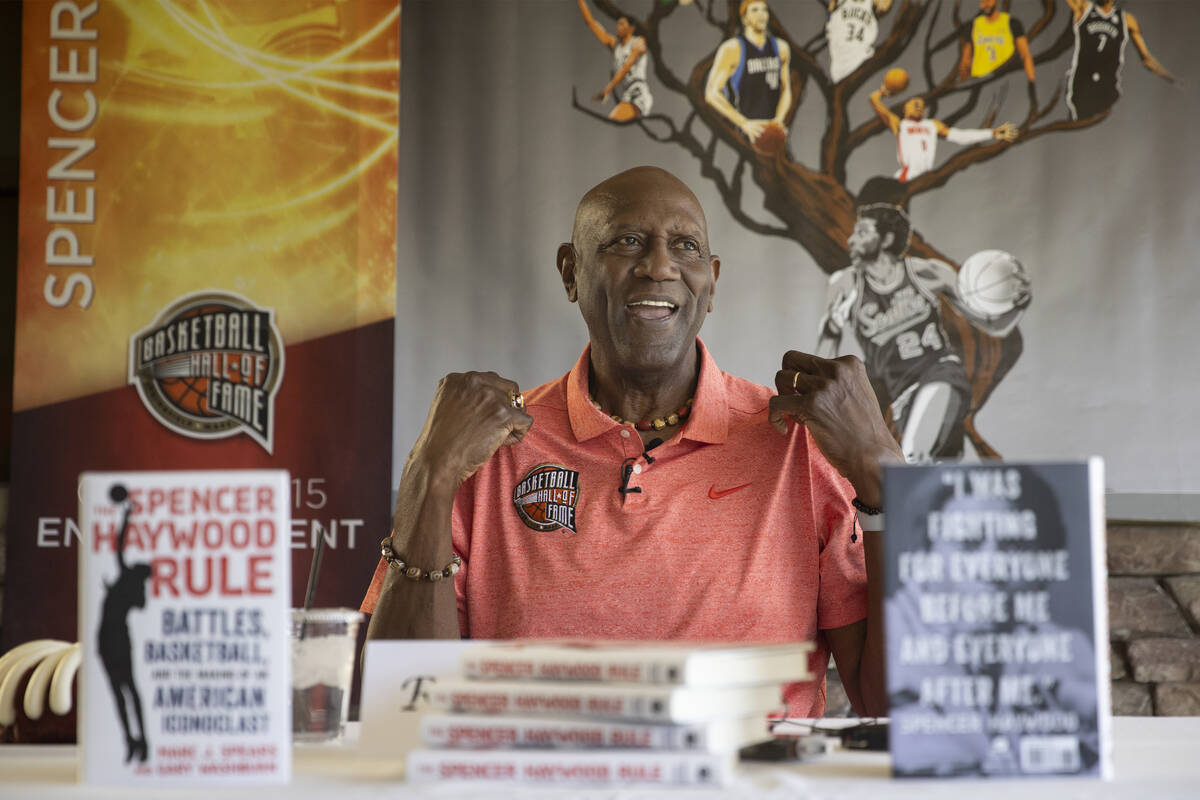 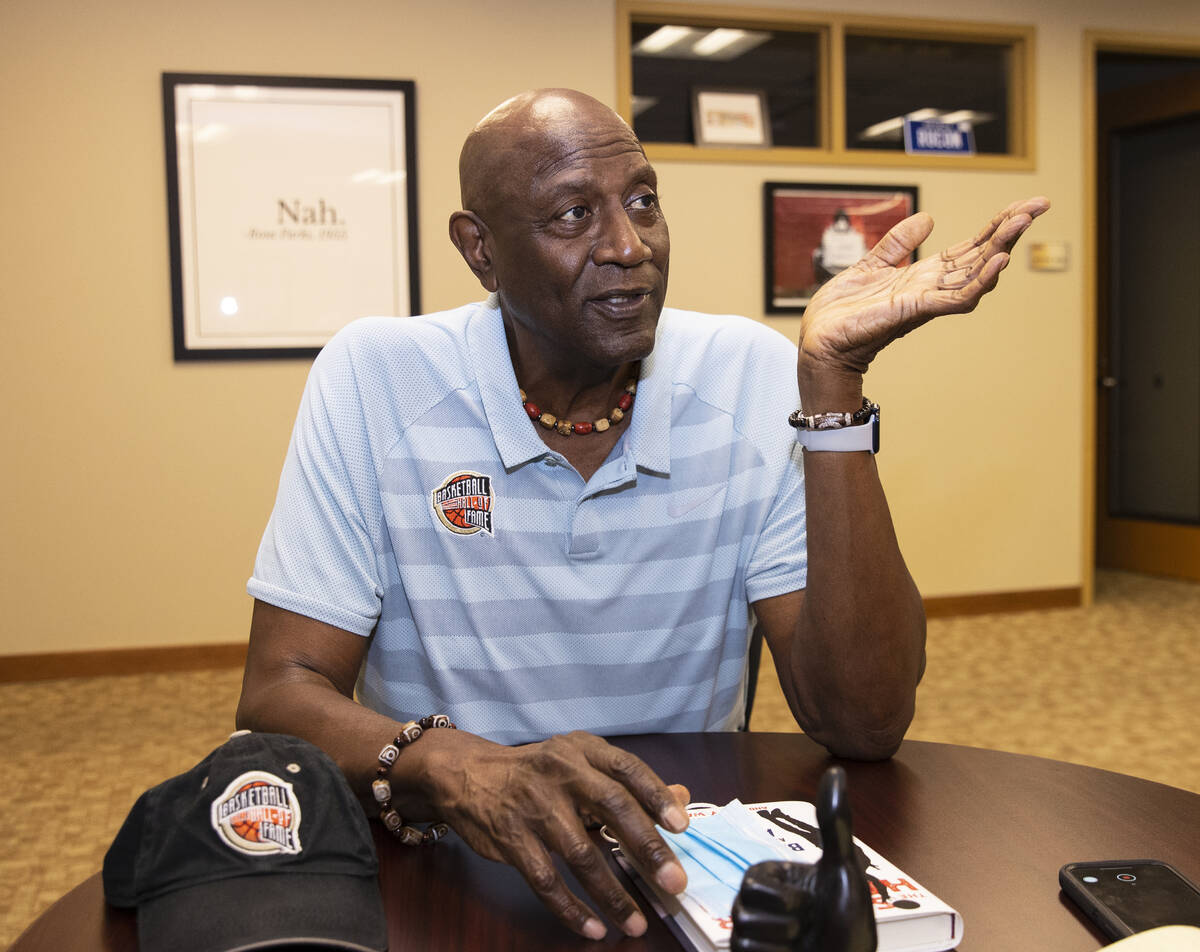 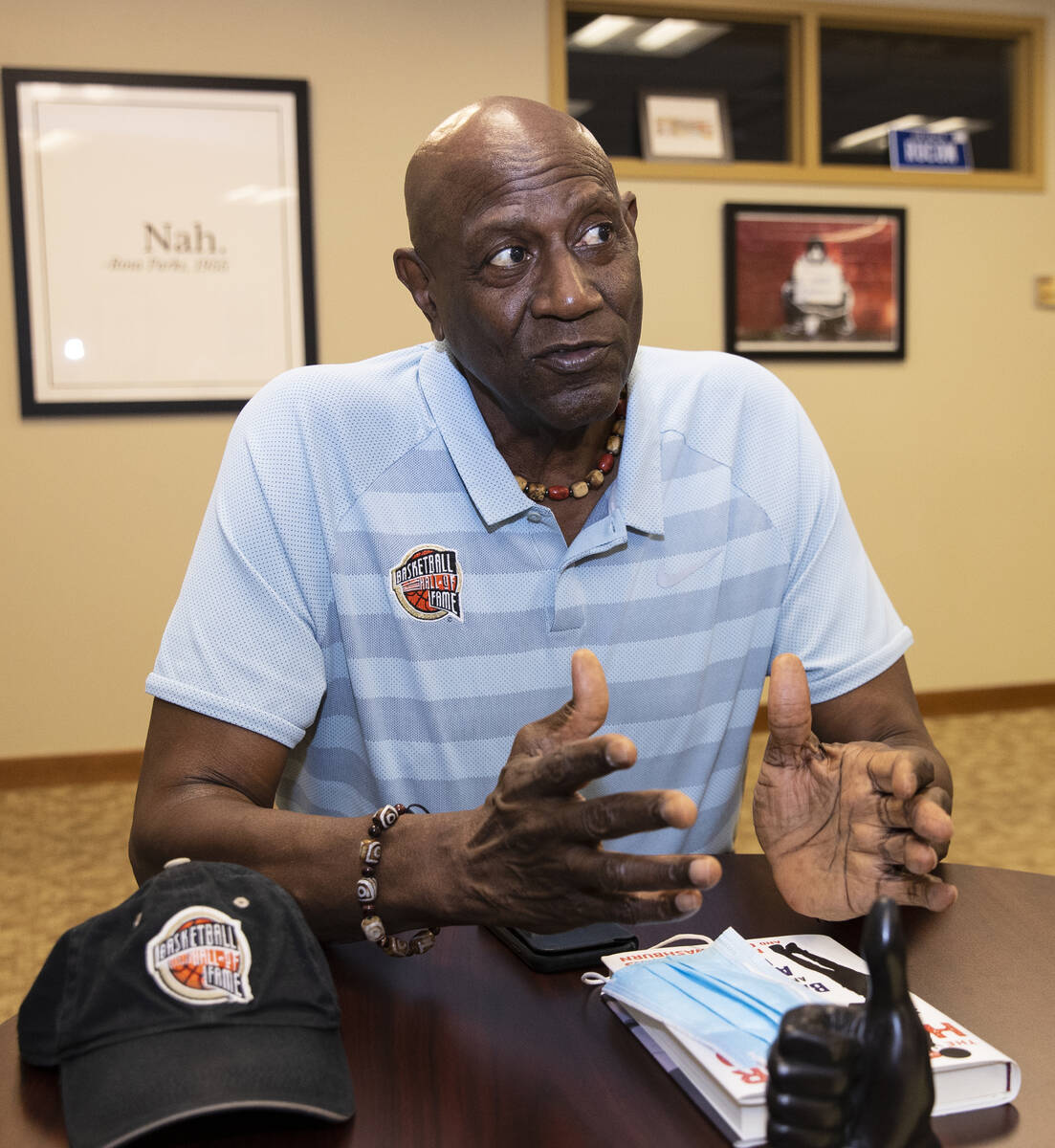 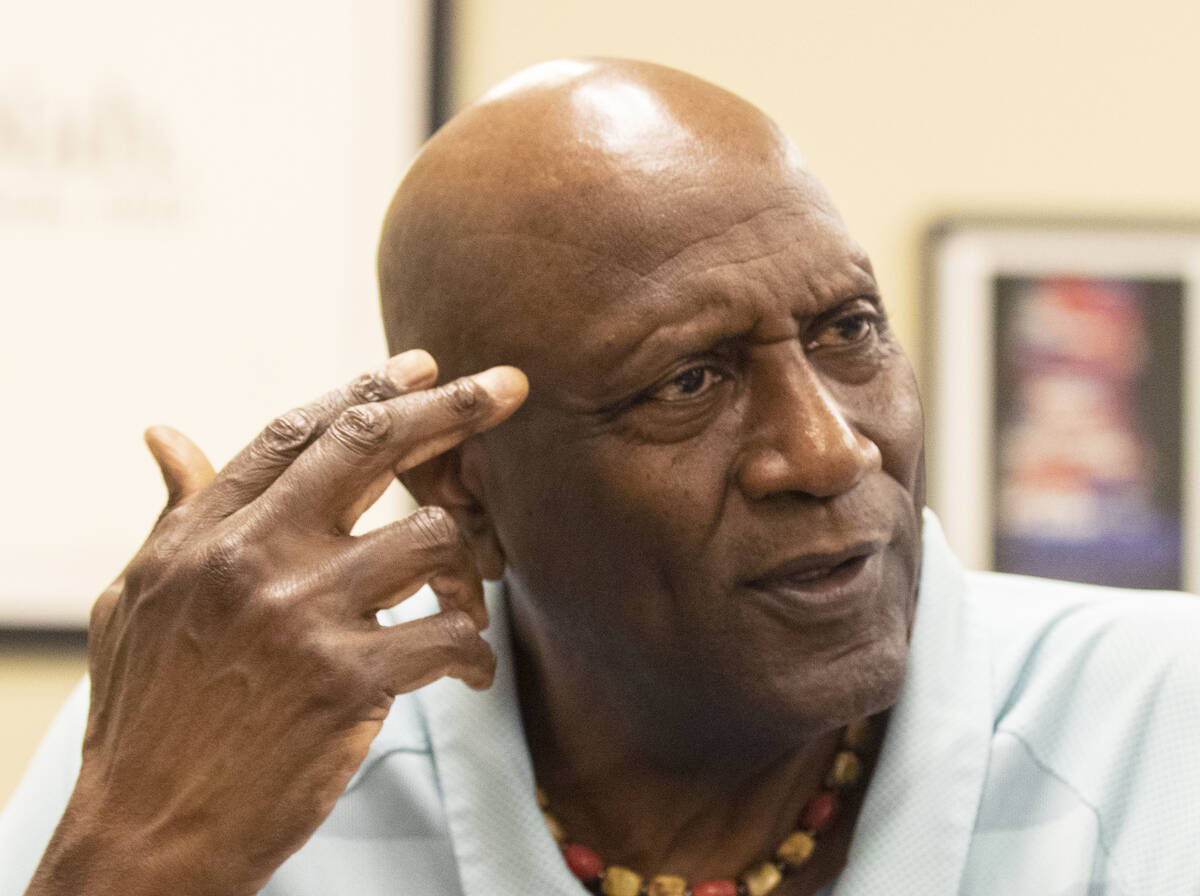 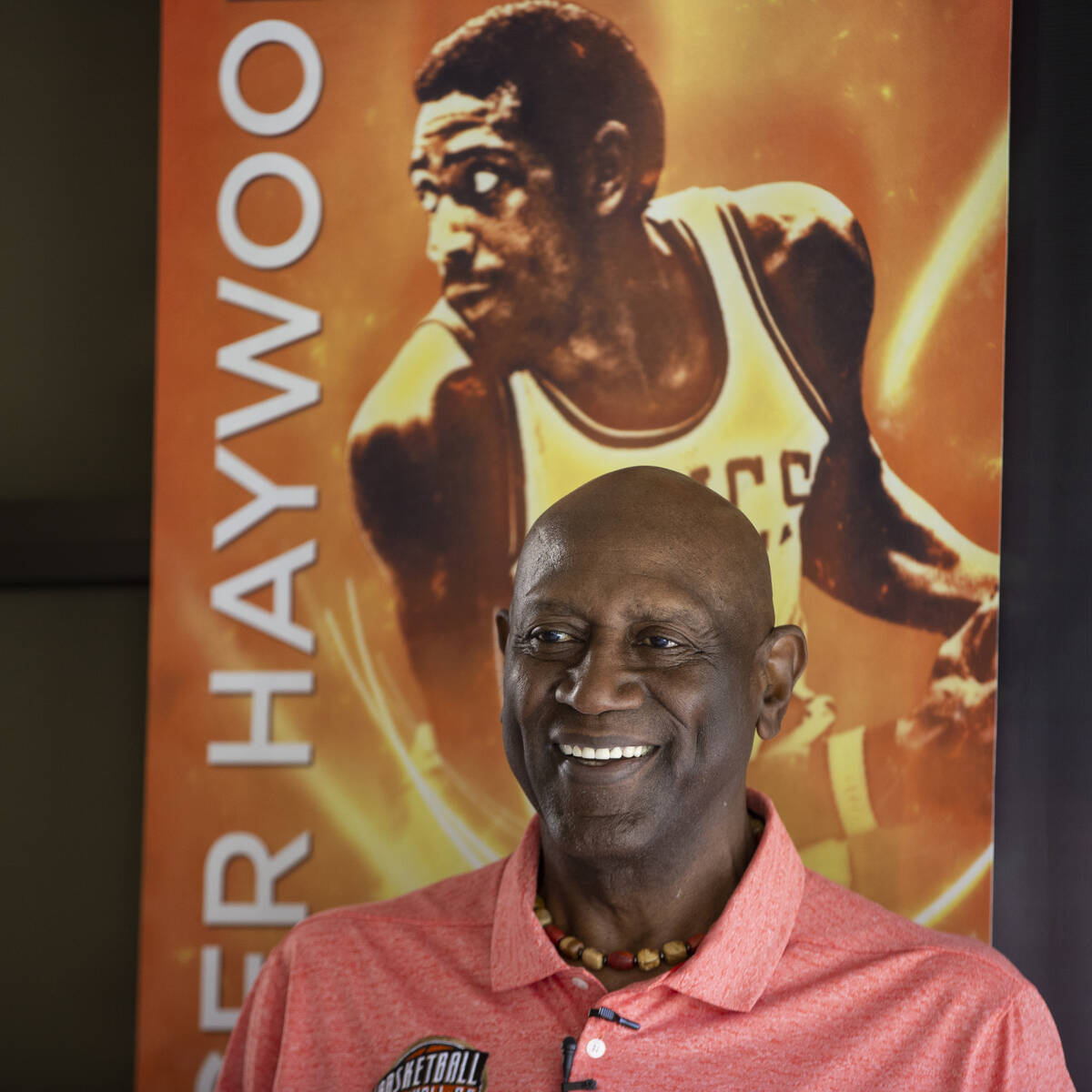 The penultimate episode of “Winning Time: The Rise of the Lakers Dynasty” ended with Spencer Haywood putting out a contract on his former teammates while in a cocaine-fueled haze.

Suffice it to say that HBO’s portrayal of the longtime Las Vegas resident during the advent of the team’s glory days was less than flattering.

But sometimes even the darkest of clouds can have a purple and gold lining.

Haywood was in Los Angeles recently to help Kareem Abdul-Jabbar celebrate his 75th birthday. He was with the big man, Magic Johnson and James Worthy at a Lakers game against Oklahoma City when players from both sides, led by LeBron James, came up to greet them.

“I think they’re gonna grab Kareem, but they’re grabbing me and saying ‘thank you, thank you’ … and I’m like, what the (expletive) is going on?’ ” Haywood, 73, said Friday from his home in Southern Highlands.

Unbeknownst to most of the young NBA players, at least not before it was mentioned in “Winning Time” — the final episode of Season One airs Sunday — was the Hall of Famer’s antitrust suit against the NBA that went all the way to the Supreme Court.

The league ultimately agreed to a settlement that allowed players to enter the NBA before their college class had graduated, resulting in a $33 billion windfall in salaries for those who came after him, according to Haywood.

“Why are y’all recognizing me now?” the former power forward said about the many fist bumps he received at the Lakers’ game. “They said because of ‘Winning Time.’ I said, ‘Ain’t this some (expletive).’”

The former American Basketball Association MVP and four-time NBA All-Star said reliving some of his darkest days via the HBO series and actor Wood Harris, who plays him, was “rough.”

“But I’m not like Kareem, Magic, Jerry West and everybody who’s cutting it down,” Haywood said. “It’s pretty true because I did have a fall. They have taken the worst year of my life and made it into a movie.

“I know that everybody else is mad. But from my experience on that team, I think 95 percent of (what was shown) is true.”

He said many of the players who approached him in Los Angeles and reached out via text messages and email said they want to contribute to the retirement home for NBA and WNBA players that Haywood wants to build in Summerlin alongside the Roseman University College of Medicine, where he serves on the advisory council.

He also hosts an Amazon Music podcast — recent topics have included his advocacy for treating post-traumatic stress disorder (which he said led to his substance abuse) and other mental health issues — and Friday taped an episode with the actors who played Kareem and Magic in “Winning Time.”

To top it off, Amazon has even raised the rental price of “Spencer Haywood: Full Court” — a 2016 documentary about his rise from impoverished beginnings in Mississippi to induction into the Naismith Memorial Basketball Hall of Fame — from 99 cents to $1.99.

“The stock market is falling, but I’m going up in value,” Haywood said with a hearty laugh.

“I was working out the other day, and my trainer said with all this publicity you’re getting, maybe you can even get a 10-day contract.”

Wood Harris absolutely kills his role as Spencer Haywood (just like every other role he has).

■ Four days before he was fired as Raiders president amid a fallout over what he said was a hostile work environment, I spoke with Dan Ventrelle and his daughter, Brooke, the Bishop Gorman softball team’s shortstop, about a proud father making time to watch an appreciative daughter play ball.

If anything was bothering him, he didn’t let on.

Dan Ventrelle said he was fired by Mark Davis in retaliation to concerns he brought up of a hostile work environment within the organization, that were ignored. Then he brought them up to the NFL. He has retained legal council regarding his firing. #vegas #raiders #raidernation pic.twitter.com/jDzzdgmqtl

Have a day, Bryson Stott … 2 for 2 with a walk, 3 runs scored, 3 RBIs and this two-run bomb over the bullpen pic.twitter.com/ANlKtGrVAq

Another quick take on pro football in the springtime, as observed by UNLV football information director Mark Wallington on Twitter:

“The best part of watching #USFL games is realizing that the bug you think is crawling across your TV screen is actually a drone.”

The best part of watching #USFL games is realizing that the bug you think is crawling across your TV screen is actually a drone. 📺 🐜🏈 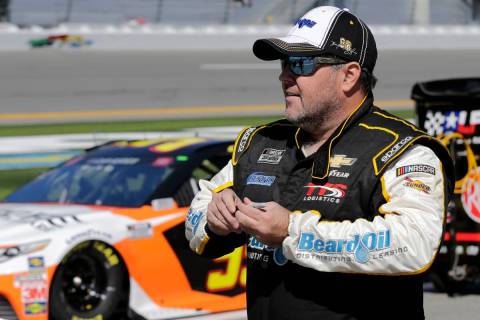